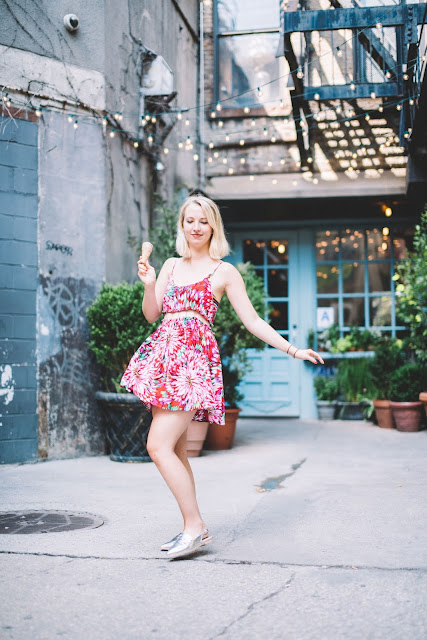 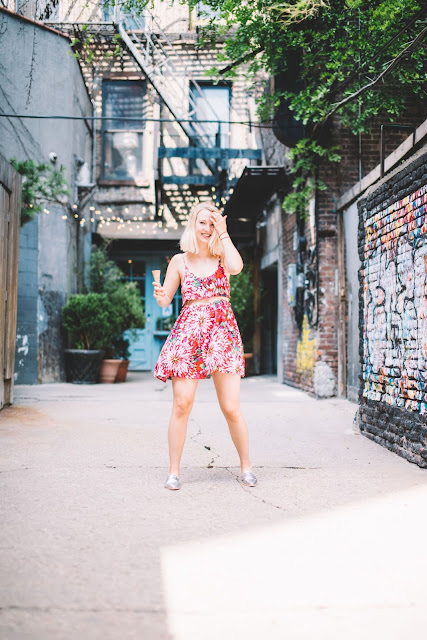 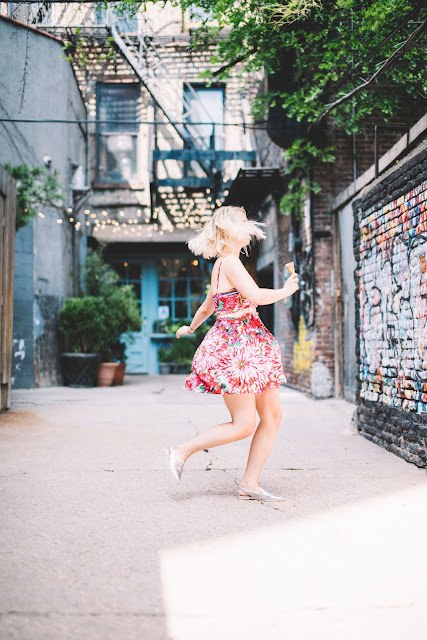 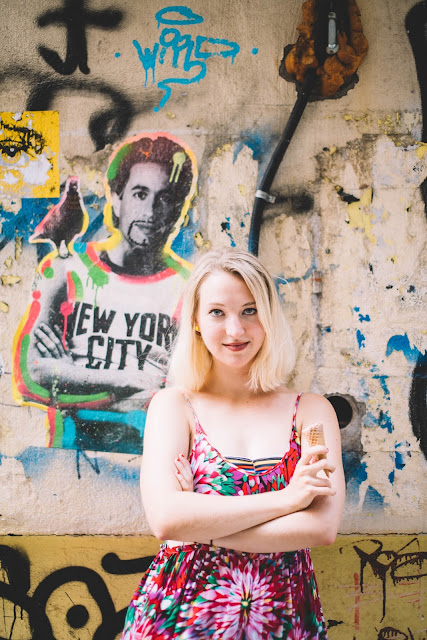 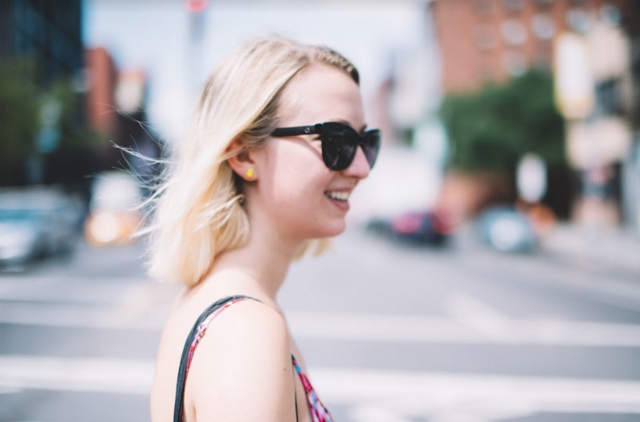 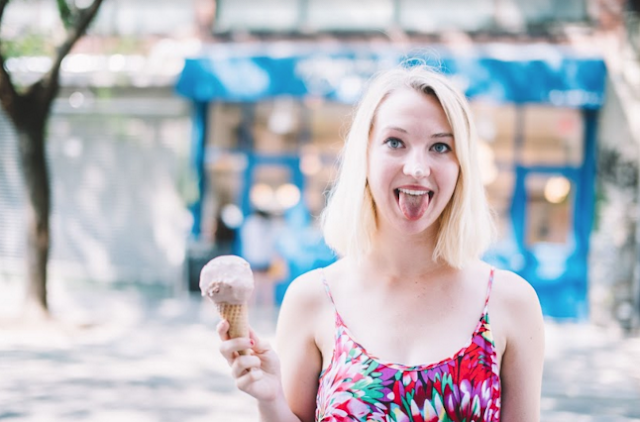 I’ve enjoyed spending more time in the city this summer, reveling in the many fantastic spaces on offer in my own backyard. But beating the heat is no easy feat, especially when temperatures regularly soar upwards of 95°. Playing one of my favorite summertime games (How little fabric can I get away with before it becomes unsuitable to wear in public?), I busted out this floral slip dress for a trip to one of my favorite ice cream parlors on the lower east side.

Morgenstern’s Finest Ice Cream, which opened in Summer 2014, has become serious Instagram bate for the trendy set. Their ever-changing menu offers dozens of hand crafted, artisanal flavors (think: Szechuan peppercorn chocolate, green tea pistachio, and black licorice) that satisfy the cravings of locals and tourists alike. The nostalgia-tinged interiors are sure to conjure up daydreams of what the area would have been like in the 1950s, as glorified in the films of Woody Allen and Martin Scorsese.

LABOR DAY WEEKEND IN THE HAMPTONS 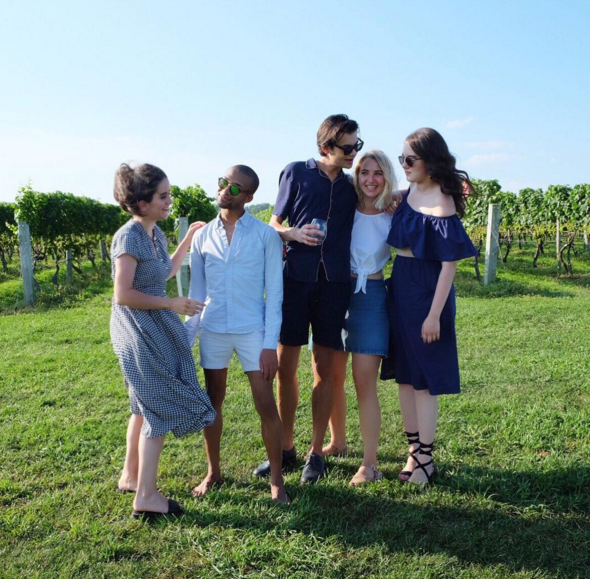 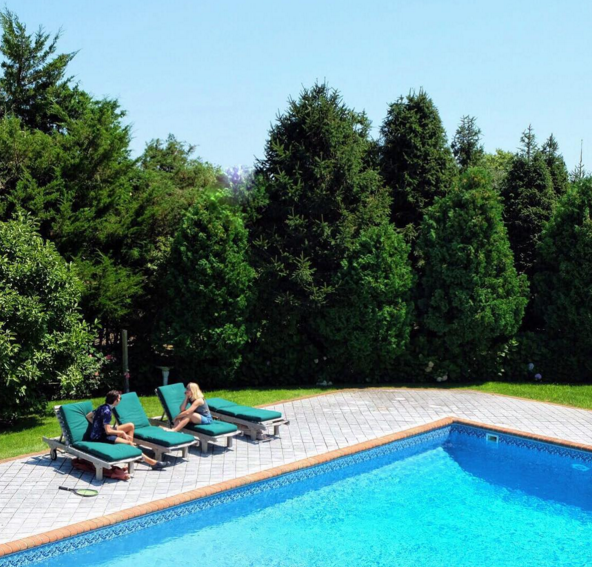 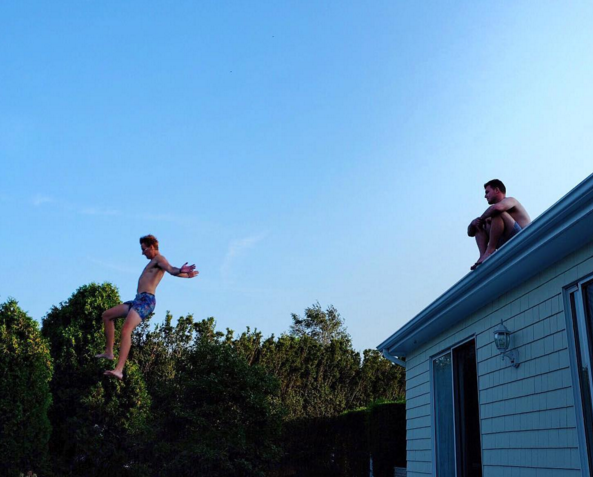 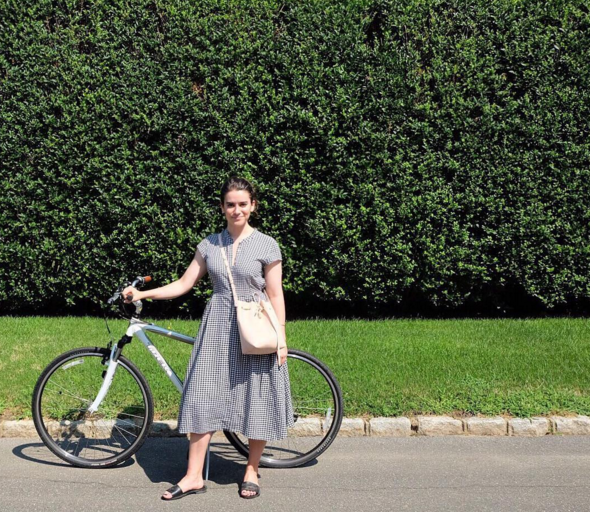 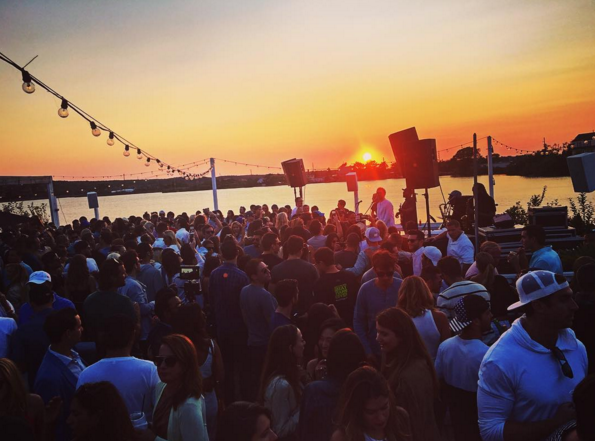 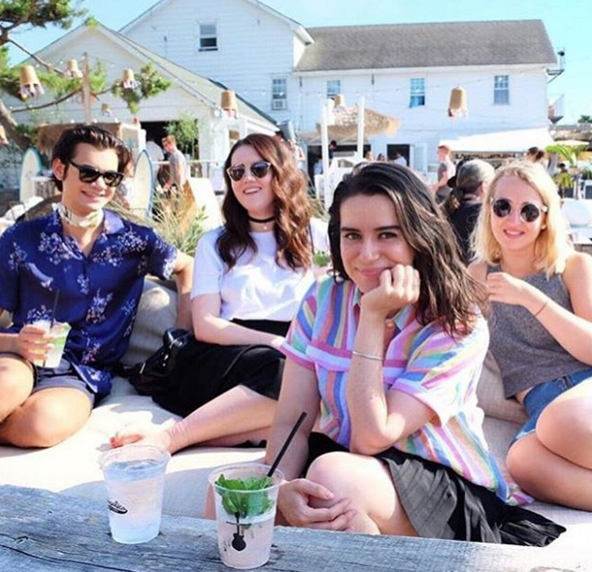 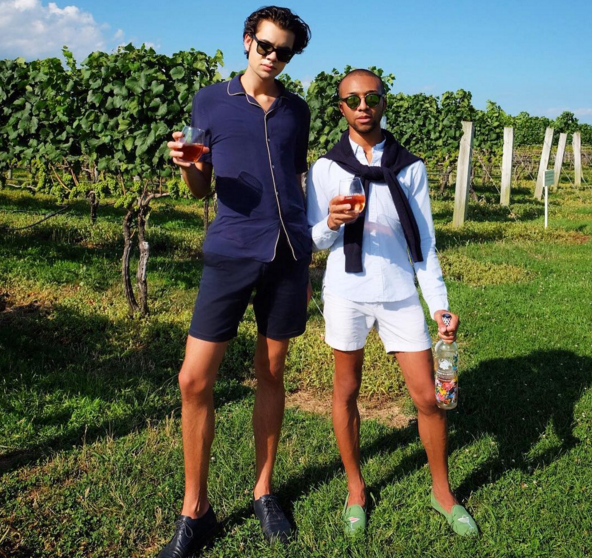 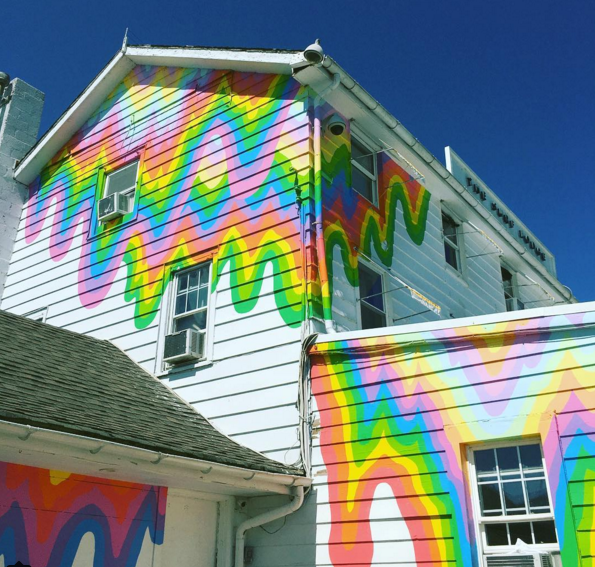 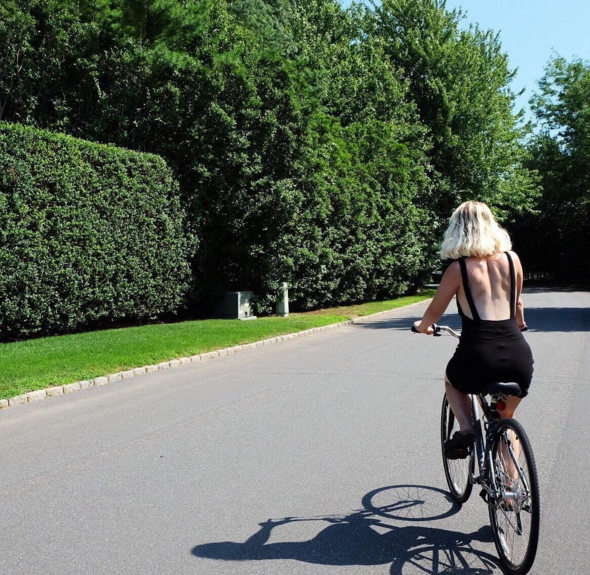 If only summer could truly be endless! It’s only the first week of September, but it seems as though everyone has already transitioned into an autumn state of mind. Don’t get me wrong, I’m looking forward to breaking out the oversized cable knits and going apple picking as much as anyone! Yet there is still a part of me that doesn’t want to let go of those last few morsels of summertime fun. Thankfully, I was able to head out East for one final hurrah with the #squad for Labor Day weekend.

One of the best things about living in New York City is being able to leave it. While I would never dream of permanently decamping from my hometown, it can feel a bit overwhelming at times. Especially for someone so easily affected by external energies. The Hamptons, beyond its glitzy public image, is the perfect respite to metropolis living. Only two hours away from midtown Manhattan by wheels or tracks, there is an endless supply of entertainment and relaxation options. We made the most of our final hours of summer by hitting some of my favorite spots on the South Fork. 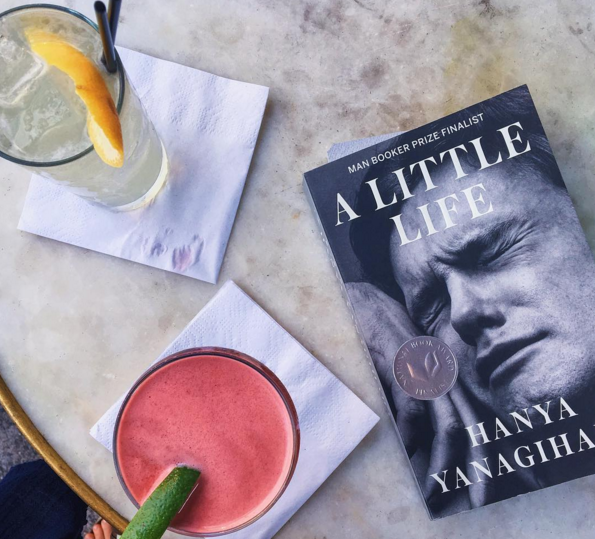 “A Little Life”, Hanya Yanagihara's latest work of fiction, begins under false pretenses. The opening chapter takes place in a dingy Chinatown restaurant as four seemingly carefree boys discuss banal topics such as the difficulty of securing decent real estate in New York City.  The first 400 pages of the novel ricochet between the perspectives of the main characters: Malcolm, the mixed-race aspiring architect from a well-to-do family; JB (Jean-Baptiste), the Haitian stunted artist struggling with addiction; Willem, the handsome, charismatic leader of the group who dreams of becoming a great actor; and Jude, the disfigured, brilliant legal mind with a mysterious past.

The second half of the novel focuses all attention on the evolving relationship between Willem and Jude, as we gradually get more details on Jude’s horrifying backstory. At times the book really tests the reader’s limits. I found myself unable to control my squirming during the scenes that relentlessly recalled Jude’s long-term sexual abuse in vivid detail. At times I felt Jude’s loneliness so profoundly that I thought my own organs were collapsing in on themselves. In one particular instance, after Jude has attempted suicide for the first time, I had to force myself to put the book down and take a break for the sake of my own mental health.

Yet, in spite (or perhaps because) of all the pain that these characters, and we as readers, are forced to endure, I can’t help but think of A Little Life as an optimistic story. True, it does not have a conventionally happy ending, but watching each of the boys experience life in both big and small ways reminds me that even on the worst days, there is eternal hope. 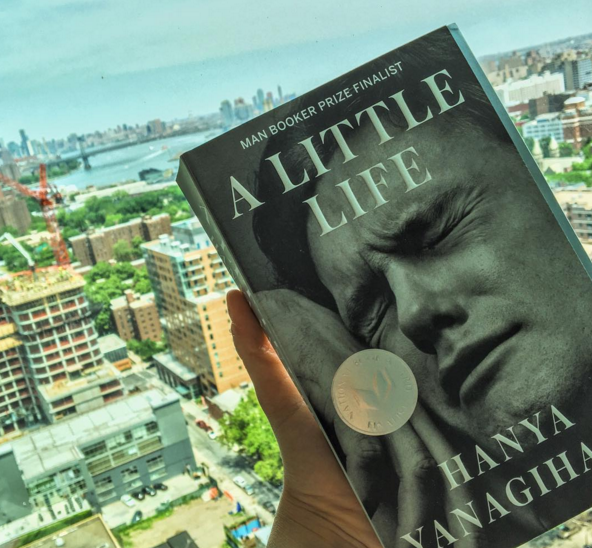 (Photo taken from my new room!)

For whatever reason, sexual abuse- both the actual deed and the various stages of recovery- has become a dominant theme on the bestseller list in recent years. While every survivor’s struggle is unique, Yanagihara’s depiction of the horrendous reality of what it’s like to feel worthless, used and unlovable as a result of what has been done to you will not leave you unaffected. Over the course of the month that I spent reading A Little Life, I felt my mind returning to the lives of the main characters again and again. When I finally finished it, I mourned. I mourned not only for the tragic endings that both Jude and Willem eventually met, but I mounded my own loss. I mourned for the hole that I felt in the pit of my stomach knowing that I could never return to that little respite I had found within these beautiful minds.

Eventually emerging from my narrative-induced haze, I was startled to find that the world around me had remained jut as I’d left it. ‘How could this be?’ I’d asked myself. How can ordinary life go on when such an extraordinary, inexplicable loss has been incurred (pardon the hyperbole) upon my soul? But that is exactly the magic of this book: you cannot go out the way you came in. 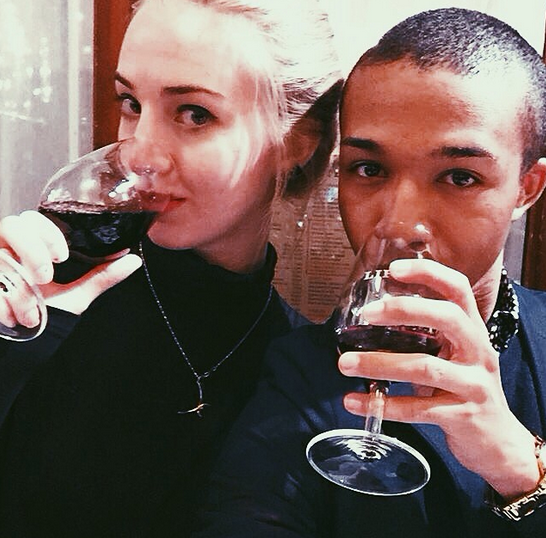 You could spend a lifetime in Paris and still not conquer everything there is to see and do in this magical city. Nonetheless it’s worth forgoing beauty sleep in favor of witnessing at least a tiny portion of what Paris has to offer. I’ve shared my views on how lovely Paris can be in the rain, but it can be equally mesmerizing at night.

Though it doesn’t run on quite the same 24/7 schedule as New York, it does become an entirely different yet still very much alive town through the late night hours. Most bistros and sidewalk cafes are open all night, or at least into the early hours of the morning, which contributes a constant, comforting glow to the otherwise desolate streets. Then of course there are the discos, bars, and nightclub, which are open as long as there is demand (which there always is). 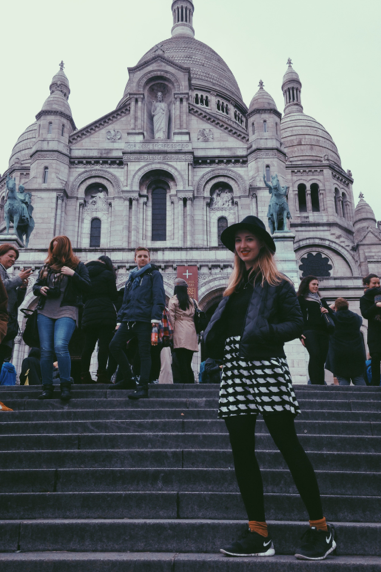 While these are all promising options, my favorite kind of Parisian night is spent strolling. Strolling along the seine, through residential neighborhoods, alone main streets… It feels as though Paris was designed with the late-night roamer in mind. And if you start to get chilly, you can be sure un verre de vin rouge is never far away. 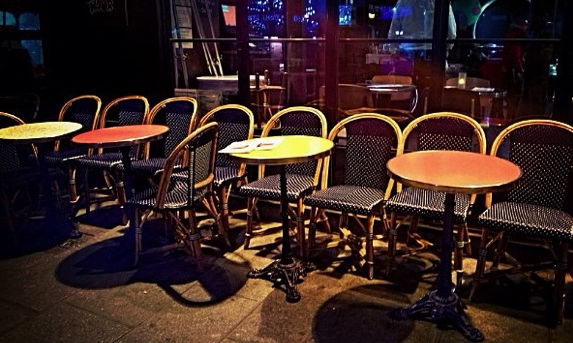 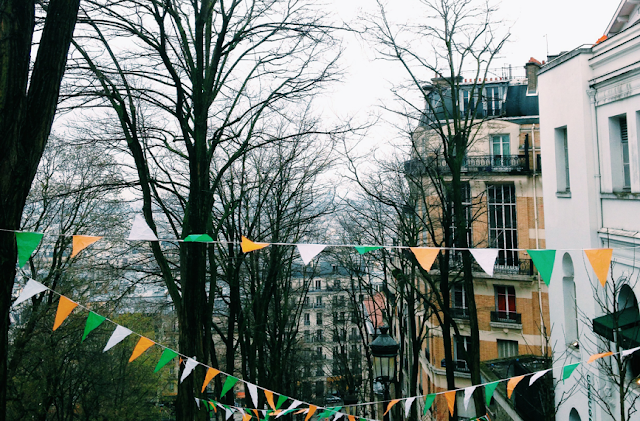 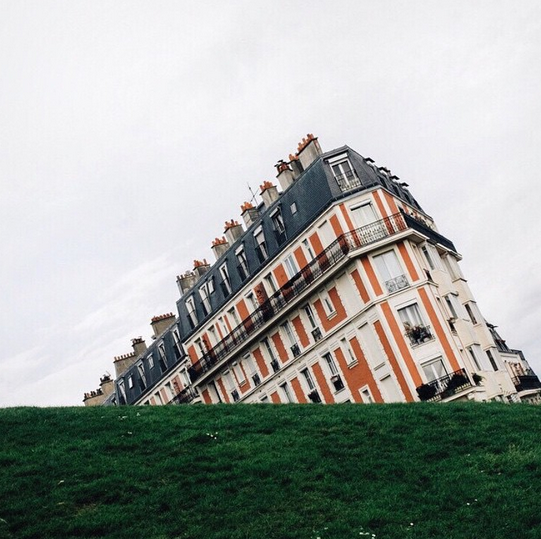 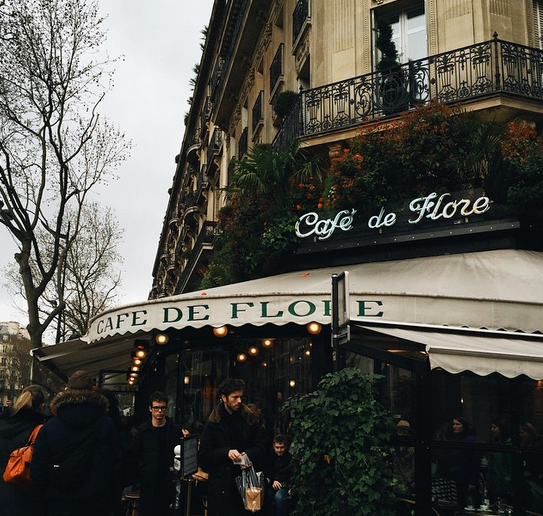 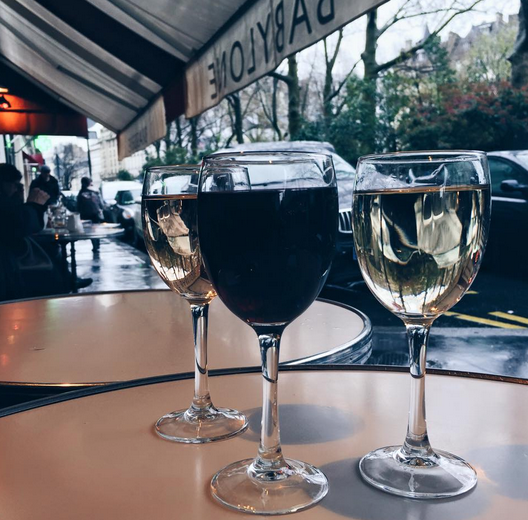 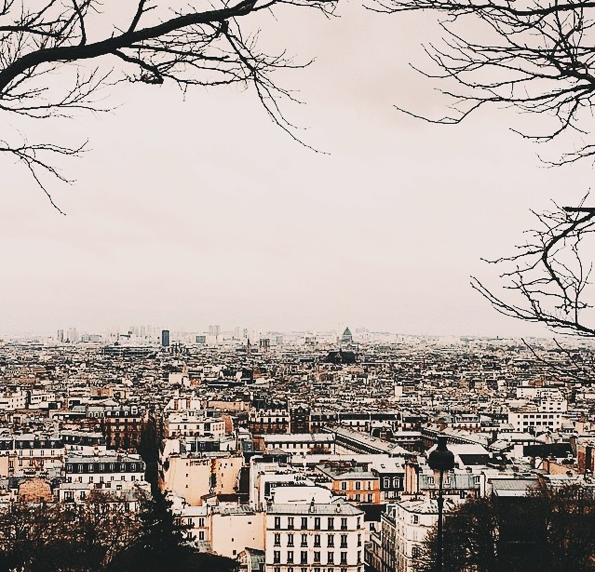 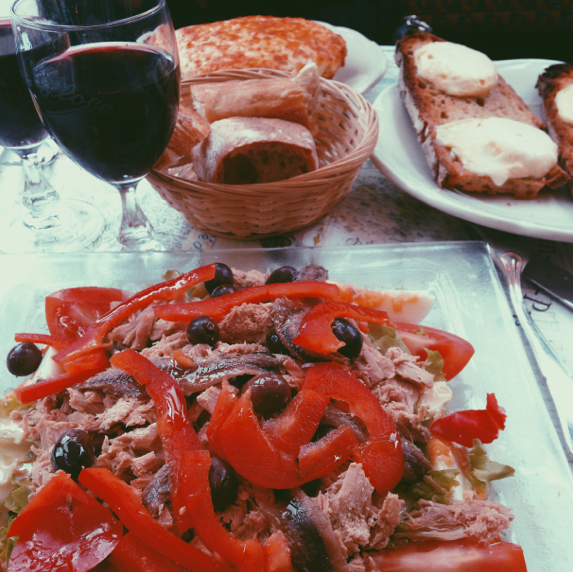