In normal daylight it was difficult to see the pattern with the naked eye. But I love how the flash, or maybe it was the sun, brought out  sheen and pattern embedded into the fabric of this skirt. And this girl. When the camera turned on her, she literally became another person.

Casual jeans can be a good way to go for a busy day of running between shows as long as their properly accessorized. For a warm day, make like this Lincoln Center showgoer and try draping a scarf over a loose top, a chic structured bag, and oversized sunglasses.

Kim on the way to Rachel Roy

Newlywed Kim K walking across Lincoln Center with her posse on the way to the Rachel Roy presentation. And yes, she really is that short and she really is THAT curvy. She was sweet though. Not that we had a nice chat or anything.
I did just watch her and Rachel Zoe on the RZ Project.

Mischa always has her fashion ups and downs, but oh my gosh. LOOK AT THAT BODICE!
Against the all white backdrop? Stunning. 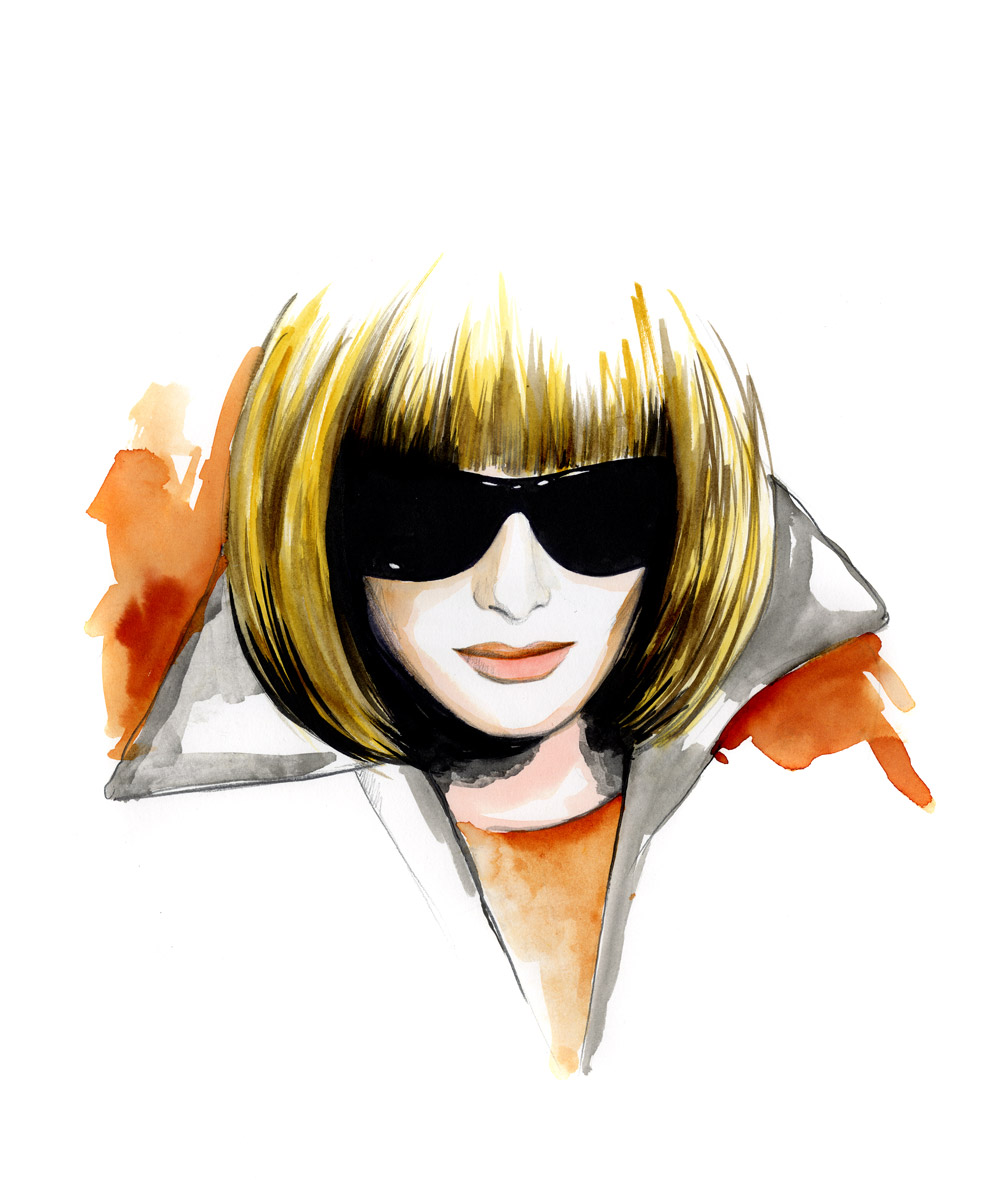 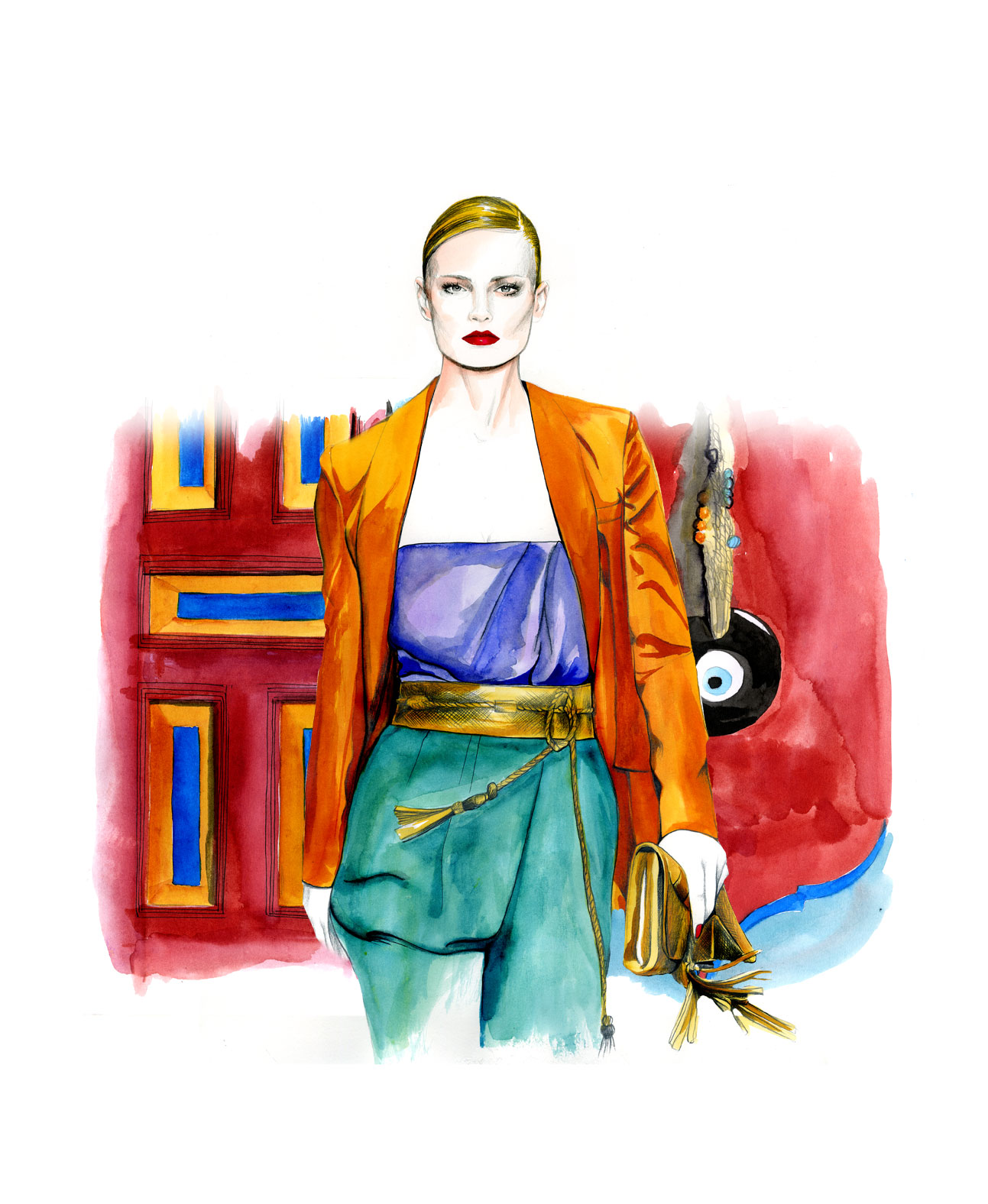 Anna & Gucci via Do You Like My Tight Sweater?

Some lovely things to start off your week.

"To my right, a guy was like 'I'm producing this thing...' and I was like, You can't play a regular person and live only in circumstances where people are only talking about movies. The most important part of my job is feeling like I understand as much as I can about humans and human behavior." - Emma Stone, ELLE, July 2011 "I wanted to jump right into the ugly"
Lincoln Center
September 12, 2011

Betsey Johnson's shoes at the CFDA awards.
The look suspiciously like Balmain but I'm sure are Betsey's own design.
She was such a sweet woman! Her friend and her came over to chat about what had happened at the awards. Although there was some miscommunication that went something like this:

The It Girl Vision

"So I thought, the only way I can wear this is to pretend I'm someone else. Who is someone that completely owns her sexuality? I thought, Marilyn Monroe! So I'm going to be Marilyn Monroe tonight." - Blake Lively

Match two 'it' girls with completely different styles, and get the best sides out of both of them.

Blake Lively's Bardot-inspired cover
Glamour US, July 2011
I have subscribed to Glamour for more than two years, and mind you I like it, but its a woman's magazine: not a fashion publication. But sometimes I have to ask myself if the editorials were actually  really good, or if the bar has just been set low because its a women's magazine, not full scale fashion.
But Glamour got this one right hands down.
The clothing not only captured Blake's personal style, but it really felt like it had captured her whole persona. A beachier, girlier take on the studio 54 look?
Maybe I'll just go with Bardot.
Celebrities have played the role of journalists plenty of times in plenty of magazines (remember last year's Instyle where Gwyneth and Faith arranged their children's marriage? ) but the intimate feeling your giving the reader by pairing actual friends together is worth so much more than the average rehash of their career over green tea and burgers somewhere in "downtown L.A." Florence Welsh and Blake have apparently been friends for years (not two I would have imagined) and it really showed in the article, which was, in my opinion the best interview either have given. The both seemed so real, like it could have been my best friend and me talking at home.