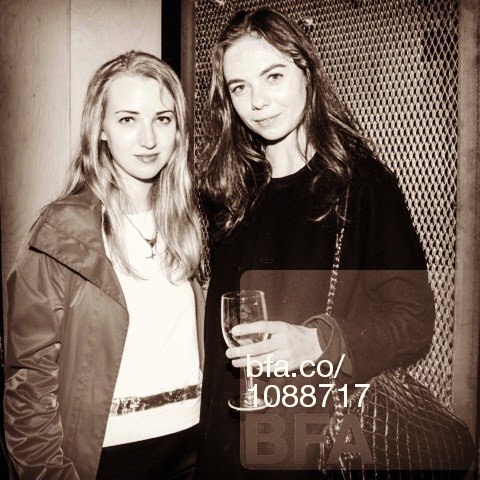 Summer has that annoying tendency to pass by in the blink of an eye. It feels like only yesterday my friends and I were toasting to the end of exams at Sheep’s Meadow. Of course, back then we still needed cardigans and jeans to stay warm and now my thought process is more like, ‘how little fabric can I have on my body and still be considered decent?’  It’s officially that time of year when hang outs depend on who has the best air conditioning system.

But that’s not to say that a few exciting things haven’t happened recently. For one, my little brother graduated high school. There’s nothing that will make you feel older than knowing your younger sibling is already in college (he’s only two years younger, but still). And of course, who can complain about weekends in the Hamptons? Plus, a number of fun events have been going on in the city from things at the new art/event space NeueHouse to Derek Blasberg’s legendary parties to the seemingly endless number of new restaurants popping up all over the city. With everything going on, I’m going to end up needing a vacation from summer break! 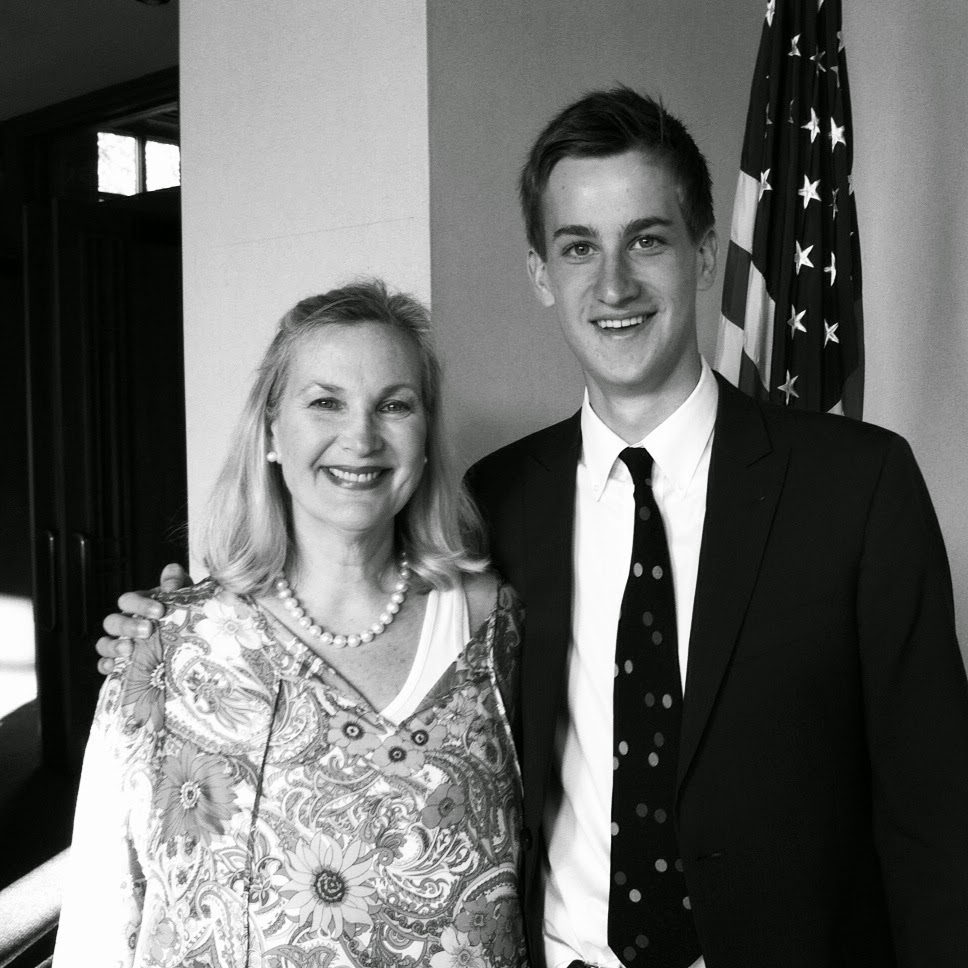 He's all grown up! 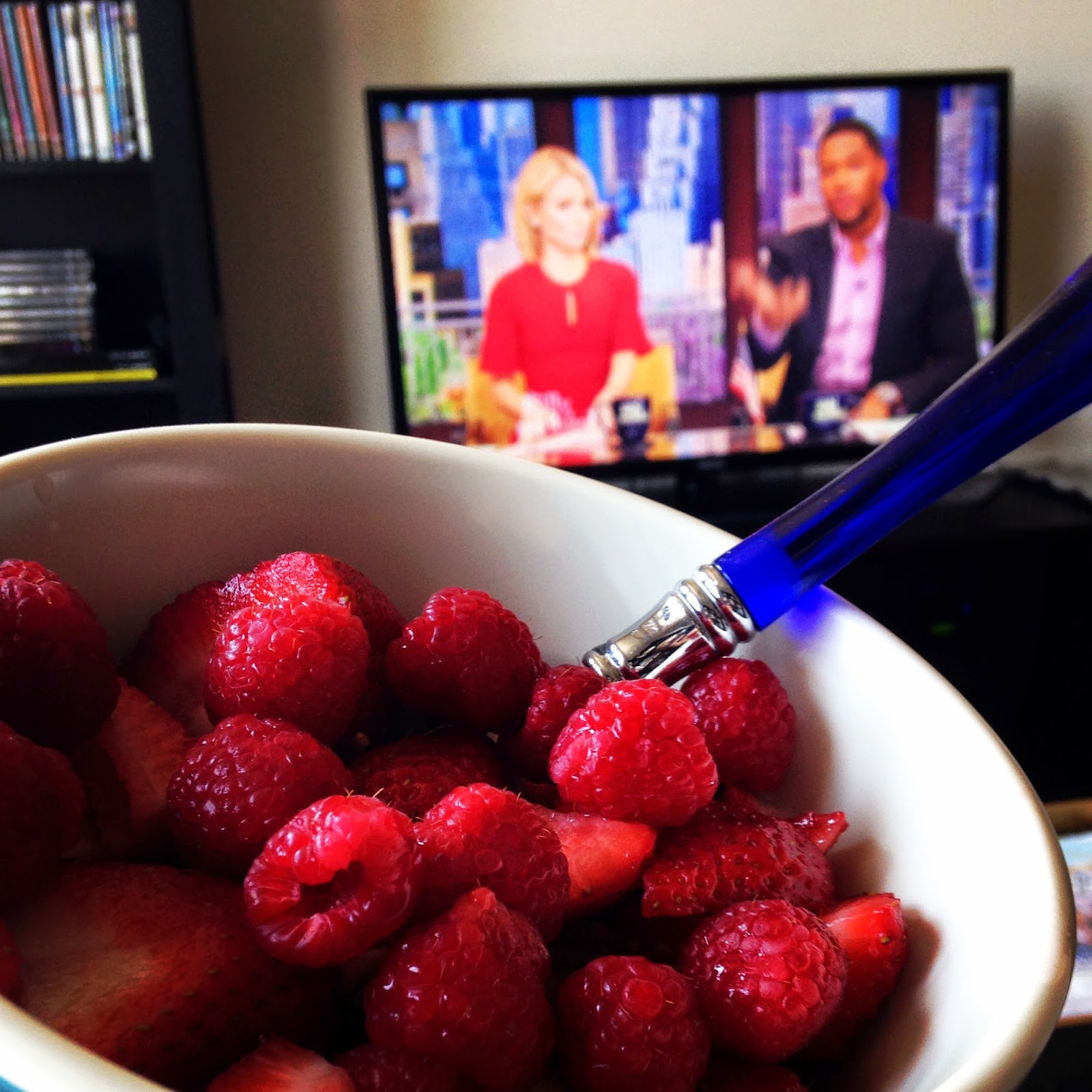 Mornings spend watching Live! With Kelly and Michael are what summer is all about. 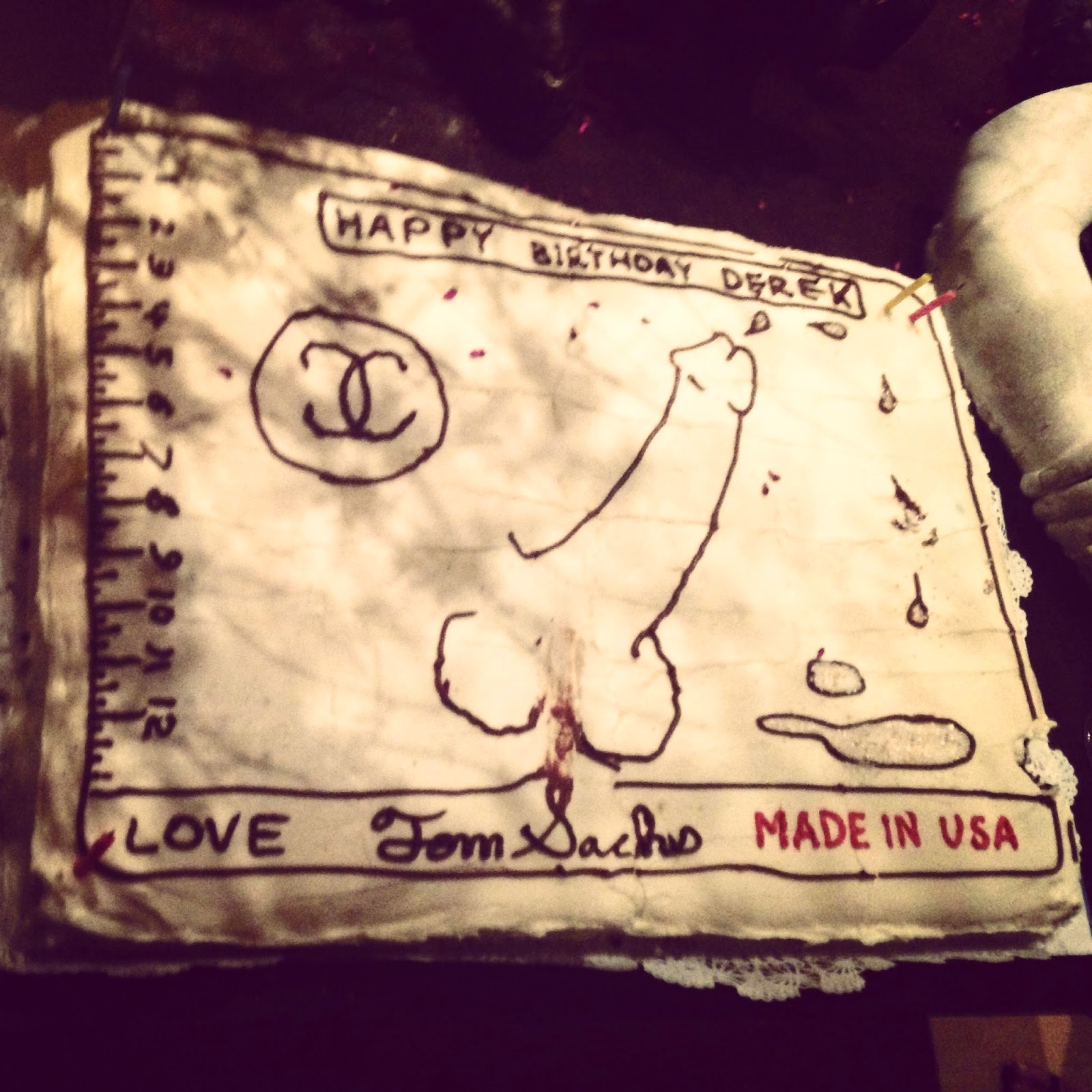 Happy Birthday to the Classy-est man in town... 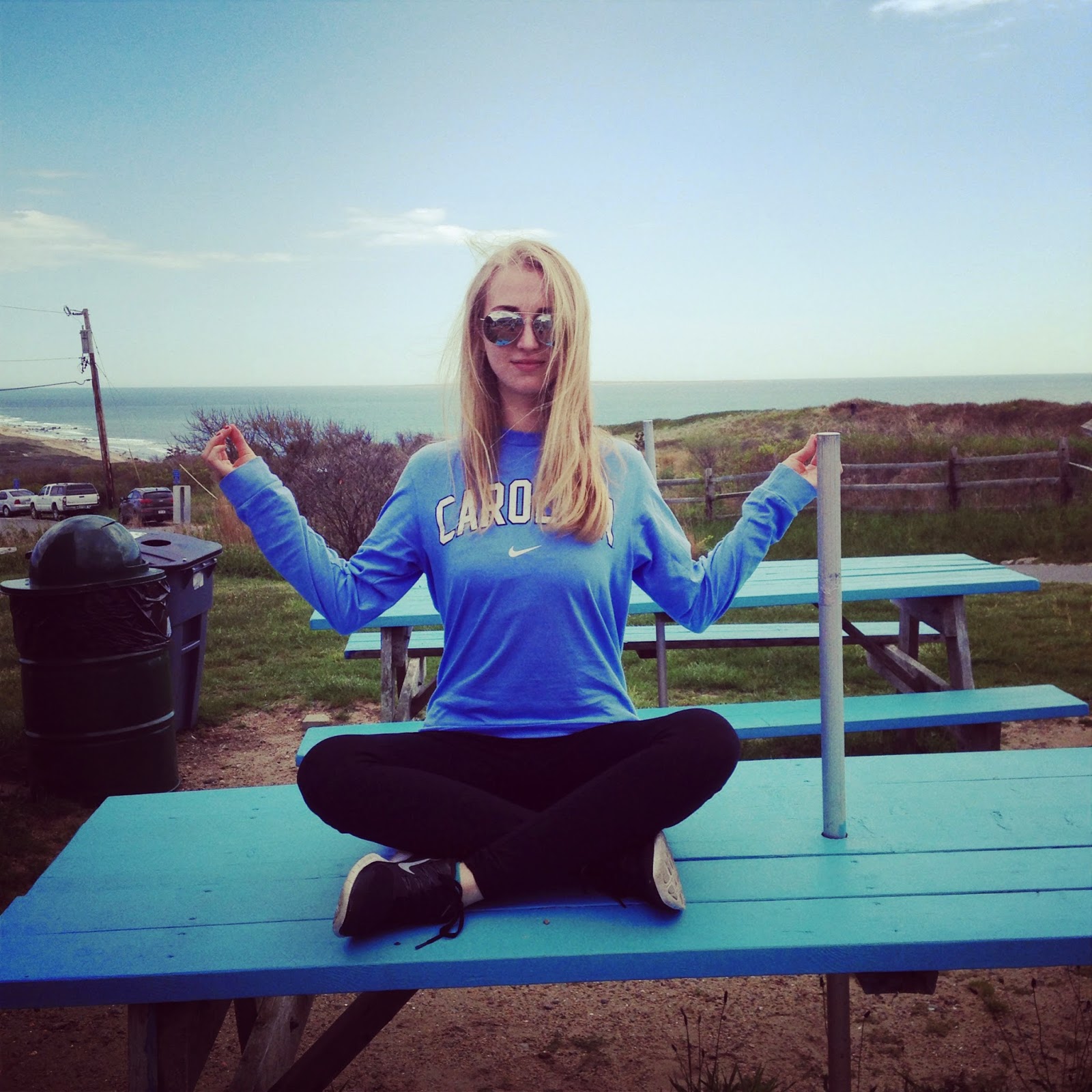 As much as I love the feeling of adventure and exploration, there is something to be said for the immediate comfort of returning to a familiar place full of good memories. Somewhere that makes you feel safe no matter what’s happening outside of that momentary bubble that only exists while you are there.  It’s that special bond that keeps me coming back to Martha’s Vineyard year after year.
Having spend many summers going to camp up there with some of my best friends from the lower and middle school years, I always get a bit emotional as the ferry approaches our first sights of the Vineyard coastline.

A few of my friends from those preliminary years (Hey, if you stuck with each other through those awkward middle school years, you’re friends for life as far as I am concerned.) and I went back in late May for some much needed post-sophomore-year stress relief. After a year’s worth of hard work (well, at least for those of us who don’t go to fashion school) there is nothing more luxurious that simple things like late mornings, having your morning (and mid-day and evening…) coffee on the porch, and spending the afternoons wandering aimlessly around the storybook towns with some of your closest friends. Each time I go, I come back feeling a little more renewed. 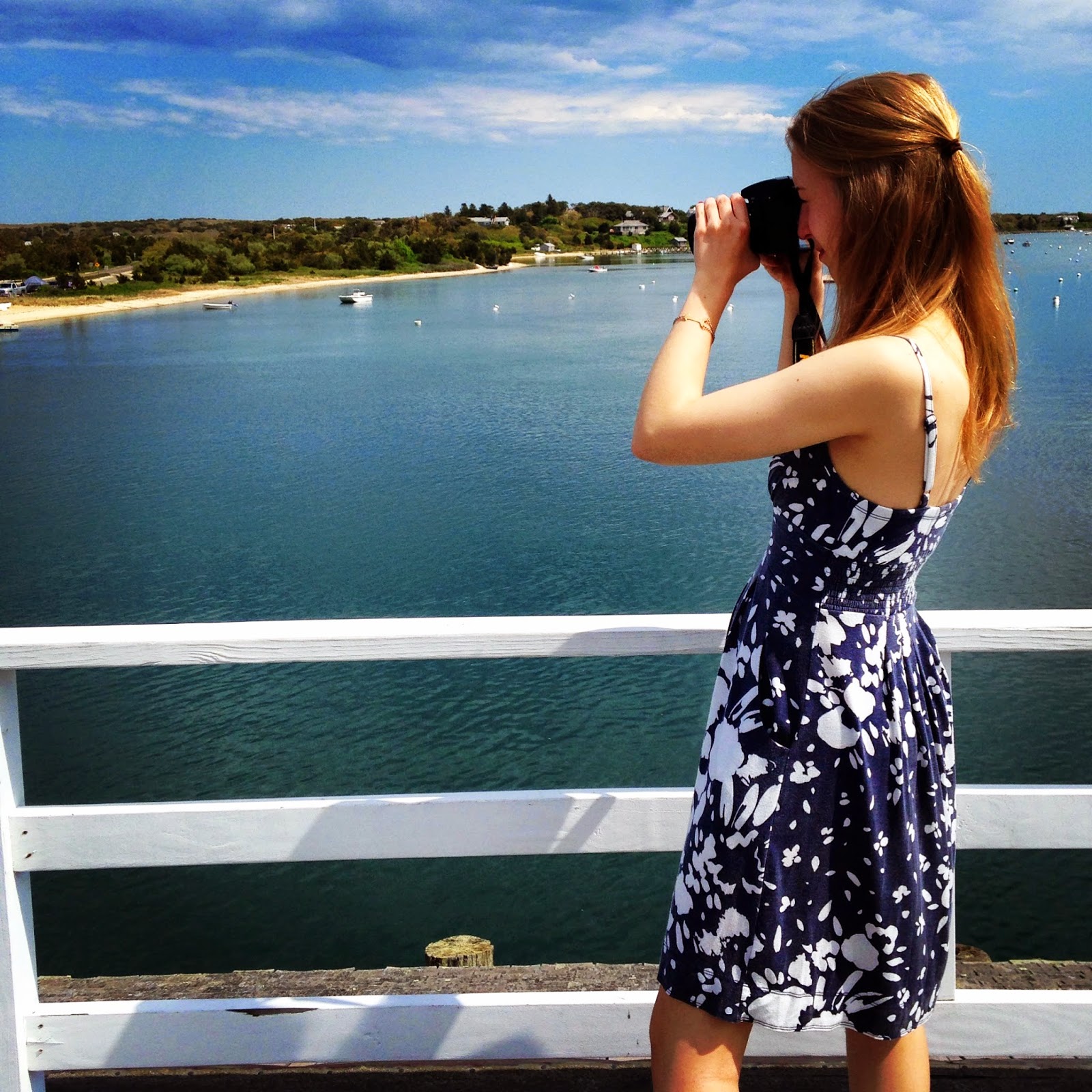 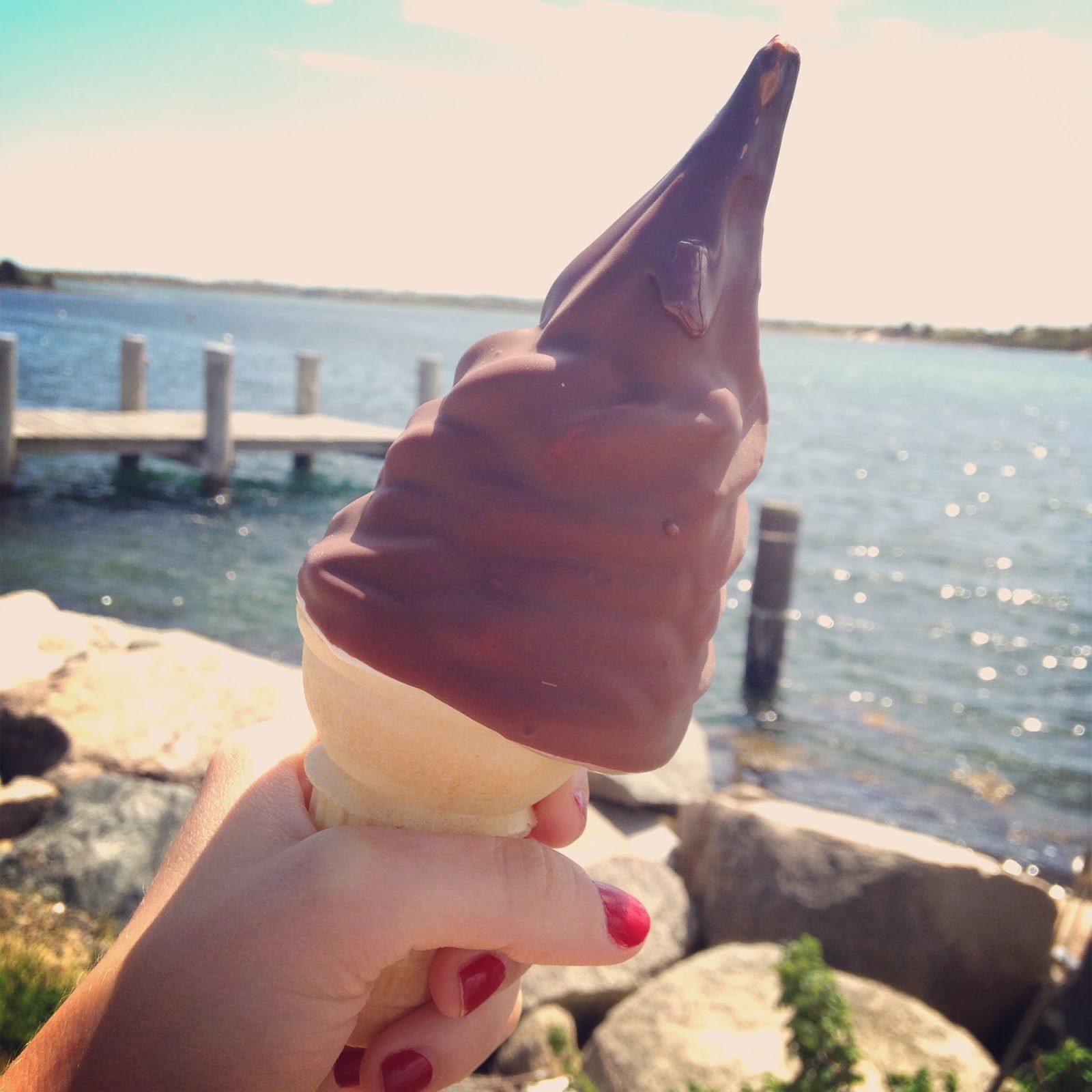 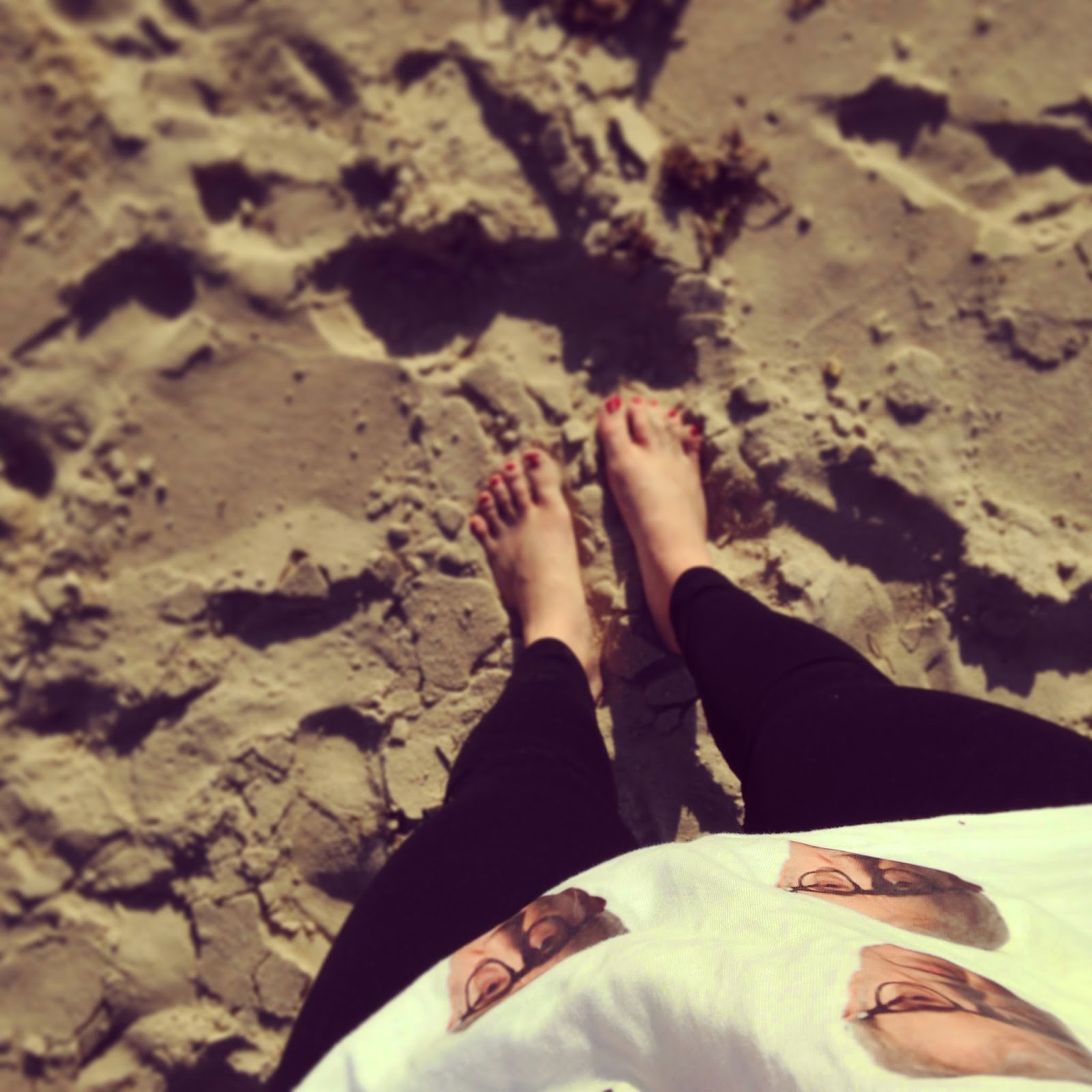 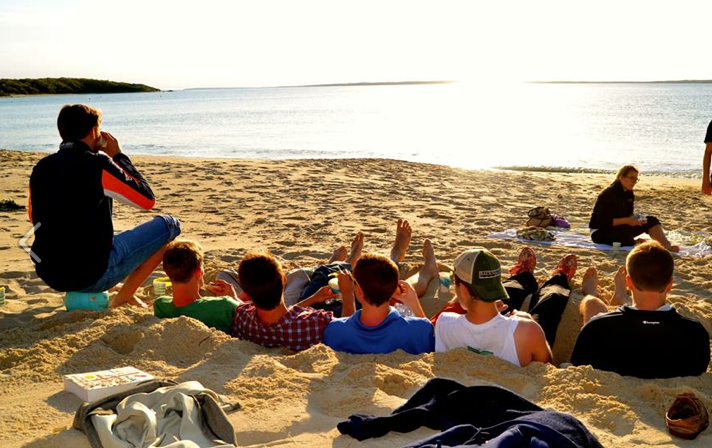 Riverside Park | Off to London 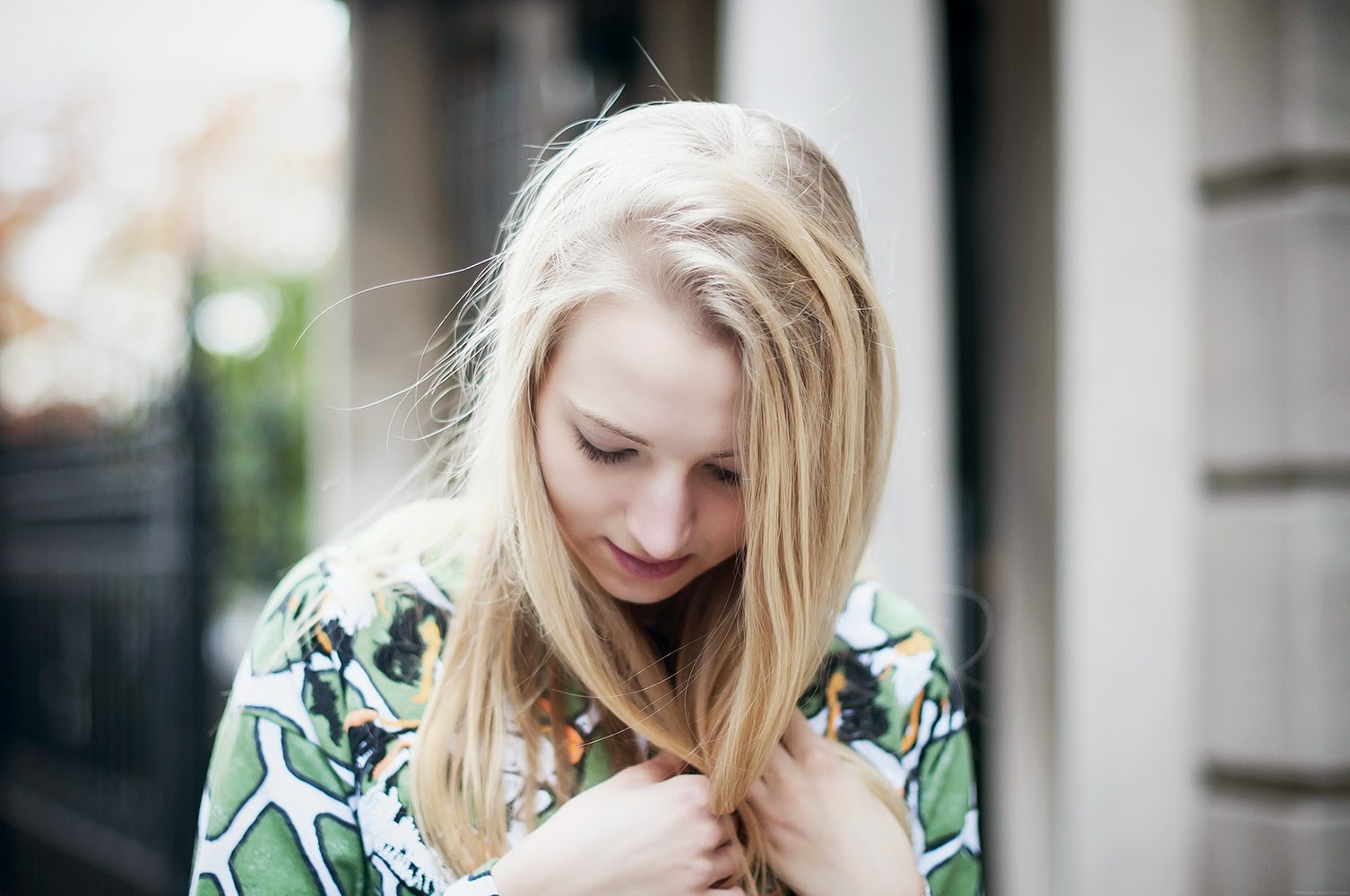 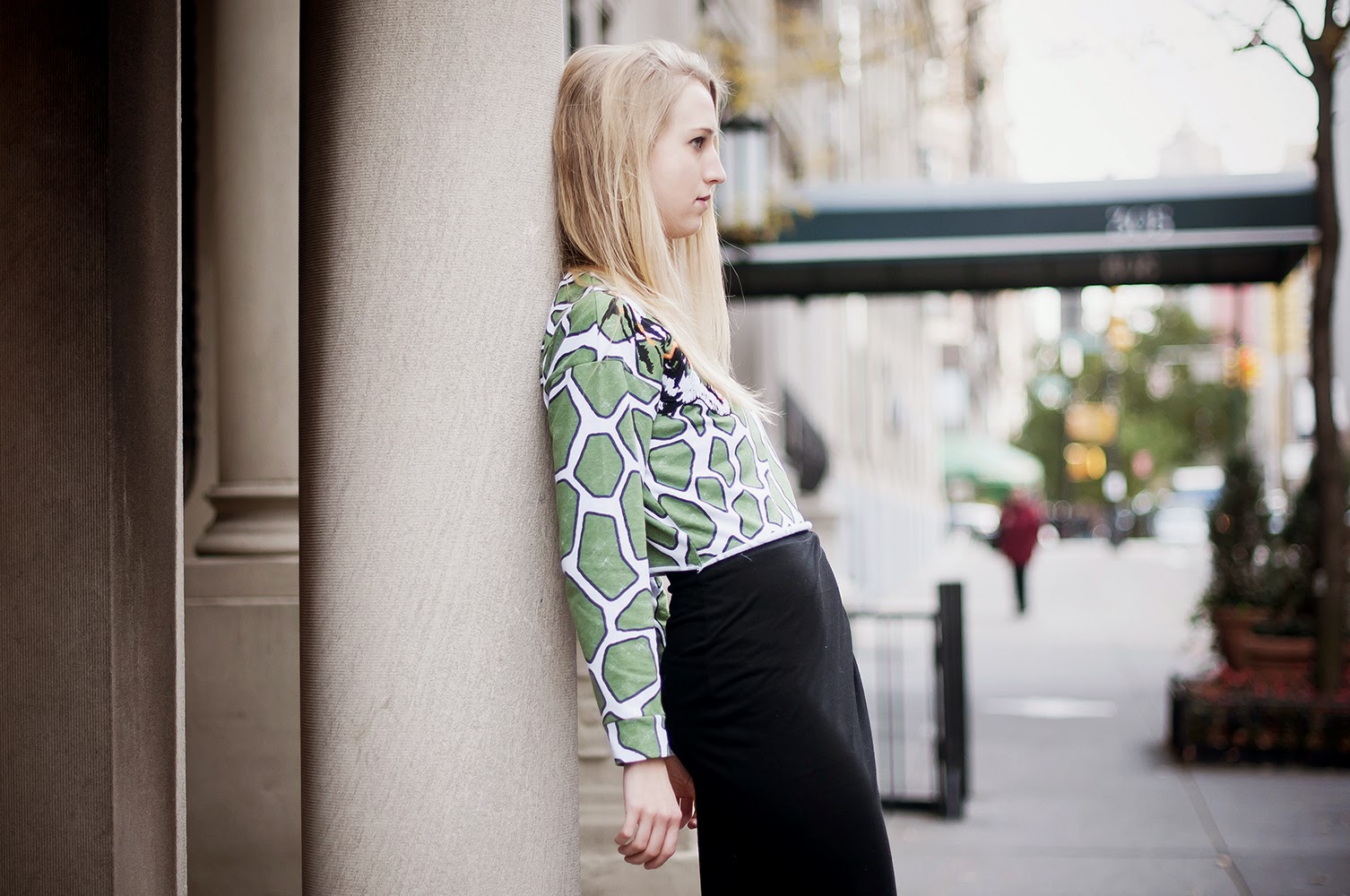 I have exciting news! I am relieved to announce that after (finally) completing my school year here in New York that I will be heading over to London in August where I will stay until 2015.

Although New York is my home and I can’t imagine leaving it for good, I’ve always wanted to at least try living in London. Making the decision of where to attend college was tough- I was choosing between the Fashion Institute of Technology and London College of Fashion but really I was choosing between NYC and London. As you know in the end I decided to stay here.

I can’t actually compare my life now to what it would have been like if I were in London at this very moment, but I can say that I am content with my decision. If I hadn’t come to the city I would never have met some of the people I am privileged to call good friends. I never would have been able to meet and work for the most wonderful boss on so many exciting projects.

Craving change is not only natural but practically inevitable for humans whether they are living in squalor or like 17th century kings. Now that I have been settled here on my own for two years I find myself in need of some change of my own. I hate the idea of becoming complacent and I need to shake up my daily routine- even if that means moving across the Atlantic to a city where I know a total of three people. Thankfully that anonymity excites rather than unnerves me… Although I am a bit frightened about how I will do without access to Jimmy Fallon and Seth Meyers every night. 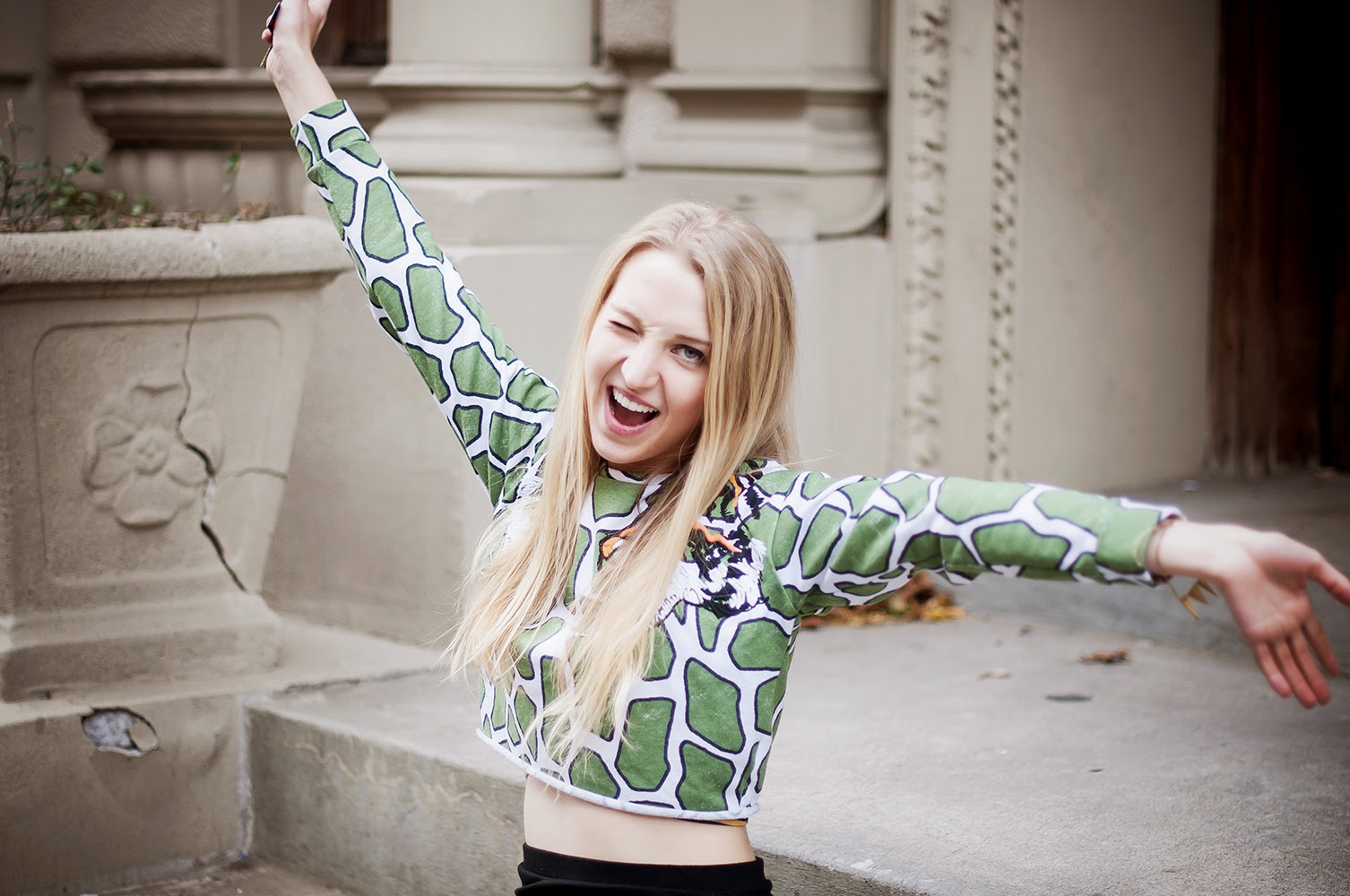 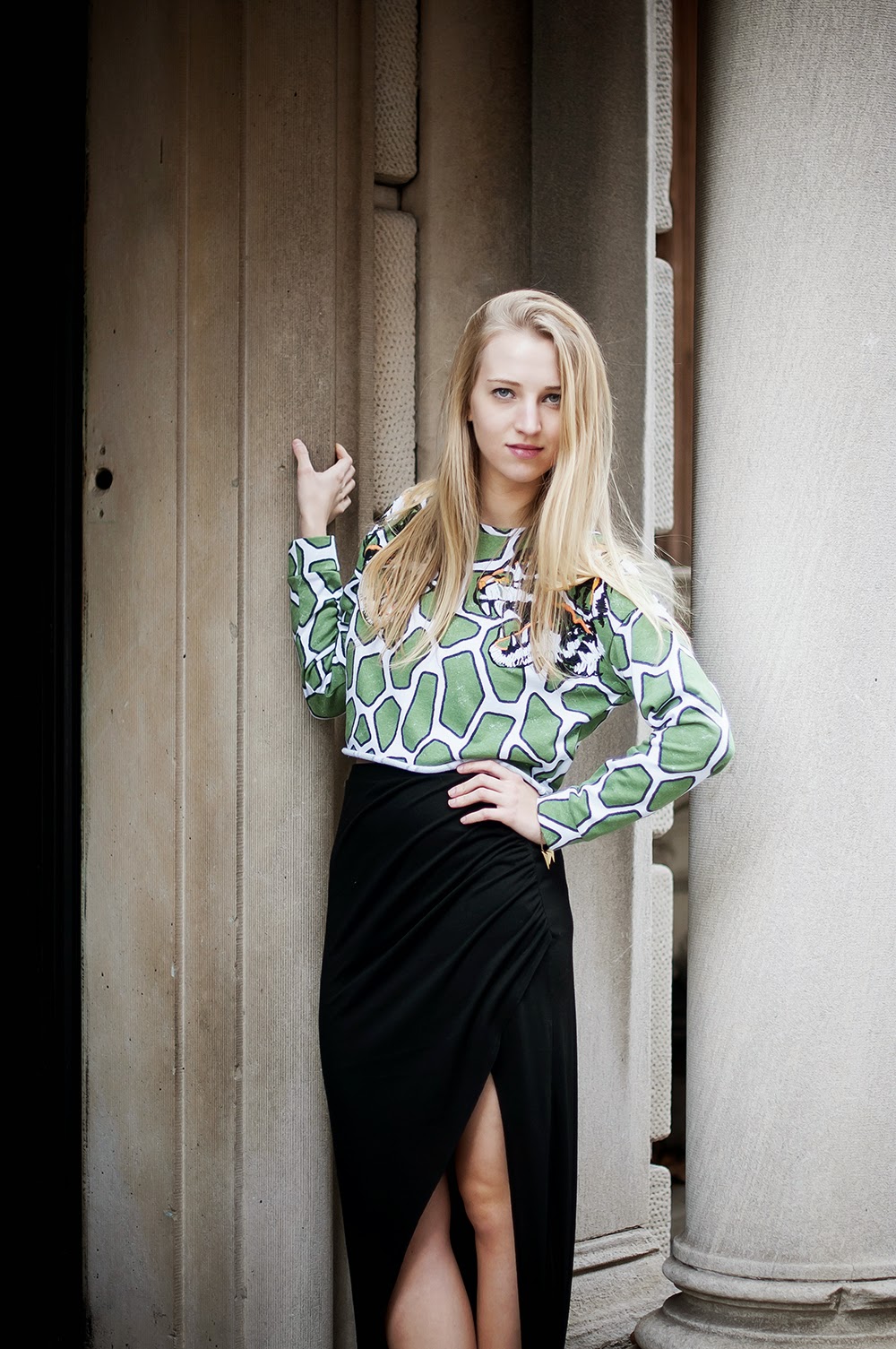 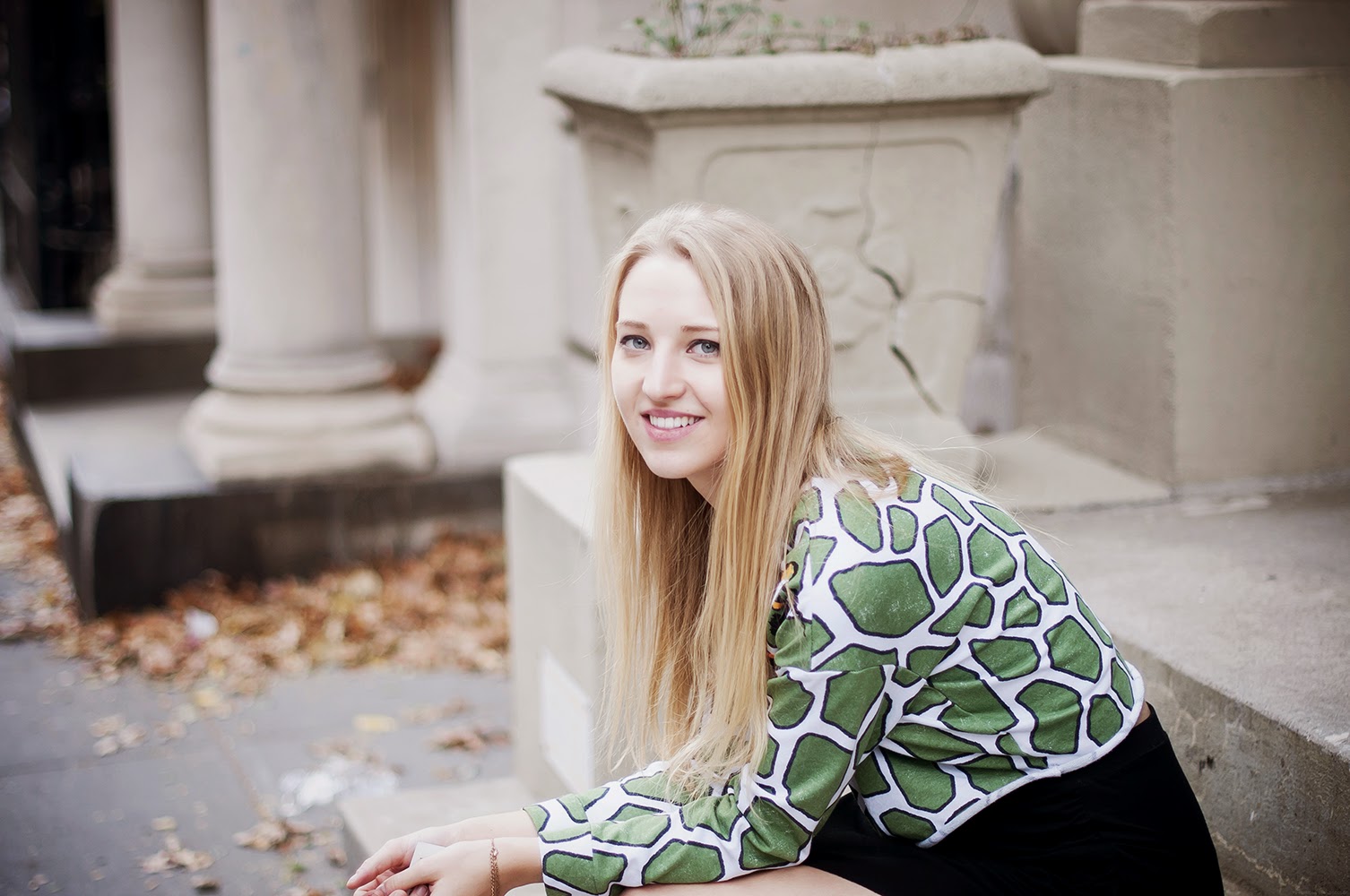 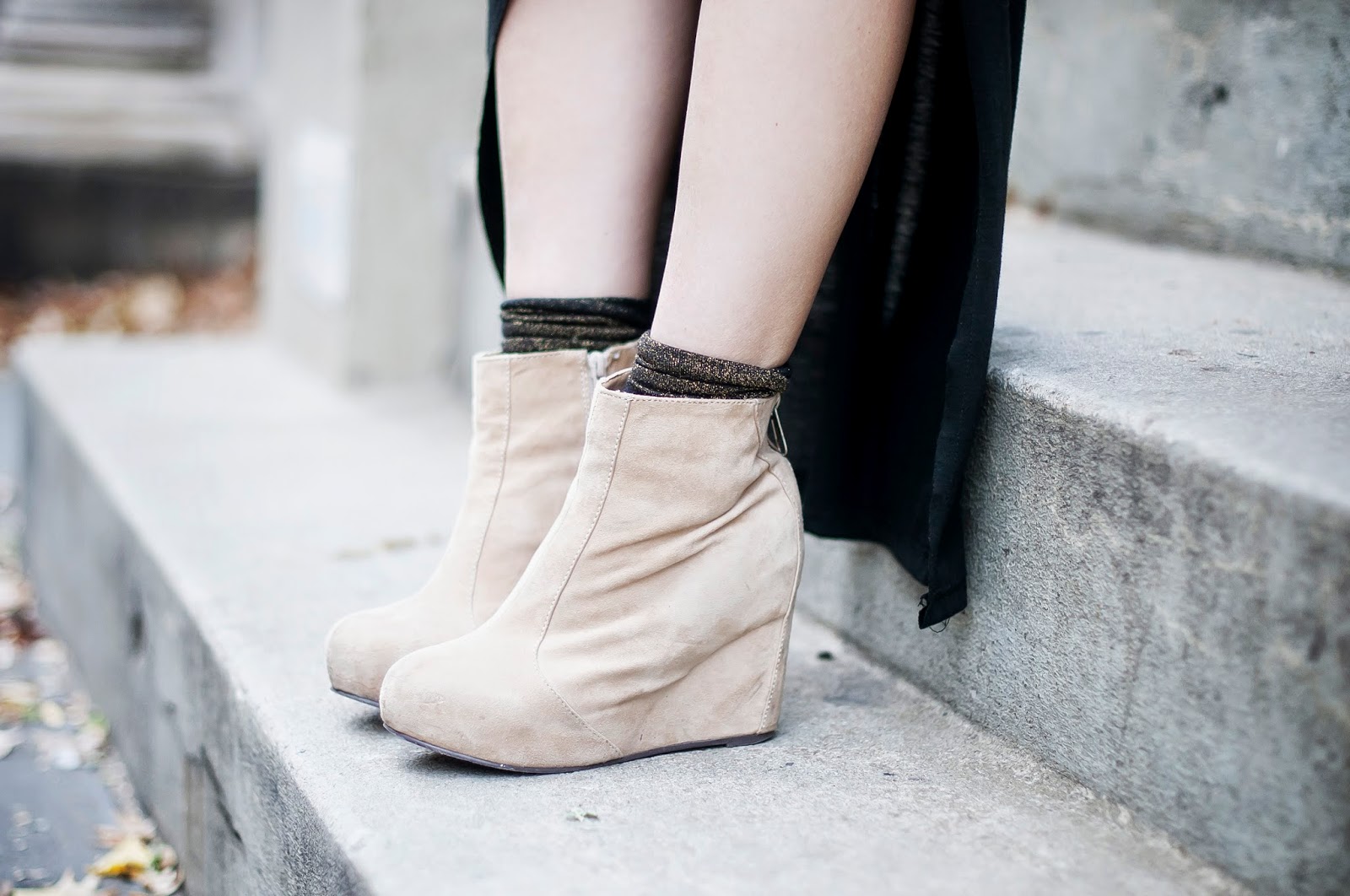 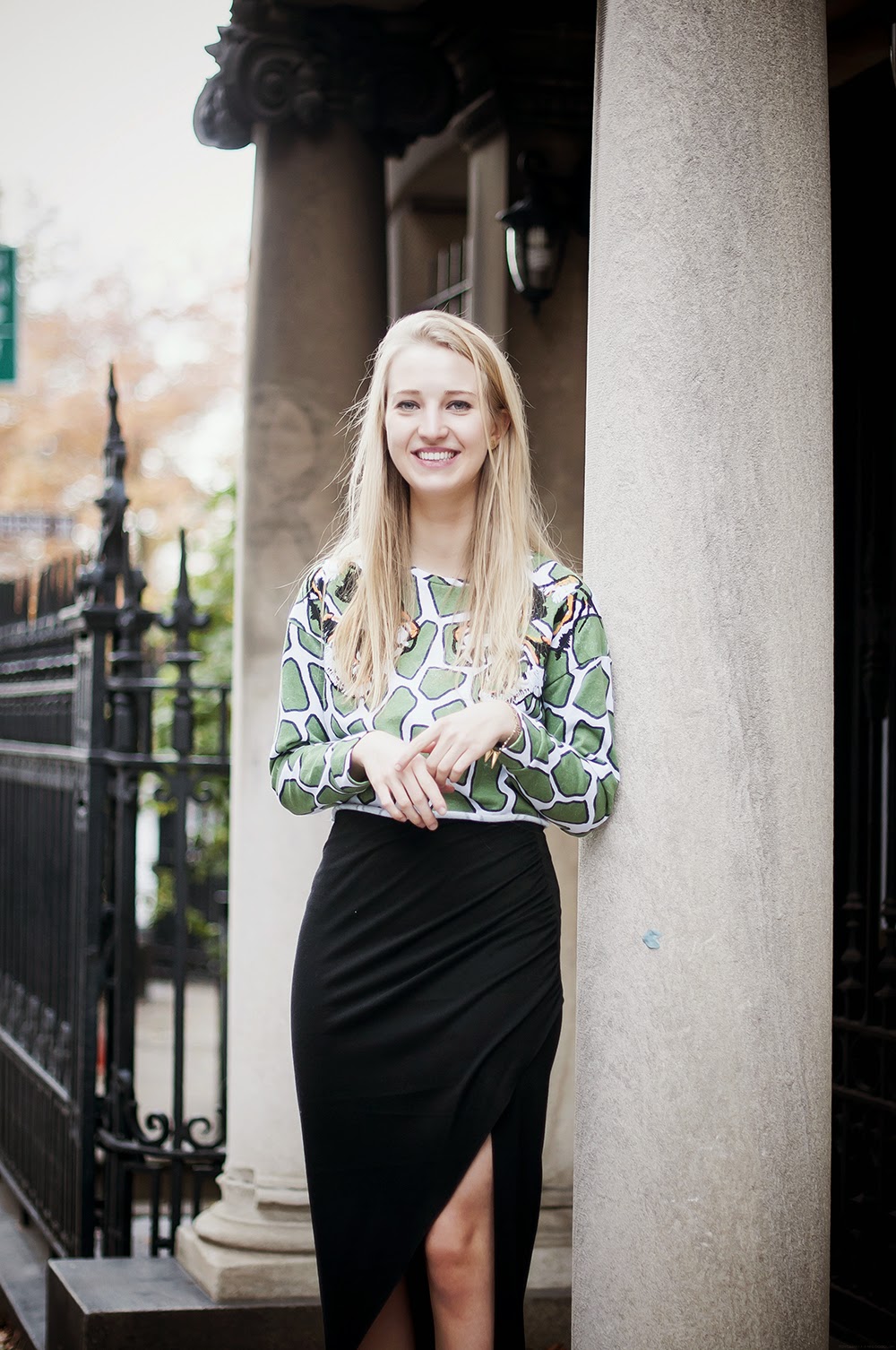 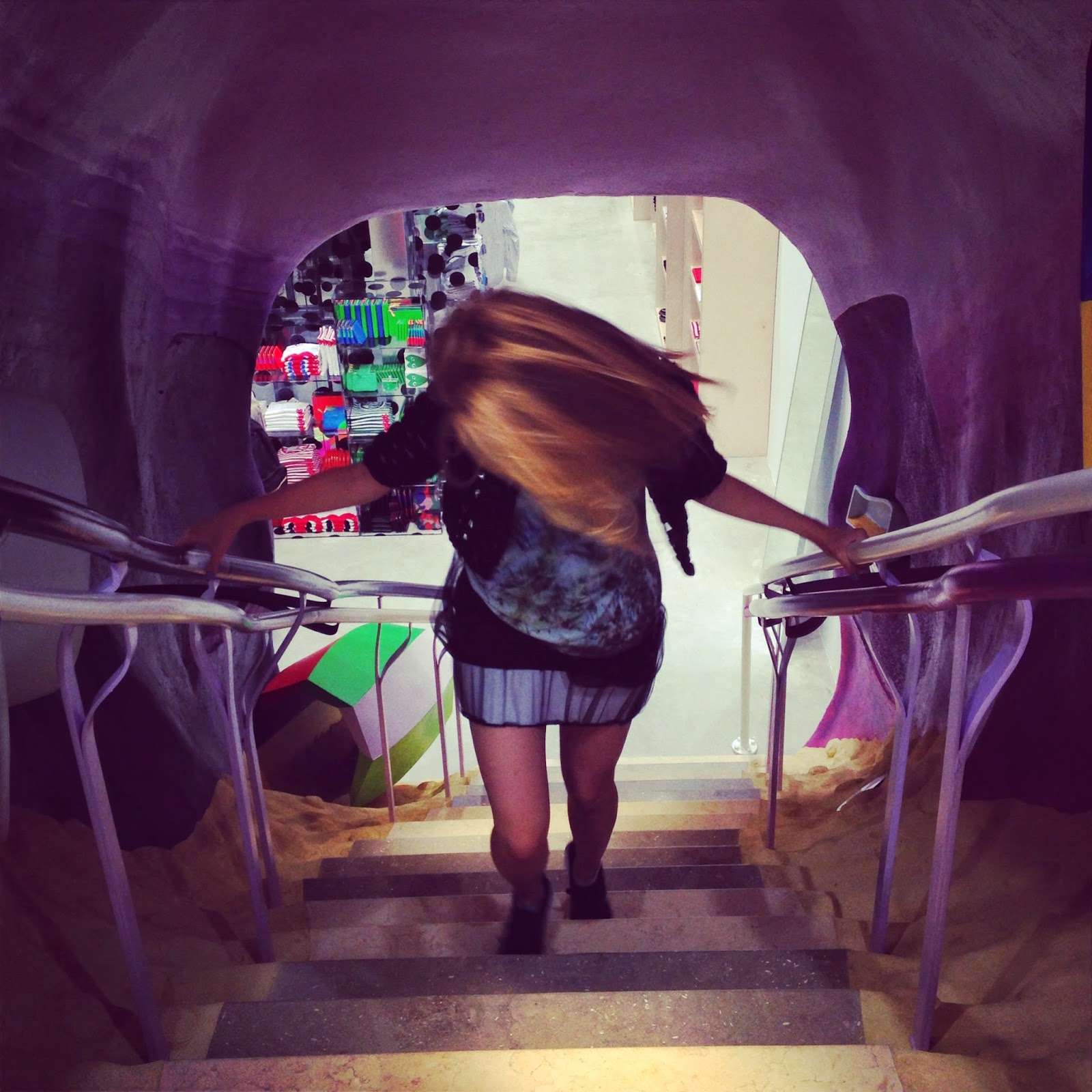 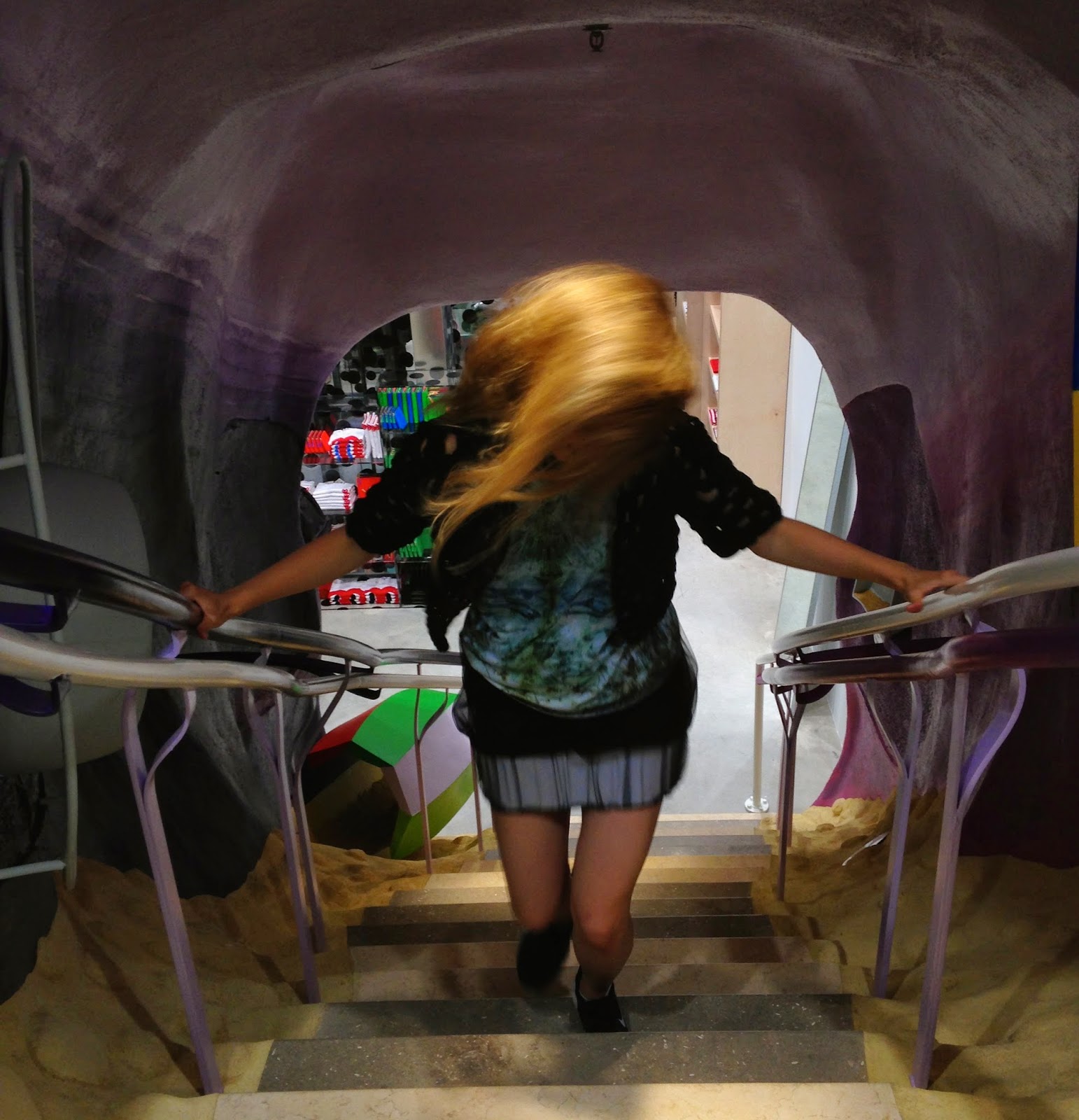 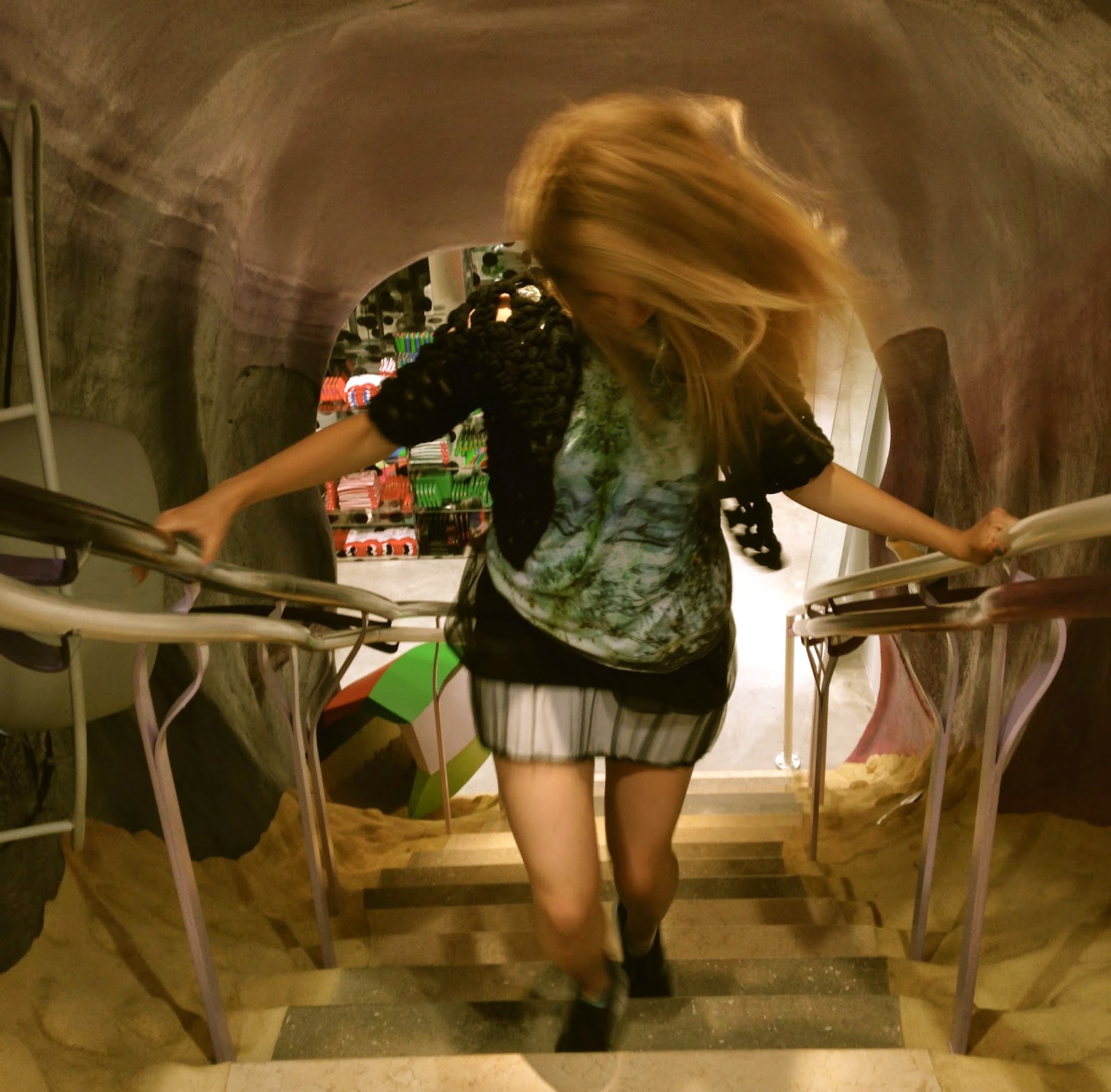 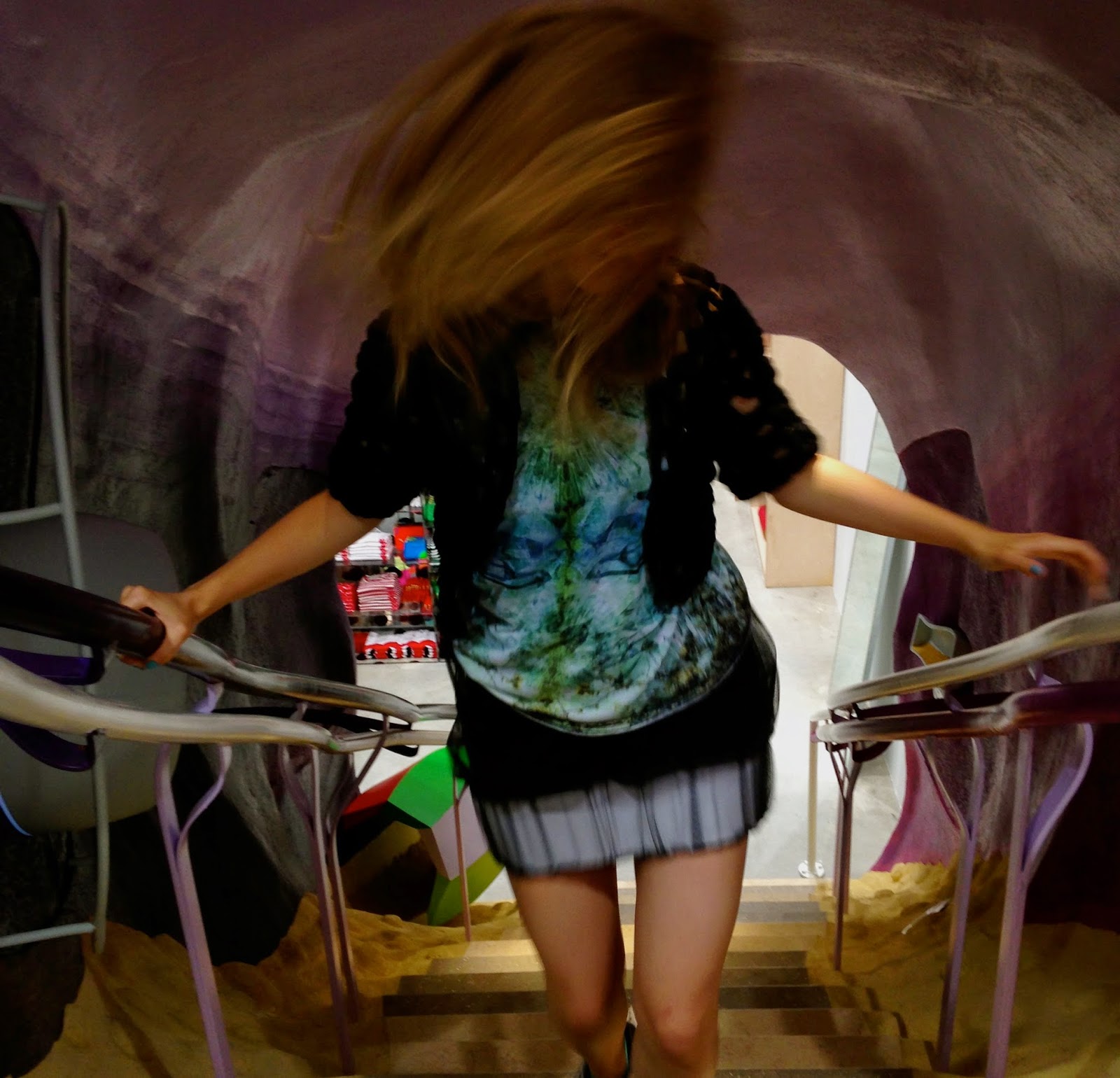 Since the hyped-up opening of Dover Street Market in 2013, I had assumed most New Yorkers would have already made the trek to Murray Hill to check out the newest emporium under the CDG Empire. As the topic was broached at a recent dinner party however, I was surprised to find out that many guests had not been. Most claimed that they had been meaning to stop by for ages, but never found themselves without another purpose in that area. Leave it to Rei Kawakubo to choose the most random location possible and turn it into a mecca for the ultra-conceptual.

More so a curated gallery of clothing than a store, the experience of shopping (or in most cases, touching things) at Dover Street is unlike any that previously existed in the city. While the main draw is the Comme Des Garcons collection housed on the sixth floor, the collection of shop-in-shops work to summarize the world of Ms. Kawakubo. At 71, her role is to curate rather than design.

Designer brands such as Saint Laurent, Pheobe English, and Supreme each occupy a small section of one of the seven floors. If it weren’t for the sales associates (of which there are so many, they often outnumber the customers) it would be easy to make-believe you were playing dress up in your fantasy closet. And if the clothing wasn’t enough, a group of well-respected artists have also lent their touch to the space. The kookiest feature are the multi-colored knitted columns that support the structure, a project that reportedly took three straight days of knitting by Magda Sayeg and her small team. Then of course there are the Instagram-famous stairs connecting the fourth and fifth floors, which were specially commissioned from the store.

Despite my desire for practically everything inside the store, the hefty price tags make it a wonder that anyone can actually shops there. As evidenced by the line sheets shown to me by my friend who works there, there are apparently plenty of customers who drop tens of thousands of dollar there on a regular basis. Despite these alleged clients, it seems like Dover Streets main purpose is to allow fans of the brand the chance to truly enter into the brand and see the world through Rei’s rare vision. 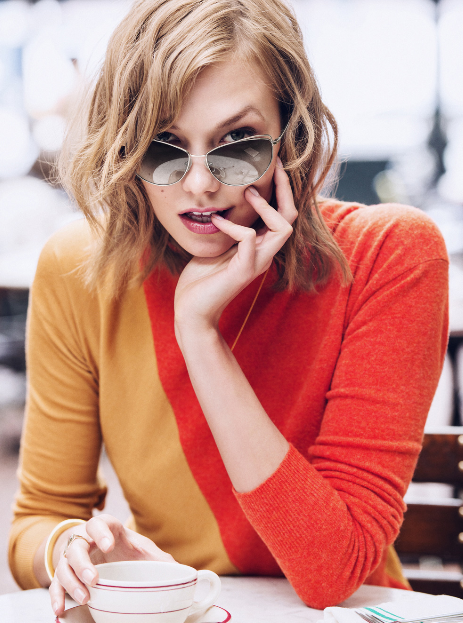 You know those mixed emotions you feel when you realize that someone might actually be the perfect human being? Not only are the stunning and possess legs up to here, but they are also a genuine and lovely person? The type of person you simultaneously want to spend every minute with but also never to be seen with and risk comparison? If you’re still unsure of what I am talking about, just look up any interview with Karlie Kloss. Not only is she undeniably beautiful, but she also seems to exude that kind of infectious energy you can’t turn away from.

While (sadly for us mortals) there is still no magic potion we can take that will help us become more like Karlie, there is something we can do to get in on the Kloss allure. Karlie’s collaboration with Warby Parker debuts on their website today, meaning we finally have a chance to incorporate a bit of her style into our own looks.

The collection, which features three distinct base styles, benefits a charity near and dear to Karlie: Edible Schoolyard NYC.  Specifically the proceeds will go to two community farm stands in East Harlem and Brooklyn. Here students from low-income public schools will have the means to learn and practice a healthier lifestyle than their circumstances would normally allow. 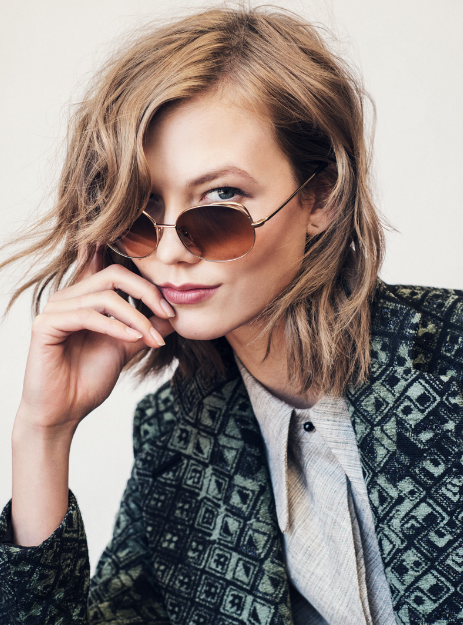 However noble the philanthropic notions behind your purchase may be, the main enticement are actually products. The collection, which consists of variations of three distinct styles (The Marple, The Julia, and The Clara) are equals parts polished and feminine.

As someone who loves a classic silhouette when getting dressed, I like to incorporate more of my own personality into the look through my accessories choices. The subtle drama of The Marple would be the perfect fit for my summer image, helping to smooth my transition from the heat of the city to the slight breeze of Coopers Beach over the weekends.

Much like Karlie herself, The Julia is the All-American classic. The delicate frame creates a feminine silhouette that seems to magically flatter every face shape.

I can see the Clara on someone with a flair for drama, be it on runway or the sidewalk. Trouble follows this one, but thankfully her oversized frames help shield her from the aftermath.

While you may not develop her bone structure overnight, this collection will allow you to experience a bit more of how Karlie sees the world: through rose colored glasses.