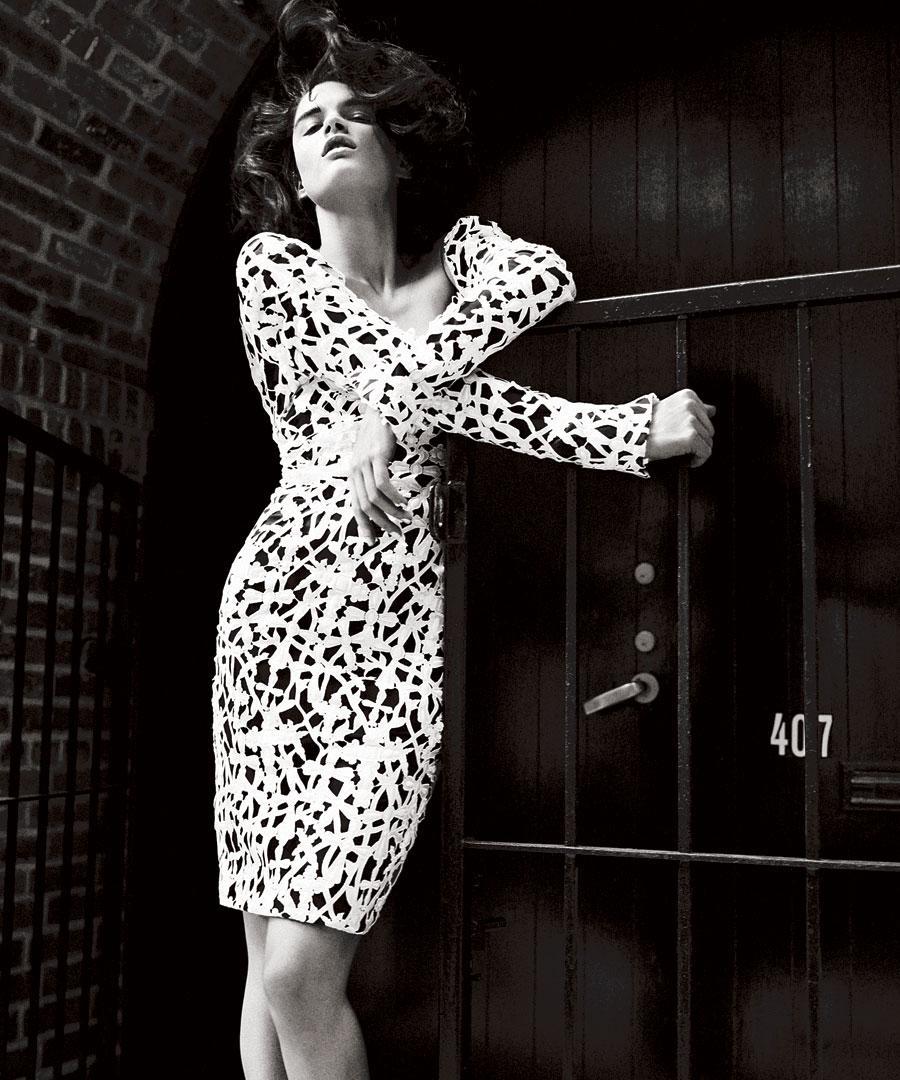 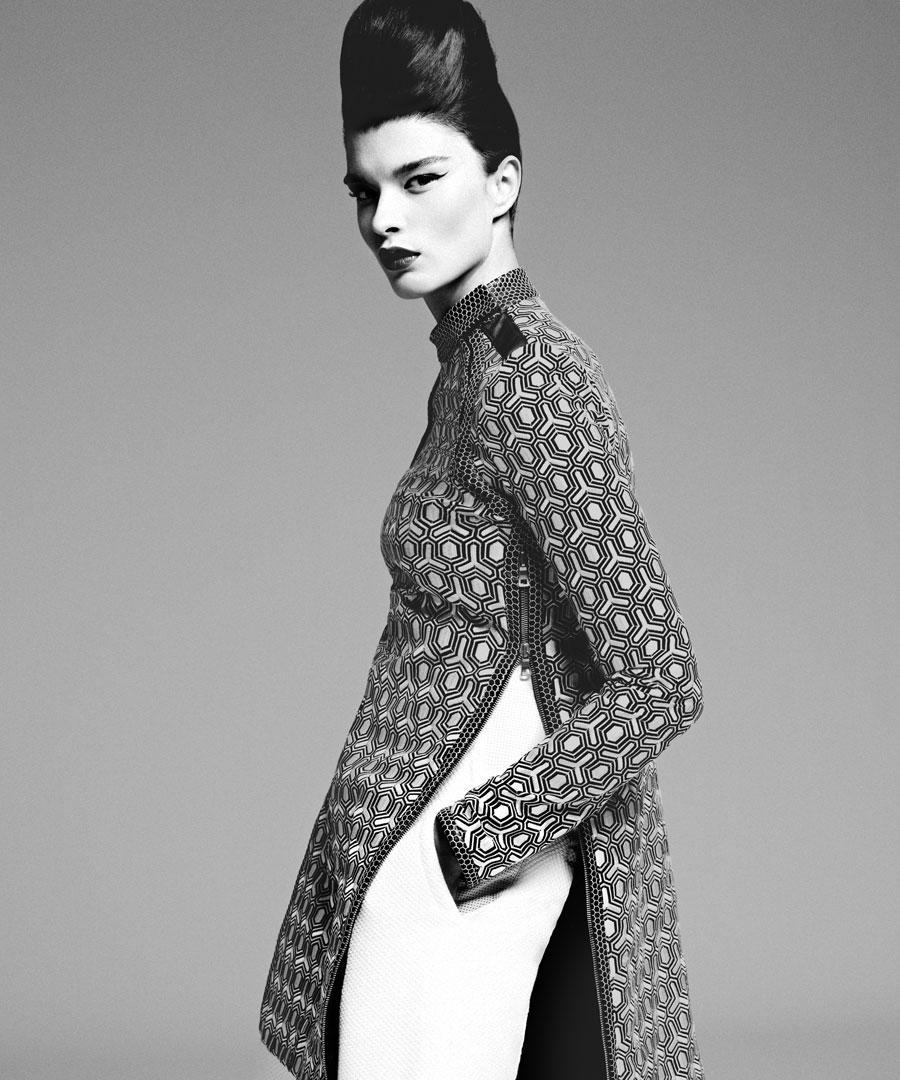 This is the first full-scale shoot that I've worked on that I've seen in print! We shot this back in July at Richard Avedon's former town house which has an actual white-walled studio on the first floor, right next to the kitchen and foyer. Most recently the home was owned by Oliver Sarkozy (sadly, Mary-Kate Olsen did not make an appearance) but is now back on the market for about $12 million (interested?) Obviously the space was amazing, and it was a bit weird to be walking by restaurants and friends's of mine from lower/middle school's apartments while carrying garment bags full of Chanel and Christopher Kane to set. Obviously I'm just an intern, but it was still a bit like "hey, you're actually doing what you've always dreamed of doing."

And even though it's a little bit depressing when the formerly-plus-sized model is skinnier than you, Crystal Renn was such a pleasure to work with. Hers was such a collaborative process with the team, frequently suggesting ways that she thought could make an image even better or requesting a few more takes to see if she could improve upon her work any more than she already had. I've had the chance to work with quite a few models recently, but I can honestly say that she was the one I was most impressed with and the entire day was certainly the best way to kick off the editorial streak (I have quite a few stories I helped out with coming out in the next few months which I will be so excited to share with you!)

On a side note: That girl definitely deserves props for not complaining about the braid she wore in the first image. The hairstylist let me try it on, and it literally feels like someone is trying to yank out all of your hair.

aww this is amazing! well done! I hope you're really proud :)

aww this is amazing! well done! I hope you're really proud :)

You must be very proud of yourself!!! Great job!! yeah that braid looks very unconfy!

This is beautiful! I'm just smitten with the styling and the shoot!

This definitely looks like a dope shoot. That is really awesome that you got to work on it.! Kudos to you.

xo Thanks for stopping by my blog earlier today and commenting. I greatly appreciate it.

Hi! Nice blog!!!
Thanks a lot for visiting and commenting my blog! What are thinking about following each other? Please let me know or follow me and I'll follow back for 100%!
xoxo
Stacy

I'm an instant follower of you now :)

p.s Do you want to win a Snake Wrap Earring?! Enter my giveaway!

I can't wait- when do you get in? I have a HUGEEEEE bag for you and some shoes- that might fit ya? ;)

And get ready for your first "Balenciaga" bag!!! woooo!

so edgy but i love it!