Fashion week was upon us… and just like that it is over!

Where did the time go? Perhaps after a nap a few of those finer details will come back to me, but for now it's all a giant blur: Kors. Hiltons. Minaj. Bieber. Rodarte. Oh my! Thankfully I saved a few photos to jog my memory! 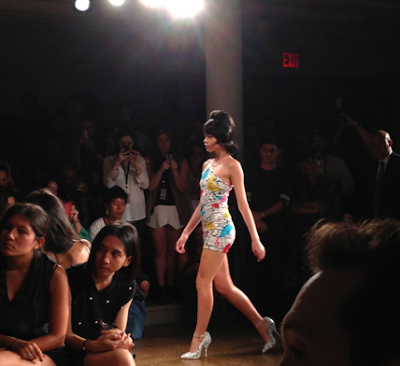 Mod madness/"Teenagers from Mars" at Jeremy Scott.
Highlights included: the complete media frenzy we caused walking in with Nicky and Paris Hilton and Nicki Minaj acting like a complete (undeserving) diva. Not only did she delay the show by about 20 minutes, but she then demanded that everyone (I don't mean me: I am talking the likes of Anna Dello Russo and Giovanna Battaglia here) get out of the elevator as she prefers to ride alone. 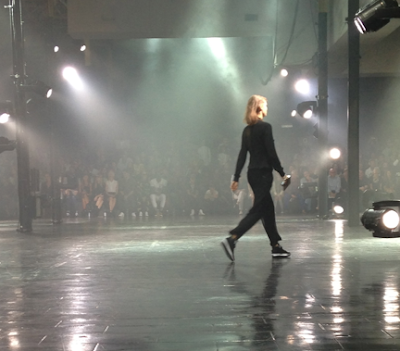 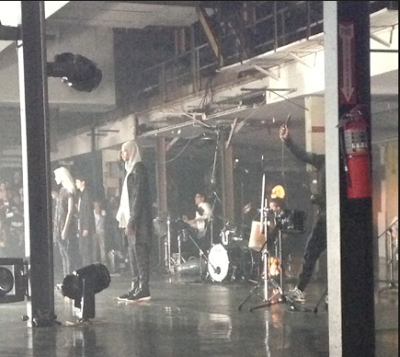 This sporty-pirate look going on at the Y-3 show. Though the whole thing isn't necessarily my look, the show certainly took home the award for best set of the season. And Yohji Yamamoto himself isn't too bad on the drums as he proved to the room by taking over for the drummer rather than the usual, end of show jaunt.

Oh the irony: barely a month after my Bieber-fever ceased (I finally accepted that he is too much of a mess for me to deal with - even at a far distance) I met and chatted with him for a few minutes after the show. 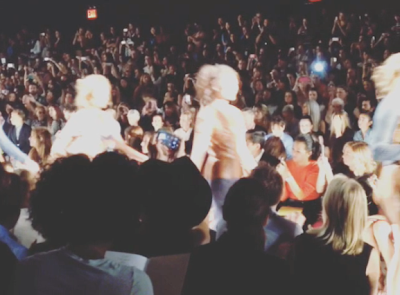 Michael Kors is no stranger to Ladylike Americana. 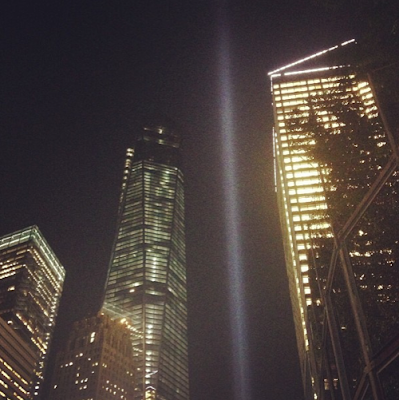 Even amidst the glamour and constant hustle of fashion week, it's important to look back and reflect on all of those who lost loved ones in the horror the occurred twelve years ago.
Childhood memories come back to me in bits and pieces rather than continuous events, yet it's hard to think back to my lower school days without remembering that fateful morning in second grade when my parents came to pick my brother and me up from our respective schools. I'll never forget walking home as inconsolable people were breaking down in the middle of the street and smoke and debris came at us from the downtown direction.
I often work out of my boss' home office which has a great view of the newly rebuilt Freedom Tower (above) and though it's lovely that New York is making such an effort to make a statement about our strength as a nation, it's still a painful sight. 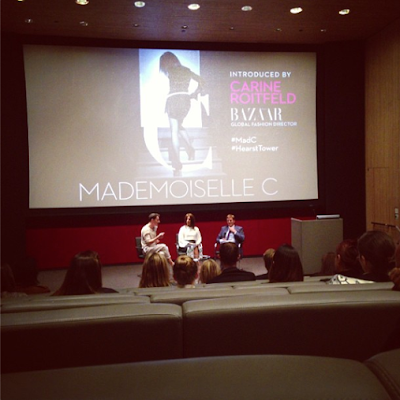 It's no secret to anyone that Carine Roitfeld is my Queen. As such, it was extra special when I was able to not only see the film before it was released, but take part in the pre-show where Carine and Fabien Constant (Mademoiselle C's director) introduced the film and took a number of questions. It was also quite funny to see that what seemed like half of the V magazine team and our offices were featured so heavily in the documentary (which focused on the months leading up to the release of CR). 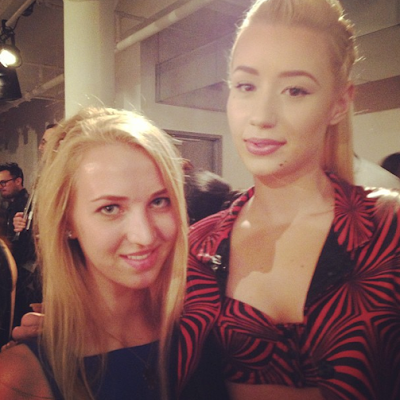 Bumped into this lovely lady, Iggy Azalea, at Jeremy Scott. I know, I know... I look tiny (Iggy shared this shot on her Facebook page which was met with loads of ego-boosting comments about the 'midget' standing next to her.) Let's all keep in mind that she is like 5'10 and in heels here. I'm 5'7, I promise! 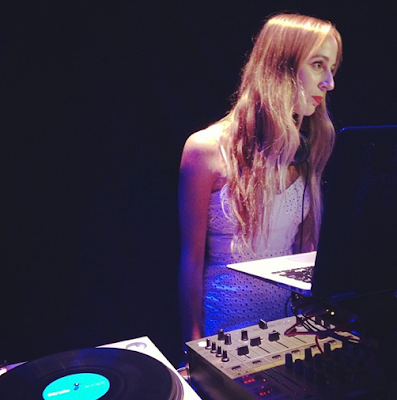 Harley Vierra Newton: Former model // DJ // girl about town. A potent combination that can only make up a true it-girl. 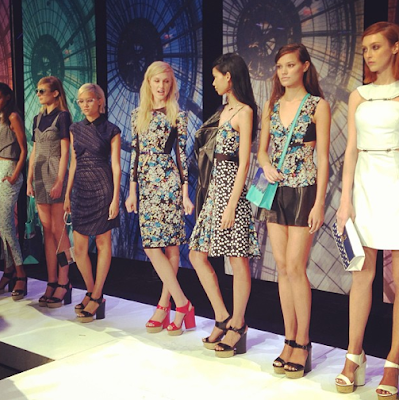 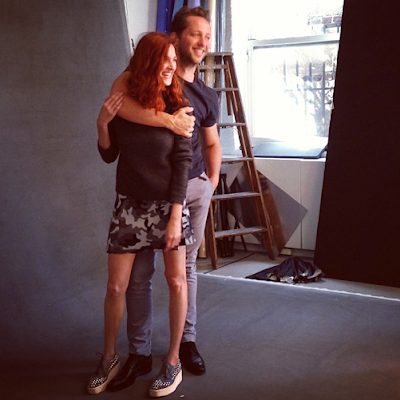 Taking time out of the busy show schedule for Derek's photoshoot with his former roommate, Taylor Tomasi-Hill. (Who is now part of the team running online mega-store Moda Operandi.) 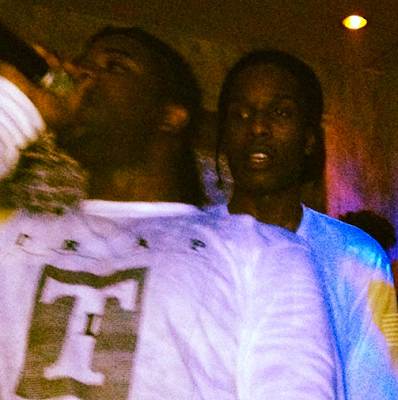 Part of the A$AP Mob (Ferg & Rocky) performing at the VFiles party. I'm clearly not hip enough to understand this whole "we're all named A$AP thing" so if any of you can explain it to me, please do. Another thing I don't understand: This little fashion week romance going on between A$AP Rocky and Chanel Iman... 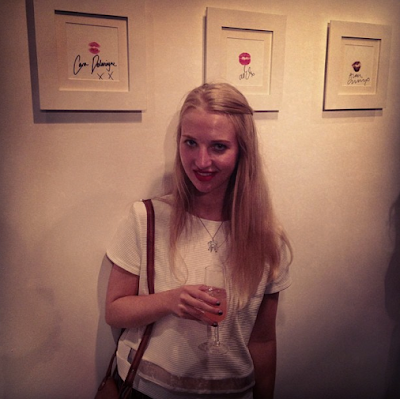 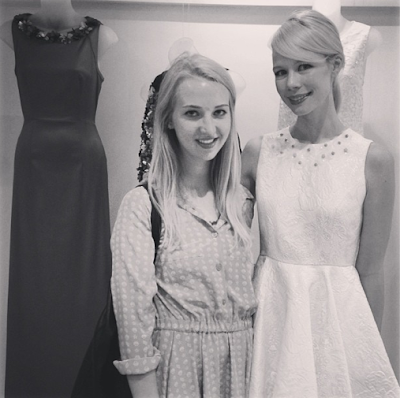 Meeting with the lovely newlywed, Erin Fetherston, at her Spring/Summer14 presentation. I'm not sure which was prettier: the garden party dresses or the bubblegum pink cocktails.

Keep posted for a more descriptive re-hash coming at you sometime in the near future...