Welcome To Your Roaring 20s 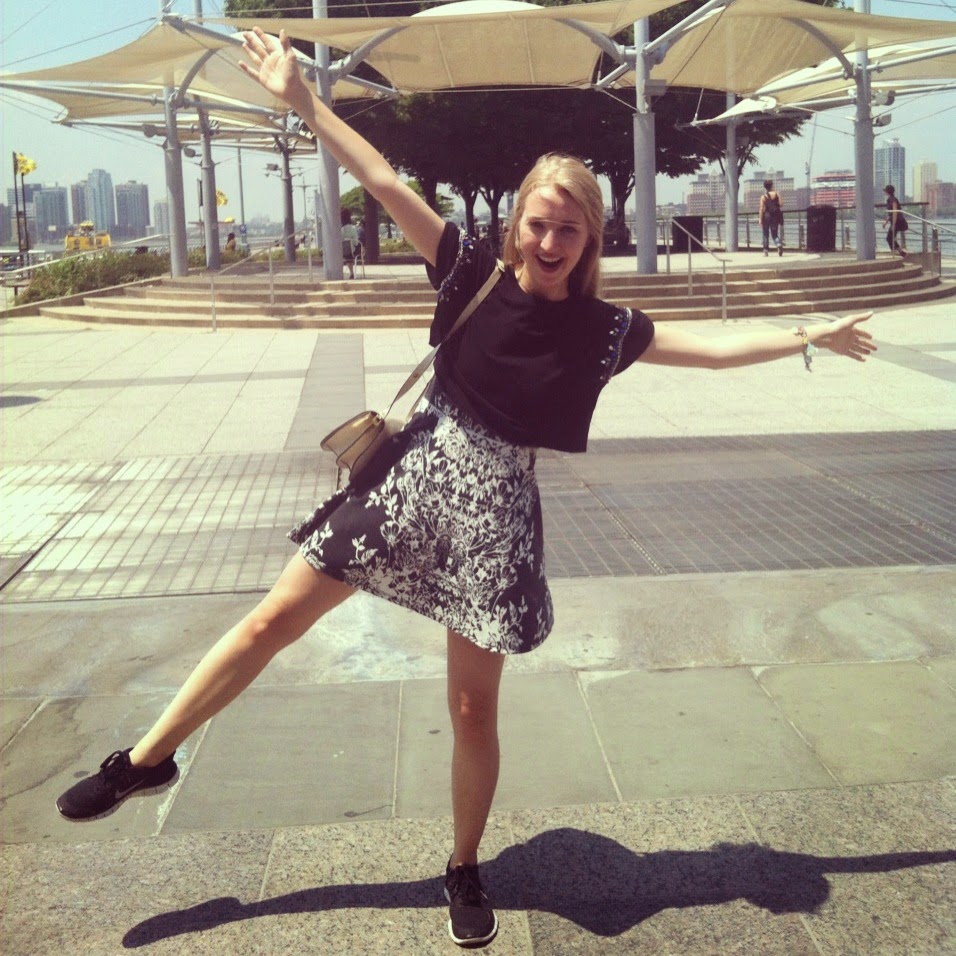 Falling right in line with my aspirations for perennial childhood I spent my actual 20th birthday drinking wine and watching Harry Potter with a few friends (although I did also meet Daniel Radcliffe the day before, so I think it’s justified? More on that later.). The week surrounding the actual day on the other hand was filled with festivities, most of which involved my favorite activity: indulging in all of the food opportunities New York City has to offer. 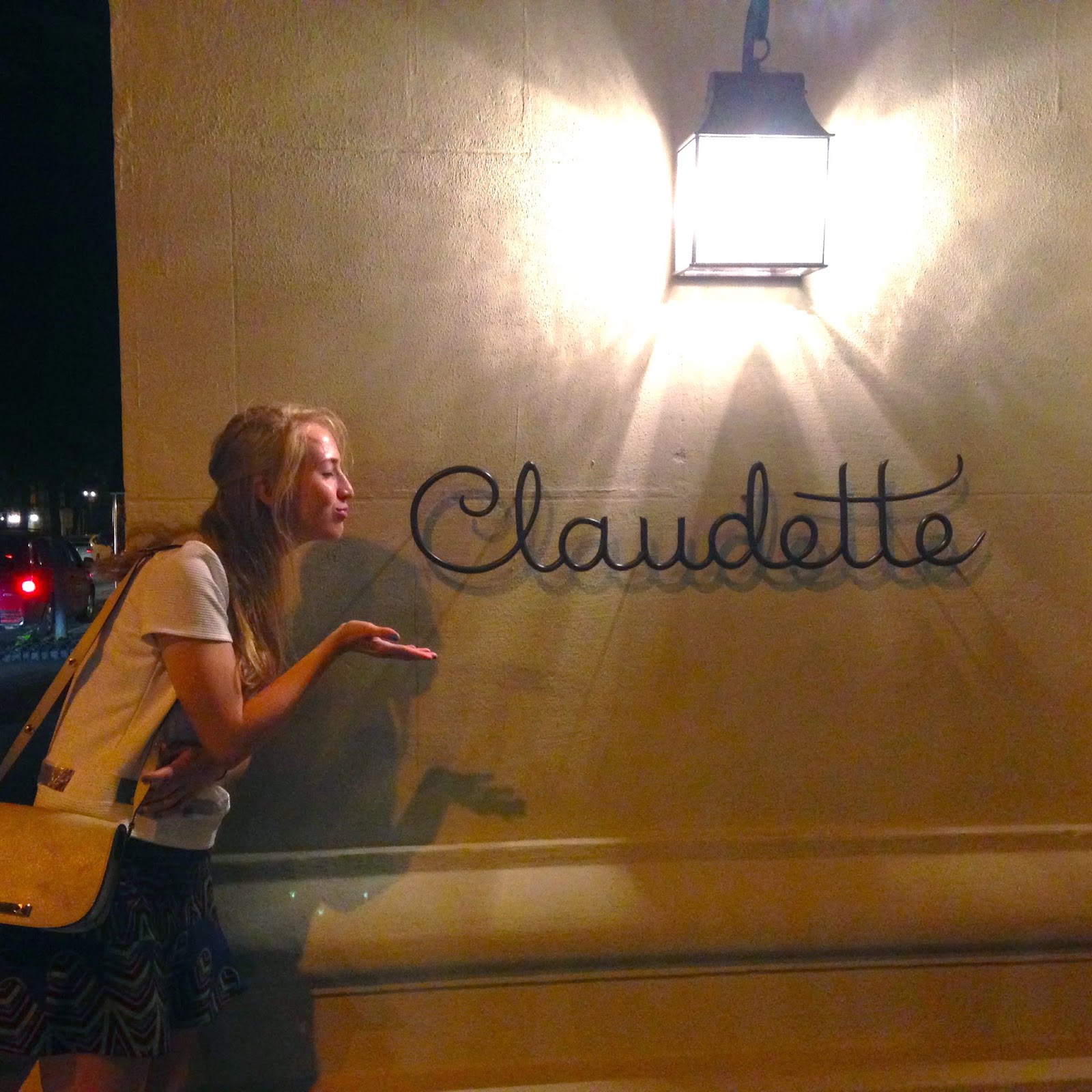 Claudette, the new French-Mediterranean restaurant, which opened in May, is one of my new favorite dinner spots in the city. It’s located in the ground floor of one of the three buildings in NYC that I have picked out for myself as ‘suitable’ locations for my 30s (big plans for my 30s) at the bottom of fifth avenue, just a few blocks from the Washington Square arch. Judging from the chi-chi location and atmosphere, I was expecting tiny portions of mehh-inspiring food. But in fact everything was delicious.  The charred octopus and eggplant that I ordered was On. Point. 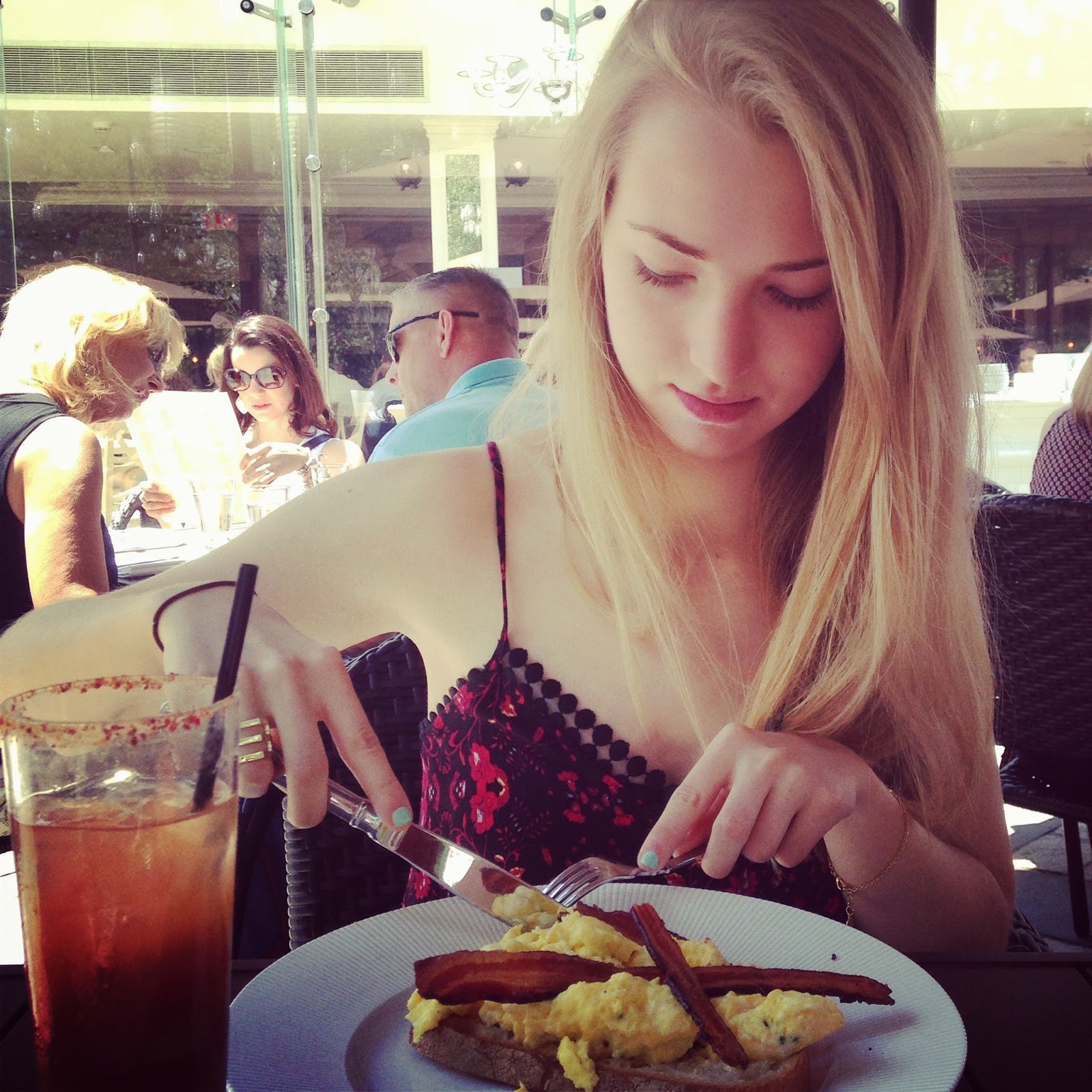 I was excited to hear about the reopening of Tavern On the Green, especially since I hadn’t been able to find a favorite brunch spot in my area yet. I’d been the original restaurant with my parents when I was much younger, but I don’t have a clear memory of the food. Now, under the new (female!) head chef Katy Sparks, they’ve taken on an all-American theme. A friend and I went over the weekend and had a lovely time sitting outside, looking over central park. Next on my to do list is their indoor champagne bar… 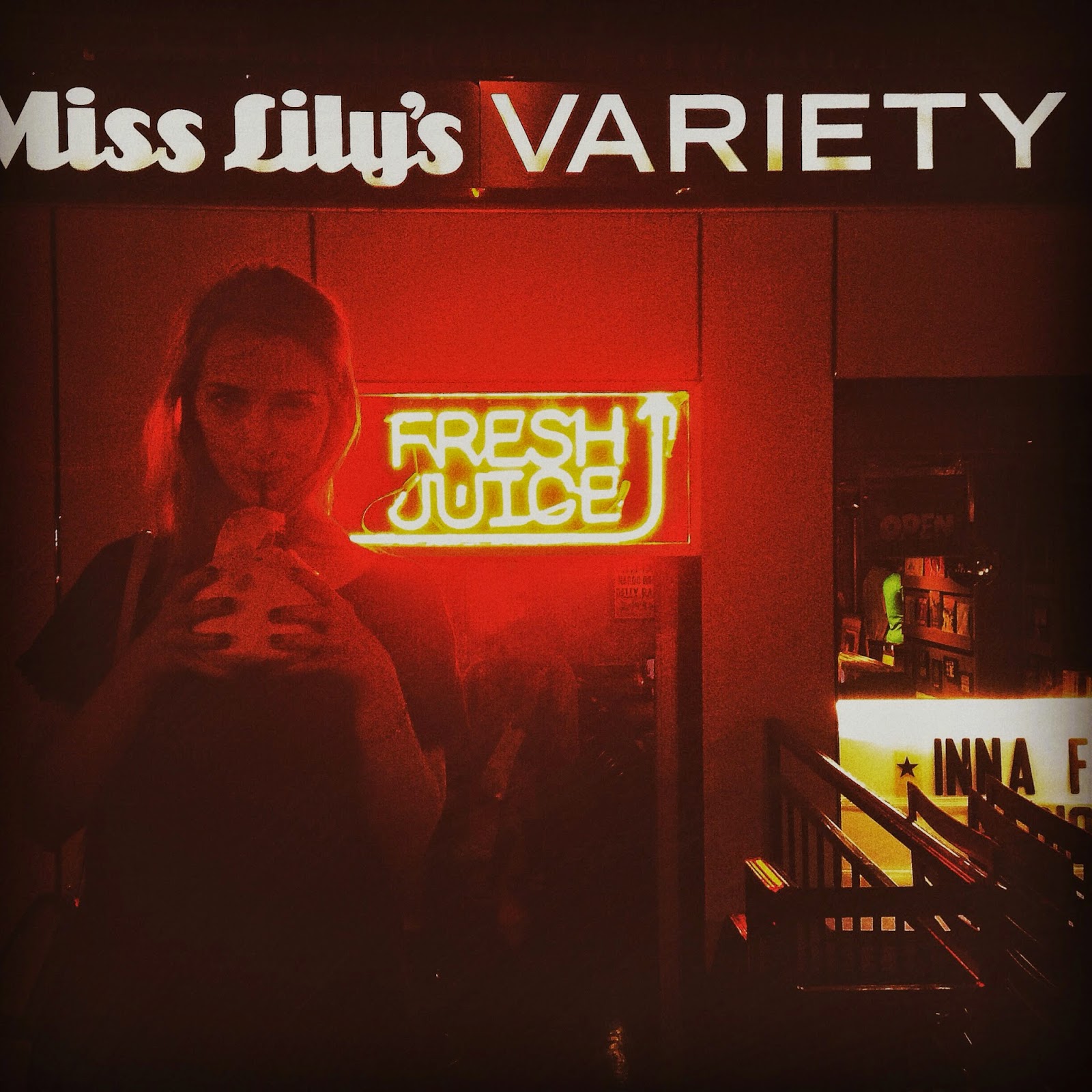 Now for that Daniel Radcliffe story… A few nights ago a friend and I caved to a late-night fro-yo craving. As anyone who has ever been to a 16 Handles knows, it’s all about trying every single flavor multiple times before finally buying $2 worth of one to be nice. So in the middle of this a girl and guy come up to me and ask where had I gotten the sample cups? Looking straight at both of them (no doubt with chocolate running down my face) I told them. Absolutely no recognition! My much more observant friend pointed out to me that I had just spoken to Daniel Radcliffe. Looking back to the couple I had previously addressed, I realized that I had in fact just made contact with Harry Potter. And I had no idea. Neither did anyone else in the (albeit almost empty) shop. How does he do it? It’s magic. Needless to day I will be gaining a lot of weight this summer from frequent stops into that 16 Handles.

The phone above is taken outside of Miss Lily’s right after the incident. In my star-struck-haze I momentarily forgot that I actually despise coconut water and drank the whole thing. 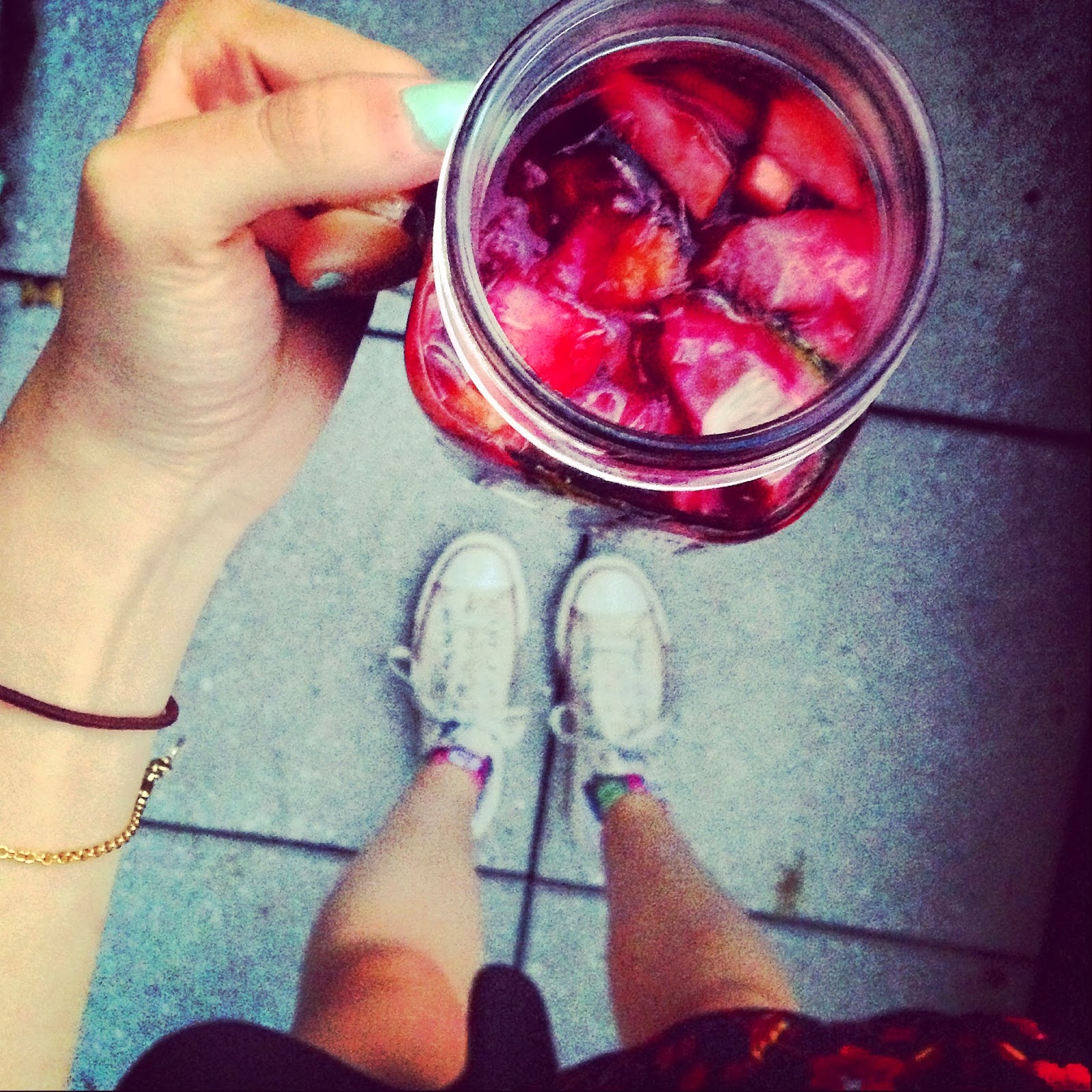 Finishing off the week on a high note, we made DIY sangria and sat on the roof. You wouldn’t have believed the view as the sun set. It was truly the perfect way to enter my next decade.

Great post and I loved the story about Daniel Radcliffe! I love your blog and I have started following you with Bloglovin. If you ever get a chance to check out my blog I would be delighted, thanks!

Haha I think I would be completely starstruck if I saw him in person! But i guess I wouldn't expect to see him in a fro-yo joint after dark either haha. Lovely photos, I think I'll have to check out Claudette as well as Tavern on the Green (I've never been) on Thursday for my birthday! I'll be 22 :) I like your blog :) Definitely am following you on BlogLovin'

Omg! I would die if I ran into him!
http://ifashionandbeautyblog.blogspot.com/

Behind the Mirror said...

Looks like a wonderful way to spend your birthday. Best wishes for your 20's!!! Lots of fun ahead!!

Love your shoes in the first photo!

So funny about Daniel Radcliffe! That would be awesome. :)

Aww Daniel Radcliffe, love him too! :) You're so pretty, awesome photos!!