Werqing It Out In My Vogue Jeans 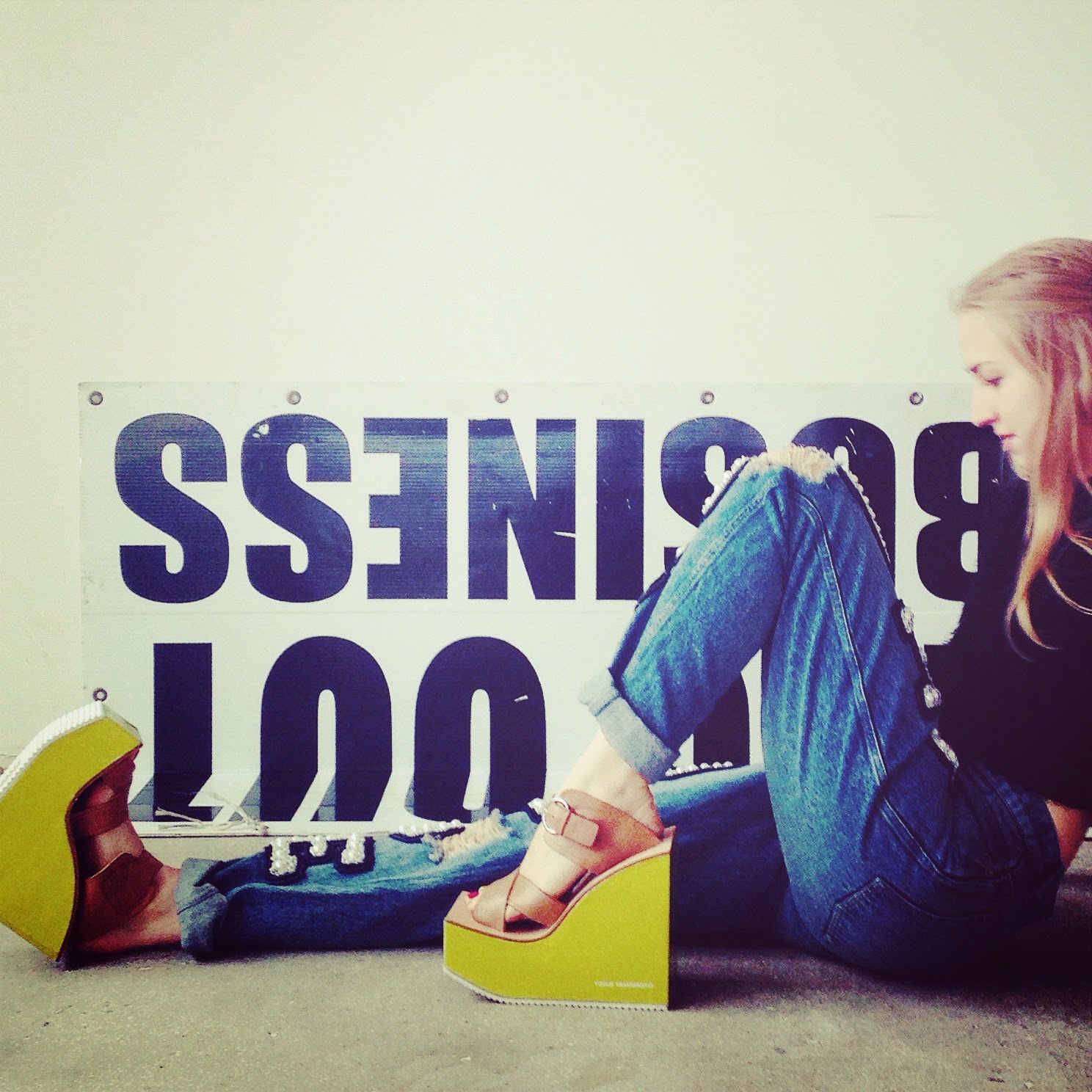 The first time I saw these hilarious jeans by Ashish was on the legs of Karlie Kloss at London’s Vogue Festival last February. What a clever and cheeky nod to the event. But I was skeptical of whether or not they would work in real life- especially when worn by someone who doesn’t quite fall into the same ‘legs for days’ category as Ms. Kloss does.

When they finally hit stores a few months later I decided to try them on- partly for kicks, but mostly because I was curious to see how they’d look on actual human proportions. The fitting room can be dangerous territory in these sorts of situations… The second I put them on I started dreaming of how well they would go when paired with heels (a la Karlie) or even funky sneakers (as they were shown on the Ashish runway).  It wasn’t up for discussion; they had to come home with me!

As with any bold piece, working up the nerve to wear them in public took a little psychological preparation. Since they are incredibly roomy and easy to move around in, I figured working all day on a photoshoot would be the perfect opportunity to break these puppies out. Surrounded by like-minded fashion girls (and boys), they did not go unnoticed. A few people even wanted to try them on which created an interesting V-flat, multi-person changing area situation. They were such a hit that the photographer wanted Ali (Michael, the model) to try them out for the story we were shooting. The story has yet to come out, but I can’t wait to see if my pants made the cut! 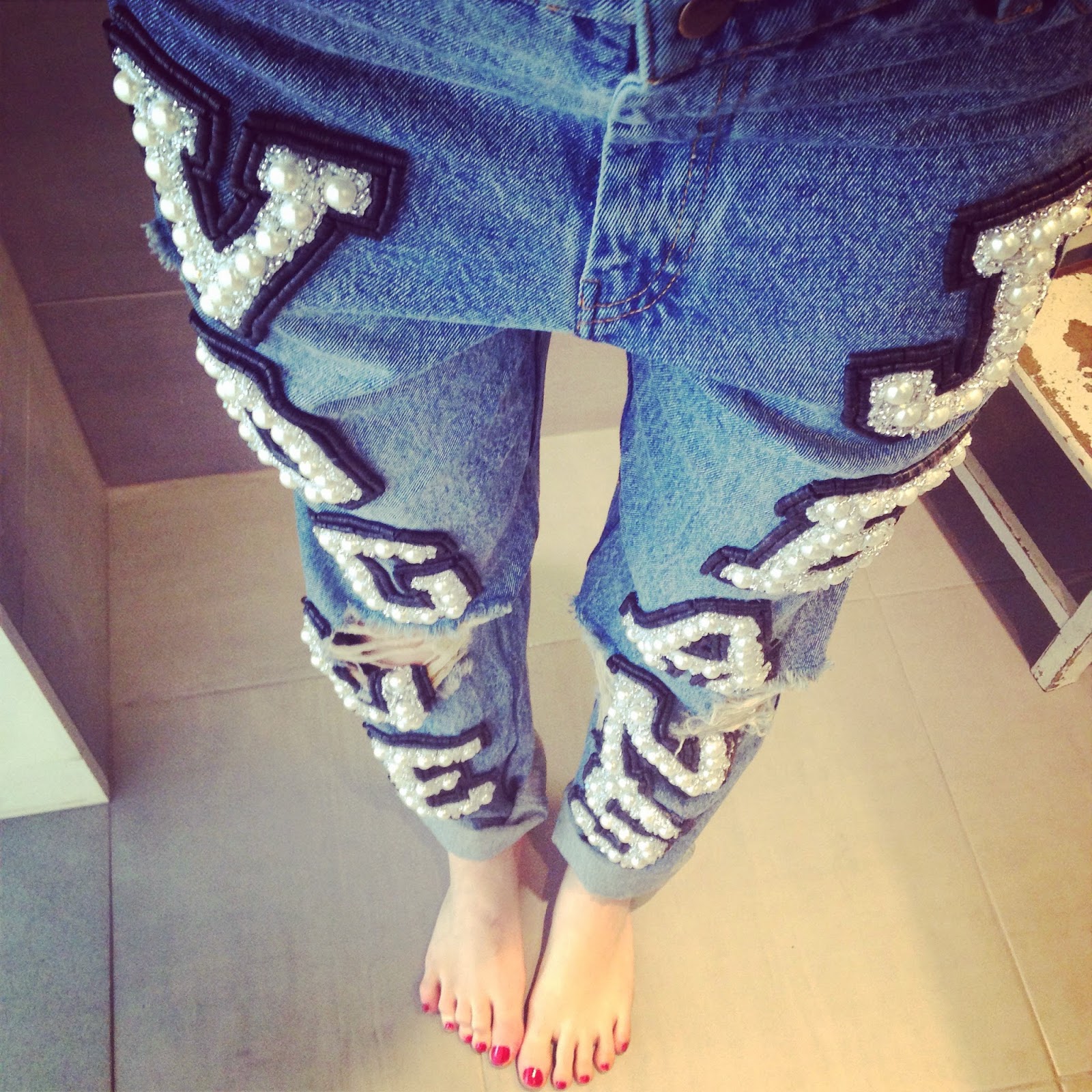 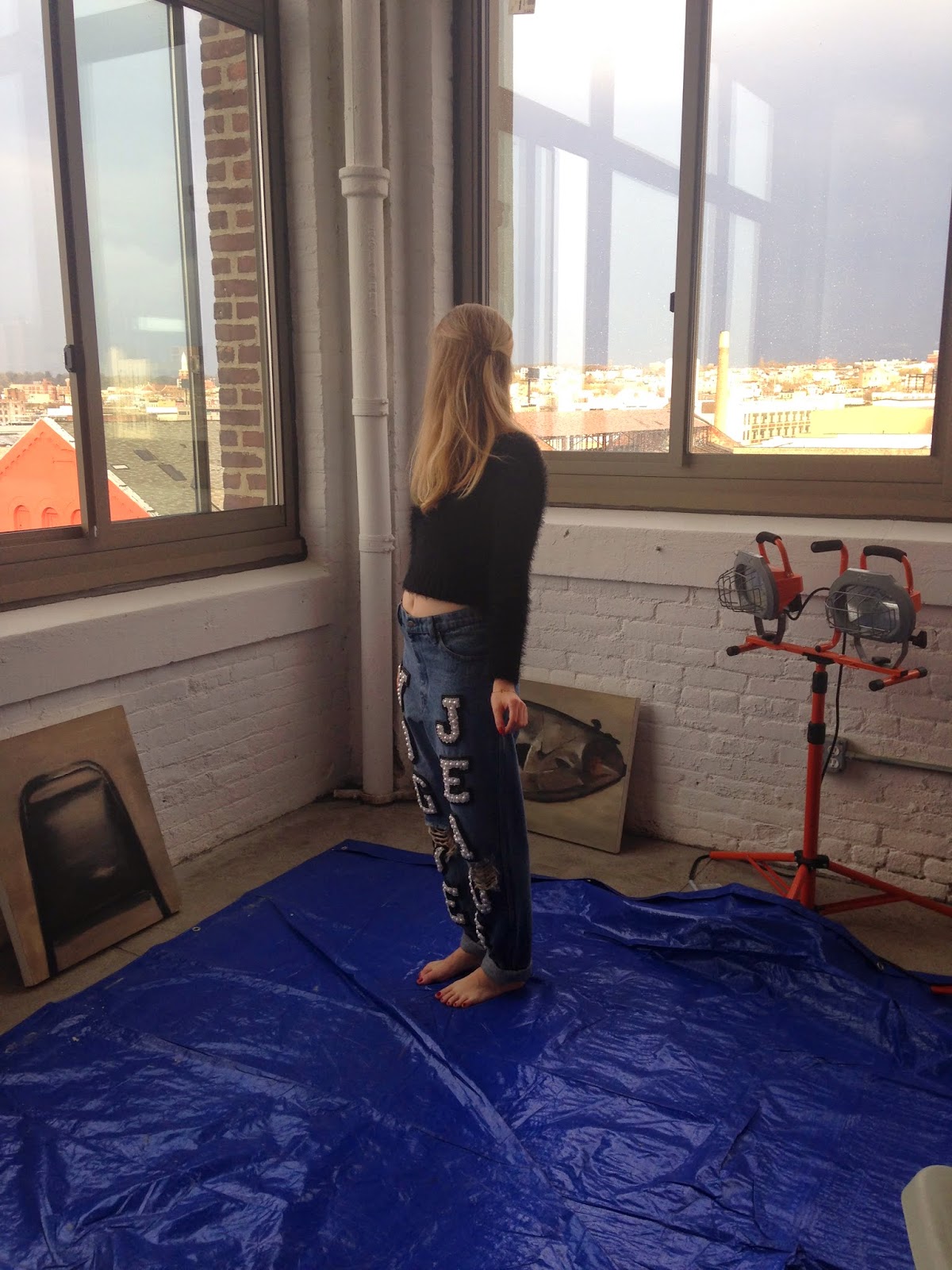 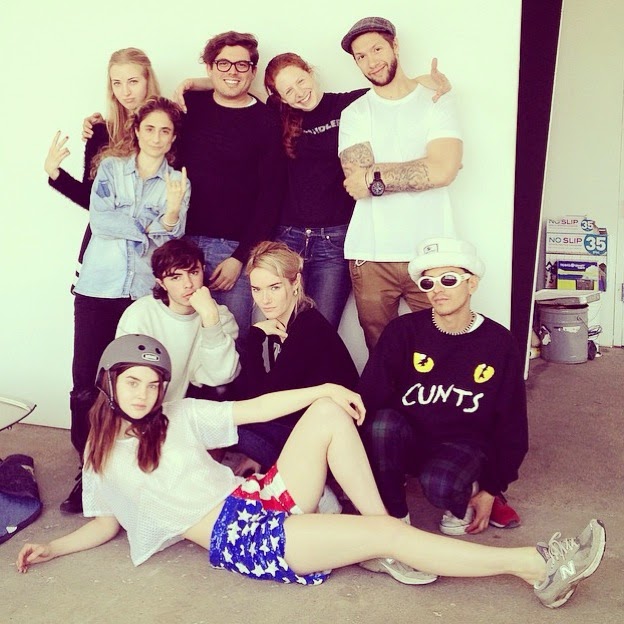 I personally think that jeans is fabulous! Not sure how it'll fit a middle aged mother like me but I can totally see myself rocking it with a pair of killer heels!

I love the pants!
www.alessandrastyle.com

Love the wedge and interesting jeans.