A Weekend in Vienna

It may be one of the cheesiest travel clichés of the tumblr-sphere, but I can’t seem to think of any other way to express it accurately: I love the feeling of being anonymous in a city I’ve never been before. I know it seems like I’ve been doing a lot of that lately (and there is more to come) but I think it was especially applicable to a recent stay in Vienna.
It was late August, a time when most Europeans head for the hills (literally), so naturally the city was pretty empty. But I was surprised by how completely desolate it actually felt. Exploring some of the back alleys and side streets, I could have walked up to ten blocks without seeing anyone else outside. If it hadn’t been for the cars parked on the streets or the merchandise in the stores, the city’s old world charm would have made a pretty convincing case that I had been transported back a century or two. 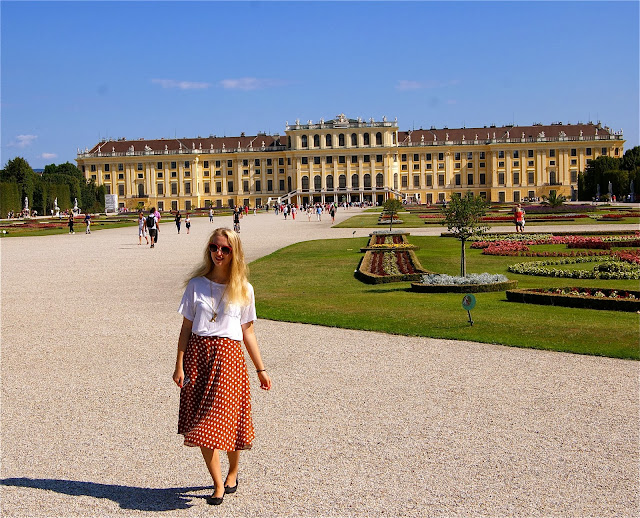 With palaces to explore and operas to attend, my look was decidedly more regal than usual. Sadly I had left my best Chanel Haute Couture in Paris so I had to make due with this midi-skirt, an option a friend had conveniently left in my closet while I was packing. I like how this silhouette has a way of making any girl feel like a (boho - fitting considering my proximity to the Bohemian region here) princess. Well, I'm sure the backdrop doesn't hurt either. 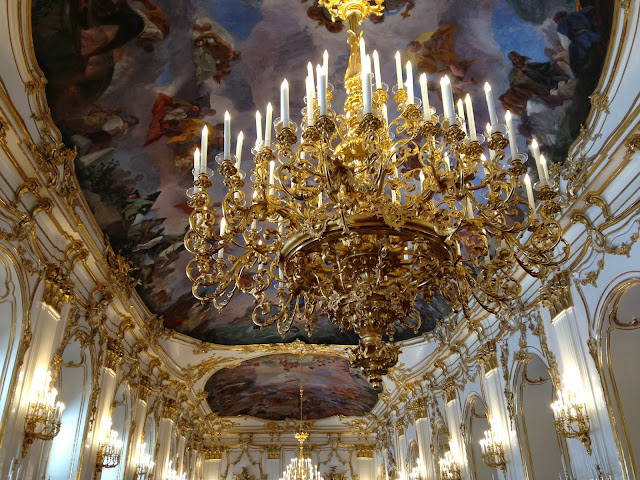 The palace in question is the Schloss Schonbrunn. Located about 15 minutes outside of Vienna, the former summer residences of the emperor and empress boast exquisite architecture and decor vastly reminiscent of its french equivalent, Versailles. It's own little hall of mirrors and gilded chandeliers above. And don't miss the portrait of Marie Antoinette as a pre-teen. As if I would miss the opportunity to stock up on a few of the best UK monthlies at Heathrow (where prices are so much cheaper than they are in US they're basically free... right?) With these on my bedside table, anywhere feels like home. 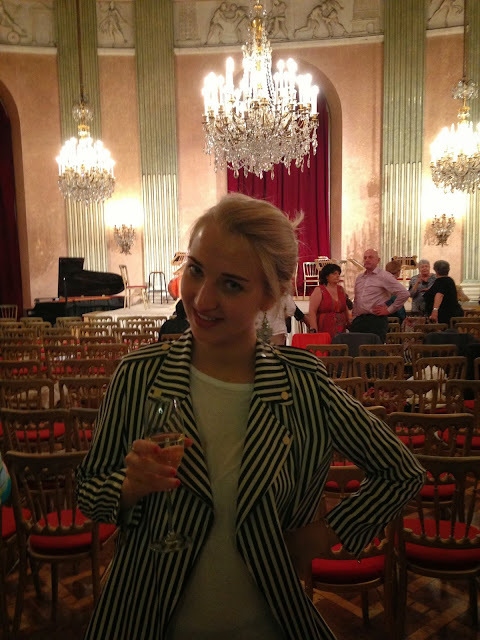 The opera, in short, was nothing less than dazzling.
The audience, however, was a bit less of those genetically blessed/geographically mobile folks I was hoping for and a bit more midwestern tourist. But with the all of that champagne flowing, who really cares? 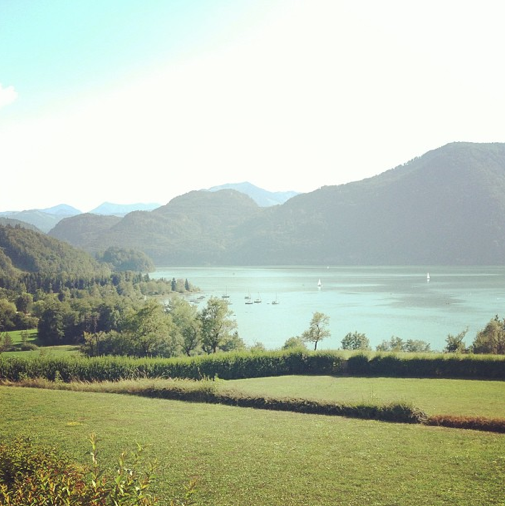 An extravagant display of nature.
One would not expect this little gem of serenity to be located right off of the highway leading into (or maybe it was out of?) Vienna. But there it was. The only thing I can think to compare it to is Lake St. Moritz in Switzerland. But even that can seem overpopulated at times whereas this one - on a perfect Saturday afternoon in August - had only the rare sailboat lazily meandering in the wind.

I really enjoyed reading and seeing your p.o.v. of my home town! These are some lovely pics!
www.theflamboyante.com