When Irish Eyes are Smiling 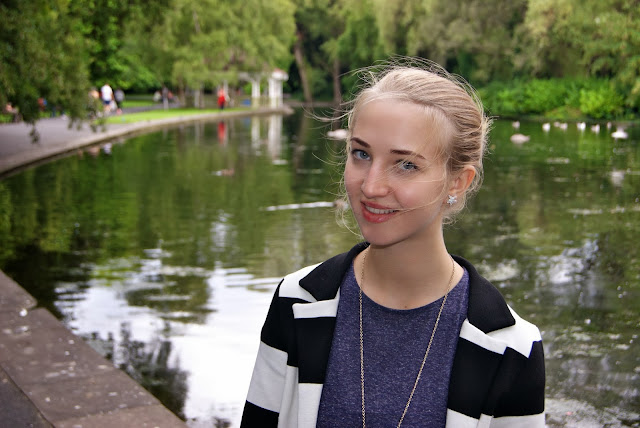 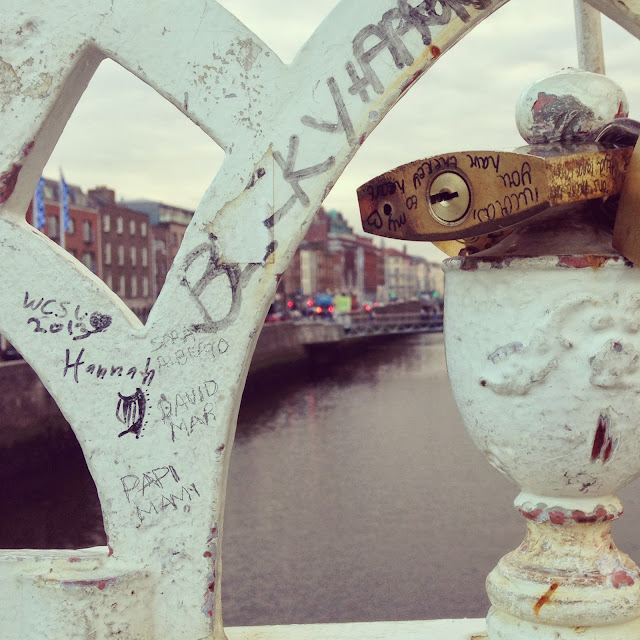 On my way to Munich recently, I had the chance to pick any destination that I wanted to spend a few extra days exploring while en route. It came down to my top two choices: Dublin, Ireland or Edinburgh, Scotland. Apart from spending some quality time parked in front of a screen stalking each city on tumblr and pinterest, I wasn’t exactly an expert on either. But for whatever reason, I woke up one day and decided that it would have to be Dublin. Dublin was the place to be.
Having absolutely no real reason to be there, I wound up with four whole days to do whatever it was I felt like doing. It's the best way to see any new city: whiling away the hours wondering between various parks and shops or indulging in national pastimes (pubs) and location-centric experiences (pub crawls.) 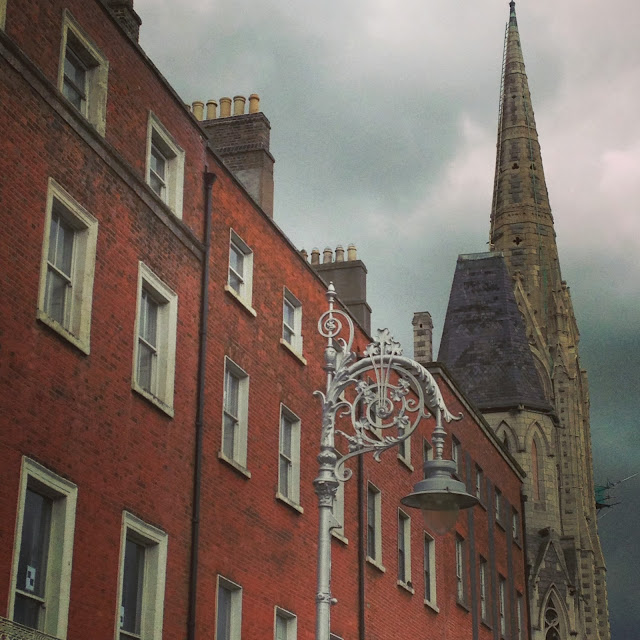 After spending about five minutes in this town it’s easy to see why so many people compare it to London. Extraneously, the architecture and weather bear a striking resemblance.  Perhaps a more significant commonality, however, is the prevalence of Nando’s in both capitals. Dining here had recently been added to my life bucket list (yes, it exists) after having heard more than one member of One Direction and Ed Sheeran sing its praises as their “ideal date spot.” 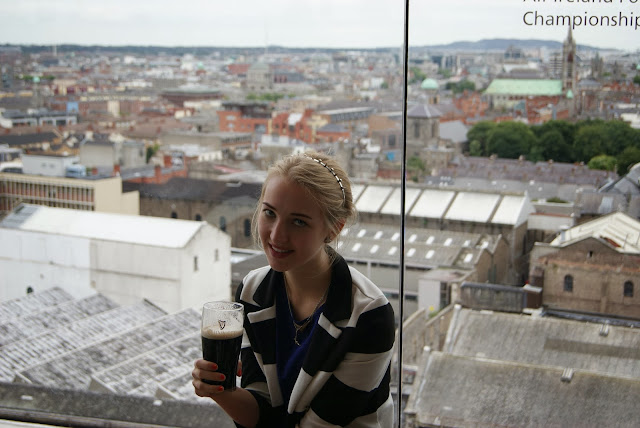 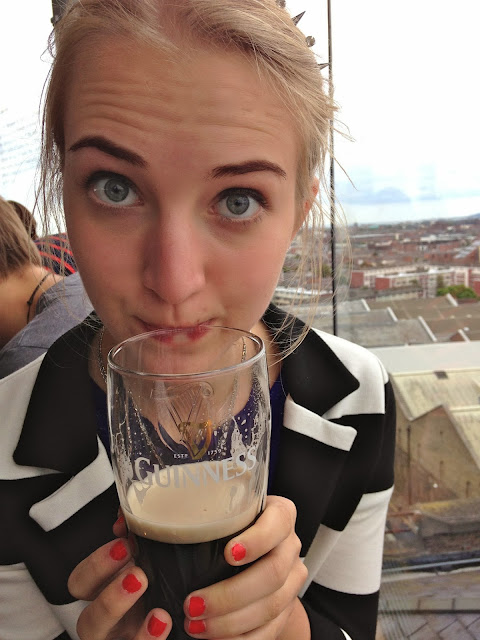 With the fine eating establishment of Nando’s (the UK’s answer to our embarrassing fast food obsession) crossed off of the list, I decided to try another activity which is almost synonymous with Irelans. I mean, it wouldn’t have seemed to right to come all the way to Dublin and not take a trip to The (Daphne) Guiness Storehouse, right?

As someone who doesn’t have much experience in the consumption of beer (I have been to a total of 1 frat party while visiting a friend at a college upstate. Otherwise FIT girls are really only here for the champagne and mojitos, thank you very much) it wasn’t something I was dying to do, but I went anyhow to see about this whole ‘Gravity Bar’ situation, which, as it turns out, is an actual bar on the top floor (high up there by Dublin standards) with floor-to-ceiling panoramic views of the surrounding cityscape and mountains beyond. A memorable highlight of the trip. The only truly sad part of the afternoon was the fact that I didn’t have my ID with me and the bartender wouldn’t believe that I was over the age of 17… It’s recently come my attention that I must look like a 12-year-old. The other day I got carded multiple times on my way into the theater to see Don Jon (an R-rated film.) Geeez. 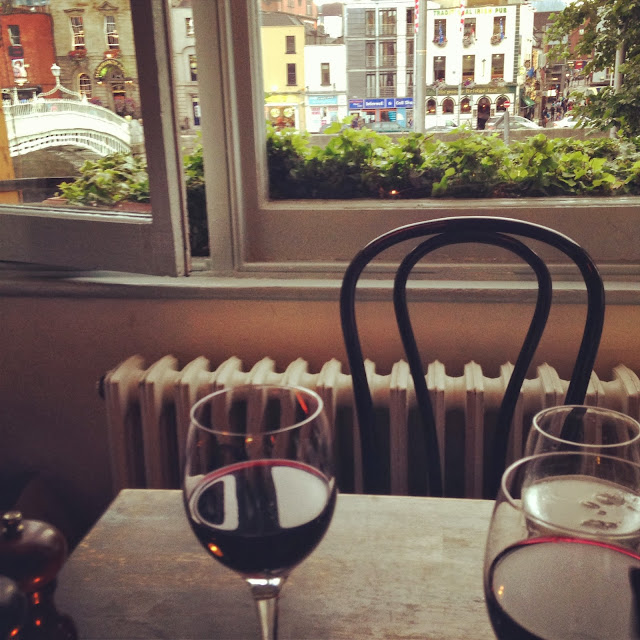 The best restaurant in town: The Winding Stair, right on the other side of the Ha’Penny bridge from the hectic Temple Bar district. Had this quiet space been located in the West Village, I could easily imagine having to deal with it being booked out months in advance. Instead, since Dublin is so much better, they can usually take you the same night! And right by the window at that. 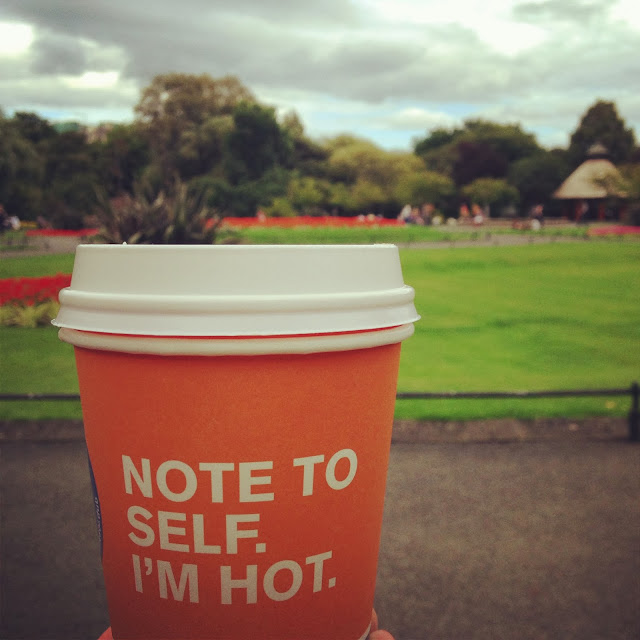 Continuing my mission to get up really early and have my coffee in every major city’s public park while simultaneously boosting my self-confidence. 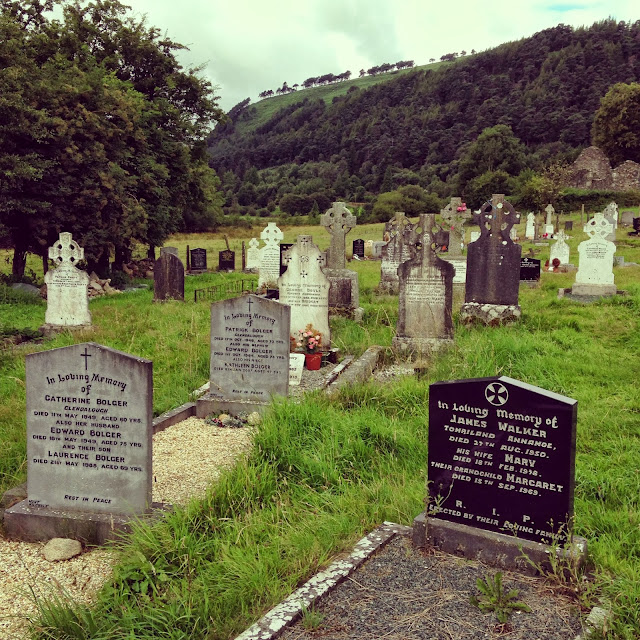 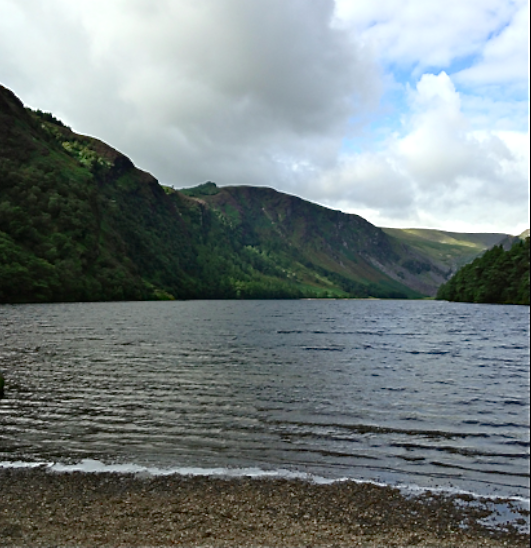 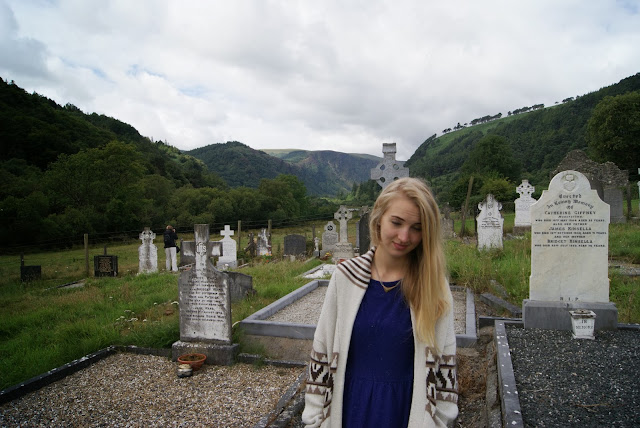 Waking up at the ungodly hour of 5:30am didn’t seem very promising in the moment, but proved to be worth it as we came into Glendalough on our way to Kilkenny (a valley in the County Wicklow which was carved out by glaciers during the ice age) and the realization that Ireland’s natural beauty is every bit as impressive as it’s urban counterparts.

Dublin seems to be a real tourist trap at the moment and the recession has made it become a pastiche of itself. But I love the culture and the language of the locals. It is funny this nandos obsession everywhere! :)

Such amazing pictures. And i'm obsessed with your blazer. So fabulous. Wonderful post, love. If you get a second, I'd love to hear your thoughts on my latest outfit. :)


Away From The Blue

That blazer is beautiful!

Beautiful pictures! I liked your blog and thank you for your comment on mine =) Oh and thank you for the tip, I've alredy seen the editorial of Blake Lively and I loved it!
Do you want to follow eatch other? I'm already doing it =)
Kisses from Portugal =D

I usually don't wear pattern but when I do I wear stripes, very cute dress and blazer xx
M