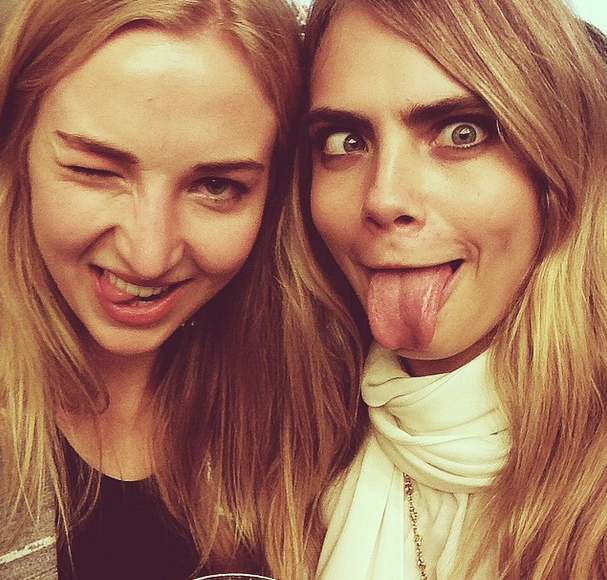 The SS15 NYFW has been my busiest season yet. In past seasons I’ve stayed active by attending a few shows, even working behind the scenes on a few (Jeremy Scott, Jason Wu…), but this was the first time I felt the frantic pull of needing to be in five different places at once. At the very least, it has certainly added up to the most money I’ve ever spent on cars/cabs in one week.

Although I was in dire need of a juice cleanse and good nights sleep by the end, it added up to one of those magical New York experiences I used to fantasize about as a child. Just thinking about it now makes me feel as bubbly as one of the hundreds of glasses of champagne I must have consumed over the eight days. 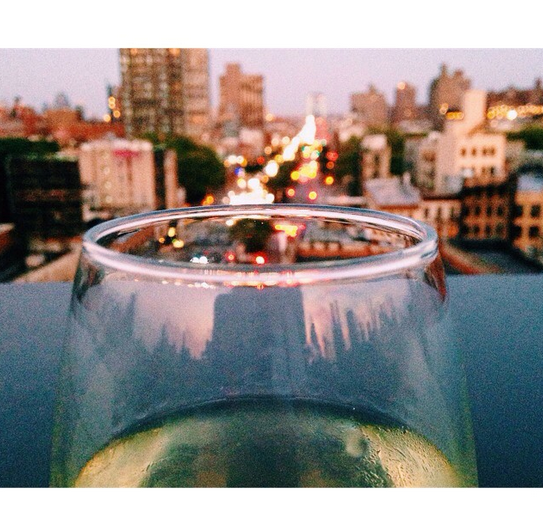 One of my favorite shots taken during cocktail hour with Lafayette 148 on the roof of the Nolitian Hotel. Is there is a finer sight than a glass of white wine disappearing as fast as the last moments of the late summer sun over the Williamsburg bridge? 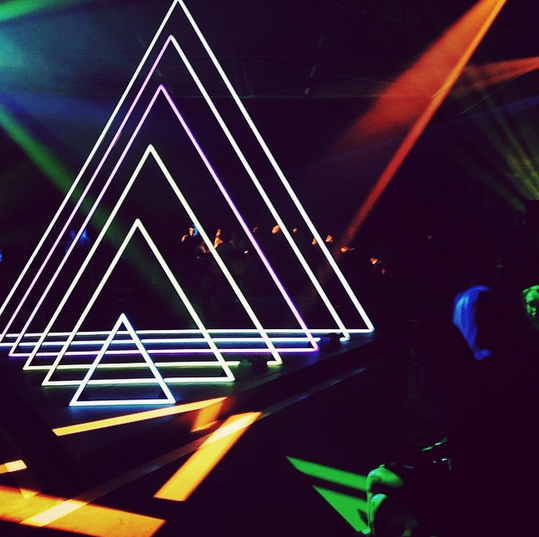 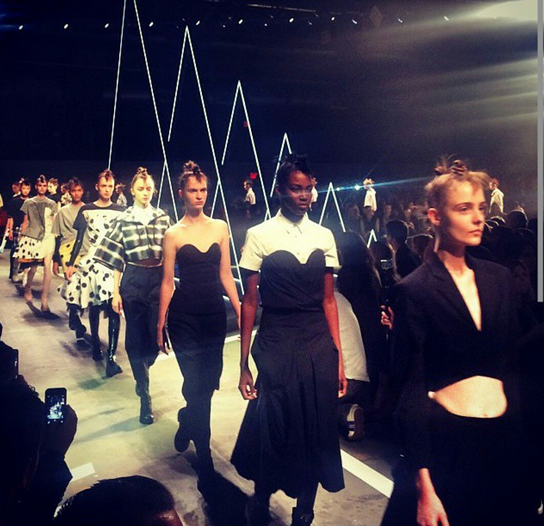 The scene at Luella Bartley and Katie Hillier's second collection for Marc by Marc Jacobs (#MBMJ) required full immersion. From the moment I walked into the warehouse-like show space at Pier 94,  I was in their world. For starters it was so dark that I had to enlist the help of my iPhone's flashlight feature to find my seat. The electronic music was blaring- seemingly in time with the pounding in my head, bringing back memories of the night before.

The rave-inspired collection was all in all a bit much for me, but I am already planning Spring looks around the 'New World System' T-shirt and spikey topknots (courtesy of Guido). If the hair didn't get me during the show, the sight of a model sprinting across 10th Avenue post-show, still in full hair and makeup, was tempting enough to get me to book an appointment with my salon ASAP. 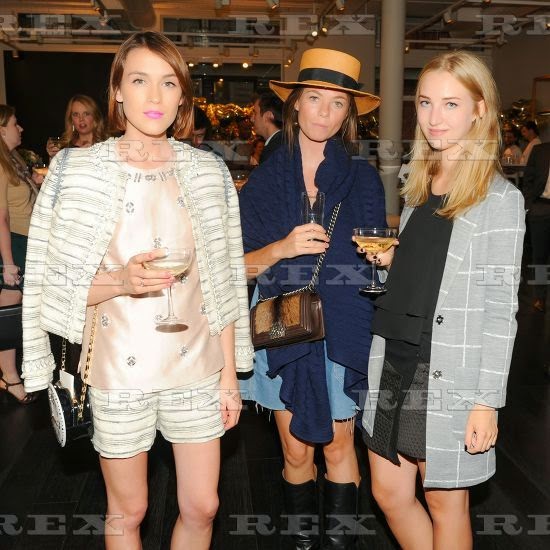 (apologies for the obnoxious watermarks)

More than anything this week I am grateful for my parters-in-crime Ella & Elizabeth!
Above, at the Mulberry x Cara Delevingne collection party.

Sounds like a great week, I'd love to attend NYFW!

wow it must to be amazing to experience NY fashion week! lucky you!

Lucky! I have always wanted to go to fashion week
xo
www.laurajaneatelier.com

Wonderful pictures, looks like you've had a fantastic time!!

The fashion line-up of black and white outfits is so gorgeous! Really loving the style!