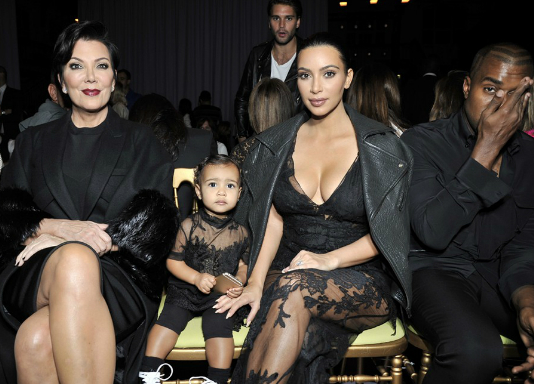 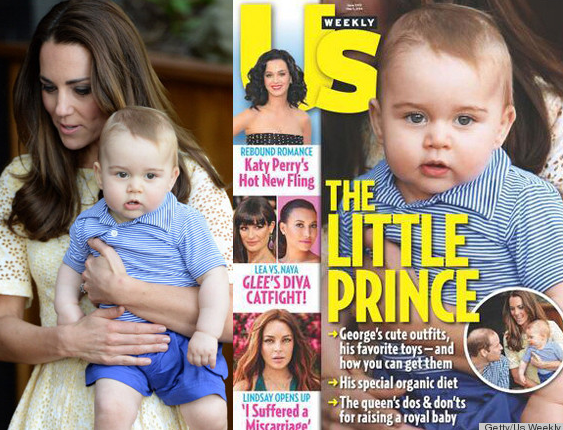 Societies’ fascination with celebrity could easily be described as all consuming; at times the preoccupation edges into unhealthy territory. While their chosen professions (actors, reality stars, etc.) enter them, and all their dirty laundry, into the public domain, the privacy levels allocated to their children is often a point of contemp. Some stars such as Kristen Bell and her husband Dax Shepard have gone so far as to speak out against and protest the paparazzi’s right to photograph their children. Others, such as the Kardashians, readily parade their offspring through the spotlight on a daily basis as if he/she were just another expensive accessory.

Whatever your feelings are on the subject, you can’t deny the fact that many of today’s stylish tots are consistently on par with the fashionable crowds their parents belong to. It’s an odd obsession, but judging by the weight that this under-five crowd holds in the tabloids, the public can’t get enough.

Indisputably the most well known tot of our time, Prince George, at the tender age of 17-months, has already been placed on British GQ’s Top 50 Best Dressed Men list. Being third in line for the British throne must be stressful, but for now the little prince seems content running around in his signature dungarees and whimsical jumpers.

His style “choices” (many of which have been well-documented by websites entirely dedicated to his wardrobe decisions) seem to follow the lead set by his mum, Princess Kate. Both tend to favor budget-friendly pieces from mass-market brands that they then reuse over and over again. While the act of wearing the same outfit more than once seems like a basic concept for most of us, it’s rare that someone of their status and wealth would do so on such a regular basis. 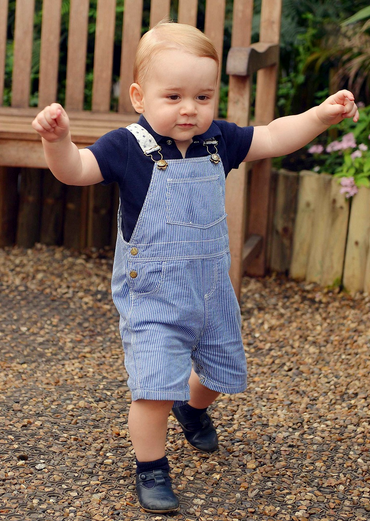 In fact, Princess Kate recently received criticism from the press for recycling a formal Jenny Packham dress to an alumni dinner in New York City. Apparently her continued use of the same look is perceived as ‘wasteful’ rather than thrifty. Is she doing the British fashion industry a disservice by refusing to take advantage of the spotlight that is so constantly shown on her to promote local talent?
The reason behind her decisions is clearly not for lack of resources, but instead a PR push on behalf of the royal family to be repositioned as ‘normal people.’ After the discovery in the early 2000s that the majority of UK citizens held a negative view of the aristocracy, the family has been attempting to rebrand their public image to occupy a more favorable light. 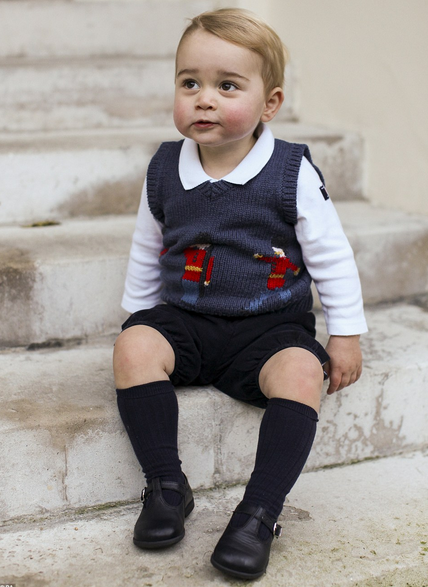 One example of this comes from the much-publicized Christmas photo of George, which was shot at their home, Kensington Palace. The adorable, smiling baby wears black shorts, knee-high socks, navy shoes, and a Cath Kidson royal guard jumper. Upon release of the image, his entire outfit was sold out immediately with merchants promising to restock as soon as possible to meet the overwhelming demand. If he can influence the national economy so positively at this point, imagine what he’ll be able to accomplish when he learns to speak.

His influence goes beyond selling out singular pieces, however. Rather than taking on the potential to become an innovator of childrenswear, he uses his influence to bring about nostalgia for more classic, preppy styles. He forgoes the usual slogan t-shirts and wildly printed leggings that can be seen in stores today and instead favors a refreshingly distinguished but age-appropriate approach to dress. 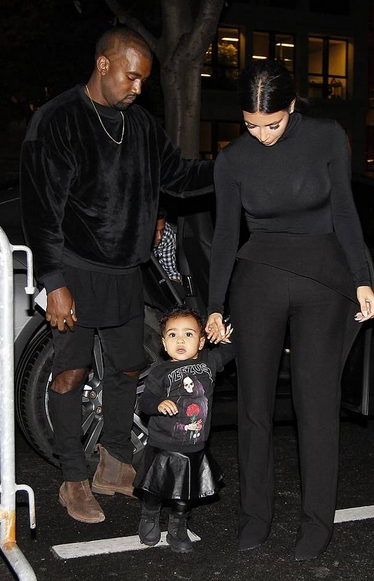 On the other end of the spectrum is the newest addition to the Kardashian-West clan, 18-month-old North West. With the self-proclaimed king of the world, Kanye West, and the internet-breaking, selfie queen, Kim Kardashian, as her parents, the entire world is eager to watch North’s every (baby) step.

Kim and North frequently appear in mommy-and-me coordinating looks; Kim sporting customized pieces, which are often straight off the runway, and North in specially made to scale duplicates. While their matching looks are certainly adorable, their correspondence is hardly a surprise considering Kanye predilection for styling to both fashionistas himself. (I wonder what it will be like when North starts dressing herself? Or is she will ever be allowed to… will she have to get approved by Kanye before leaving the house? Will this cause loads of drama? Maybe we’ll find out on Keeping Up with the Kardashians season 27.) 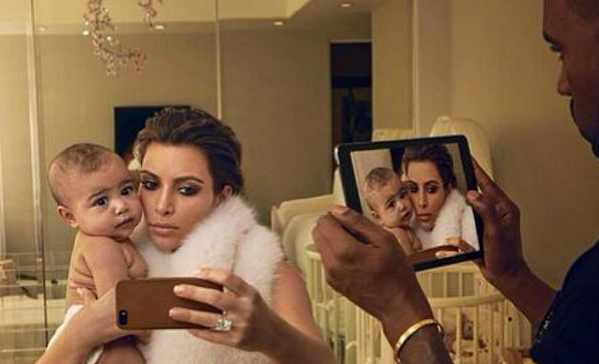 Unlike Prince George, the Kardashinan-Wests are not shy about toting their baby all over town as if she were little more than another one of their oversized Hermes bags. Some of the places you might have spotted North recently: front row at Givenchy in a mini black lace dress and doc martins, at the airport with her own tiny YSL purse, or making googly eyes for Annie Leibovitz in the pages of that Vogue.

All of this considered, it’s hard imagine North not developing into a rotten little monster. But Kanye frequently assures (anyone who will listen) the public that he has no intentions of letting his daughter grow up with a spoiled attitude. While mulling over the validity of this statement, take into consideration some of the recent purchases North has been pictured in recently: $50,000 Lorraine Schwartz diamond earrings, and a full runway look from Riccardo Tisci. Heck, I’m basically a full-formed adult (well, that’s a stretch) and I’m sure it would all go to my head too. 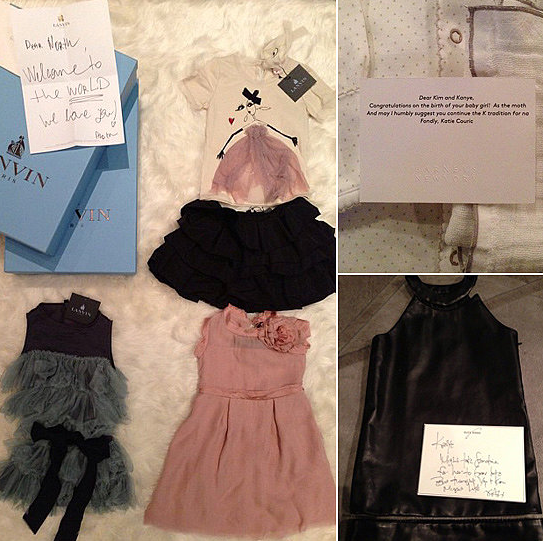 This brings to mind a bit of a sickening question: do PR companies try to woo their toddler clients to wear their pieces just as they would any other celeb? If you can remember back to when North was born, a number of people were instagraming the various fabulous gifts that the (literally just born) baby was receiving. While I’m sure some of those came from honest well wishers, there is a more cynical side of me that assumes everyone just wanted North to use their product so they would get the publicity that comes when she is inevitably papped in/with it. The whole ordeal is an interesting expedition into the morals surrounding rights of privacy and what should/should not be fair game for the media. 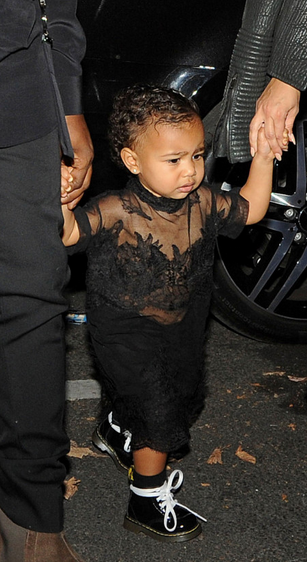 Regardless of personal opinions, it’s clear that the childswear industry is gaining momentum thanks to the recent influx in both the sheer amount of star-spawn and the public’s inflated enthusiasm for the trend. If the newest breed of socialites: Kendall Jenner, GiGi Hadid, or any of the numerous Baldwin children, are any indication, we will be seeing a lot more of these kids over the next few decades.

These kids are just adorable! :)

I wasn't aware that prince george even had a website to document his outfits! Weird

have a nice day

These are such adorable kids, they will look cute in anything their parents put them in :)

Wonderful post! I think it's going to be very hard for these kids to grow up & develop their own identities because they were in the public eye since they were babies. So hopefully they'll get a chance to be whoever they want to be without being "forced" to be a certain person (it all made more sense in my head haha)

Wonderful post! I think it's going to be very hard for these kids to grow up & develop their own identities because they were in the public eye since they were babies. So hopefully they'll get a chance to be whoever they want to be without being "forced" to be a certain person (it all made more sense in my head haha)

To be honest I didn't like the style of Kim's girl.. I love black, but i never put it on my baby boy/girl..
xx
cvetybaby.com

Very, very cute! Thanks for sharing! <3

Really great read, really stood out! I have no doubt children wear sales will rocket! xx

Great post and I love kids fashion. Thanks for sharing.

I also get the feeling that Kim and Kanye just use north as another accessory, I mean what is a little kid doing at a fashion show!? And why is she wearing what she's wearing? She should be in bright fun clothes, with Barbie sneakers and mix matching socks haha great post though, really enjoyed it!

Interesting read! All these kids are just so darn adorable!

I know that it is probably so silly but I absolutely love seeing pics of celeb babies and how much they grow and look like their parents!
I only saw a photo of the gorgeous prince George for the first time last weekend and couldn't believe how much he looked like william! But now seeing your pics I can see so much of Kate!
And as for North??? SO cute.. :) Kim needs to cover up a bit though... eeeek.