Are It-Girls The New Supermodels? 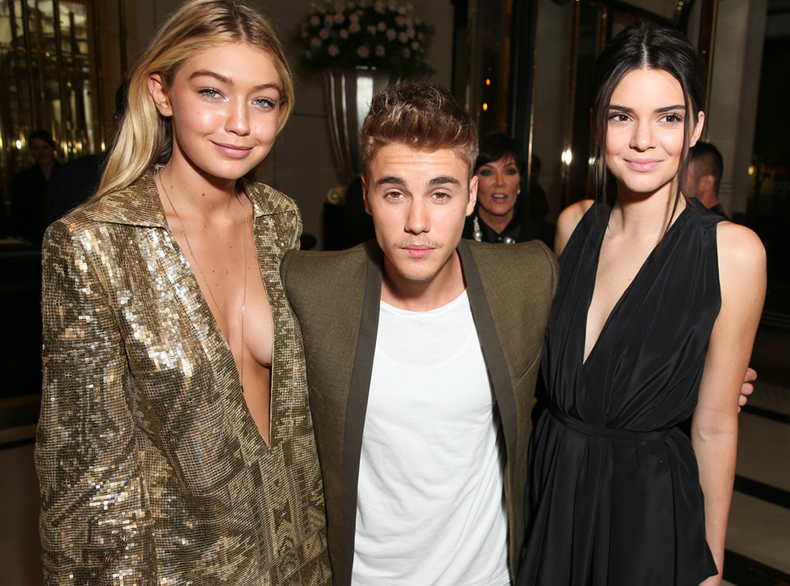 A former model making the transition into ‘it-girl’ status is nothing new. Rather, it almost seems to come with the territory these days. The latest phenomenon, however, is a complete role-reversal from that traditional evolution: the it-girl turned supermodel.

Celebrity spawn have been attempting to make themselves relevant by piggybacking onto the careers of their parents for decades. Some have done so successfully (Kate Hudson, Miley Cyrus, Angelina Jolie…) while other endeavors ended up being complete train wrecks (remember when Rumer Willis tried acting? Or when she tried to put out that album? Probably not). What is especially compelling about the latest trend is it’s potential impact on fashion industry norms.

The incentive behind this crossover stems directly from social media. The idea of luring in a girl like Kendall Jenner, who already boasts an impressive online following (18.4 million followers on Instagram), to pose for your brand is the end goal of getting her to share it with her followers. Thus allowing the brand to reach a new audience of potential customers. 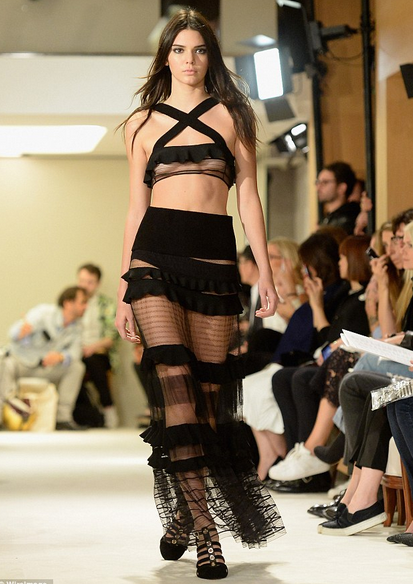 Besides Kendall, the most prevalent faces of this group of girls are Gigi + Bella Hadid, and Hailey + Ireland Baldwin. These girls are all undeniably attractive and slim, but there is no doubt that it was ultimately their family connections/preexisting social media followings that gave them a leg up in the modeling world - despite Jenner’s claims otherwise.

I thought it was just a flash in the pan trend at first, but these girls have been at it for over a year now and show no signs of slowing down. Kendall and GiGi solidified their standing recently when they each scored major cosmetic campaigns with Estee Lauder and Maybelline, respectively. 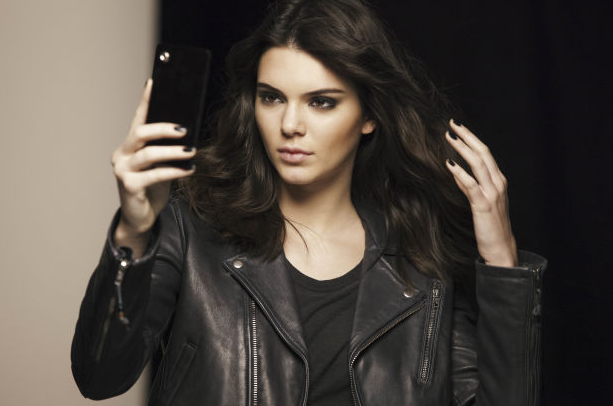 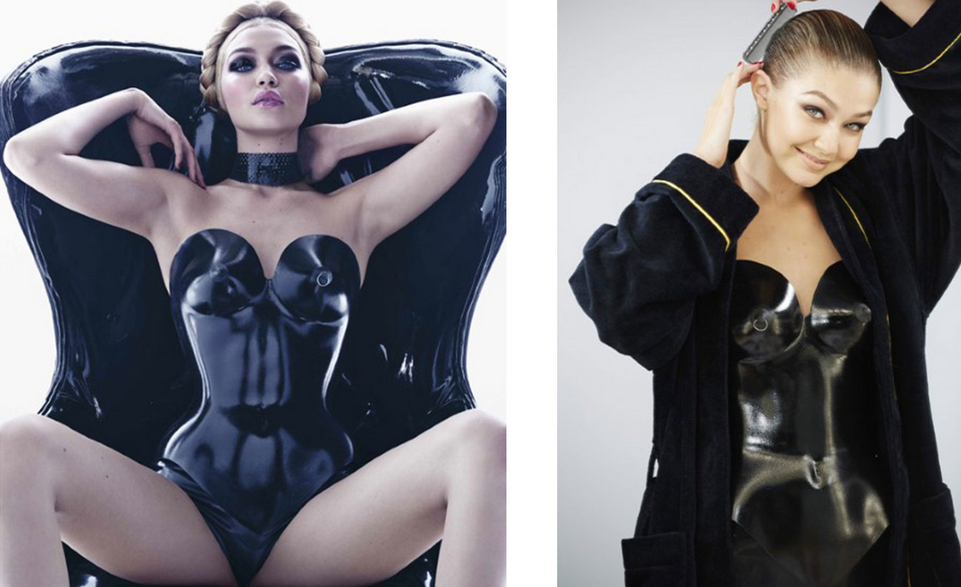 Known for being an extremely lucrative endeavor and a major career opportunity, the cosmetics contract is known as the holy grail of modeling. Kendall shares the honor with numerous other top models such as Joan Smalls, Doutzen Kroes, and Hilary Rhoda. Former Maybelline girls include Christy Turlington, Emily DiDonato, and Frieda Gustavsson. These associations equal major modeling credibility, and prove they’re playing in the big leagues.

It’s clear why commercial brands were so eager to start working with these girls initially. But it was a mystery to me, at first, why they were also scoring editorial work with respected industry publications. After a while it became clear that this was because of the industry-vets who took the girls under their wings.

One leader who’s played an instrumental part in their assimilation to the fashion world, especially in the case of Kendall and Hailey, is Katie Grand. Grand, the genius but infamously hard to please stylist/creator of LOVE magazine, was the first to cast Kendall for the runway when she included her in the lineup of Marc Jacobs’ AW14 show (in a scandal-educing transparent top no less). The two have continued to work together seemingly every chance they get- including her appearance on the next cover of LOVE, opposite Cara Delevingne, another one of Grand’s favorites. While Baldwin isn’t exactly cover material yet, there’s also a sizable profile on her featured in the current issue. 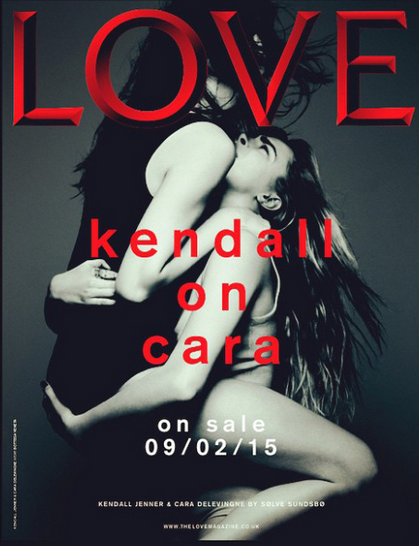 Another major supporter is Kaiser Karl Lagerfeld, who has cast both GiGi and Kendall in previous Chanel shows. Kendall took on the esteemed role of closing the Métiers d'art show in Salzburg hand-in-hand with Cara (in custom Chanel wedding gowns, no less).

GiGi’s own industry godmother is none other than Carine Roitfeld. Roitfeld was one of the first to use her in a high fashion editorial when she put her on the cover of her magazine, CR Fashion Book Issue 2, back in early 2014. Most recently she included GiGi as one of the twelve models featured in the annual Pirelli Calendar (as Miss November), which was shot by Steven Meisel and styled by Roitfeld.

While these girls are successfully making waves for themselves in the industry, the role-reversal has potentially negative consequences. This backlash is spurred by accusations against them for stealing jobs from other hard-working but non-famous models. Modeling is becoming an increasingly difficult industry to break into as brands have begun requesting their instagram stats from agencies along with a girl’s head shots and measurements. This development makes social media an official part of the job description. 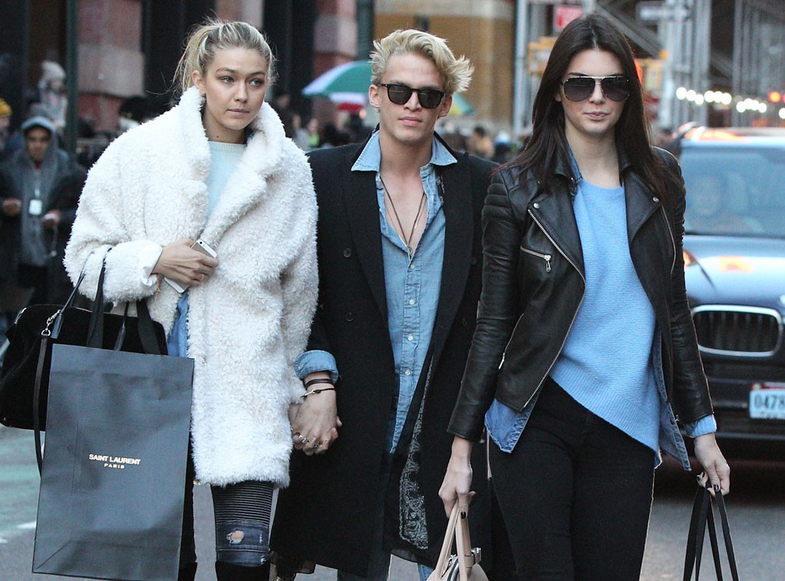 Gigi and Kendall out and about in SoHo, NYC with GiGi's boyfriend, Cody Simpson.

Then there is the consideration of who exactly these jobs are being stolen from. While Kendall and GiGi are thin, they represent a more athletic, curvier (relatively speaking, of course) body type than the typical newbie. The shift towards more commercial faces- as opposed to the usual bone-thin, Slovenian 15-year old aesthetic- is a potentially healthy development in the modeling world, but at what price to the fashion industry as a whole? Right now all we can do is sit back and watch to see how it plays out… 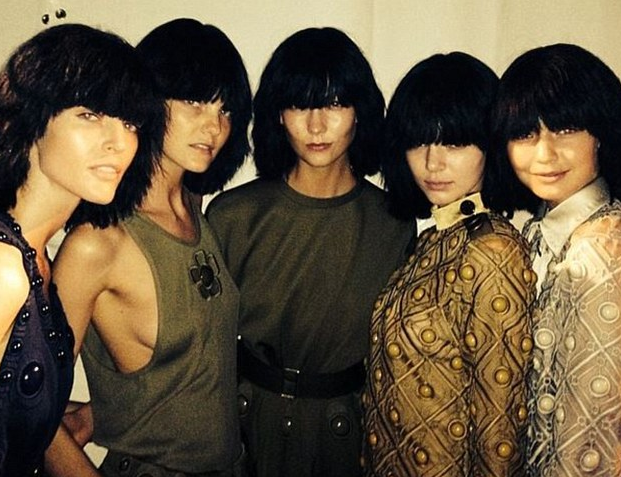 it looks like it does
whatever kendall and gigi are gorgeous!

Great blog/story... I think they or their agents were pretty smart in promoting them.
When I see Kendall's pics online I always wonder if Kylie - her sister - is striving to do the same or do something different and whether or not she is jealous of her since it looks like Kendall made it bigger than her sister.

This is a very interesting article which really reflects the weight given to social media nowadays! Personally, I think many bloggers work hard to become popular on social media so they do deserve the opportunities to cross over to other industries such as modelling for big companies!

This is a great post. I always find "It girls" so interesting.
Melanie @ meandmr.com

I love Gigi, she is gorgeous!
Thanks for the comment, I would love to follow each other! Followed you on bloglovin, waiting for you now!
http://stormia-fashion.blogspot.com/
kisses, Mai ♥

What Would V Wear said...

I just love visiting your blog! You’re so inspiring! Loved this post! Thanks for sharing!!
Happy Wednesday!
xoxo, Vanessa
www.whatwouldvwear.net

Great post! I think people prefer to see 'it girls' rather than supermodels, as they feel like they 'know' them better through social media and can relate to them more!
Emily xx
Emily May Designs

It's hard for me to respect Kendall as a model, she is very pretty but not really the model type in my opinion. I like Gigi, she's great in Guess editorial. The 'IT Girls' walking the runways is definitely a huge shift in the fashion industry and yes, I guess we'll just have to sit back and watch where this is going.

Love your blog! Nice discussion. I find it terrible, that it girls like Kendall Jenner get super models because of their name!

I've recently come across your blog, and I can't get enough! Love all your posts!! <3
Love from Dubai,
Aena

Love this - informative, interesting, and clearly well-thought out. And I loved your closing, the question about whether this trend towards using It Girls as supermodels will take away jobs from the more typical models we are used to seeing. Really enjoyed this, girl! Great job.

Personally I don't like the hype behind Kendall and "how much she has achieved at such a young age". It's her family that's influenced her career so basic teenagers can't really compare themselves with that. I think that supermodels are still it-girls, but in a more social sense than in the 90s (Instagram followings etc).
Also, thanks for the lovely comment on my blog!
-P.
My blog: BOWTIE DIARY

It's like you scratch my back, I'll scratch yours in this industry! And social media and media as such has nowadays so much influence!

The downside of having IT girls is that "ordinary" women feel inferior or that we have a discombobulated thinking about what is accepted in the society.

They're great fashion icons but they should not be role models really.

When you have a major TV company following your every move the publicity has to pay off and this is one way. Kendal is very beautiful so I guess she has been fortunate Lucy x

I do think these it girls are the new supermodels! How things have changed! Companies are smart to have these women represent them as everyone feels like they can relate or want to be like them. Yes all we can do is see where this all goes next.

Haha I forgot about Rumer's song till you mentioned it!

Darling, I like your blog very much! I like your style of writing and your photos! Everything is so beautiful!
I’ll be happy to see you in my blog!)

I love your pics!