STYLISTS BEHIND THE STARS 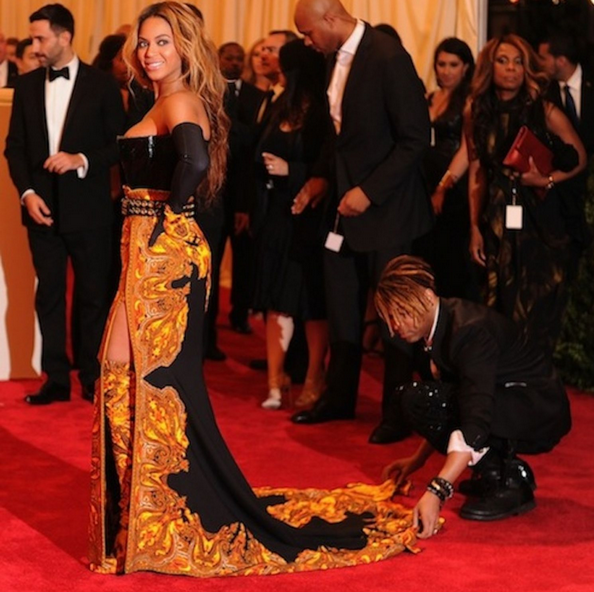 We’re in the midst of awards season, i.e. the busiest time of year for celebrity stylists. Right now they’re probably frantically scrolling though style.com or attending countless fittings required to (hopefully) land their clients on the ‘best dressed’ list. While their role is well known to industry members, it’s a common misconception by the uninitiated public that these stars are just dressing themselves.

The recent media focus on the inner workings of the fashion industry has helped bring some of this to light. However, most of their hard work remains strictly #BTS (behind the scenes). It’s a fascinating study for anyone who is really interested in fashion to trace the relationship between client and stylist from their first days on the scene to when (and if) they hit mega-stardom. Sometimes they create a consistent lineup of amazing looks that are stylish but reliable, and other times they are able to recreate a star’s look and a natural transformation to accompany their advancing career.

The great thing about their job (and those of us watching and documenting) is that there’s no set path of how it should, or has to, be done. When a pairing is not right it can create chaos, but when they are able to reach that balance between personality (the star’s) and high fashion (from the stylist), true moments ensue. 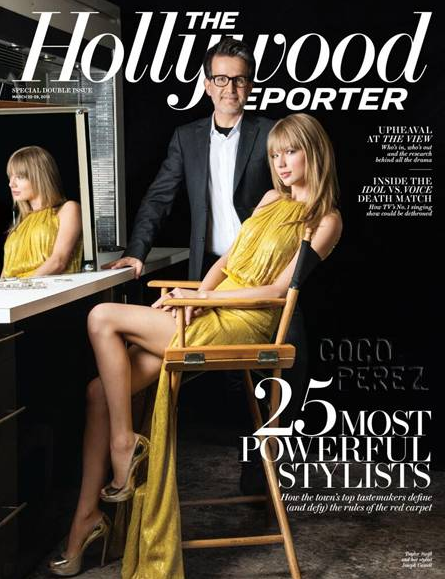 Taylor Swift has been in the spotlight for years, but recently Swift has been going through a lot of changes. She moved to New York City, she’s embracing her inner ‘single girl’, and she successfully made the crossover from country singer to pop diva. Working with her stylist of five years, Joseph Cassell, she has triumphantly mirrored those life changes through her wardrobe choices. Her former back-road country girl look frequently landed her on ‘worst dressed’ lists, but her new, mature style echoes the maturity of a strong, urban woman.

Swift and Cassell met while they were both living in Nashville. Cassell, who has a degree in musical theater, had just started on a new career path at a wardrobe service company. He “was asked to do a basic steam and press job for a young rising country singer,” but it turned out that the stylist he was meant to be assisting had dropped the ball on the gig. Thankfully, Cassell came to rescue with some extra pieces he’d brought to set and was able to save the day- and win Swift’s approval. “He’s always two steps ahead of me with whatever I need,” Swift says. “Whether it’s a lint roller, sunglasses, or shoes… And he has a backup option and extra panels of material just to be safe!” 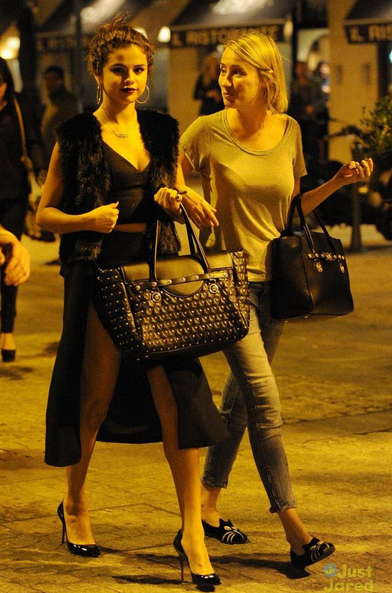 One of Swift’s closest friends, Selena Gomez, is also known for her standout red carpet appearances. Gomez has been working with the same stylist, Basia Richard, since her days on The Disney Channel, an impressive fact when you consider her earlier days of jorts and graphic Tees.

Richard, who, like Cassell, also graduated with a degree in music, highlights the importance of dressing for the occasion. When a star has many talents (singing and acting, in Gomez’s case) it’s helpful to create a distinction between your various roles. Richard says that they choose softer and more glamorous pieces for events related to her acting roles, and sexier, more grown-up options when she’s performing. 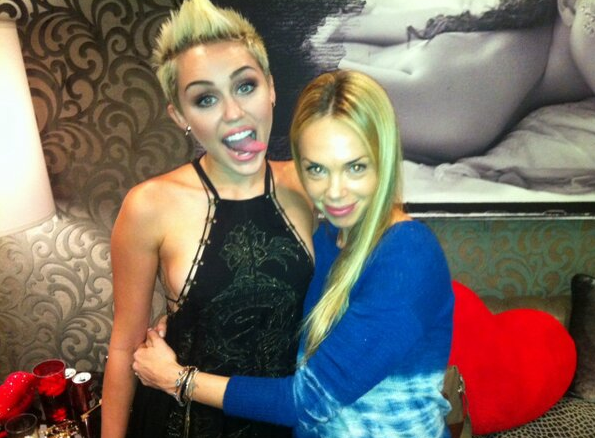 Though I’m not necessarily the biggest fan of her wardrobe (or lifestyle) choices, Miley Cyrus and her stylist Simone Harouche have successfully used fashion as a tool to reinvent her public image. The two have been working together for five years, creating an invaluable level of trust. Trust is tantamount on both parts when Miley goes on stage in pasties or rides a giant wrecking ball in her tidy whities.

Harouche, the born and bred Angelino, studied at Parsons before returning to LA to help revamp Christina Agularia’s look. She then signed on as Nicole Richie’s stylist, a position she still holds in addition to working as a consultant for Richie’s clothing line, Winter Kate, and running her own line of vintage-inspired handbags. 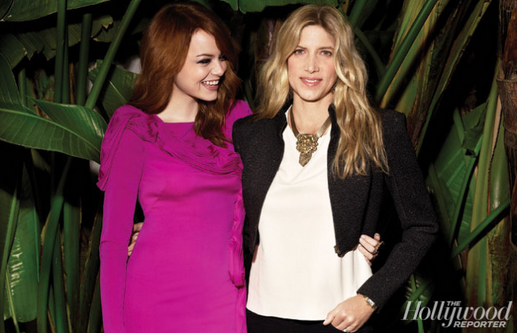 Although I would love Emma Stone no matter what she was wearing (full-fledeged #Stoner over here), it would be difficult to pinpoint an outfit over the last few years where she looked less than stellar. Her stylist, Petra Flannery, has been ranked #2 on the prestigious Hollywood Reporter’s annual list of Most Powerful Stylists for the past three years in a row. Born in San Francisco and based in LA, Flannery started her career in fashion repping models at Elite agency before becoming famed stylist/costume designer, Andrea Liberman’s assistant.

Dressing Ms. Stone for awards seasons (which she always seems to be a part of) and various press junkets is no small feat. As if that wasn’t enough, she also works with Amy Adams and Claire Danes on their red carpet styles as well as outfitting Maria Sharapova for the 2014 Sochi Winter Olympics. 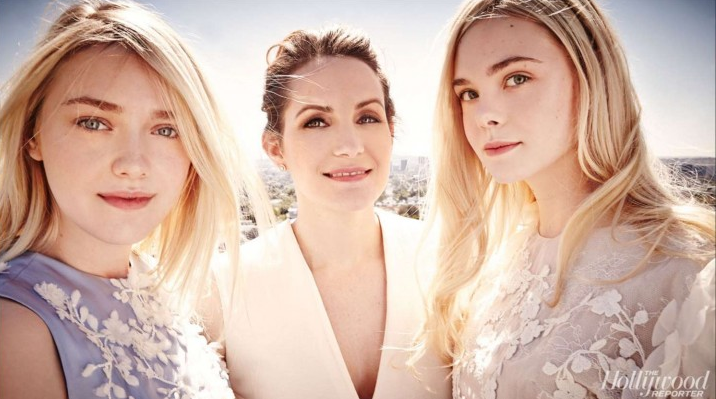 While it makes sense that Dakota and Elle Fanning would share the same stylist, Samantha McMillen, it’s especially intriguing that they would have such contrasting styles.

20-year-old Dakota, Elle’s older sister, has been around for over a decade. A child prodigy, he red carpet appearances at the very beginning consisted almost entirely of smock-fronted dresses and Mary Janes. As she developed her career and her body, she was accepted into the inner circles of the fashion industry. She is frequently photographed attending events and sitting from row at NYFW in between classes at NYU. Her off-duty look is very urban-chic, consisting of many layers in varying shades of black. At official apperances however, she trends to favor old-Hollywood silhouettes designed by her friends/collaborators The Proenza Schouler boys and the Rodarte sisters.

16-year-old Elle, on the other hand, prefers to dress her age in sportier and frothier looks from the likes of Marc Jacobs and Miu Miu. While Dakota isn’t a fan of the preparation process, “"I love Samantha and I love working with Samantha, but one of the things I most hate in life is trying on clothes, ironically", Elle loves the entire operation. “I'm very into trying on clothes, and I love putting all of the little details together," she says.

McMillen, who was ranked #14 of the Hollywood Reporter list in 2014, began her career in public relations with designer Richard Tyler. She then became Vice President of celebrity relations for Armani’s West Coast division where she worked closely with celebrities and their stylists. In 2001 she started her own wardrobe company, Butterfly Productions, and frequently works with Johnny Depp and Evan Rachel Wood. 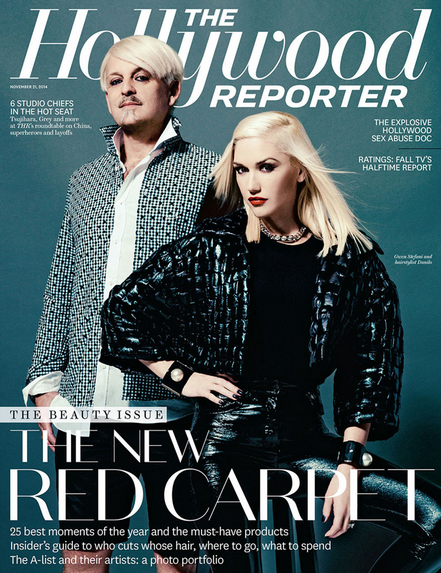 It’s a hard profession to get into. Not only does it require good taste and inter personal skills (so much of getting dresses is about schmoozing PRs to lend them out to you), but you also need to be extremely organized and always prepared for an emergency situations to arise like a seam ripping or a strap breaking right before call time.

Some celebrities genuinely love fashion and choose to do it on their own. (Blake Lively, for example, claims to never have hired a stylist.) But the majority of celebrities aren’t fashion experts and they tend to get it wrong on occasion as we all do. Hiring a stylist is a way of helping them feel more confident.

It’s not in the job description for an actor to be well educated about fashion and thus many young actors are unsure and insecure about how they present themselves. They are their own brand and they need to sell themselves; it’s not an easy task if you’re constantly worried about looking silly or démodé.

Many actresses would be extremely happy to allow someone else to take over the wardrobe decisions on their behalf. Stylists can help articulate what a celeb wants to project through their wardrobe. Using fashion to facilitate their intended impressions can do wonders for improving their PR or even help them land a role.

interesting read, a dream job to be a stylist like that :)
Alina
http://www.alinaamaia.com/fashion/on-wednesdays-we-wear-pink

These people are really talented, especially Taylor Swift's stylist. I loved every single one of her looks recently.

These people are talented
XO

I think the one behind Emma Stone is doing a great job, and I am sure all will agree with her choices!
DenisesPlanet.com

Wow this is a big article Caroline, I enjoyed reading it. You should be writing for Glamour magazine or similar :-)
http://latravelera.blogspot.com

you are such a good writer :)

Salute to the stylists who make stars gorgeous and trendsetters. What a nice post!