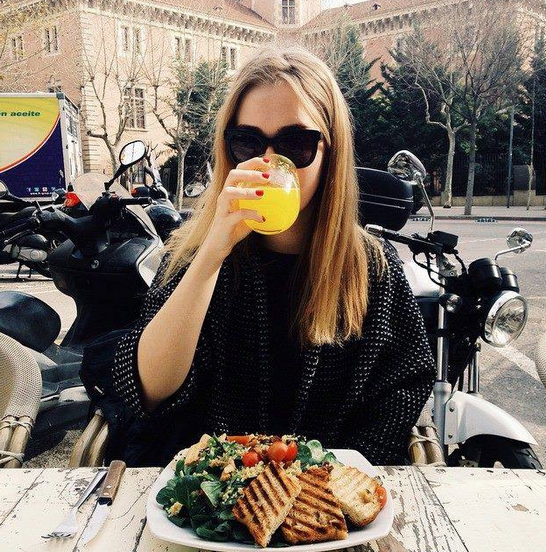 I feel a little bit guilty complaining about the weather when all of my friends back in New York are experiencing the worst winter on record… but after having been in London for nearly three months I’ve become a pansy.  So when I heard that they have something called ‘reading week’ here  (meaning that I had a surprise week off from classes) I jumped at the opportunity to head down to Barcelona and remind myself of what sun felt like.

Though I’ve spent a decent amount of time in Spain previously, I’d never made it all the way to Barcelona. I’d heard stories from friends who had visited the city telling me that it was amazing and I absolutely had to visit, but it had never jumped out at me for some reason. When I got there I was happy to find that what they had said was true.

Due in part to its proximity to the ocean, Barcelona feels more like a beachside town than a major Spanish city. And there whole siesta-culture is definitely something I could get on board with… along with their need for a glass or two of sangria to accompany every meal, no matter the time of day.

Even though it’s one of the warmed places in Europe at the moment, its still not quite optimal tourist season which worked well in our favor. It felt like we had the entire city to ourselves! Barcelona was ours to explore. 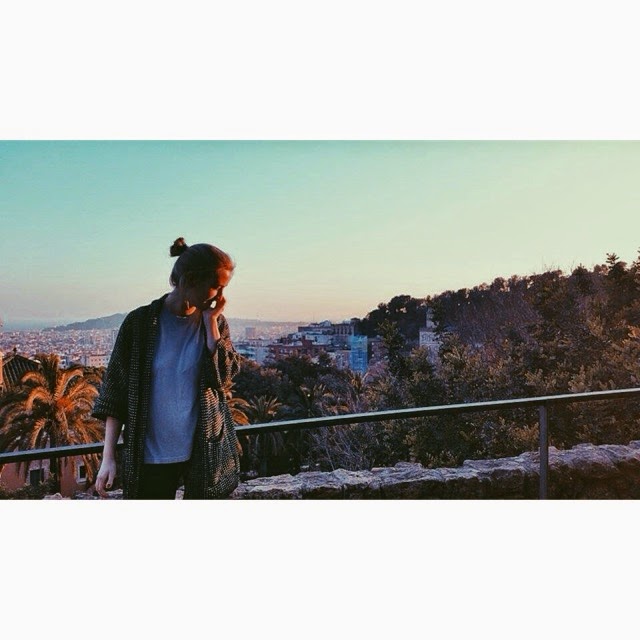 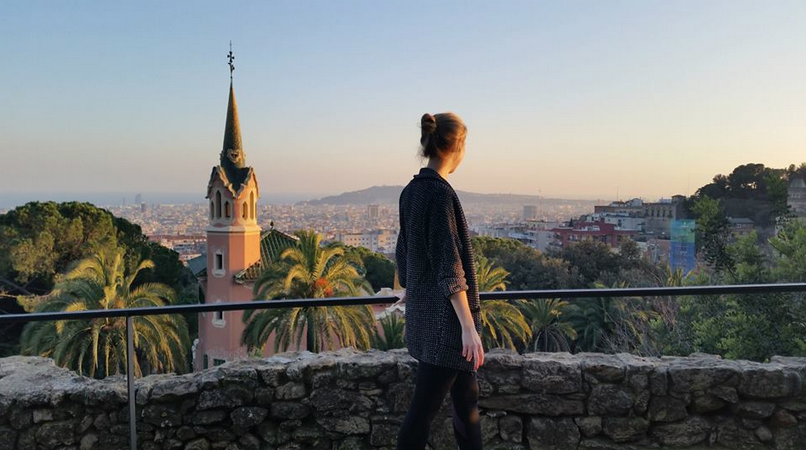 One of the highlights of the trip was watching the sun set into the ocean over the vast Barcelona skyline from Gaudi's Park Guell. 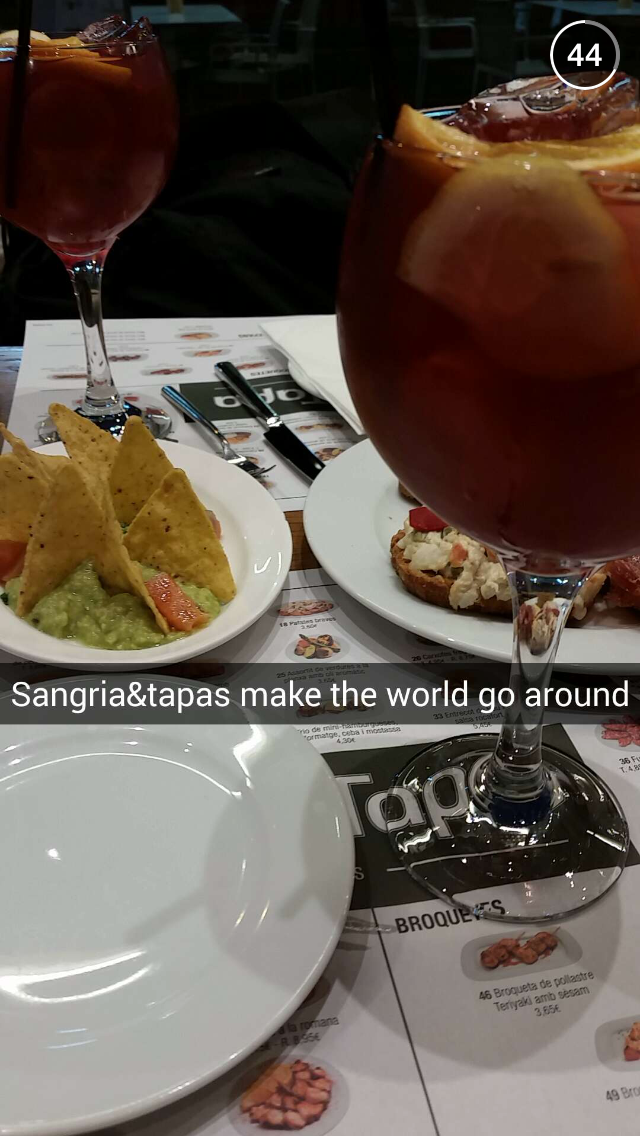 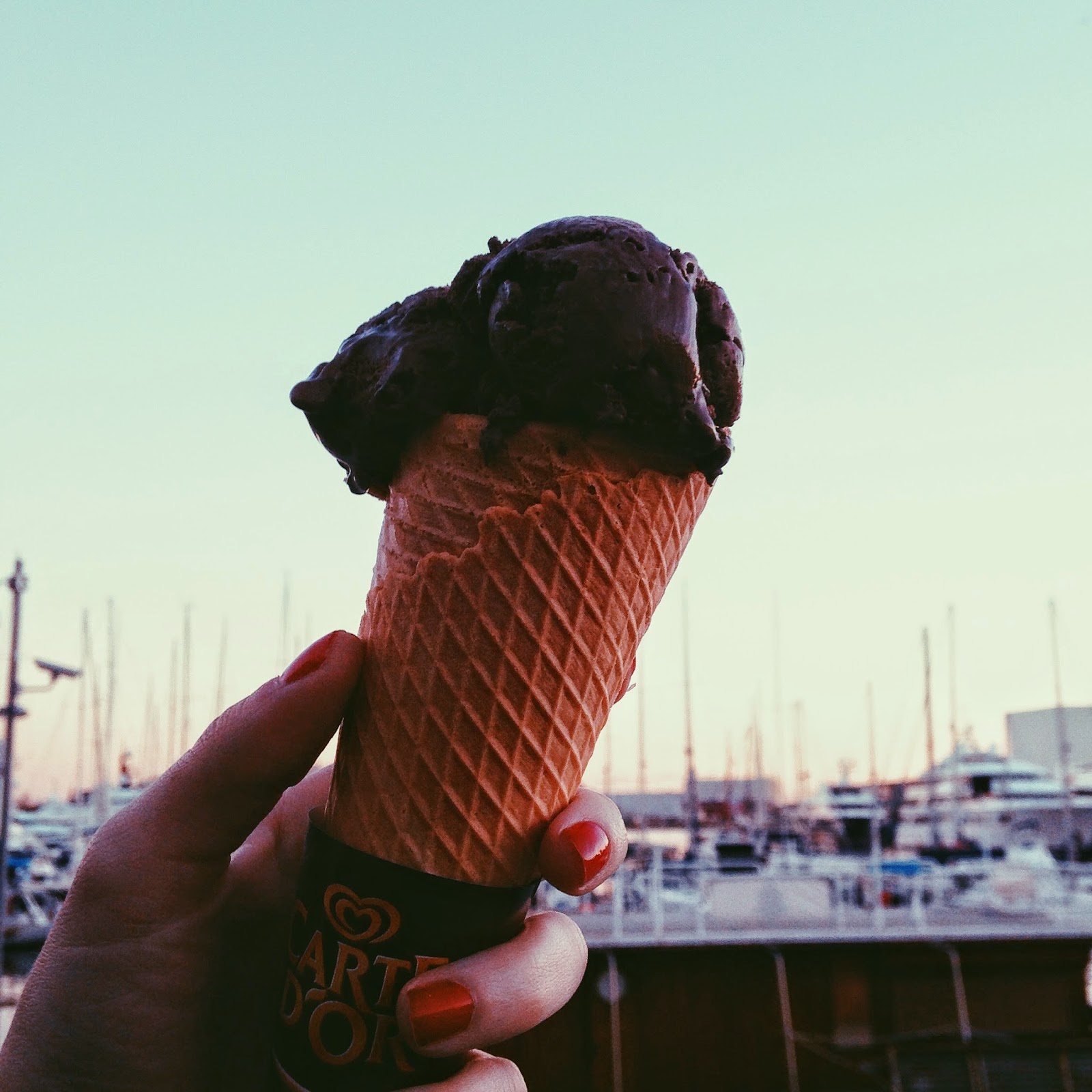 (Because it's never too cold for ice cream, amiright?) 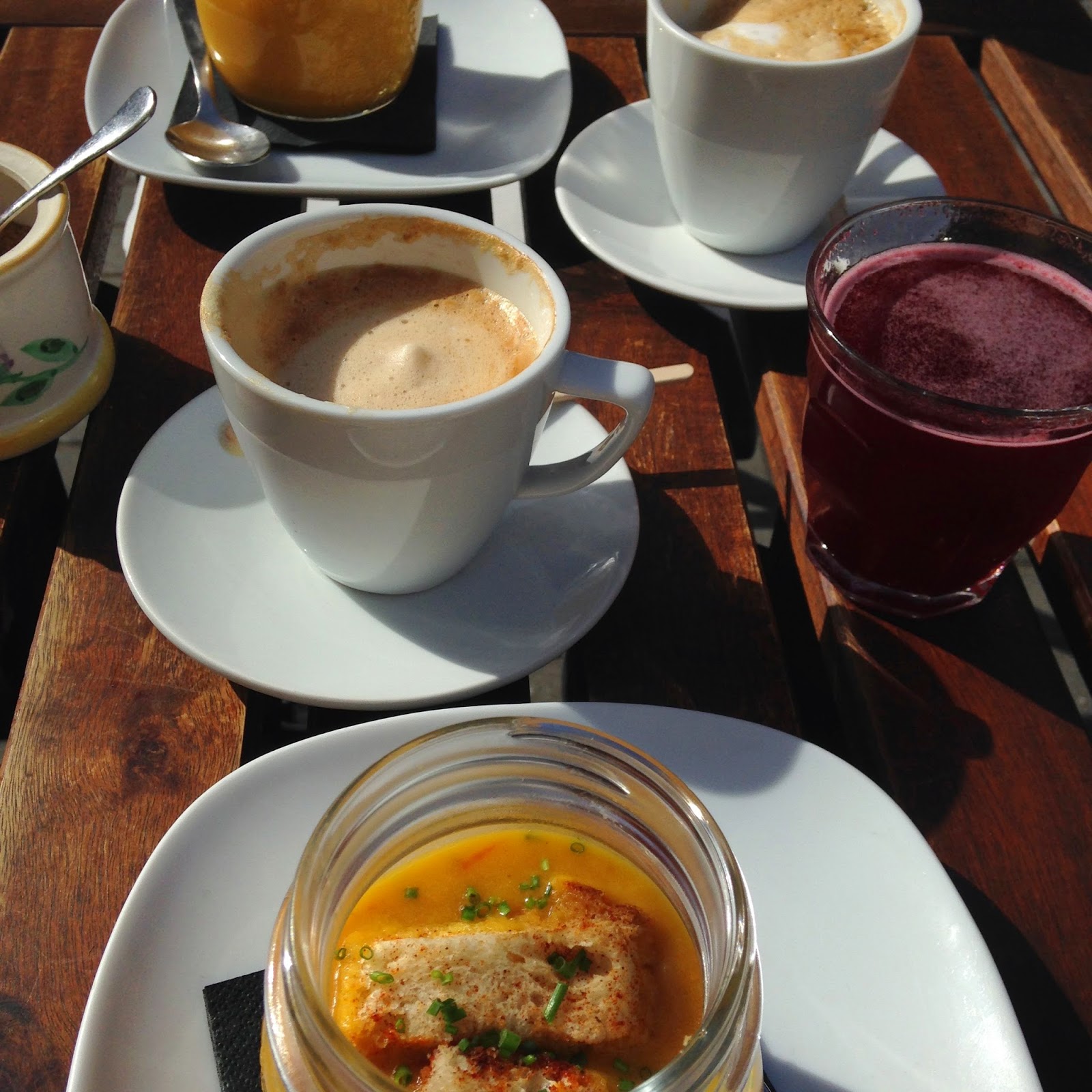 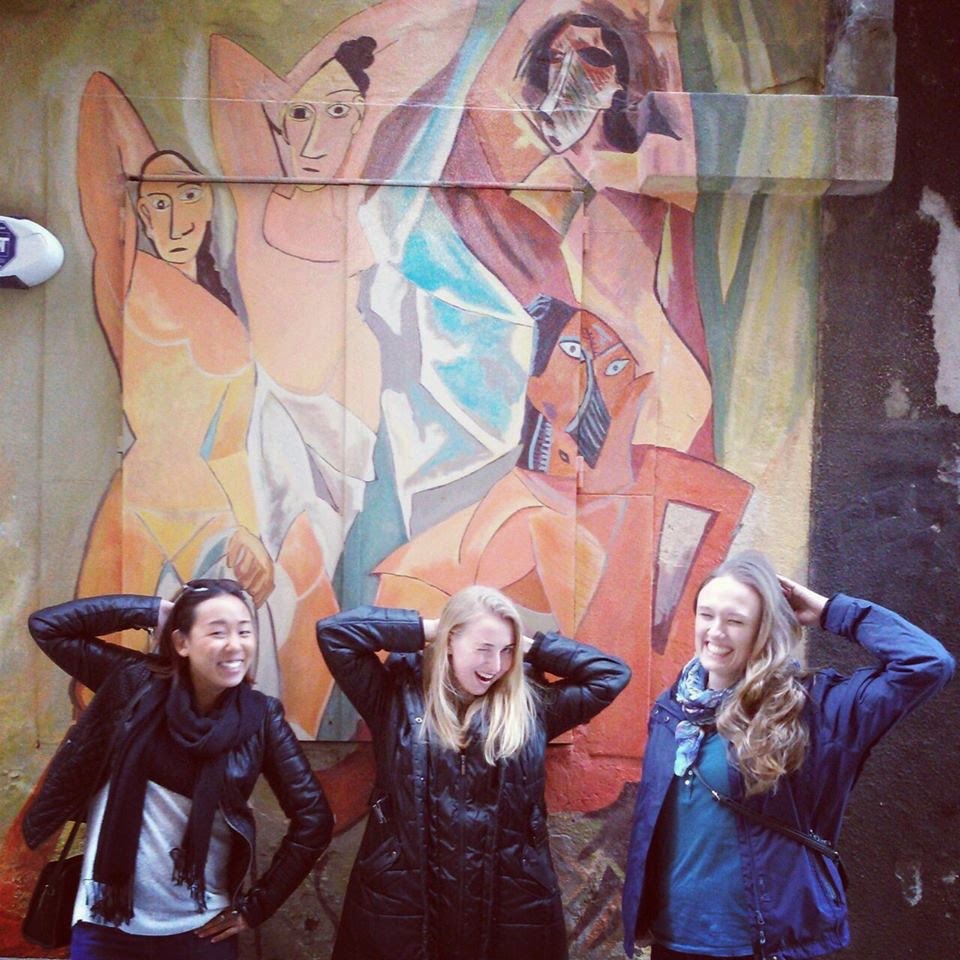 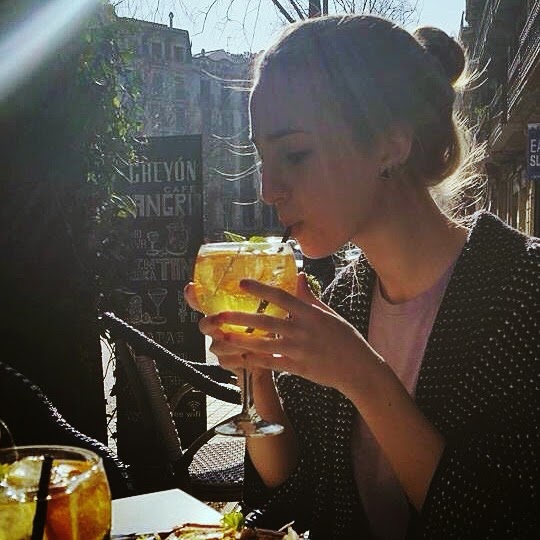 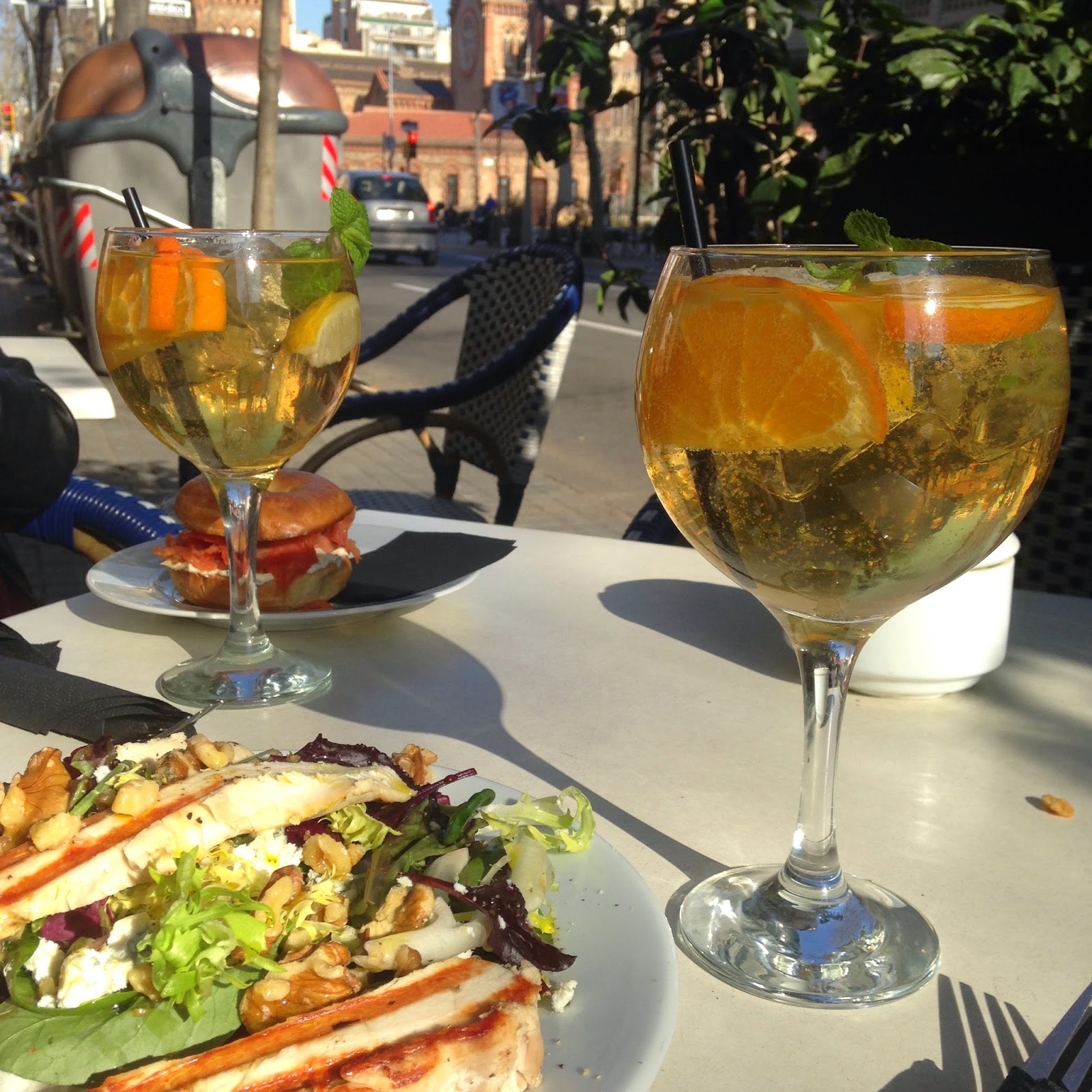 Sangria should only come in glasses the size of your head! 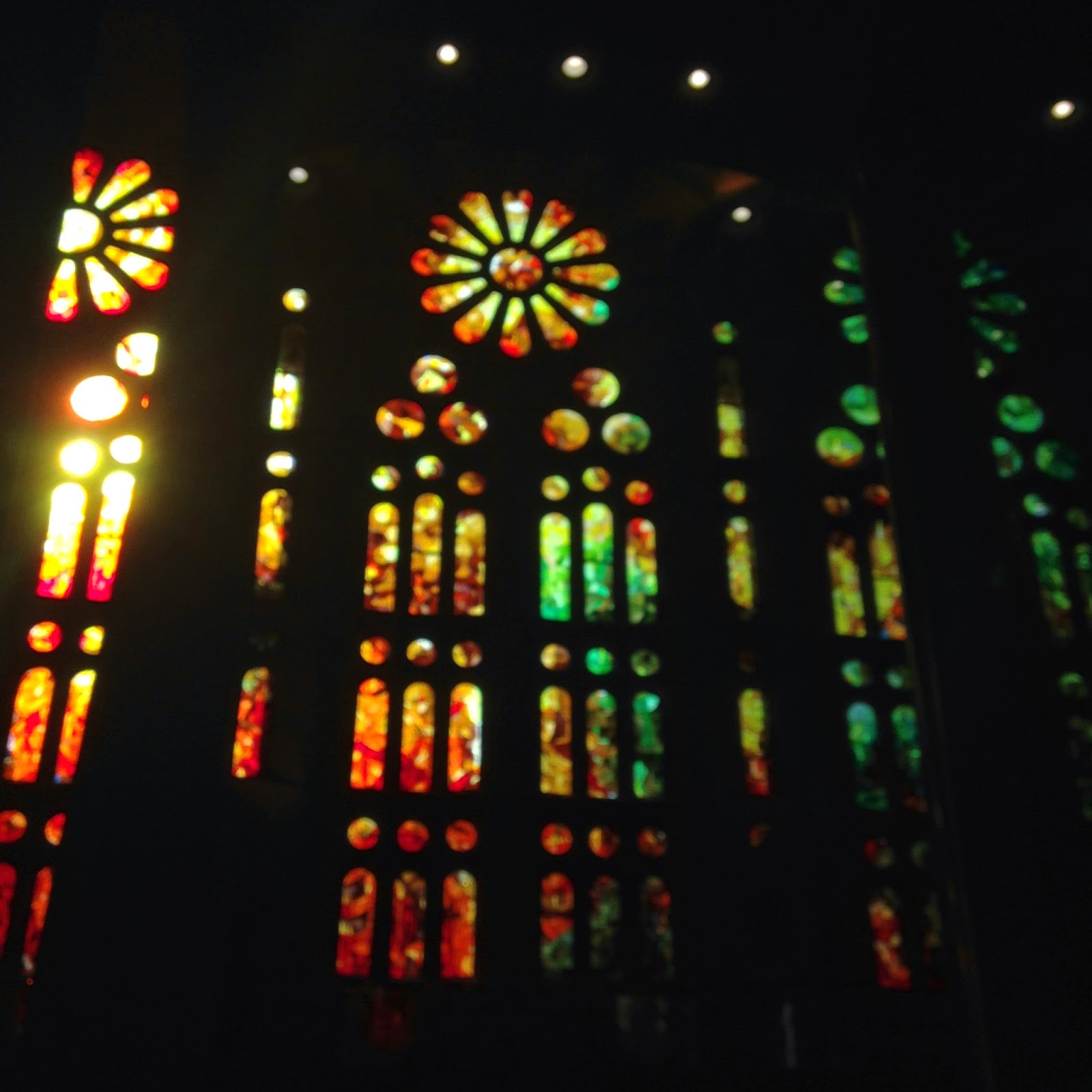 Dear good people of Barcelone,
I am sorry that I kept insisting on calling Gaudi's La Sagrada Familia. The Sangria Famiglia. Really, I am... 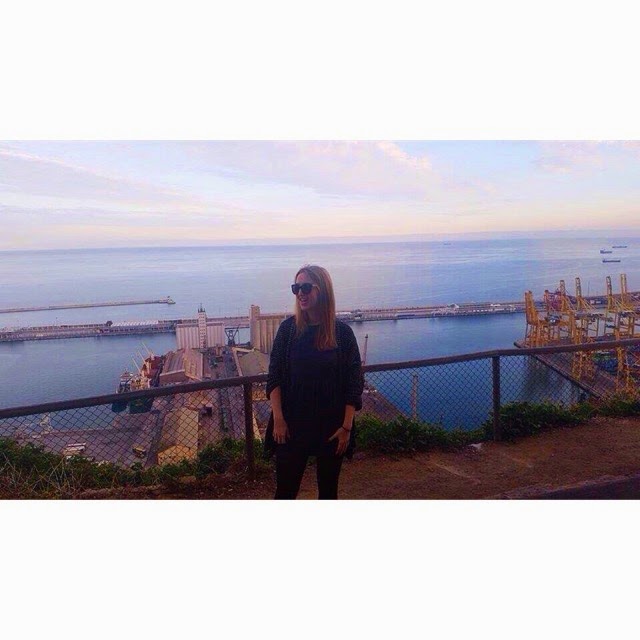 From café hopping around town to getting stuck at the top of Park Montjuic, we certainly got into some shenanigans. But what good trip doesn’t have lasting memories to match it?

That food looks soooo yummy! And that ice-cream---delicious!! !LOVVVE Fabulous pics babe! Looks like you had the best time!
kisses
xoThe Beckerman Girls

Thanks for the comment..you have an amazing blog!

I just followed ya on Bloglovin..do follow back
xoxo

Sounds good and looks like you had a great time! I want ice cream too now haha

Ah you're very lucky! I'm glad you had a great time. Your pictures are great by the way!
xo, Lauren-lee
www.laurenleegrace.blogspot.com

i've been to barcelona for a school trip and I've loved it!
so good to see some lovely pictures of yours. also perfect old style light(:

Ahh, this post is making me so so so excited for my upcoming Barcelona trip! how many days were you there?

I love your posts especially this one makes me so excited to go on my travels in June! xx

amazing post!
i love barcelona so much and i cant wait to go there again
barcelona always in our hearts ♥

It looks so beautiful! You're making me crave a holiday...Especially with the rubbish UK weather. Thanks for checking out my blog, Honey xx
Casey/Atopsyturvyblog

seems like you had a really lovely time! i'd like to go to barcelona one day:-) and all the food looks delicious, i'm hungry now, haha! x

The food looks so tasty
you look beautiful too

What a nice getaway, I'm jealous! I'm not sure where Barcelona is on my list of places I'd like to visit but your post and pictures are lovely, definitely had me dreaming :)

I would love to escape to Barcelona as well ! Looks like a fabulous time !

beautiful photos! the food looks yummy and love that photo of you with the colorful drink :)
www.samanthamariko.com

I have never been there but it's one of my favorite future destinations. Love the mood, architecture, and almost everthing about this city. Your pictures are gorgeous!

What a nice pics!

I really like your photos from Barcelona, it's beautiful city (especially I love these photos from Gaudi's Park Guell, these views are breathtaking) :)

Amazing!
Have a nice weekend!

Amazing pictures, I would so like to escape to this magical place.
xox
Lenya
FashionDreams&Lifestyle

Rad! It looks you had an awesome time! :D I should visit, for sure!

Thanks for stopping by and leaving such a sweet comment for me, too, by the way. I appreciated it!

Hi beautiful,
I was just browsing through & stumbled upon your lovely blog - It looks gorgeous and it has interesting posts that I can relate to, I’ll come back for sure.
Would you like to follow each other on GFC and other social media?
Let me know and let’s keep in touch love <3
http://xoxocitygirl.blogspot.pt/

I know I commented already, but I just wanted to let you know I tagged you in The Versatile Blogger award on my page!
xo, Lauren-lee
www.laurenleegrace.blogspot.com

Lovely photos, I loved every second when I was there ;) xoxo

Everything about this is beautiful! What an amazing trip! Thank you for sharing :)

Now this is the life!

Barcelona is on my bucket list and your post made me even more excited about this beautiful city.
Great pics.

I ADORE ALL YOUR PICS! Those are the type of pics that tels you about the atmosphere more than words. LOVE IT!

I have been to Barcelona some months ago and these pictures make me want to back! Your pictures from the sunset in park Gaudi are perfect!

I love your photos!! the food looks so tasty!!

Le sigh...you are killing me with these foodie pics! I love the hot cocoa from The Breakfast Club!

this post is so tasty! and beautiful! (girls and place!) definitely a place i'll visit in the future!!! xx

I see you had fun
fashionitazbybuiti.blogspot.com

AMAZING travel photos:) I wish you a cosy and fun weekend.


LOVE Maria at inredningsvis - inredning it's, Swedish for decor :)

such a lovely photos, and now I would love to be there :)

Interesting article, I can totally relate - live in Düsseldorf, and would love to be out in the sun again!
XOXO Alina
www.alinaamaia.com

In this situation you might wonder how it might efficiently be used. But as soon as you do and take out it you'll automatically come to understand. The women who'd function you're always there accessible awaiting you.
Nainital escorts
Bareilly escorts
Haldwani escorts
RudraPur escorts
Ramnagar Call Girls
Bhimtal escorts
Dehradun escorts
Haridwar escorts
Rishikesh escorts
Mussorie escorts

If you truly need to go caressed then what could be more appealing than the aid of those escorts in Jaipur. Just employ an escort out of Jaipur Escort Service and prepare to get a challenging drive in the business of the magic beauties. All these gorgeous ladies won't just guarantee you sleepless evenings but may also provide you a few of the won't unforgettable moments on your lifetime.
Jaipur escorts
Escorts in Jaipur
Jaipur escorts service
Udaipur escorts
Jodhpur escorts
Ajmer escorts
jaisalmer escorts
Pushkar escorts
Kishangarh escorts
Goa Escorts

Bangalore escorts gives you, and there is many other reason the man gives us favors by booking with us. There are many of other reason that are remarkable, but the favorites dating with the young female can be the best. There is much man who has dismay stories about traditional date services. In fact, ordinary dating overhaul is one that unexpected drama, emotional blackmail, and other difficulty.

Bangalore beauties escort agency always committed to deliver high end escort services and thus by bringing only verified and fresh girls we gain the attention of every lover of female escorts. The selection of girls at our agency is very different and as a result we have modern techniques to screen or cast our models. Our classification of girls which we decide is very innovative as we cover widest range of girls from young ages to matured escort.
fresh-escorts
Air Hostess escorts
models-escorts
verified-escorts
Independent escort in Banglore
Banglore Escorts
Banglore Escort
Escorts in Banglore
Call girl in Banglore
Call girls in Banglore
HighProfile Escorts in Banglore

There are many call girls service provider in Chennai, but they don’t provide such kid of booking facilities as we provide to our customer with full security for their privacy. As many people come here for their mental and physical pleasure but due to lack of information and security they can’t full fill their needs and demands, so what we do for them we have this booking facilities available for theme where they can book best related call girls by just a simple call button without sharing their personal information with hotel facilities in best price.