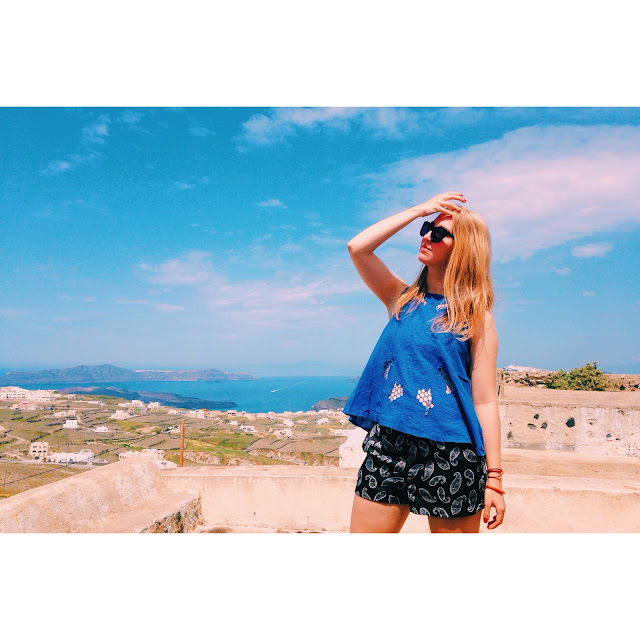 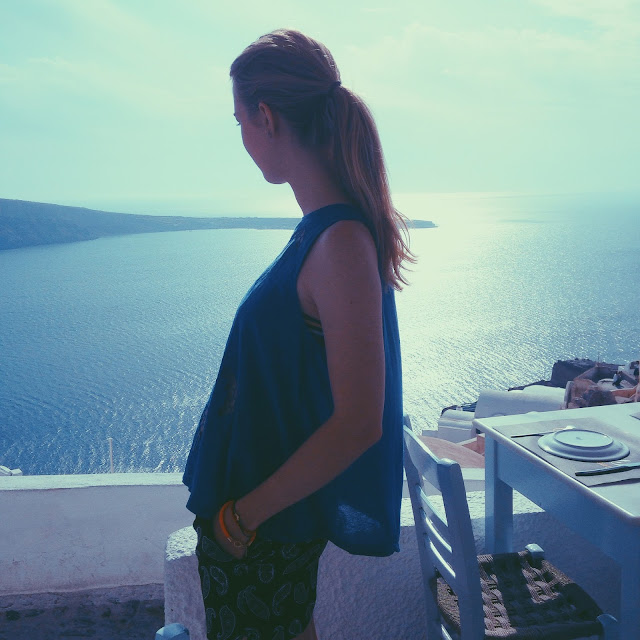 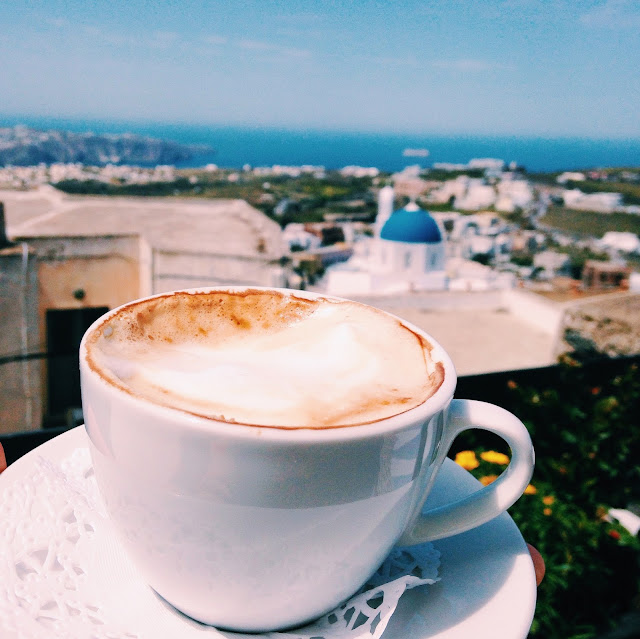 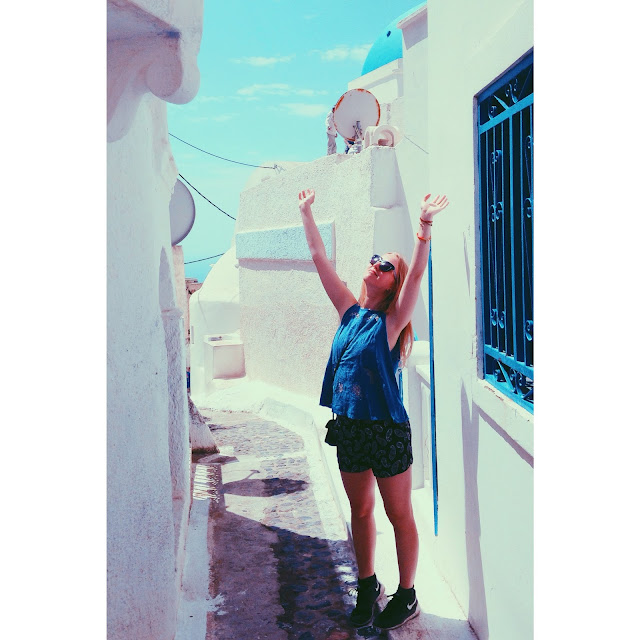 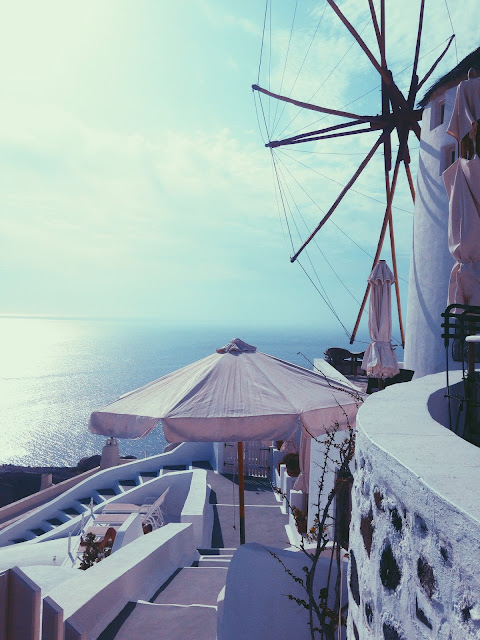 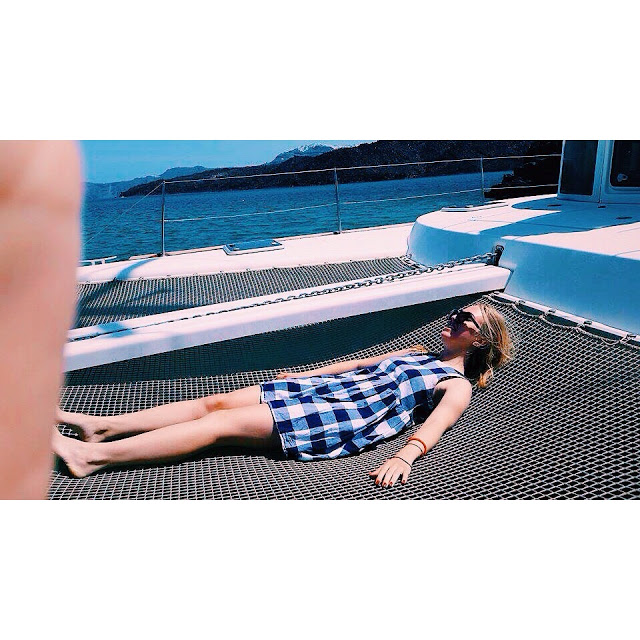 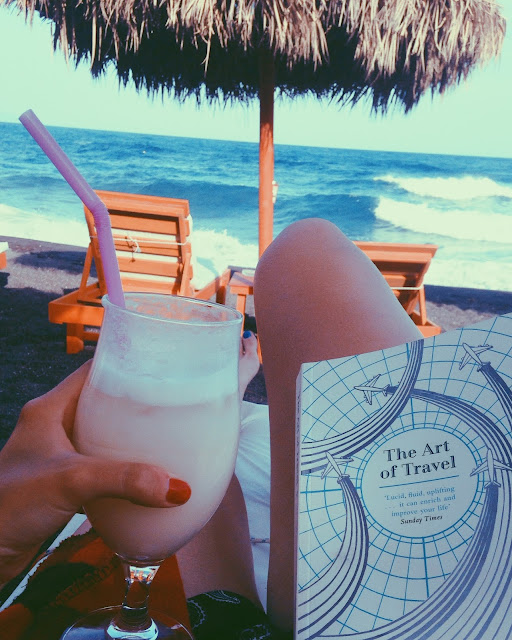 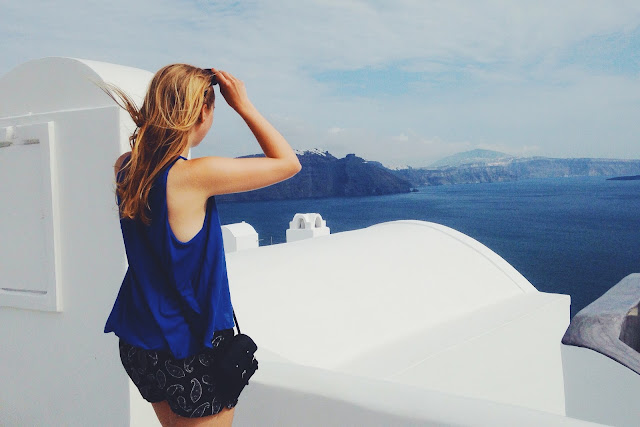 It’s difficult to describe my surreal romance with Santorini in a few short paragraphs. It had been a slight obsession of mine to visit the little island since watching Alexis Bledel’s character, Lena, travel there in The Sisterhood of the Traveling Pants. Oh, and I let’s not forget: it’s the land of Mamma Mia!

We landed in Santorini in the heat of the day after an early morning flight from Athens. Moments before beginning our descent, the island appeared in the distance like a sparkling jewel against the deep blue Aegean Sea. Flying into their provincial airport was a refreshing change of pace after the non-stop spree of big cities we’d visited in recent weeks.

One of my favorite things about Greece was the bed & breakfast that we were staying at in Fira. Every nook and cranny was perfect from the white washed interior to the breathtaking view of the ocean below. As two 21-year-olds alone in a foreign country for the first time, we were feeling very spoiled.

Once we finally worked up the nerve to rent an ATV we decided to tool around the island. It was a lesson that sometimes allowing yourself to get lost can be the best plan of all.

First we found ourselves in Pyrgos, a small village that may literally dazzle the living daylights out of you. Look in any direction and you’ll be met with endless scenery that seems to extend on forever. Next, on the recommendation of a hilarious waitress, we drove over to the black sand beaches of Perissa and indulged in an intoxicating mix of sunshine and pina coladas. It made for a particularly terrifying ride home. In the end I may not have found my Kostas, but I did discover a place where reality may actually be greater than fiction.

It looks great! I'd love to visit Santorini one day! :)
Simimaus

Love this post! I never saw the Sisterhood movies but I always wanted to watch them! I did love Mamma Mia! I hope you're enjoying your time.