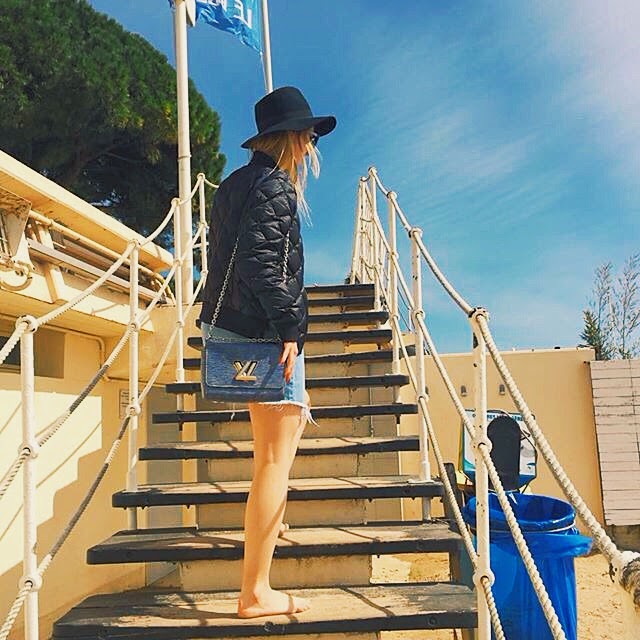 When it comes to travel plans, I’ve always been someone who preferred the excitement of visiting a new bustling city over the relaxed pace of a beach holiday. But when a friend who was visiting from the States suggested that we take a trip down to the Cote d’Azur (which translates to ‘French Rivera’), I was more than happy to comply. Especially considering that the idea was proposed to me in the middle of February when my skin color was akin to a sheet of printer paper. On a good day.

First up on out jaunt around the South of France was Cannes. Cannes, which is of course best known for its annual film festival (the 2015 installation will take place May 13-24), is set within the Alpes-Maritimes area of France. With just a few short weeks left before their beloved festival, the whole town was abuzz with last minute preparations. The festival, which has been taking place in Cannes without interruption since 1946, is one of the most significant showcases of European cinema. 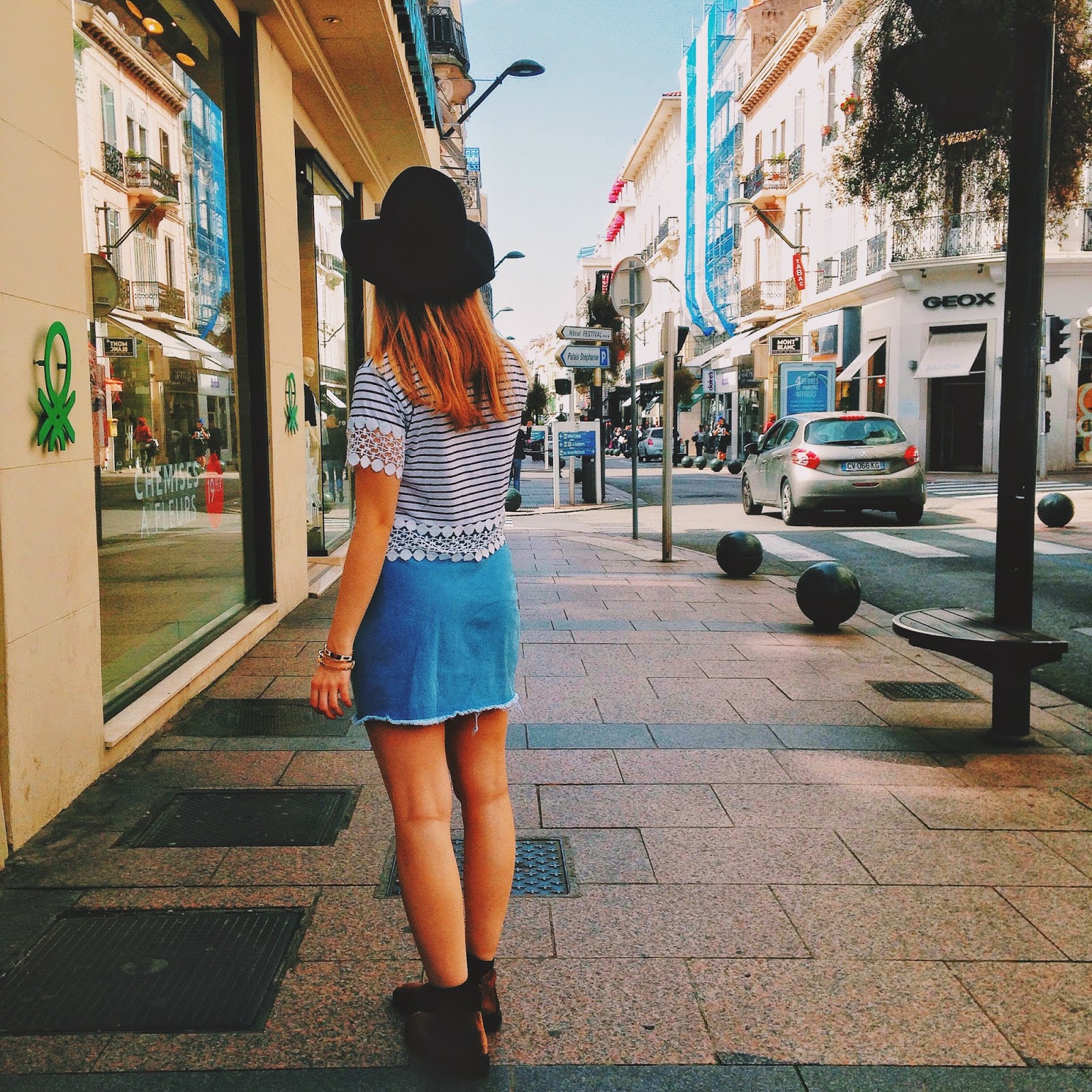 After settling in (and being pleasantly surprised by the fact that our hotel had something called the ‘Charlize Theron Suite’) we headed out for a stroll on the La Croisette promenade. My entire body, which has been suffering a severe lack of vitamin D since arriving in the UK, was pink within the first ten minutes of exposure. But the fact that I could walk around with my legs out for the first time in months greatly outweighed any lingering blush. 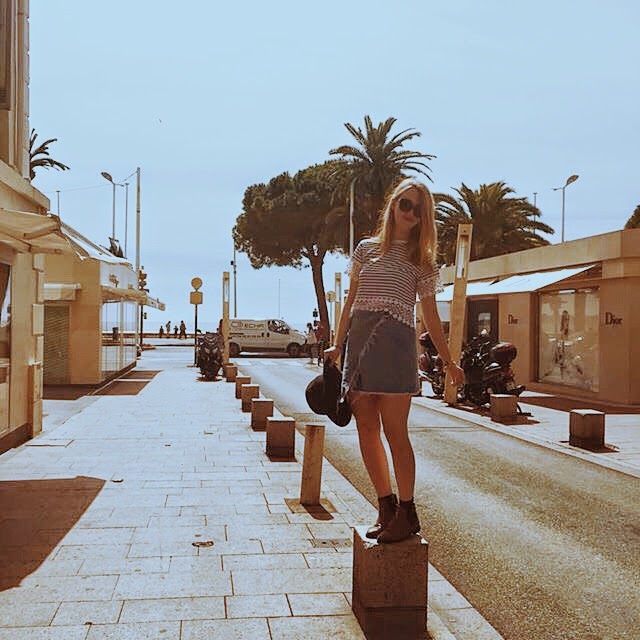 And what kind of excursion would this be if we didn’t mark the occasion with a giant pot of mussles and a bottle of rose? After all it would be rude not to adhere to their local customs… We ended up at the Gray d’Albion, a Mediterranean beach-side bistro that was begging to be featured in a music video for ‘Plage’ by Crystal Fighters. In fact, for my next visit to Cannes I intend to dance around town in nothing but a bathing suit and floppy hat wile steel drums play somewhere in the background. 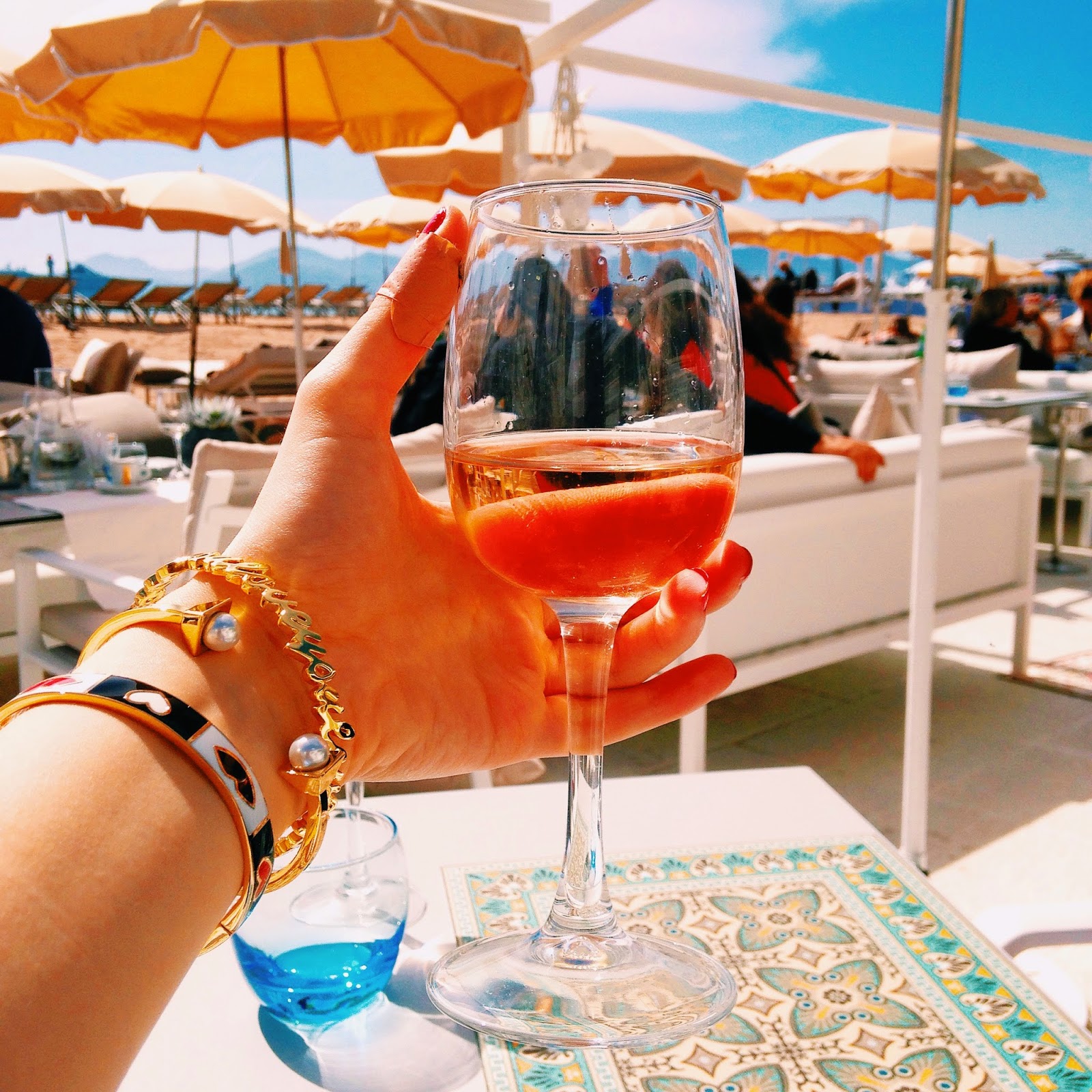 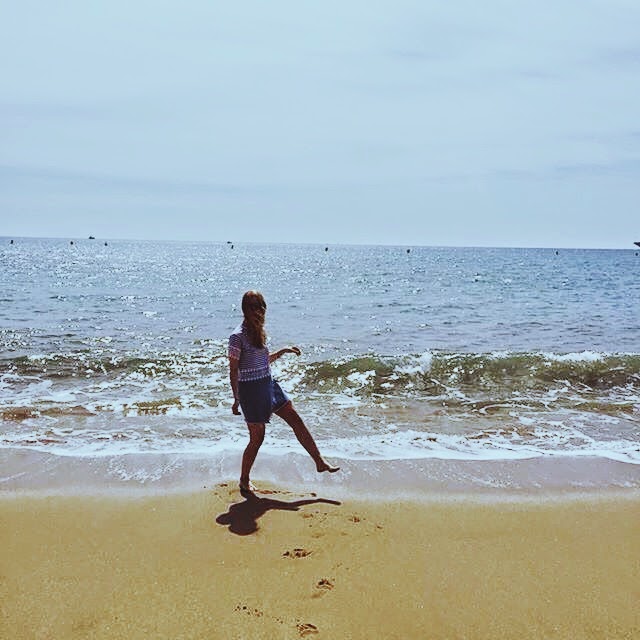 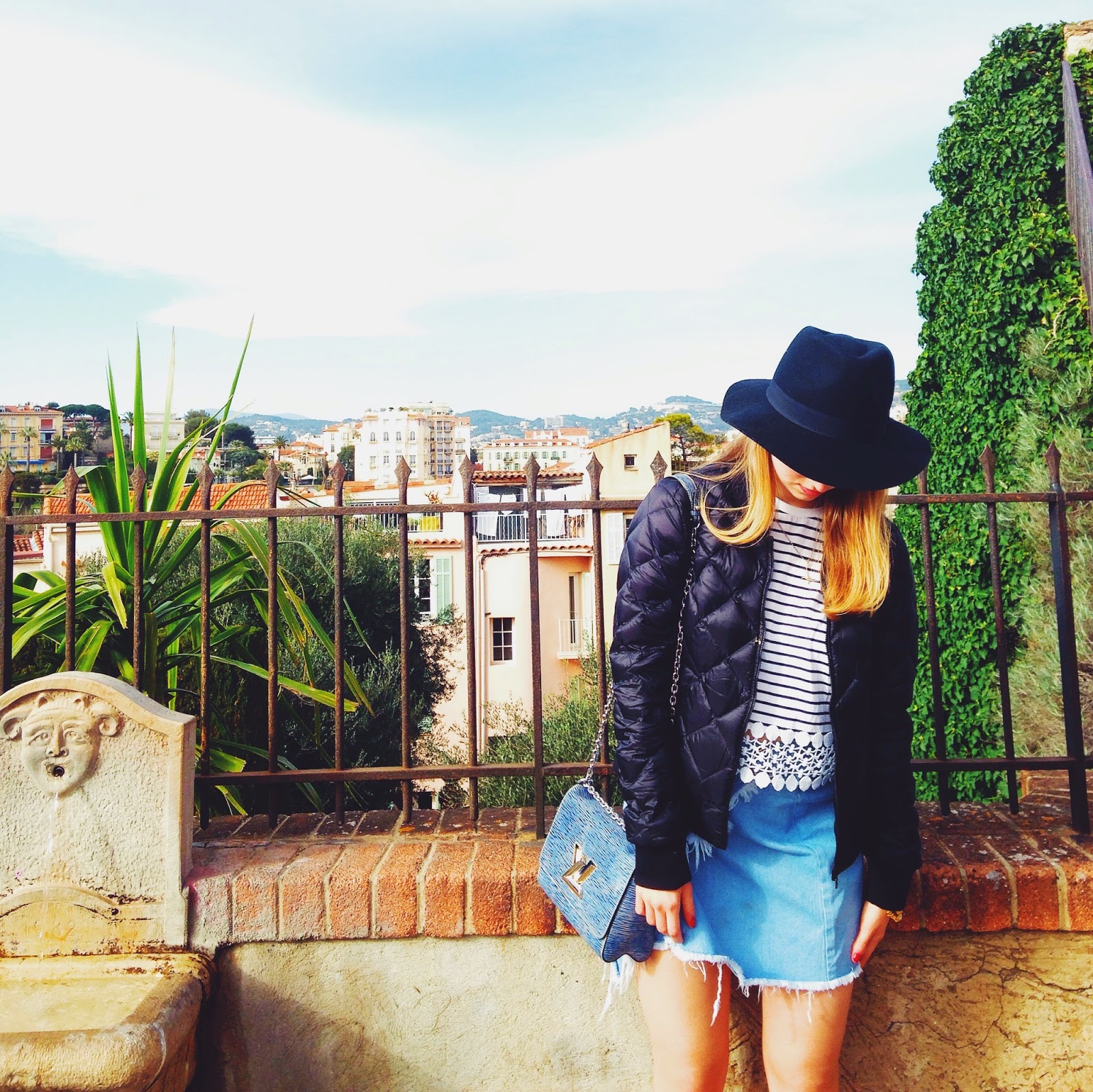 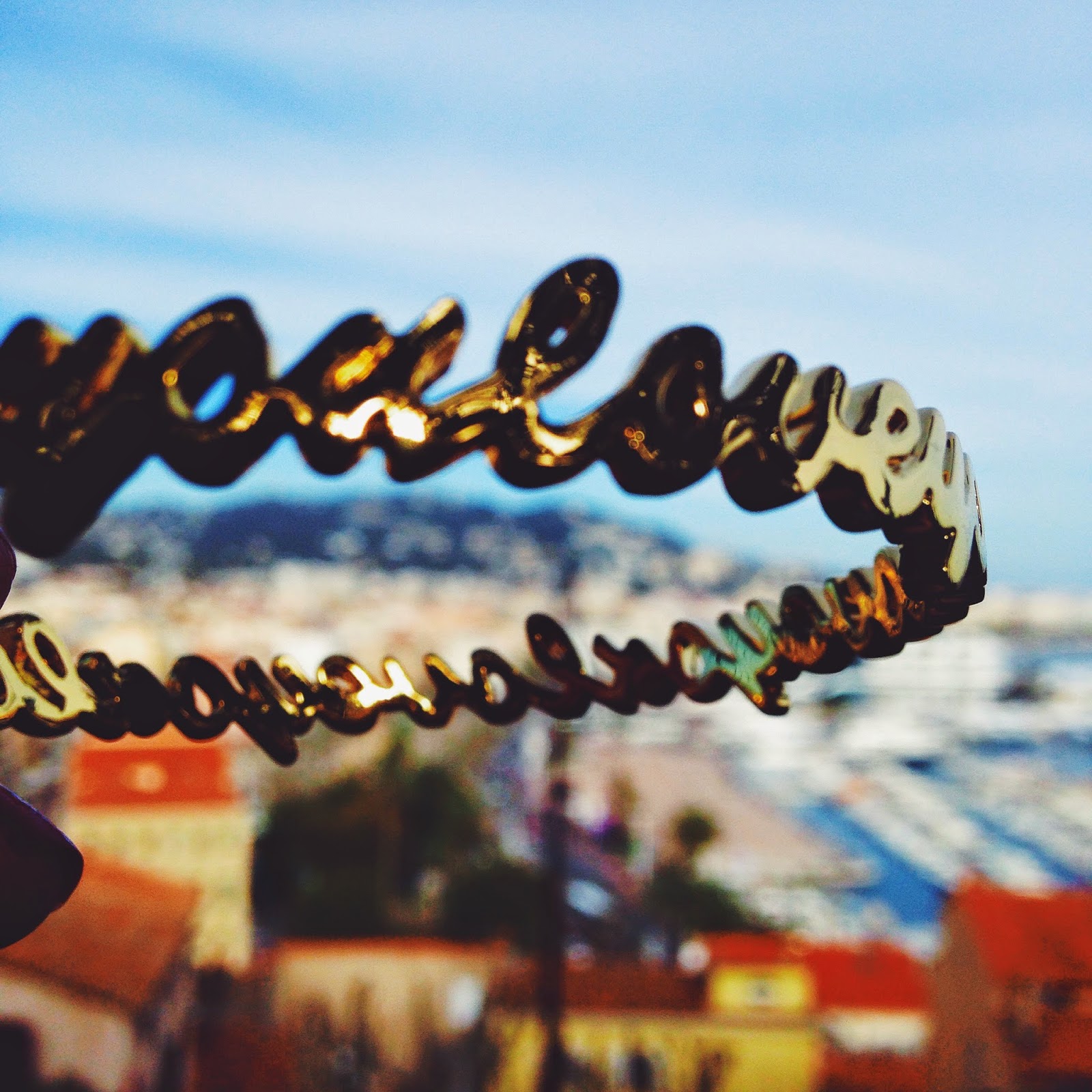 i really love your bag, and this location is fabulous!
www.samanthamariko.com

Beautiful pics! I follow your blog, so I hope you will too.

Loving the photos; Cannes looks amazing, and you've got on such cute outfits!

May x • The Mayden • Bloglovin'

oh my gosh i would love to visit the "plage" in france! and i could definitely do with a bottle of rose and a bunch of mussels. great post!

You have an amazing blog! May I follow you?
xx
Blog: adonadasushi.blogspot.pt
FB Page: facebook.com/blogdadonadasushi

I adore Cannes, it's one of my favorite places to travel. Fabulous jacket and cool look!

Hello girl! Great blog you have!
Would you be interested in following eachother on GFC? Let's keep in touch!
xo from Italy,
Have a nice weekend!
Sonia Verardo
http://www.trenchcollection.com/

I love your outfit and these pictures are amazing!

I'm the same, I would rather visit some place exciting than a relaxing beach. I'd love ti visit Cannes some day, but for now your photos took me there :) Love the denim skirt you're wearing!

Looks and sounds like a great time! Loving all of your looks.

This outfit is amazing, I absolutely adore it!

Hi Lovely, your pictures are awsome, so I can´t stop watching them. :-*

All the pictures are beautiful and I loved your outfit!
https://www.bloglovin.com/blogs/young-et-beautiful-12794627
http://www.youngetbeautiful.weebly.com

Wow great post! I love the photos, so beautiful:)

wooah, that LV bag is a big dream of mine :-O

Beautiful photos!! I love Cannes, it's one of my favorite places!!!
Kiss
http://larelladisofia.com

amazing photos!! and you look adorable!!
so chic and cute!!
have a wonderful week!
100% natural & homemade cosmetics => sano sanisimo

How gorgeous! I adore these pictures, and I just love the lace edging on your top. Great post!
xo Kiki
https://colormekiki.wordpress.com/

Love the photos. They really capture the vibrancy of the region. Your jacket and hat are fantastic.

Wonderful pics!! I LOVE it.