PARIS WHEN IT RAINS 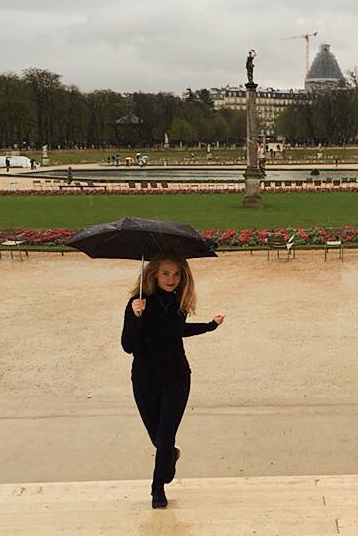 Giving my best Audrey in the Jarin de Luxembourg

For many of us even a mention of the word ‘vacation’ has us fantasizing about ourselves lounging on a beach somewhere, tropical drink in hand. At the very least we picture ourselves able to stroll around town comfortably in a sundress or sandals. While this wish holds true of most getaway destinations, Paris is an exception to the rule in that it’s magic can actually be enhanced by gray skies and the occasional downpour.

The best illustration of this point comes from Woody Allen’s 2011 film, Midnight In Paris. Gil, the main character and a hopeless dreamer, loves to wax lyrical about the added romance that brings the city to life whenever the skies open up. In fact the closing line of the film, spoken by Lea Seydoux (a perfect paradigm of the modern Parisian) sums up this notion with a simple sentence: “Actually, Paris is the most beautiful in the rain.” 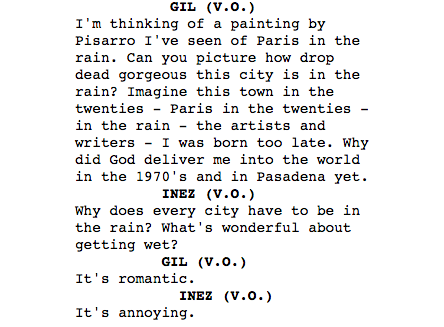 After devouring the requisite crepe that every visitor must sample (I went with dark chocolate and almonds), we spent the morning strolling along the Seine and through the charming Latin Quartier. Another great side effect of the weather was that it completely emptied out the streets (and major monuments such as Notre Dame that would otherwise be crawling with fanny-pack-wielding families). Paris was ours for the taking!

When the downpour became torrential, we conveniently found ourselves next to the famed Galeries Lafayette on Boulevard Haussmann. The department store, which has been around since the early 20th century, has played host to many iconic fashion moments over the years. The central dome, covering its luxury cosmetic department, is it’s best-known component and can be found on many an instagram grid. The rest of the massive space is similarly not to be missed; particularly their witty window displays. 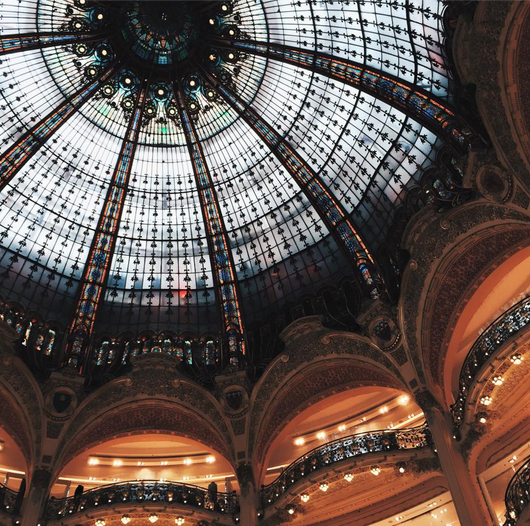 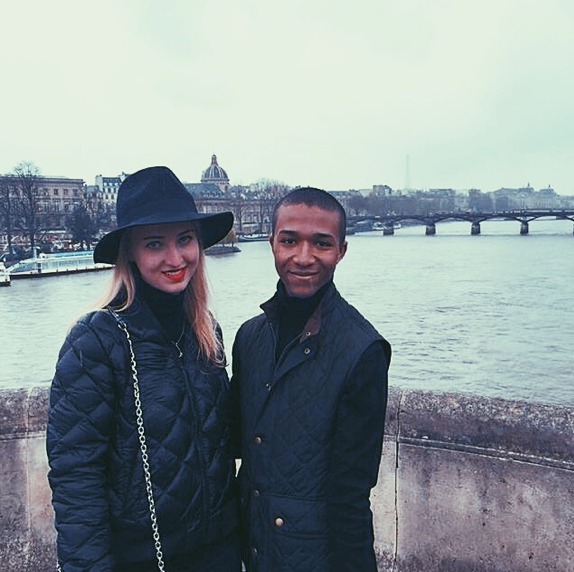 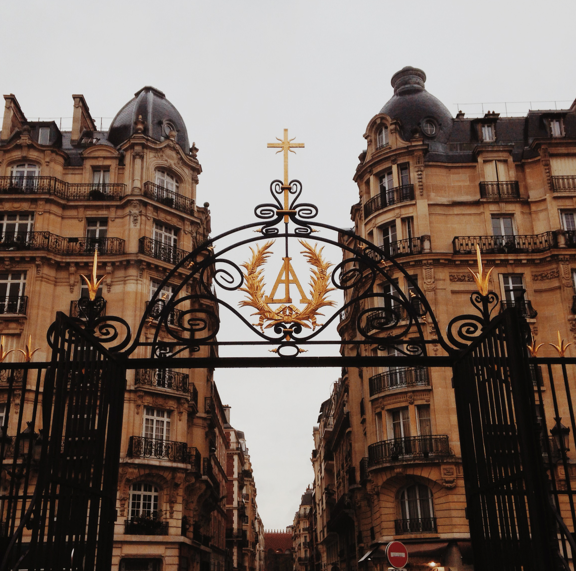 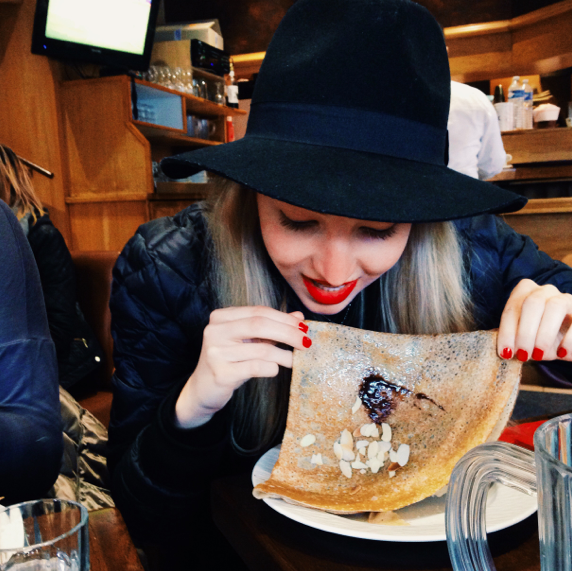 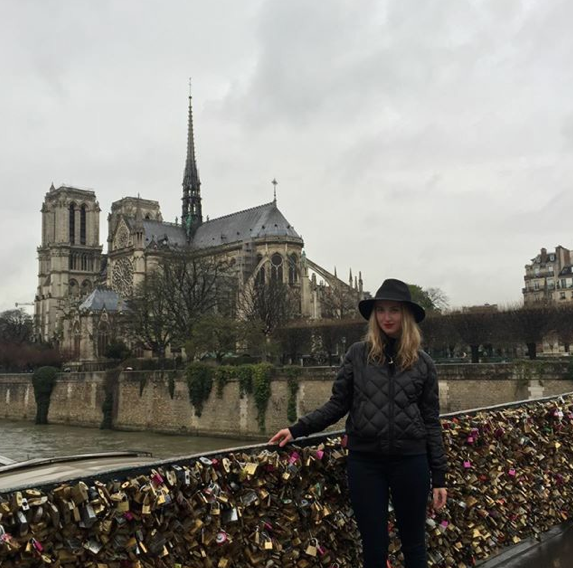 Love the pictures! Paris is even when it rains wonderful!
Many thanks for your charming words on my blog. Your blog is stunning and now I want to ask you if you want to follow each other?
xx from Germany/Bavaria, Rena
www.dressedwithsoul.com

So beutifull pictures! I'm so in love with Paris. It's the most wonderful city in the world, een if it rains!

Really cute photos!! I love Paris, and every place is even more charming when it rains!
have a wonderful day!
100% natural & homemade cosmetics => sano sanisimo

Paris is a very nice place to visit. I went there sometimes ago and I would like to go back in the future. xoxo

Wow, wonderful pictures, Paris is always beautiful even if it's rainy! I miss this city so much!

Such a beautiful photos!

Such beautiful photos and somany iconic place! That city is truly magical. Thanks for sharing!!
xx

Paris is always beautiful, hence why I decided to do my masters there instead of staying in Belgium. And Midnight In Paris perfectly reflects how I feel about the city!

Amazing pictures by the way. That pancake looks to die for :)