Misadventures at The MoMa 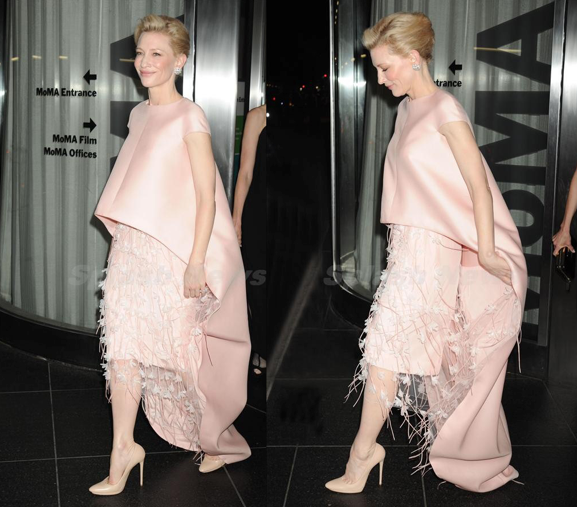 The first time I saw Cate Blanchett wearing this blush colored Balenciaga dress is a bit of an odd story. One that my friends claim could have only happened to me.

On one of those insufferably humid days of mid-summer (oh, how I miss that now) I was scrolling through the Internet and saw that the MoMa was putting on a series of Harry Potter films. Basically, everyday they would screen a different HP film in one of their movie theaters. As a massive dork Potterhead I couldn’t very well miss an opportunity like this, my own (perfectly good) TV and DVD collection sitting at home, be damned!

As the week progressed I got more and more into it. I think it was by the time that the fourth movie rolled around I started wearing Potter paraphernalia. I was taking it all very seriously.

Anyway, that is how I found myself accidentally at the premiere of Blue Jasmine, Woody Allen’s most recent film. In my Slytherin T-shirt.

My first tip off that something might have been going on was when Alec Baldwin held the door open for me. But then again, if you’ve ever been to East Hampton on a sunny day you wouldn’t think much of this action. My next clue was Amy Poehler who complimented me on my lipstick (Why was I wearing bright red lipstick and a T-shirt to go to the movies on a Monday night? I don’t know. Don’t question my fashion choices when it’s above 90° outside.) But who knows, maybe Alec and Amy are really big Harry Potter fans too, right? Hey, it’s possible.

Then all mayhem started to break out. In came Joseph Altuzrara followed by Solange Knowles and Jenna Lyons, all looking impossibly chic. Somehow I ended up right in the middle of it chatting with Andrew Bevan and his boyfriend. Still in my bloody Slytherin T-shirt.

As often happens with these kinds of random acts of the universe, I was feeling a little overwhelmed. Fight-or-flight? Then I realized that in moments like these, which have a very low probability of ever happening again, you just have to embrace them whole heartedly. Actually, I’m lying. What really happened was Cate Blanchett walked by in this enchanting pale pink concoction which was literally so enchanting that I followed her into the screening room. It might not be the same kind of magic as I would have witnessed at Hogwarts, but Cate Blanchett’s look was without a doubt, supernatural. 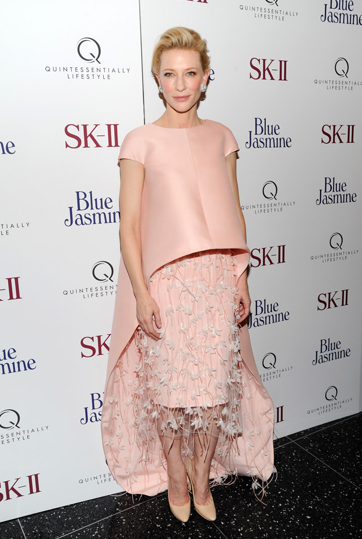 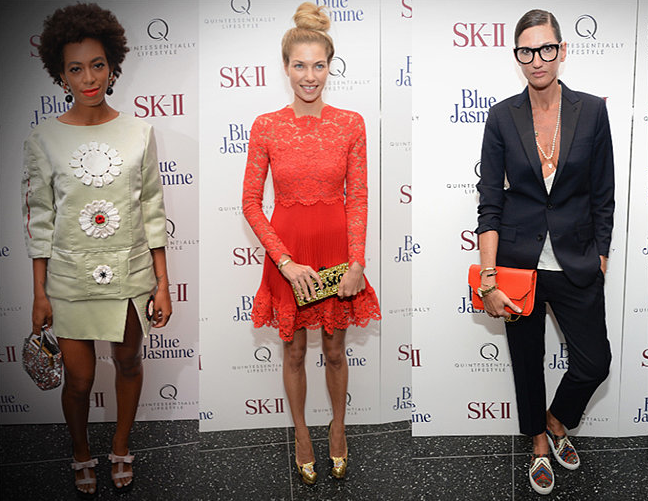 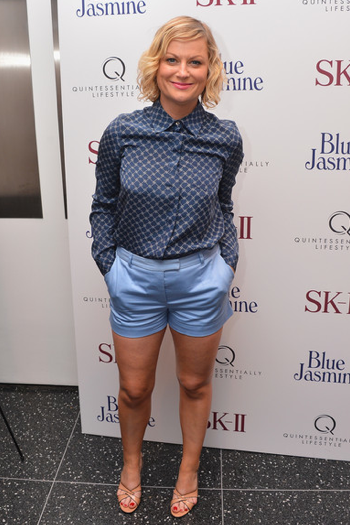 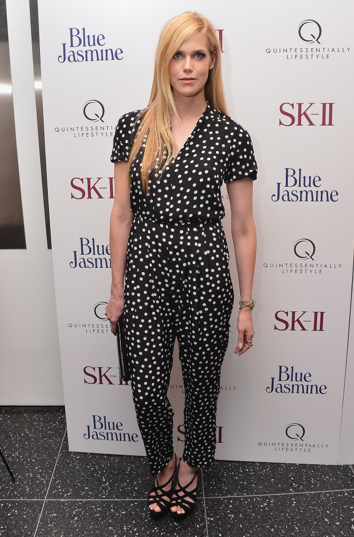 Lucky you! :) Love the all the outfits!
xoxo
www.fashfab.blogspot.com

wow, how surreal! and cate's dress is so stunning, she can do no wrong!
blogablebeauty.blogspot.com

That was insanely exciting for you. She did look superb in that outfit but then Cate Blanchett can just about shine in anything. She is one of my favorite fashion icons. Thanks for visiting my blog. I am going to follow you on GFC and Bloglovin. I hope you follow back so we can stay in touch.

Cate Blanchett herself is pretty supernatural - she can do no wrong!

Wow. What a great story, how fun to have lucked into an opportunity like that.

Omg you're so lucky and i lvoe all those dress! Pretty ><

Unknown said...
This comment has been removed by a blog administrator.
16.3.14