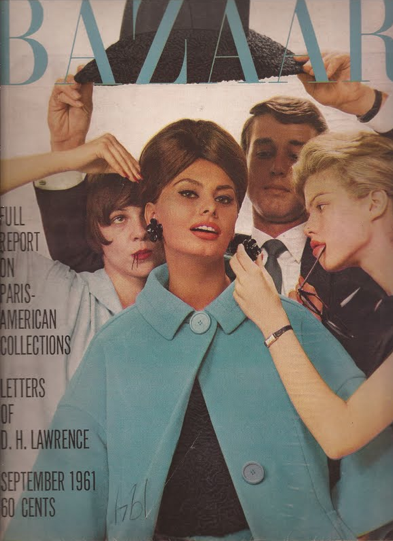 In conjunction with a special project I am working on, I’ve been spending a lot of time combing through the Bazaarchives. Being forced to look through every issue of the magazine since it’s been in print (1867) is an amazing educational experience and certainly a lot of fun. But after flipping through a few decades, editorials start to run together in my mind.  There are distinct shifts in the styles of the ‘60s (Twiggy + Penelope Tree), the ‘70s (Lauren Hutton), the ‘80s (when the term ‘supermodel’ grew in infamy), and the ‘90s (the crucial time when Kate Moss and Corinne Day ushered in the waif look).

Making the jump between various decades can certainly be a shock to the system. In just a few years time you can literally see an entire movement take action. Giant logo accessories are traded out in favor of slim fitting pants and crop tops; boobs and hips are done away with to make room for rib cages and thigh gaps. With the exception of ‘tribute’ or ‘inspired by’ stories, it’s rare to make distinct connections between the ages.

One concept that has miraculously held up is the idea of letting the audience feel like they’ve gained access to what is happening on set. Today we can literally go behind the scenes by searching online for #BTS, Instagram, Twitter, etc. But as recently as 10 years ago, that wasn’t an option. Instead the magazine let us in by featuring a shot of whatever model or celebrity we were obsessed with at the moment actually getting prepped for her close-up.

Nowadays seeing a celebrity without their makeup on isn’t anything  remotely special. There are entire tabloids dedicated to exposing what Kim Kardashian really looks like in the morning, or whatever former model actually has *gasp* cellulite... We think nothing of it. But back in the day, before the entire illusion was shattered, it was shocking to think that these women weren’t actually born like that. I give Bazaar credit for being one of the first publications to debunk that myth once and for all (or at least the next month’s issue came out) in September 1961 (Sophia Loren) and February 2002 (Gisele.) 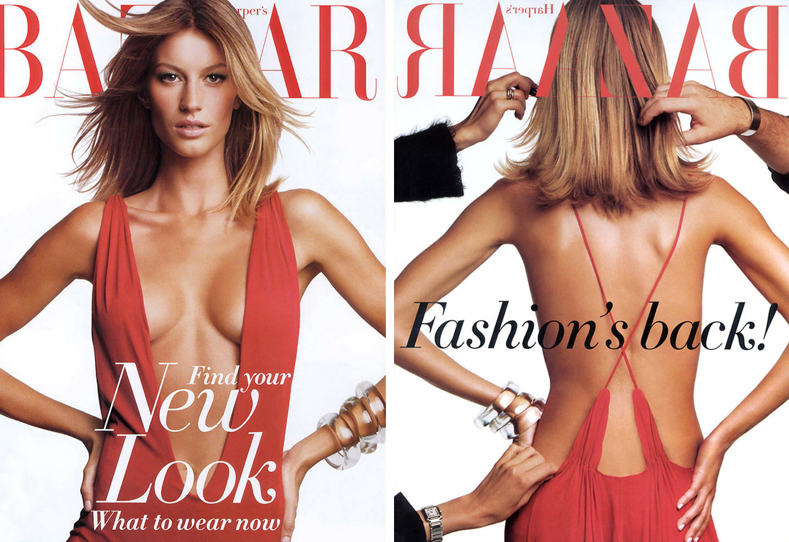 You have a lovely blog dear and thanks for stopping by mine as well! I agree, we definitely get to see a bit more behind the scenes now days, though I do think the "perfection" myth still exists.

I've always loved behind-the-scenes shots, they make the whole thing so much more interesting. You have a great blog :)

Hello dear, thanbk you for comment and visit. You have a nice blog too, fancy following each other? I always follow back kisses x