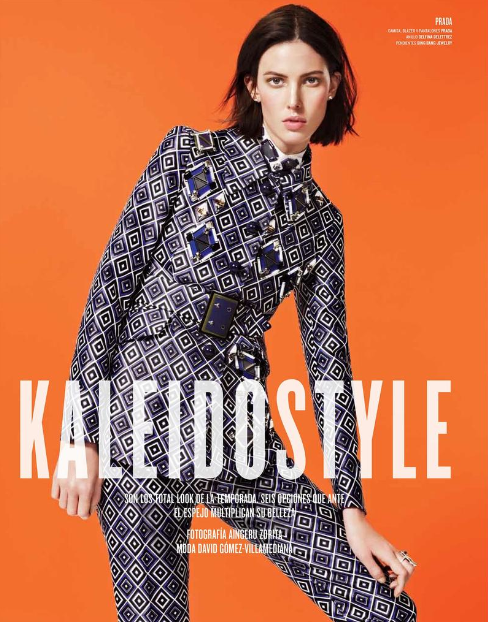 A few weeks ago I made the case for minimalism in a modern setting. I believe that simplicity and vision in design are the ultimate luxuries amidst the sea of clutter. However, while I am clearly of the “less is more” camp, I think maximalist can also play an important role in our wardrobes within the right context. (If you are going to a party at Donatella Versace’s mansion, if you are counting down the seconds until the ball drops on New Years Eve, or if you are Lady Gaga, for example.) But in the spirit of sweeping generalizations, excessiveness and grandiosity do have an important role in fashion: to further highlight the clean lines and effective cuts of clearer fair.

While that was not the literal inspiration behind this editorial, I believe that it could have easily been a subliminal idea.  We shot the story last spring at Jack Studios in Chelsea with street-style-darling/model Ruby Aldridge. The prep was unusual as there was such a variety among the options on set. Normally, it’s easy to spot the theme or aesthetic of the shoot just by looking at the racks. It doesn’t take a genius to hypothesize that it’s a denim shoot if there are rows and rows of jeans, or that it is ‘70s-inspired if everything has a plunging neckline and bell bottoms. But this was different; there was leather, prints galore, neutrals, furs… you name it, we had it lying around somewhere.

Clearly a number of the looks were full-on, all-out. But others, while still embelished and decorative, were appealing because of their graphic shapes and rich materials. Take the last shot (before my behind the scenes ones) for example. A fur like that would easily mesh in with Iris Apfel’s basics, but can you picture Pheobe Philo swinging it over her shoulders and heading out for cocktails with Karla Otto? I suspect not.

The point I am trying to make is not that Pheobe is chic-er than Iris, nor the opposite.  What I am saying, however is that even the Eva Cavalli’s among us could benefit from adding a little polish to their wardrobes in the form of streamlined cuts and basic luxe pieces this season. Even if it just to showcase how truly opulent your favorite pieces are. 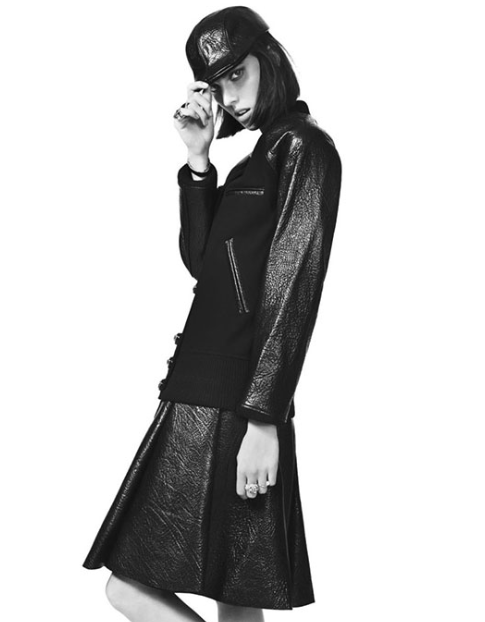 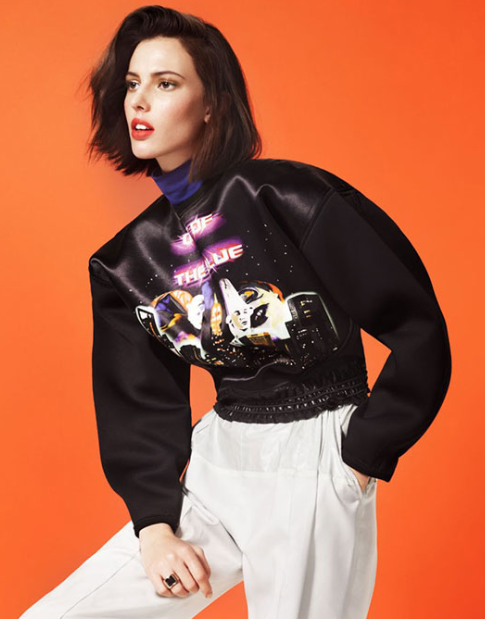 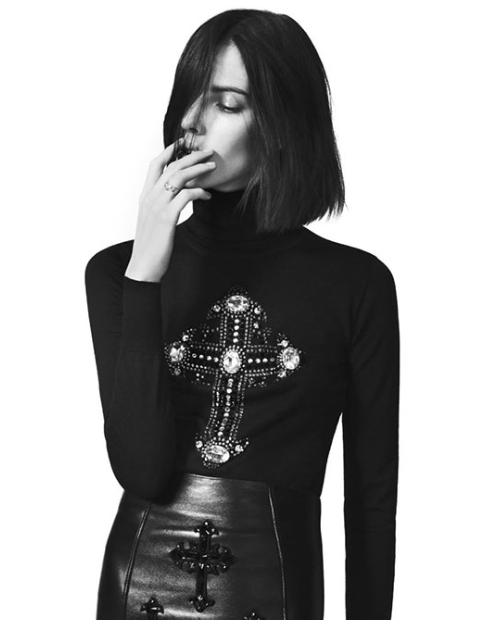 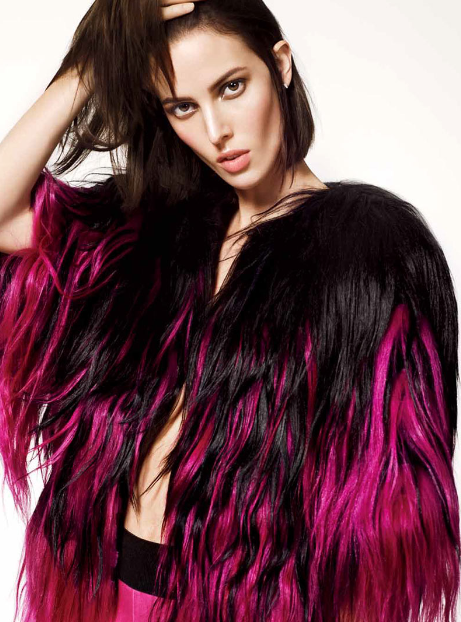 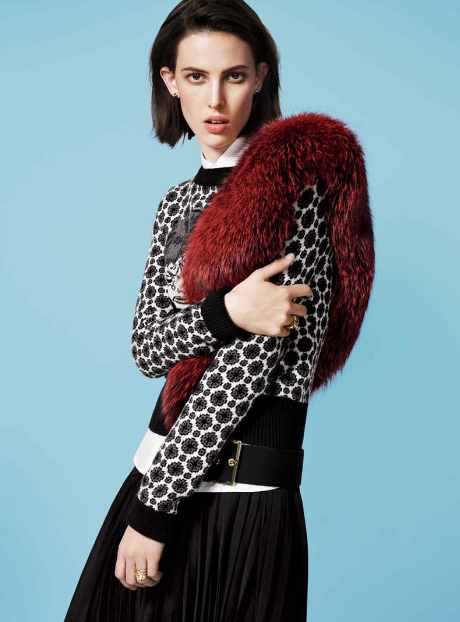 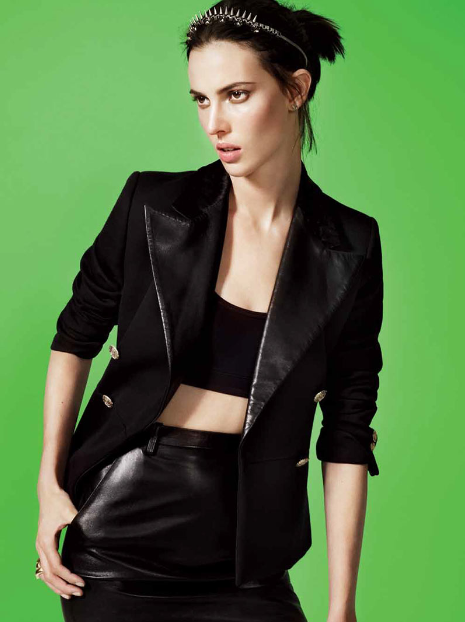 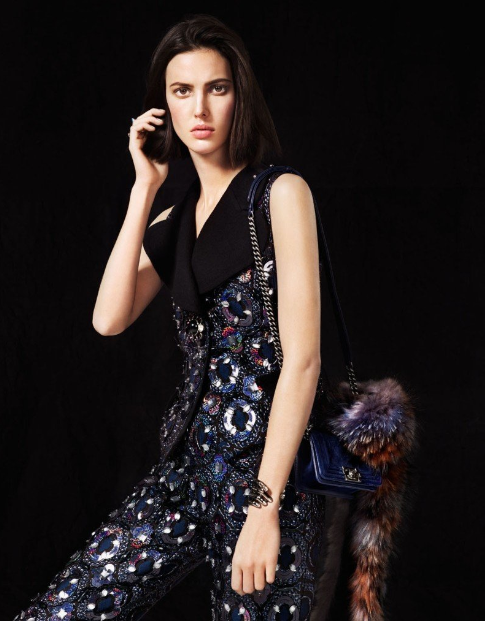 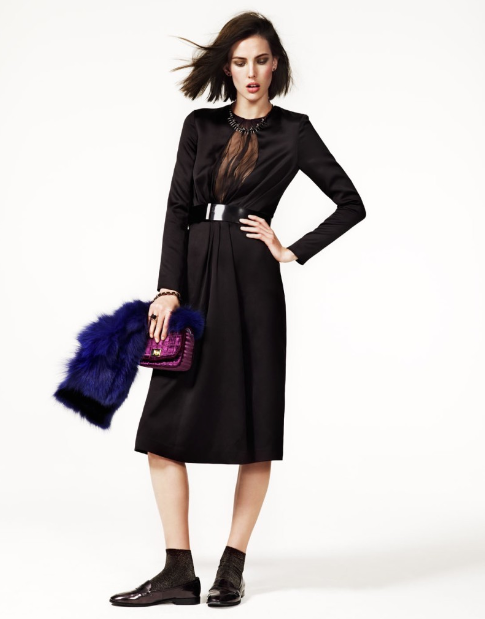 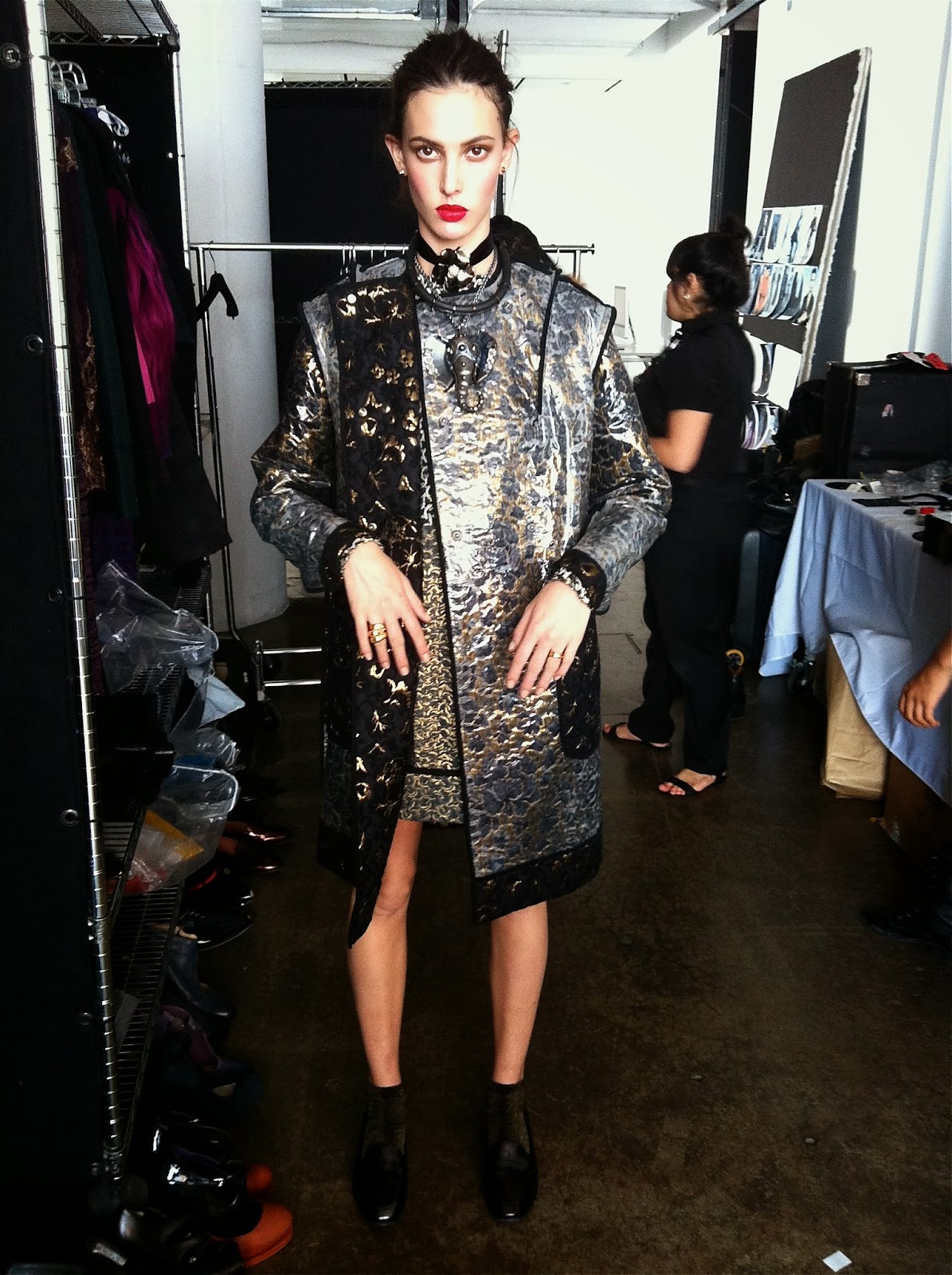 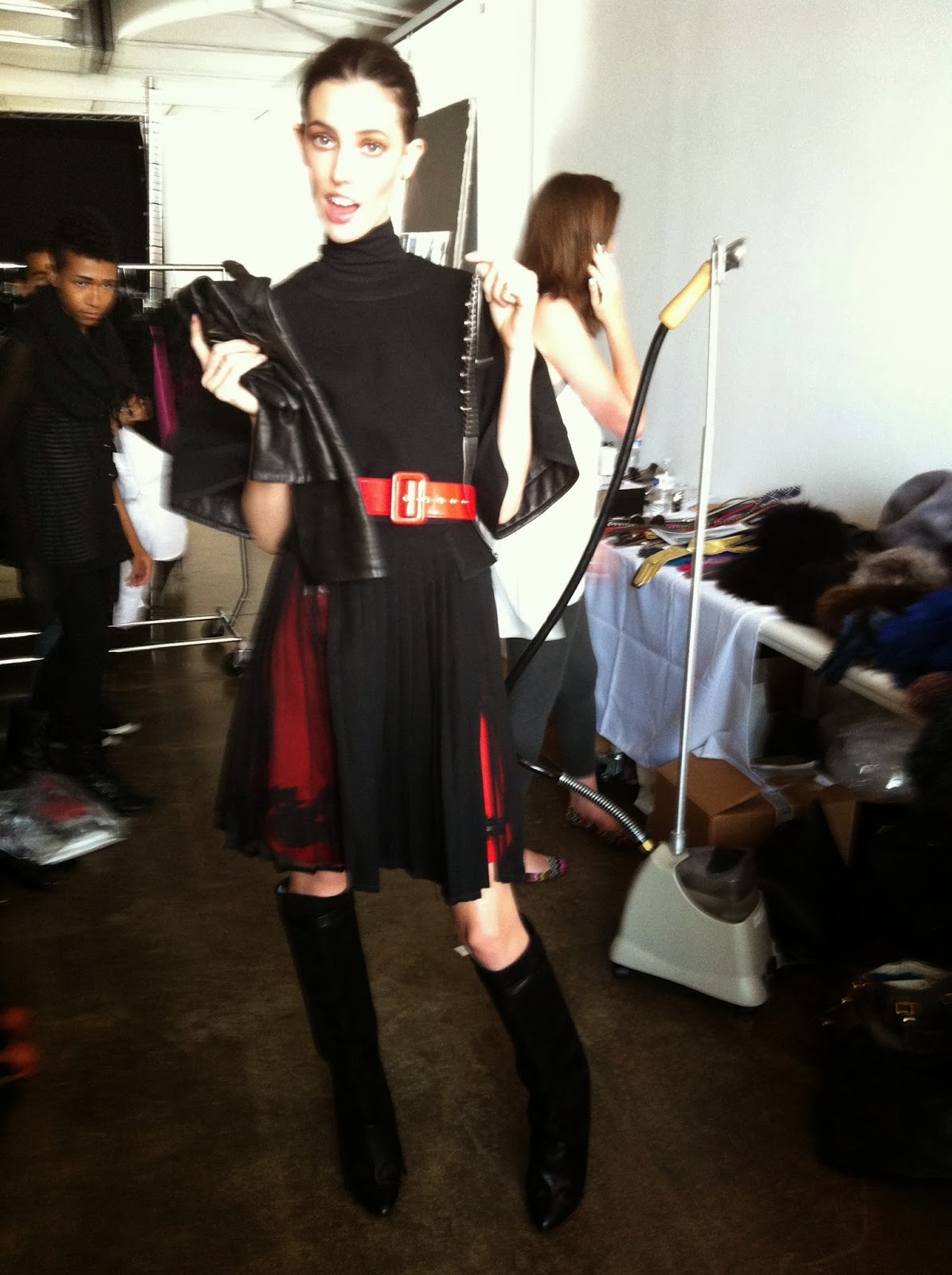 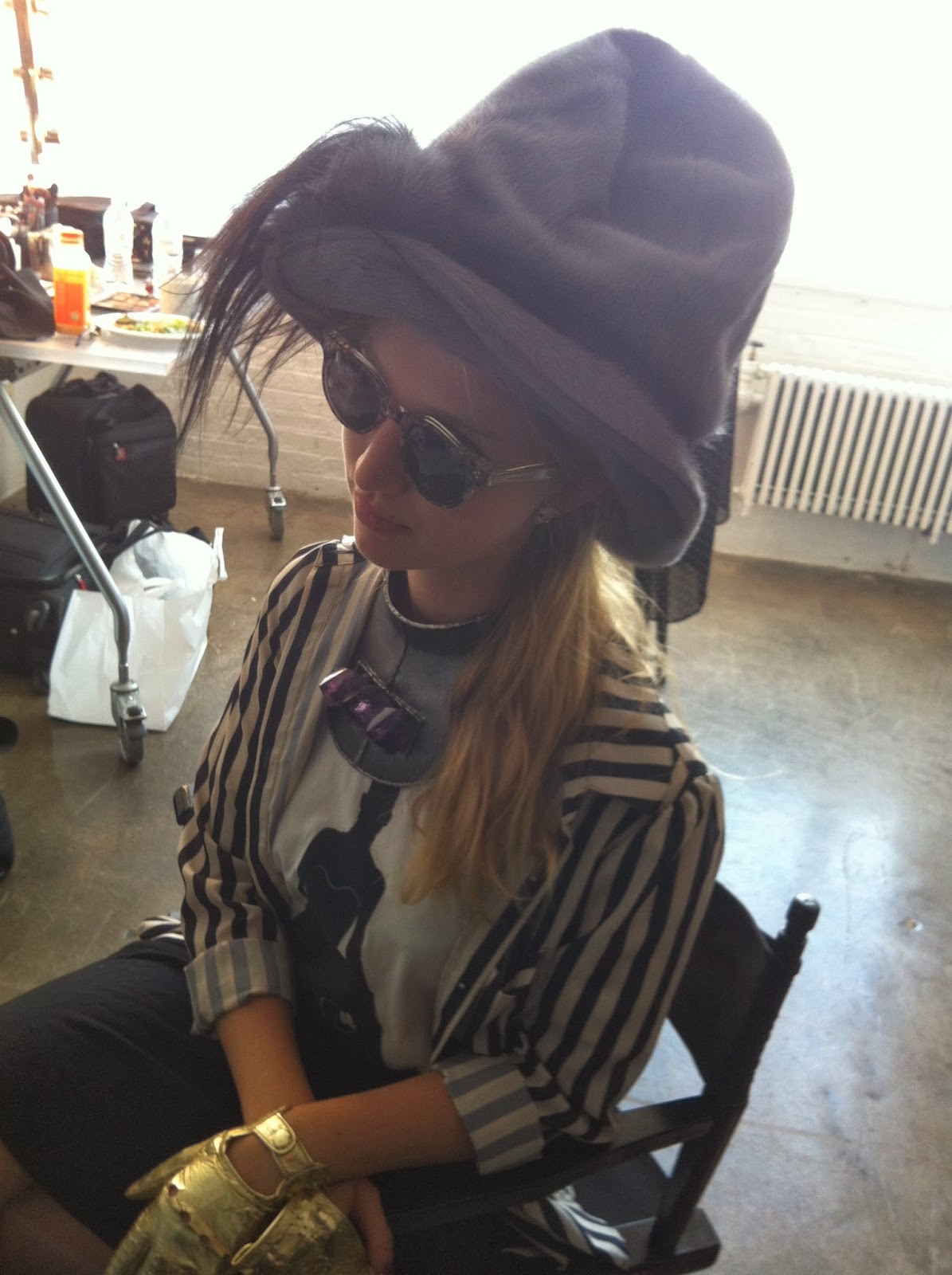 thank you for visiting my blog. great post with very intresting model :-)

Although I am a fan of statement jewelry and accessories, I love minimalistic outfits that are clean and classy. Structured pieces do so much for an outfit!

See you on my blog!!
www.adifferentclothing.com

i fully agree with you!!

Such a great post! I agree with you totally with regards to 'colors affecting our moods', when it is raining, the only thing I have to and want to wear is the bloody raincoat, waterproof pants, Gore Tex shoes, my uniform for the crap weather, but when it is sunny and warm, I want to wear all my hidden gems in the closet bought long time ago in hope that i would wear them one non rainy day :)

YOu look absolutely gorgeous, and really love the effort that you put into your inspirational posts.
following you on B'lovin
<3 xoxo