Prague: An Unlikely Icon and Emblem 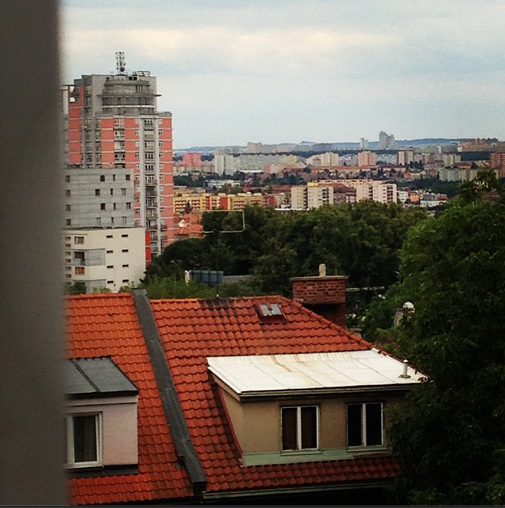 (and no, I do not know what face I am in the process of making)

Before coming to Prague I had been told by a number of friends about how amazing the city is, especially the historic architecture and nightlife scene. With my mom as my only company and my lack of Czech comprehension rendering the later pretty much impossible, it was up to the rest of this glorious city to make up for my lack of social interaction with people, preferably within two decades of my age. But thanks to the internet, who needs face-to-face contact these days, right? Only, I didn’t have wifi either (the horror). Keeping all of this in mind, it’s clear that saying that I had an amazing stay in Prague, says a lot about the powerful beauty and intrigue of this city. 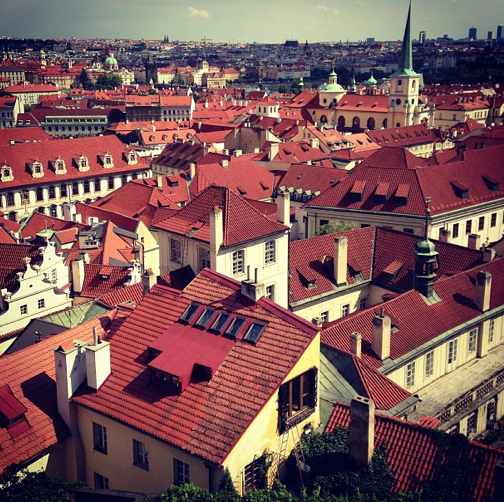 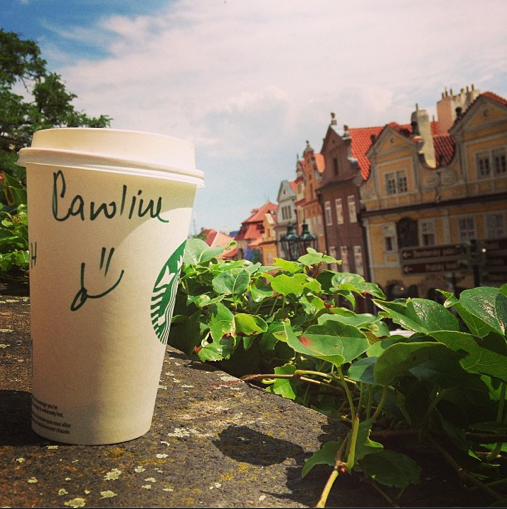 First off, can we just talk about the fact that Prague takes home the official award for most innovated Starbucks, like, ever? Normally I try not to go to US chains while I’m in another country (in favor of trying their local coffee shops… with the possible exception of ones in Amsterdam) but I ended up stranded right as it started to pour down. Thankfully Eastern Europe is no different than the rest of the world in that the nearest thing to anyone, anywhere, anytime is a Starbucks. But this one was expertly crafted into the side of steep hill, looking over the entire cityscape of both old and new towns. 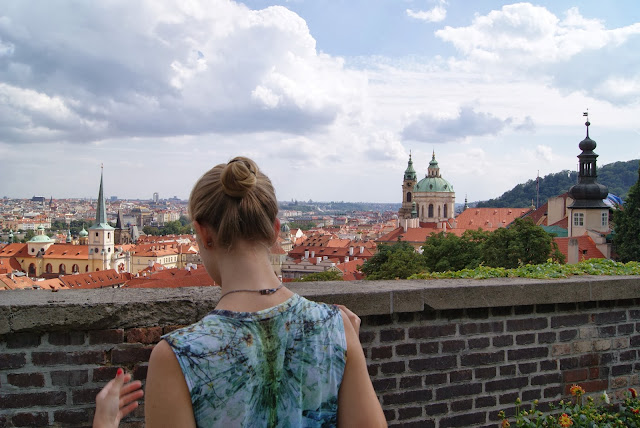 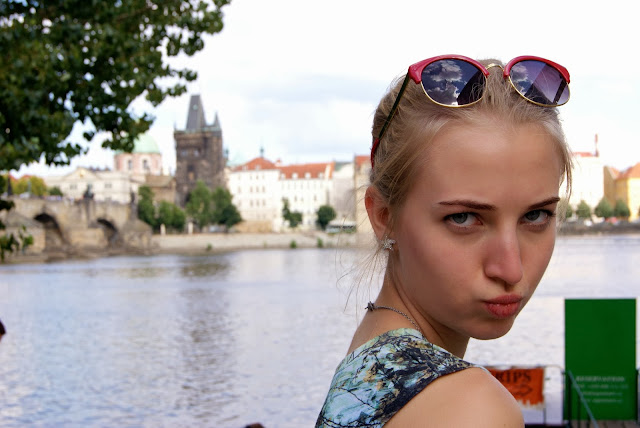 (where is Natasha Poly from? I'm having a moment inspired be her apparently)

I have this thing, … a tradition with myself, that whenever I have the time to sit down for more than a minute and admire the view, I like to listen to song to help take it all in. Rather than have you all think I’m a crazy person (not in this instance anyway) let me explain my motives.
Well for one it allows me to forget about everything around me and get completely into my own head for a few minutes. Secondly, it then associates the two (stimuli) together and suddenly that particular song has became the soundtrack of the trip- becoming an almost transportive power every time you hear it, allowing you to be taken back. Back to the magic that is the maze of streets, bridges, and halls of Prague.
In this instance my choice of music was 'safe and sound' by Capital Cities (basic, basic, basic... I know.) A few others I have used for similar purposes in the past include:

nice places and your top is awesome!

I've never been to Prague but it is definitely on my places to go!

My boyfriend and I are dying to go to Prague - it looks such a beautiful place! You are so lucky! xx
Coquetin