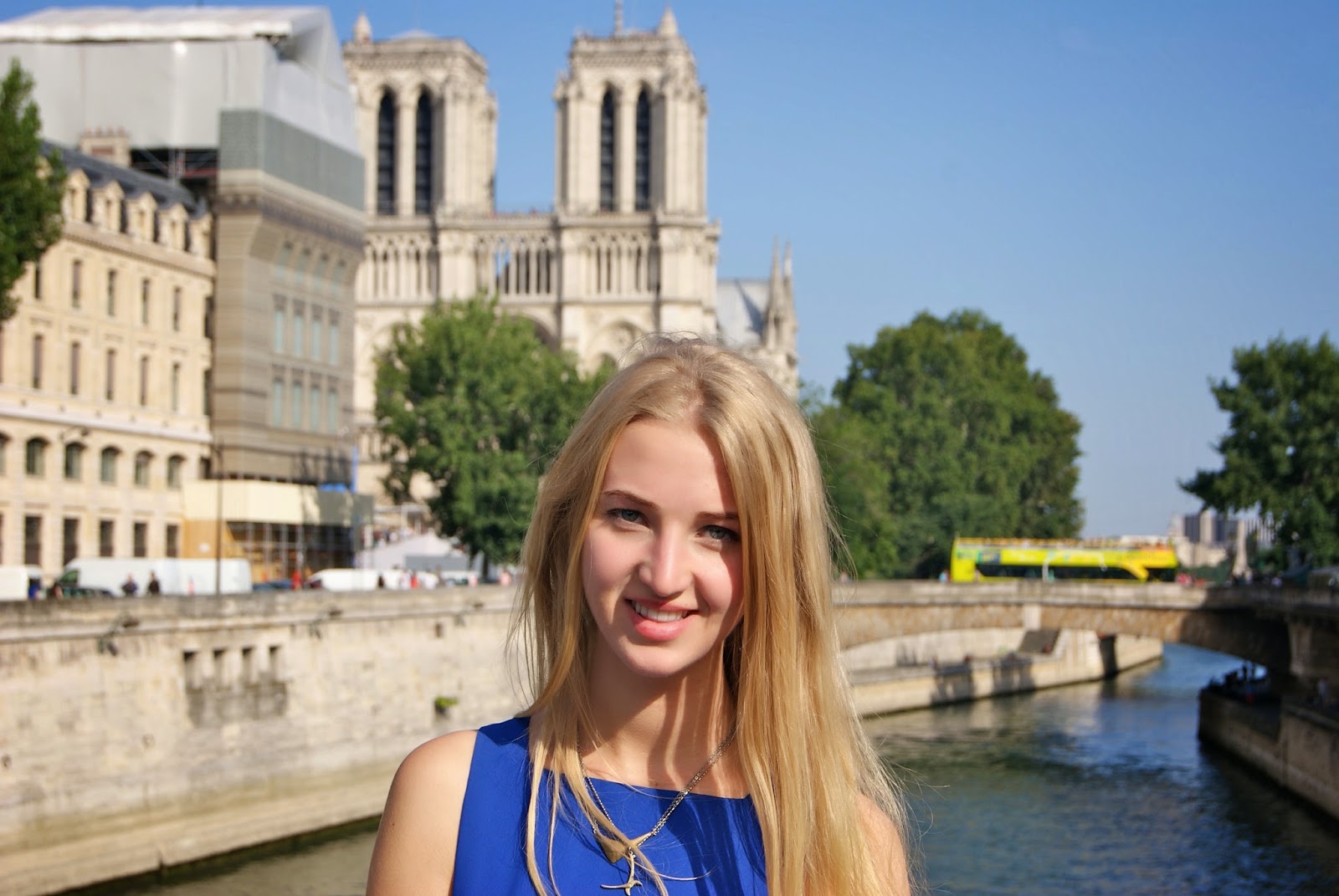 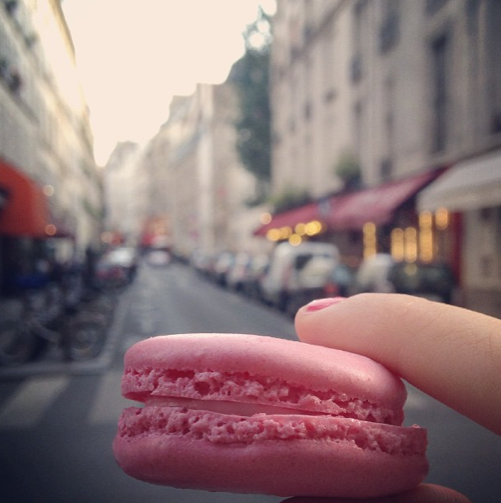 Thanks to a fortunate connection through CDG I was able to spend a whirlwind14 hours in Paris. Arriving at 4pm on a Friday afternoon with a hard out of 6am the next morning, I was determined to take in as much of Paris as I physically could. Much to the chagrin of my tired travel companion, we stomped around for hours before our feet finally gave out and we had to stop for a late-night bite and a slug of well-earned wine at Café de Flore.

I love that feeling you get whenever you arrive in a new place. It always feels like we have a chance to begin again in a new world, one that will let us start over as a better version of our old selves, the person you’ve always secretly wanted to be. In that same vein, I dressed in attempts to master the art of a Parisian ‘flaneur’ (the French word for someone who has perfected the art of nonchalance). Keeping the long walk in mind, I chose a silky blue side-paneled dress from Topshop. So as to not add to the bad rep that American have oversees I paired it with a colorfully striped American Apparel bandeau for extra conservatism (all things considered).

While sorting through my photos from Paris I realized just how snap happy I was in a single weekend away! Being in Paris came with the refreshing sense of anticipation for the future and excitement for just being alive. Oftentimes with travel there is an unspoken promise that you will return home slightly different, better for having experienced another culture and breathing the air of another land. While I can't say that traveling has made me a new person, I will say that life always seems a little sweeter whenever I get the opportunity to escape into the world. Even if it's just for a little while. 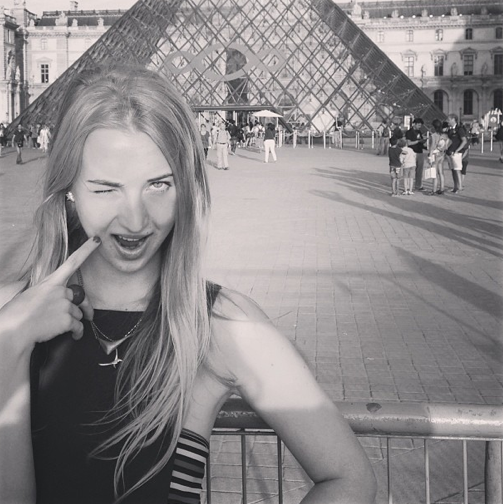 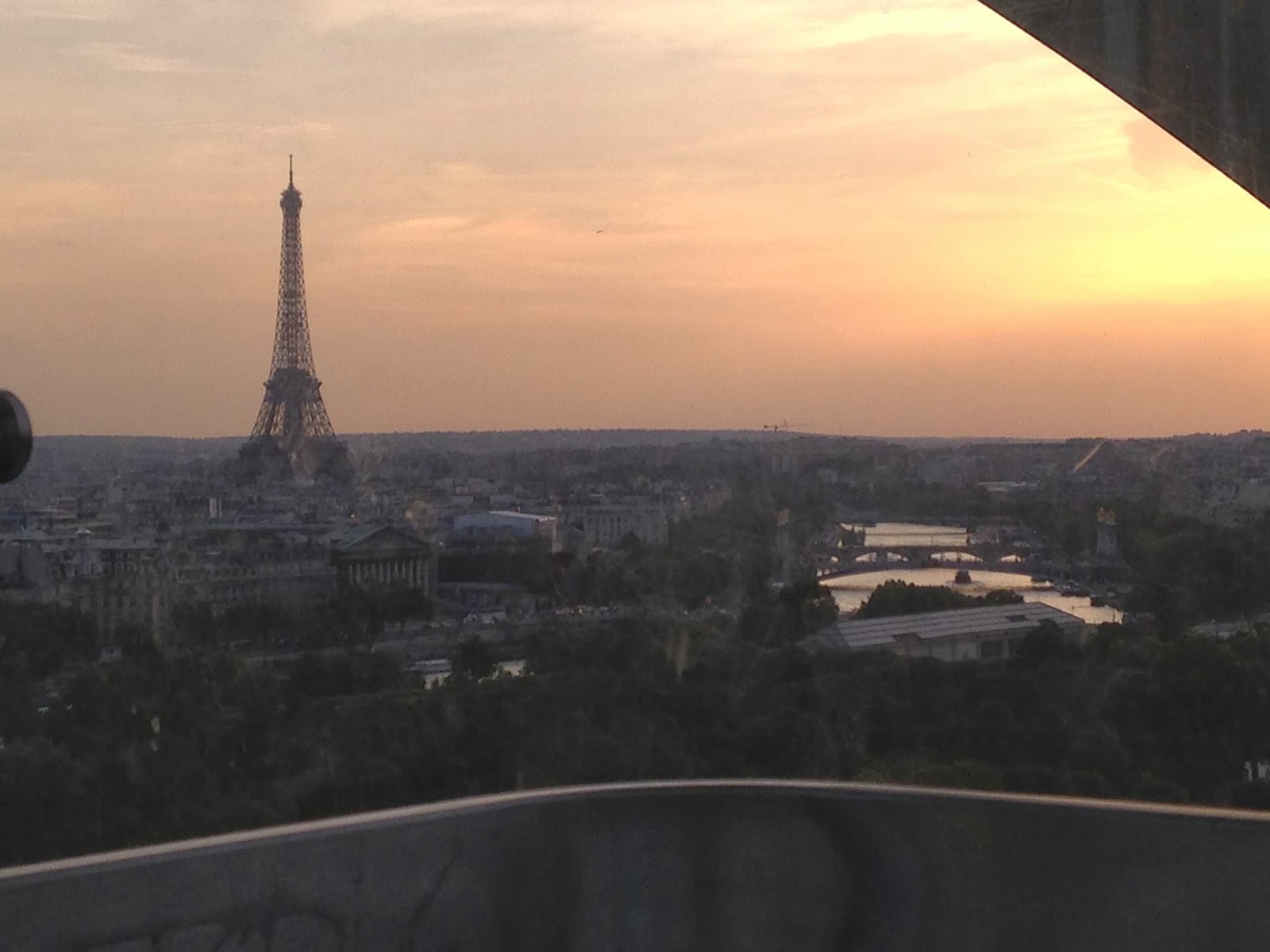 For the first time I worked up the nerve to go on that giant ferris wheel in the Tuileries. I'm slightly terrified of heights, but the view was well worth conquering my fears. From the top you can see everything from the Sacre-Coeur in Montmartre to the Arche de Triomphe. Listening to the soundtrack of 'Midnight in Paris' in one ear and the various street noises in the other, I fell head over heels for the city as the sun set behind Eiffel Tower. 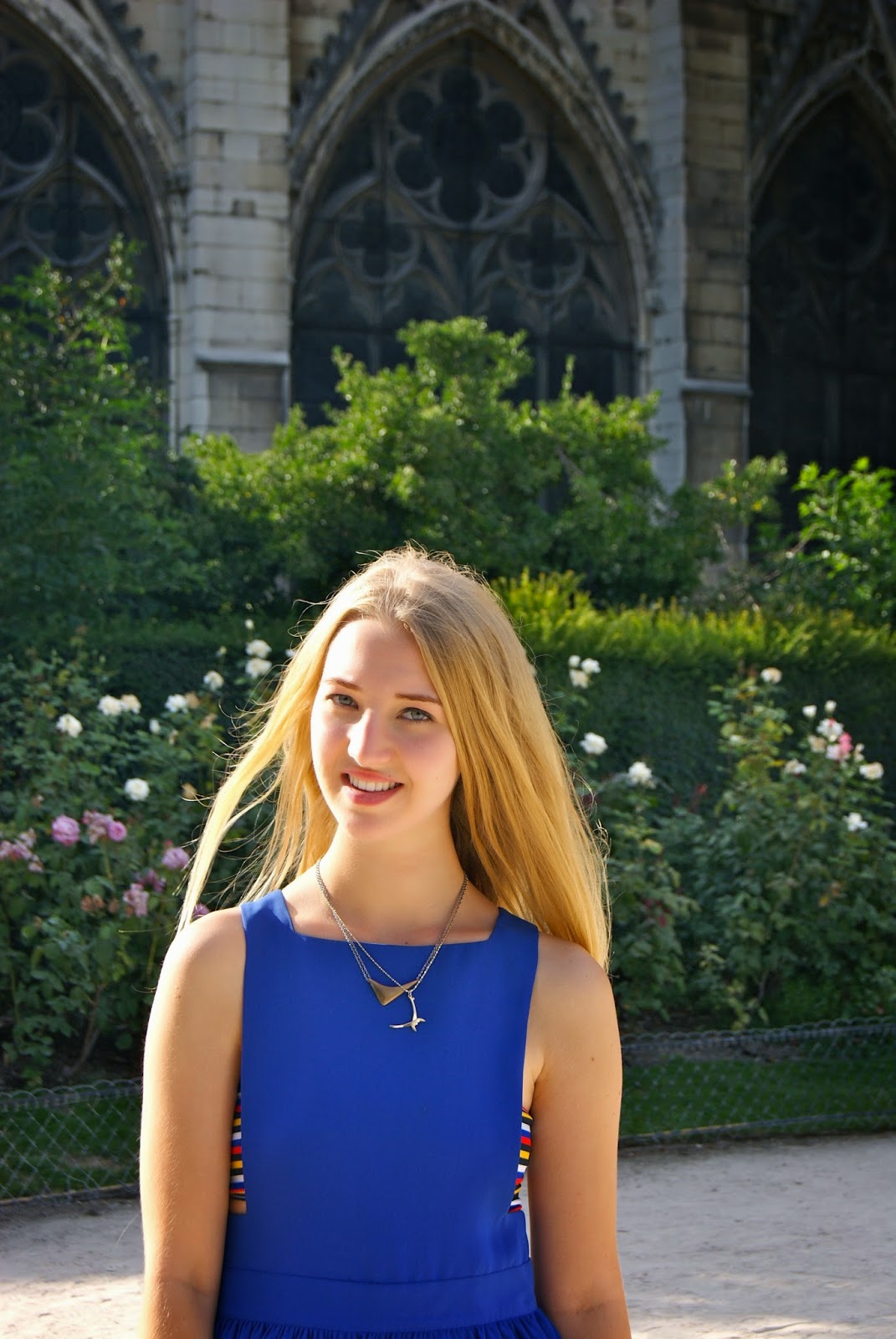 I've thoroughly enjoyed this trip thanks in a big part to the stunningly sunny Paris weather. It felt so nice to be bare-legged again that I practically danced my wait through the arrondissements! 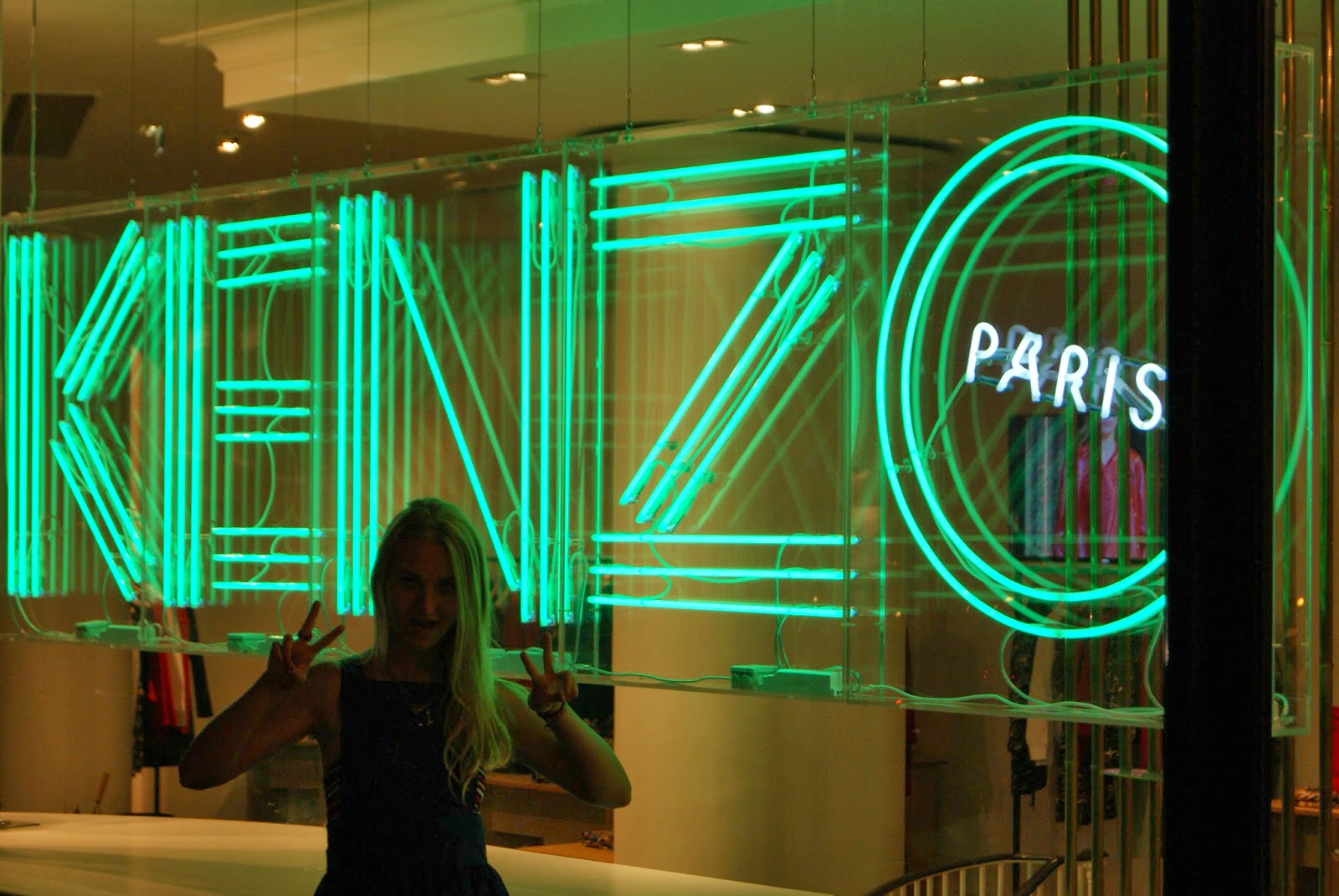 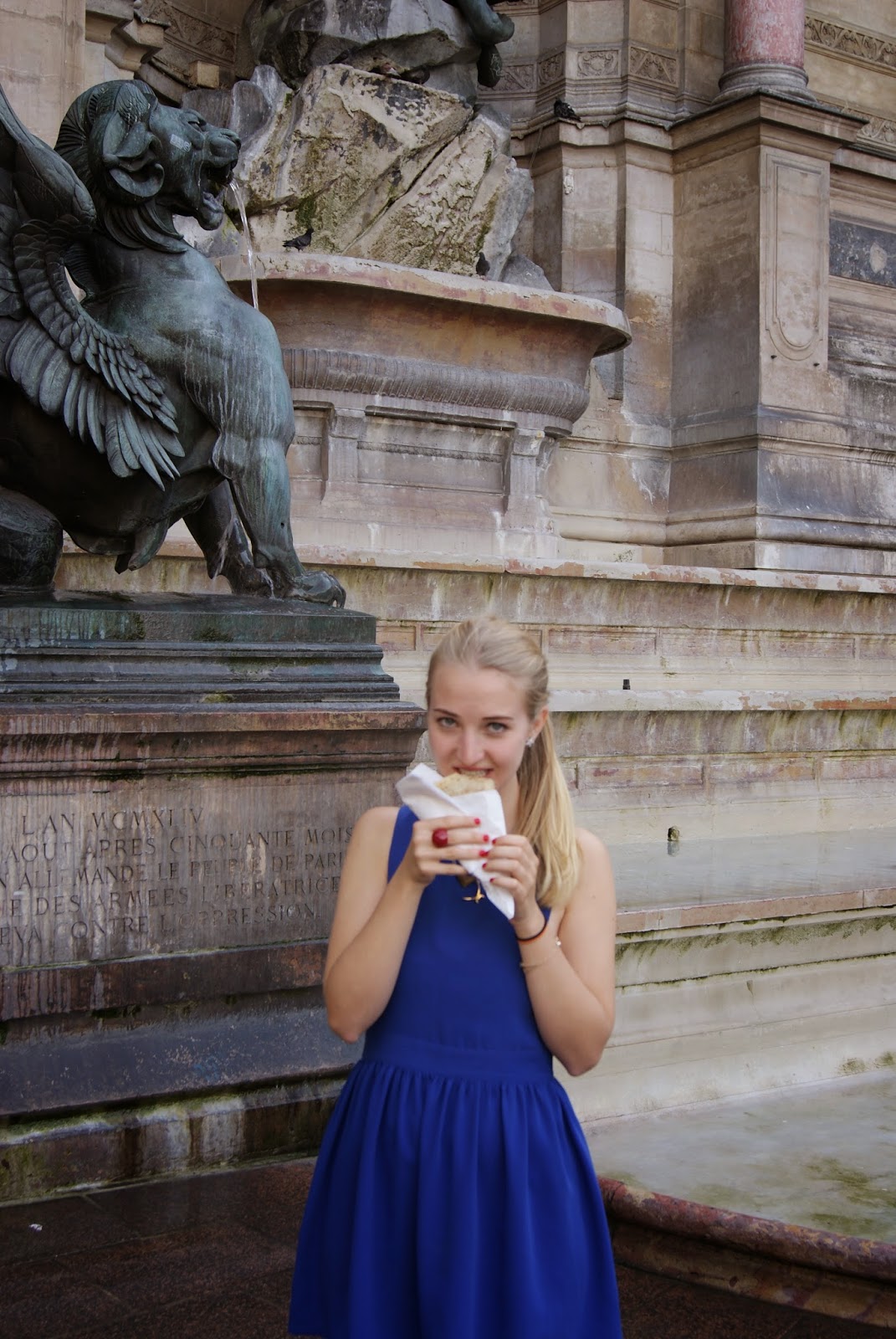 You'd be surprised by the number of street crepes I could fit into my mouth within 14 hours. The unforgiving waistline of my dress was certainly not prepared for these kind of indulgences. 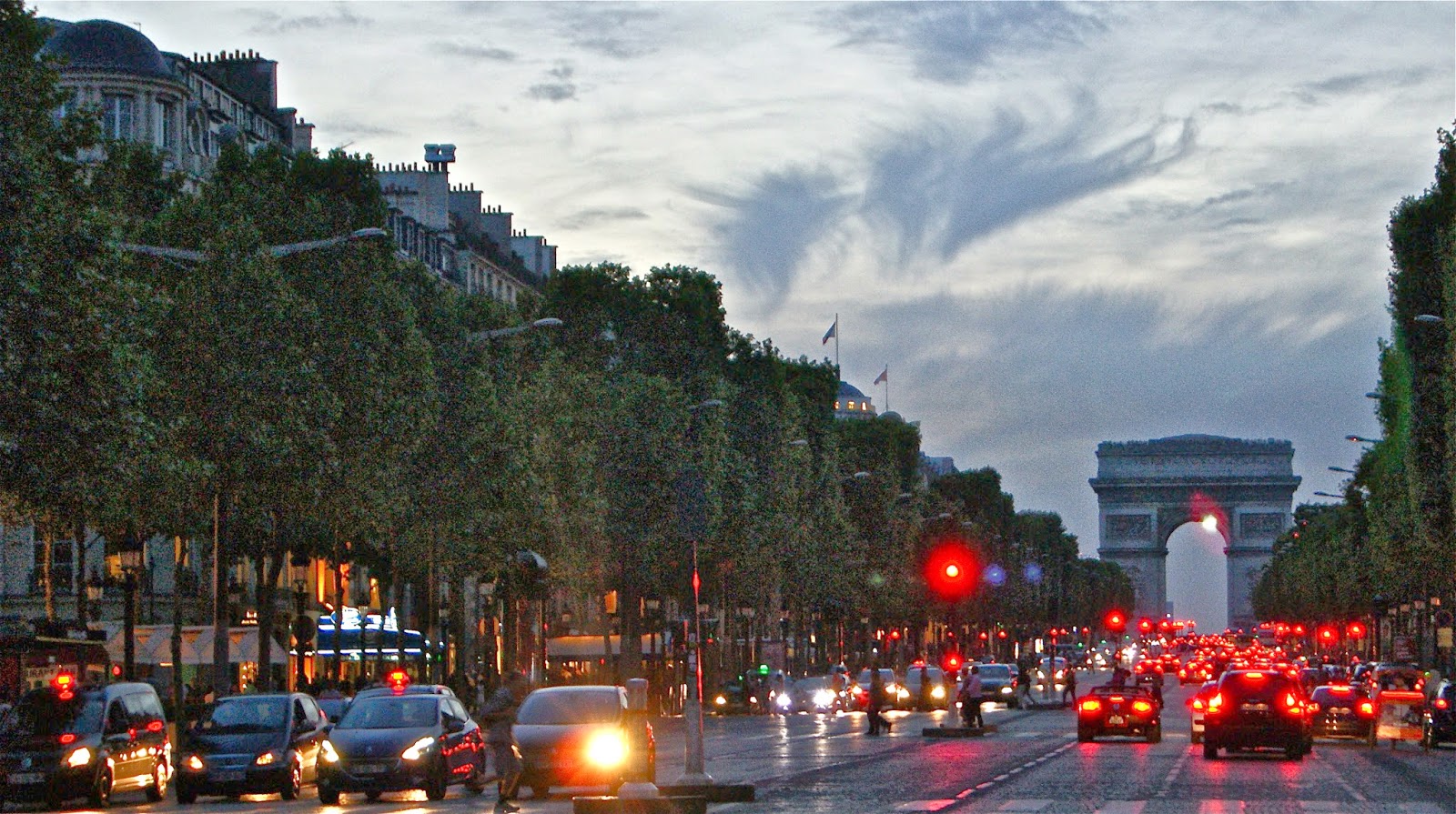 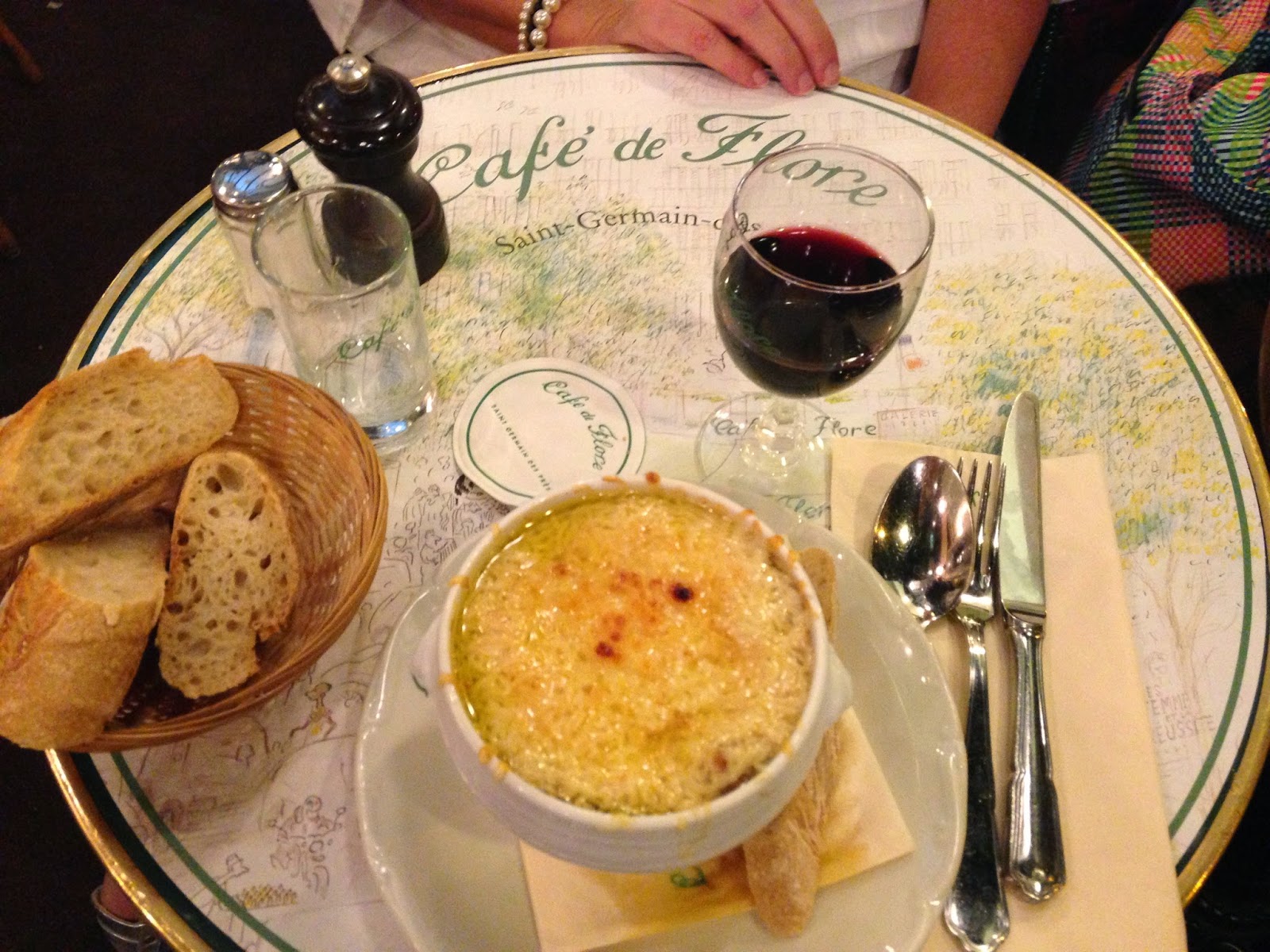 When Gaby Aghion originally founded Chloe in the 1950s, she would hold her fashion shows at the Cafe de Flore (among other, similarly styled cafes). In lieu of a catwalk, editors would be seated at breakfast tables as the models sashed around the restaurant in Aghion's newest designs.

I'd never fully understood the concept of saudade until winding through little alfresco brasseries such as this one. Saudade is a Portugese/Galician term for the feeling of being nostalgic for a time you never experienced. Never has it felt more appropriate than to properly express my yearning for the jazz age of Paris. The dress is gorgeous Caroline and if I had a chance to go to a city like Paris for a day, I would see as much as I possibly could too... the view from the top is amazing :)

Paris is wonderful, you had to really have a great time Caroline ♥

i'm glad you could enjoy Paris! your pictures are beautiful!

Absolutely beautiful!! I'm going to Paris in September and your photos are making me wish I was leaving tomorrow!!
McKenna
www.stylewaltz.com

I love these pictures! I'm so happy you stopped by my blog! I can't wait to see what you post next!

Love that dressed. Preppy and cute;p

The Adventures of a Shopaholic said...

Looks like you had an action packed whirlwind of a day! I haven't been to Paris in years but it was definitely one of my most memorable trips!

your blog is so beautiful ♥ would you mind checking out mine? i would love you forever!
pureclouds.blogspot.com

Paris is my favourite place in the world ... I want to live there.
Would you like to follow each other?
xx

Wow! Read every word you wrote there. I totally agree with you. It feels so good to travel and breathe some different air of another land. It excited me whenever we travel whether locally or international. It's priceless. <3

Love this post! The pics are so much fun! And that dress on you is too adorable! Love it!

Just passed by on your blog and absolutely love it!

I have no choice but to follow you around :P

Stop by my blog whenever you have time for a chat :D

Amazing pictures! I would like to visit Paris! I love the dress! I follow you on Bloglovin, if you want to follow me back this is my link http://www.bloglovin.com/en/blog/3324175/alessandra-style/follow
Alessandra style

I REALLY love the pictures you made! Makes me wanna miss Parih!

Really nice pics :)
I have never been to Paris before :(

I absolutely adore these photos! I haven't been back to Paris in three years now and I sorely miss the city :( You look totally beautiful and I would DIE for some crepes right now haha

Amazing photos!! Hope you are having a blast there x

aww heart!! i just adore paris!! it's magical every single time i go :) you look lovely i adore that blue dress!!

you have an idiotic face (and body) you look stupid and awful
just another BOOORING empty superficial stupid blog (-:

I can't believe how much you saw in 14 hrs! Nice work! When I visited, I was only there for a short time as well and I'm just dying to go back. I went in the freezing cold of January, and even that didn't drag Paris down....it was still amazing!

Love that bandeau you paired with your dress---it looks awesome!

Love it at all ! You looks like an angel and the photos are amazing !

You are so pretty and that dress looks great on you!

Lovely pictures!
I would love to go to Paris!

Thanks a lot for your coomet! If you liked our blog it would mean a lot to us to have youas a follower on bloglovin! Ah, and this post is just brilliant, you look gorgeous in than dress!

Your wonderful photos bring back happy memories of our last trip to Paris a year ago. The macaron looks so appetising!

Great pics! I love Paris, for its glamour and french chic!! jjj
Thanks to your comment on my blog, get back soon to see more looks!
http://fashionblog-a.blogspot.com/
XX
A.C