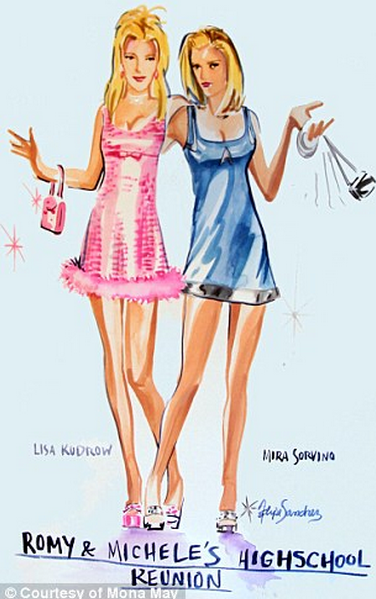 I’m almost embarrassed to admit how long it took me to get around to watching Romy & Michele’s High School Reunion (1997) for the first time. But given the weather and my dwindling Netflix queue, I had no excuses for not doing so on a recent chilly evening. And now that I have finally seen the light, I can honestly say that my life was not complete until now.

The cult classic is filled with eternally quotable one-liners and bang-on captures the whole girl-power style movement of the late ‘90s. Michele (Lisa Kudrow) and Romy (Mira Sorvino) are the kinds of friends who’ve been attached at the hip since birth. After graduating high school they move to Venice Beach, CA together where they spend the majority of their time re-watching Pretty Women and getting their groove on in fabulous outfits. After running into a former classmate, Romy is informed of an upcoming 10-year class reunion back in Tuscan.

Deciding that it would be a blast, she and Michele decide to attend. However, looking back at their yearbook they realize that they hadn’t actually been very popular in high school. In fact, many classmates (most notably, the ‘A-club’ girls) aimed at making their lives a living hell. Well, fine! They would go back and get their revenge by showing them how successfully their lives had turned out despite their torment.

Only, when going over the logistics of the most effective way to rub their awesome lives in the faces of their former classmates, it dawns on them that maybe their lives aren’t actually impressive. In an attempt to make up for lost time, the girls scheme to get better jobs and score hot boyfriends before the reunion.

When that plan doesn’t pan out as well as they had hoped, they decide that the best way to make their classmates jealous would be to invent a success story. Romy & Michele would pose as serious businesswomen for the weekend (they invented the post-it, if you were wondering), complete with the requisite businesswoman mini-skirt suit and flip phone.

Obviously, things don’t go over too smoothly, but the girls learn a valuable lesson: In the end the most important thing is to be yourself no matter what others think. And above all, dress for yourself! 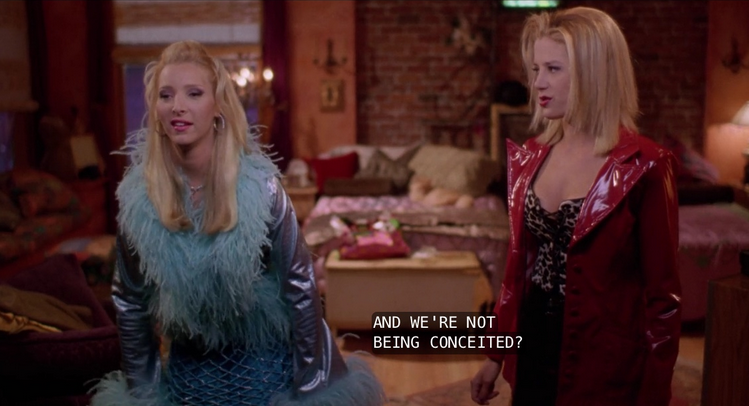 Romy: "This is like the cutest we ever looked.
Michele:"Oh, It is definitely the cutest."
Romy: "Don't you love how we can just say that to each other
and we know we're not being conceited?"
Michele: "Oh, I know we're just being honest." 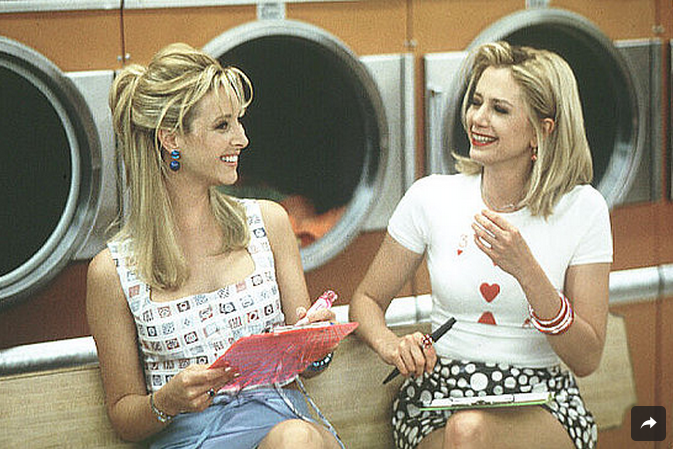 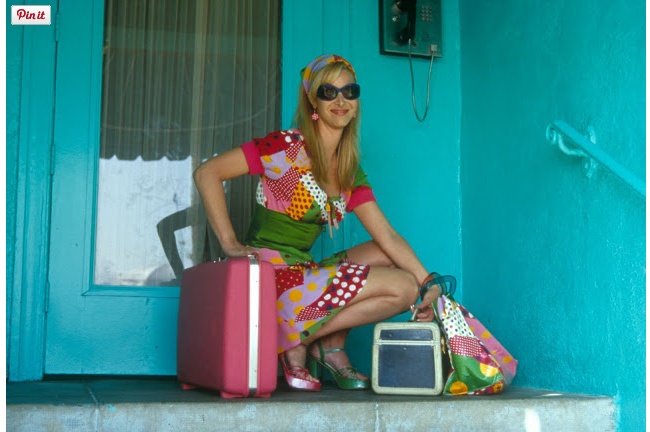 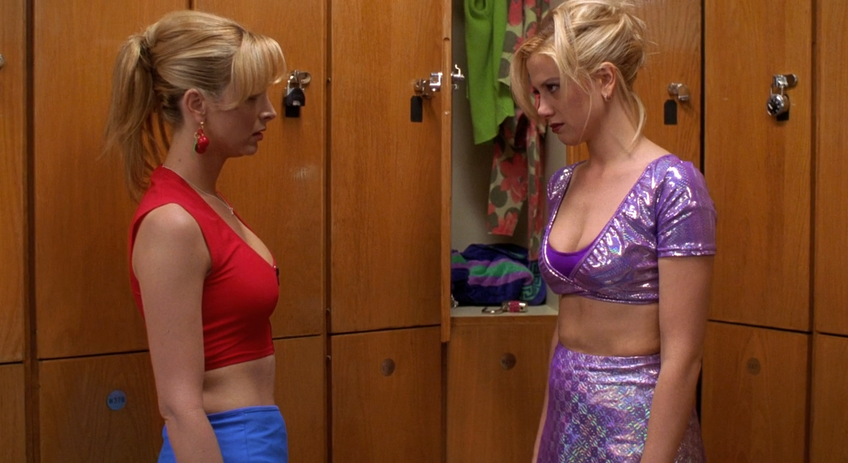 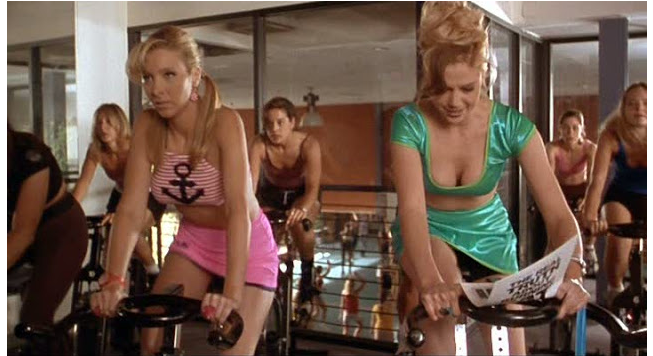 I am getting some Jeremy Scott / Moschino vibes from their workout looks. 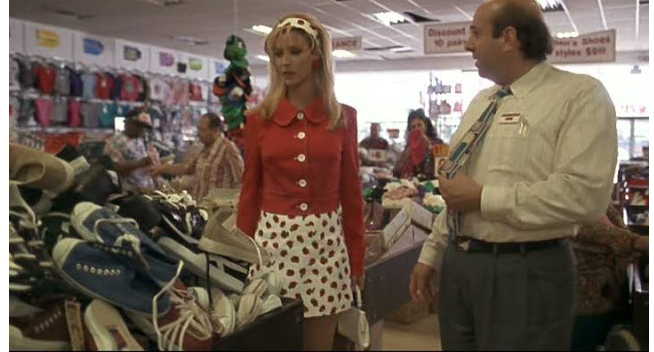 another important life lesson: If you have the choice of either being unemployed or working at a bargain basement, you choose unemployment. 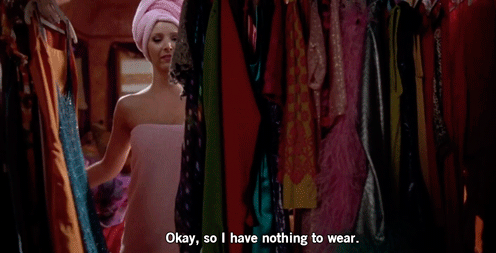 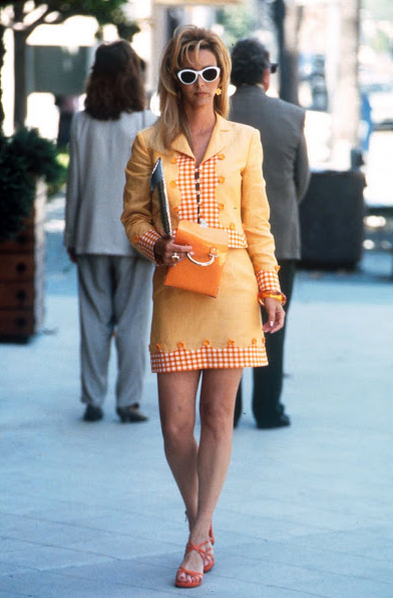 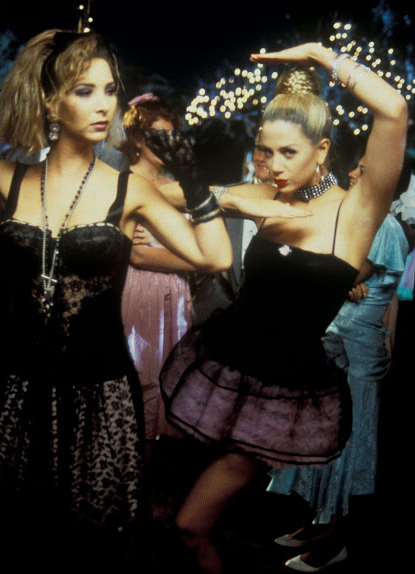 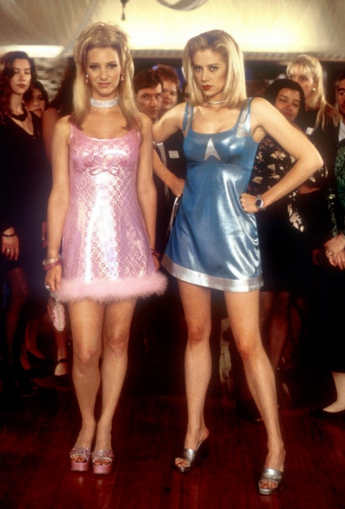 If you're noticing the similarity between the costumes in Romy & Michele and Clueless, it's because the two films share a costume designer: Mona May. 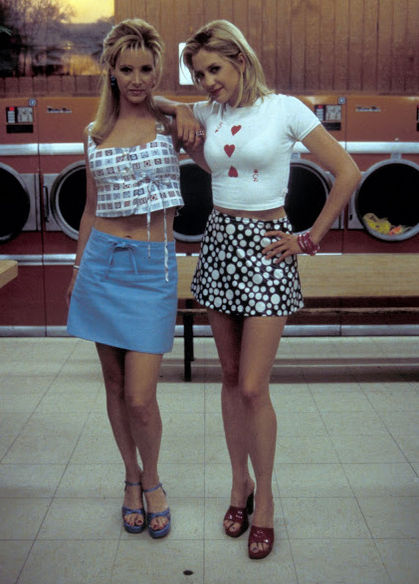