WHO WINS WHEN FASHION AND ART INTERSECT? 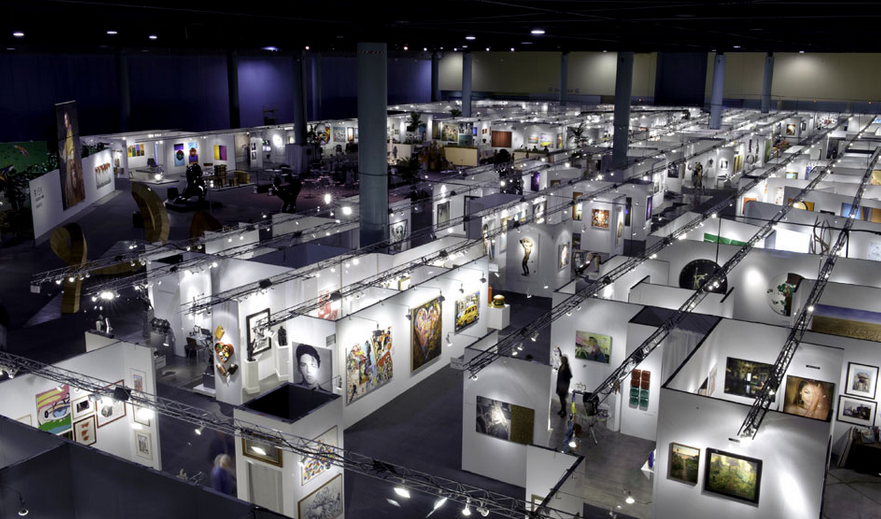 Unsurprisingly, the worlds of fashion and art have a lot in common. They’re both aesthetically minded industries that rely on the desire of wealthy patrons to strive for and support their continued growth. So it makes sense that the two would come together and lend their resources to each other when necessary.

Such is the case in Italy at the moment as many of the countries’ top luxury houses rally to aid in the refurbishment of many of its beautiful but crumbling monuments. However, while these brands may stress that their incentive to get involved comes from a place of cultural responsibility rather than a marketing push, ulterior motives may be at play. 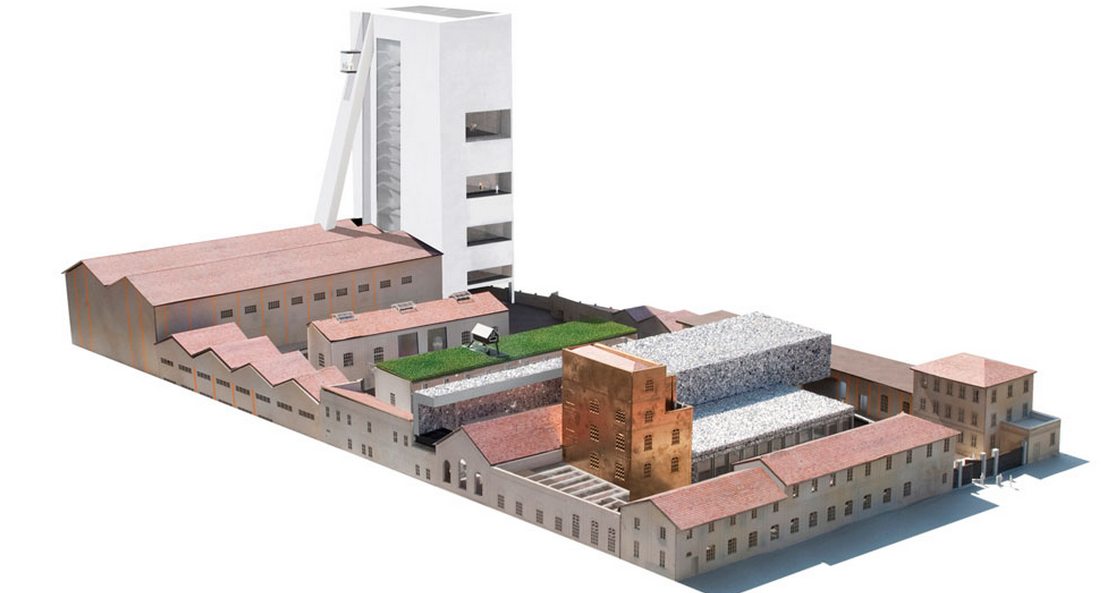 Fondazione Prada, a non-profit organization founded by Miuccia Prada and Patrizio Bertelli in 1993, is slated to open its newest wing on May 9th. The large exhibition space will be located in Largo Isarco, an area just south of Milan’s city center. The space, which was designed in collaboration with OMA and Dutch architect Rem Koolhaas, will consist of three main sections: an auditorium, a museum tower, and an exhibition space, all connected by a large open courtyard.

The Fondazione’s space will also feature a kitschy bar designed by film director Wes Anderson that is meant to resemble a traditional Milanese café. In addition to the exhibition space available to contemporary artists (in the past Prada has sponsored shows from the likes of Francesco Vezzoli and Steve McQueen) there will be ample room for special displays and events hosted by Prada. 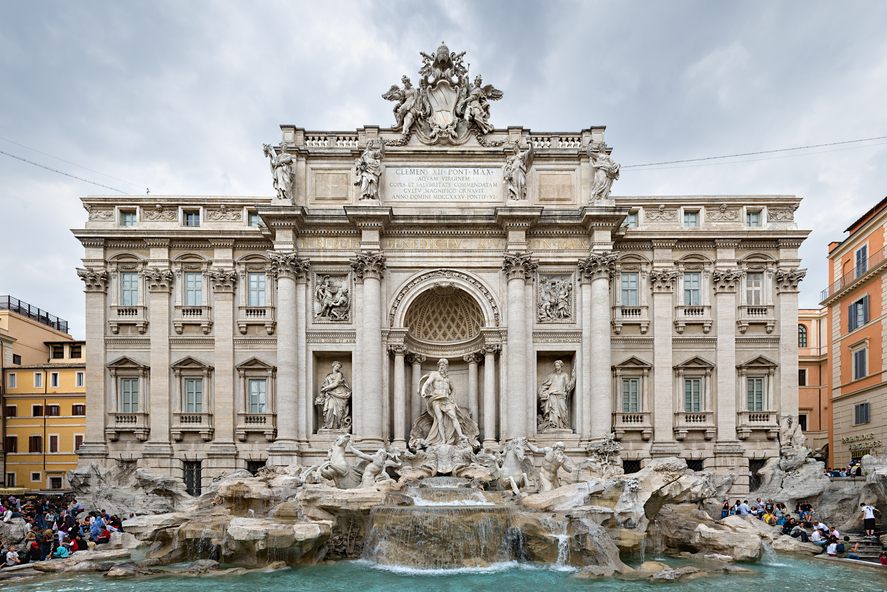 Also wishing to give back to its hometown, Fendi has partnered with the city of Rome as a part of their Fendi for Fountains venture. The most notable restoration will take place on the Trevi Fountain, the landmark made famous in Fellini’s 1960 film La Dolce Vita.

Pietro Beccari, Fendi’s chairman and chief executive, was struck by the idea while driving through Rome listening to the radio. An announcement asking for citizens to donate to the cause inspired him to take immediate action. “I asked the mayor to accept our offer, and he was extremely supportive of the idea.” Mr. Beccari says, “This is not any type of sponsorship. Of course it is marketing to show our wish to tie ourselves to Roman culture and to associate Fendi to Rome as a city that represents a lifestyle.”

Despite Mr. Beccardi’s claims that the project is not a PR-push, there will be a silver plaque mounted on the fountain for four years to acknowledge Fendi’s patronage. 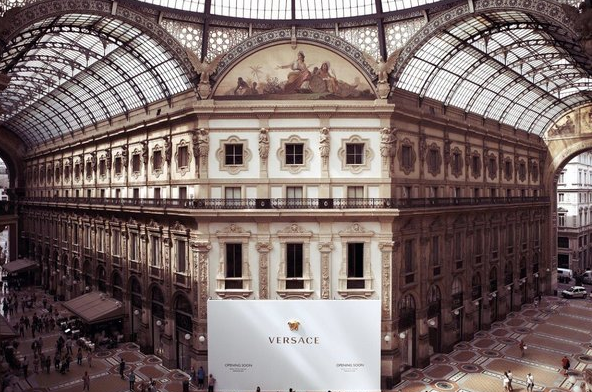 Versace has also laid its claims on Italian heritage by donating to the restoration of Milan’s Galleria Vittorio Emanuele II and opening a new boutique within it’s halls. The refurbishing of the century old landmark is expected to be completed by April 2015, just in time for Milan to host the Expo 2015.

While these brands represent the most recent contributions, many other Italian luxury houses have also been donating to myriad repairs/upkeep. 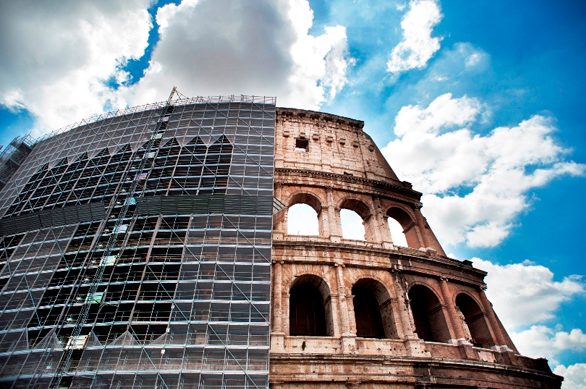 Ferragamo has been working with the famous Uffizi Gallery in Florence to reopen a number of its rooms for future exhibitions. In 2012, Tod’s donated a record $25 million to fix up the Coliseum. Bulgai, in recognition of the brands 130th Anniversary, donated $2 million to help with the necessary improvements of Rome’s Spanish steps, located down the street from their flagship store.

Preservationists and historians have expressed their skepticism about the consequences of these contributions. Their main concern lies in the potential threat of such donations to leading to commercialization of Italian heritage. Although both the government and fashion houses involved have made it clear that no advertising will be allowed on/near the actual monuments, there is still potential for profit margin. ““A brand cannot just showcase beautiful products and fashion shows,” says Mr. Beccari, “making a difference in the wider world is what divides a true luxury company from the rest.”

Wow this is awesome love the architecture!

What Fendi, Prada, Ferragamo and Versace are doing is fabulous! I love art AND fashion together, exhibitions and traditional buildings, with outstanding architecture! Would love to take a look at all!
DenisesPlanet.com