Take any given show during New York Fashion Week and you’ll the same mad dash for the door and race to make it to the next show or party on time. Once you see that first guest step out, you can expect at least a hundred other to follow at a franticly behind.
So goes the story of the Proenza Schouler Spring/Summer’12 show. One unusually warm night in early September depicts mobs of people, all dressed to the nines, outside 330 West Street; each one attempting to hail a cab or scooting into a waiting SUV.
For the next few days there will be talk of the ‘50s Americana inspired looks and the Elvis-style hair. There will be chatter on the subject of how nicely the looks fit into the overall retro feel of the spring collections. What won’t get as much press however, are the majority of the people sitting in the front row.
Understanding the ins and outs of the industry often starts with the knowledge of the people who govern it. They aren’t the people you see being featured in many magazines, but rather the ones behind the scenes. Take any large scale production and your likely to see the same cast of people front and center. There are the ones you know all about: Anna, Grace, Carine, Edward, Alexa, Joe, Glenda, Nina, Giovanna, ect. Then there are the ones whose names your hear and faces you see, but you don’t exactly know who they are. Take a look at the shots from pre-show mania at Proenza and you’ll see an entire crop of the so-called ‘lesser knowns’.
First up is former accountant/current front row staple Caroline Sieber. You often hear adorable accent (Austrian) before you lay eyes on the uber talented stylist. While she is often listed on international best dressed lists herself, its her work for others that warrants the most praise. Her impressive client roster includes many of today’s top celebrities. Most documented is her wok with Emma Watson. She is often cited as being the one to thank for Emma’s rise to style icon status. In addition to her styling work, she is also on the Costume Institute Gala Committee, and brand ambassador to Chanel.
Kate Young is frequently confused with the other popular bleached blonde stylist, Kate Lanphear. Of course, once you see their respective work its clear that the two occupy very different, yet equally cool, niches of the industry. Following the recent stylist-turns-designer trend, she has come out with a line of basics for New York based company Cardigan. To establish strong relationships with designers and make some extra cash, she does consulting and styles advertisements on the side. Her background has a firm base in editorial as she started out as Anna Wintour’s assistant, eventually moving to the position of market editor at Vogue. Though she has since left the full time editing position, she regularly contributes for magazines such as Teen Vogue, Interview, i-D, and Instyle.
I dare you to look up any photo of Lynn Yaeger and then try to forget her. You can’t. It’s a challenge to stand out from a crowd of professionally stylish wanderers during fashion week, but Lynn does just that. Her eclectic style is easy to spot both in what she is wearing and in what she is writing. It’s difficult to pinpoint exactly where Lynn’s style falls on the map, but she is basically what I imagine a grown up Tavi Gevinson to dress like. The former style reporter for the Village Voice is now a regular contributor to well respected fashion publications. You can read her critiques and witty phrasings most notably on the pages of Vogue and the New York Times. As any well versed industry veteran, she has seen it all. She always expresses her true feelings, no matter who she is bad mouthing, as long as it’s deserved.
Another fashion week regular difficult to forget is Purple Fashion’s founder and EIC Olivier Zahm. Both he and his work are very similar to that of American fashion photographer, Terry Richardson. Both Olivier and Terry keep online ‘Diaries’ profiling their work and recent expeditions. They each have their own signature pair of glasses (Terry’s plastic, Olivier’s sunnies) and they both have notorious reputations as womanizers. Though his morals are somewhat questionable, Olivier does have a way of elevating the typical playboy style into a high fashion concept. His “pornographic fashion” is especially suited for and well received in his native city of Paris.
Another Caroline in the industry is resident cool girl/editor Caroline Issa. Caroline is the marker editor and publisher of indie fashion mag Tank, as well as EIC of online magazine, Because. Canadian raised, London based, her repeatedly photographed style reflects that of her magazine: easy and chic with a kick.
Last of the Proenza fash-pack is Gaia Repossi. If the last name didn’t give you the hint, she is the artistic director of her family’s namesake jewelry line, Repossi. On top of her general duties as director and Italian socialite, she also designs her own collection under the company. If you see her at a show, it would be a fair bet to expect future collaborative possibilities with the brand. So far she has designed collections for brands with downtown aesthetics such as Alexander Wang, Zadig & Voltaire, and Joseph Altuzarra.
Back outside of the Proenza show there is still talk of Graceland and Elvis. Elvis was a brand; behind his image were multiple groups of people who had major influences on the creation of the American icon. Yet, as a whole they received little publicity or mention on their roles in the brand. You could argue that this is a metaphor for the ‘lesser-knowns.’ True, many members of this group may be overshadowed by the A-list of others, but ultimately they are the behind the scenes forces keeping the industry afloat. 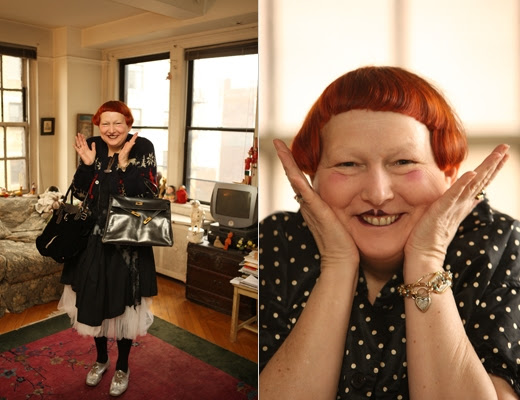 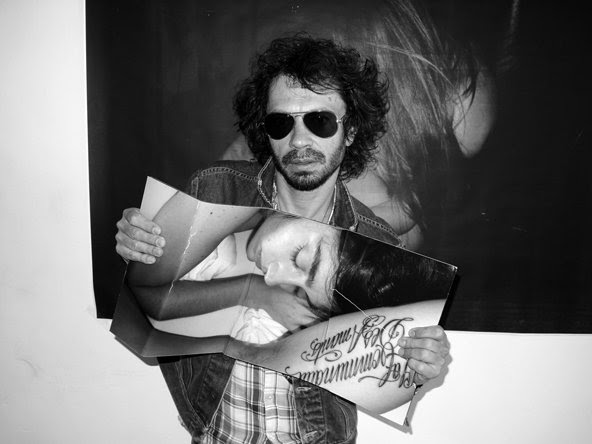 Lincoln Center September 2011
Can we just talk about how much I love the print of this skirt? Not really sure what it is. My interpretation of it is a gorilla holding a pearl necklace, and upside down space shuttles.
What do you see?

Last weekend my friend Erika and I did some serious winter shopping! I'm sure I've mentioned this before, but I love being able to go shopping with someone who also knows so much about fashion. It's great to bounce ideas off of each other, and to discuss the shop details, like models and designer influences, that other people would just pass by. We also ran into Jessica and Ashlee Simpson, who were incredibly nice despite what I'm sure was some sort of stuttering and random words strewn together on my part.

It's that perfect time of year when the leaves are all shades of gold and crimson and the weather isn't yet too cold for walking around (though I could do without the constant stream of Christmas trees on my dashboard.) I'm heading to New York next week and praying for a little snow (but no transportation delays.) I'm looking forward to seeing Daniel Radcliffe in How to Succeed, eating at the newly opened Lauderee on Madison, and paying a visit to GaGa/Formichetti's Barney's workshop.

My interview with the lovely team at Disfunktion magazine is up. It was my first real interview and it went really well so thank you to everyone over there!
You can check it out here.
3 comments:

"The thing about living in New York is that it's the fastest city in the world. After you've lived here, you can't live anywhere else because anywhere else is too slow and uninteresting." - Lyoka 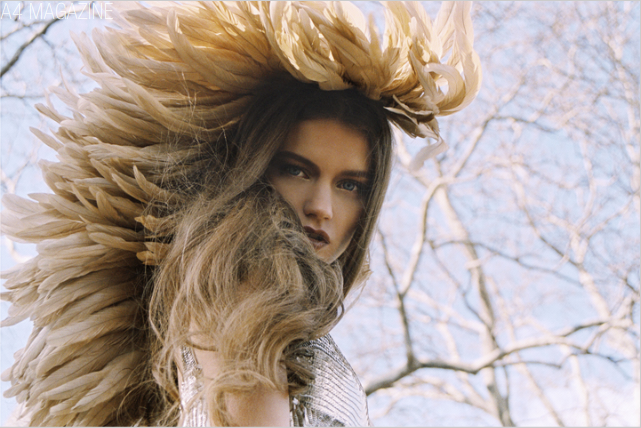 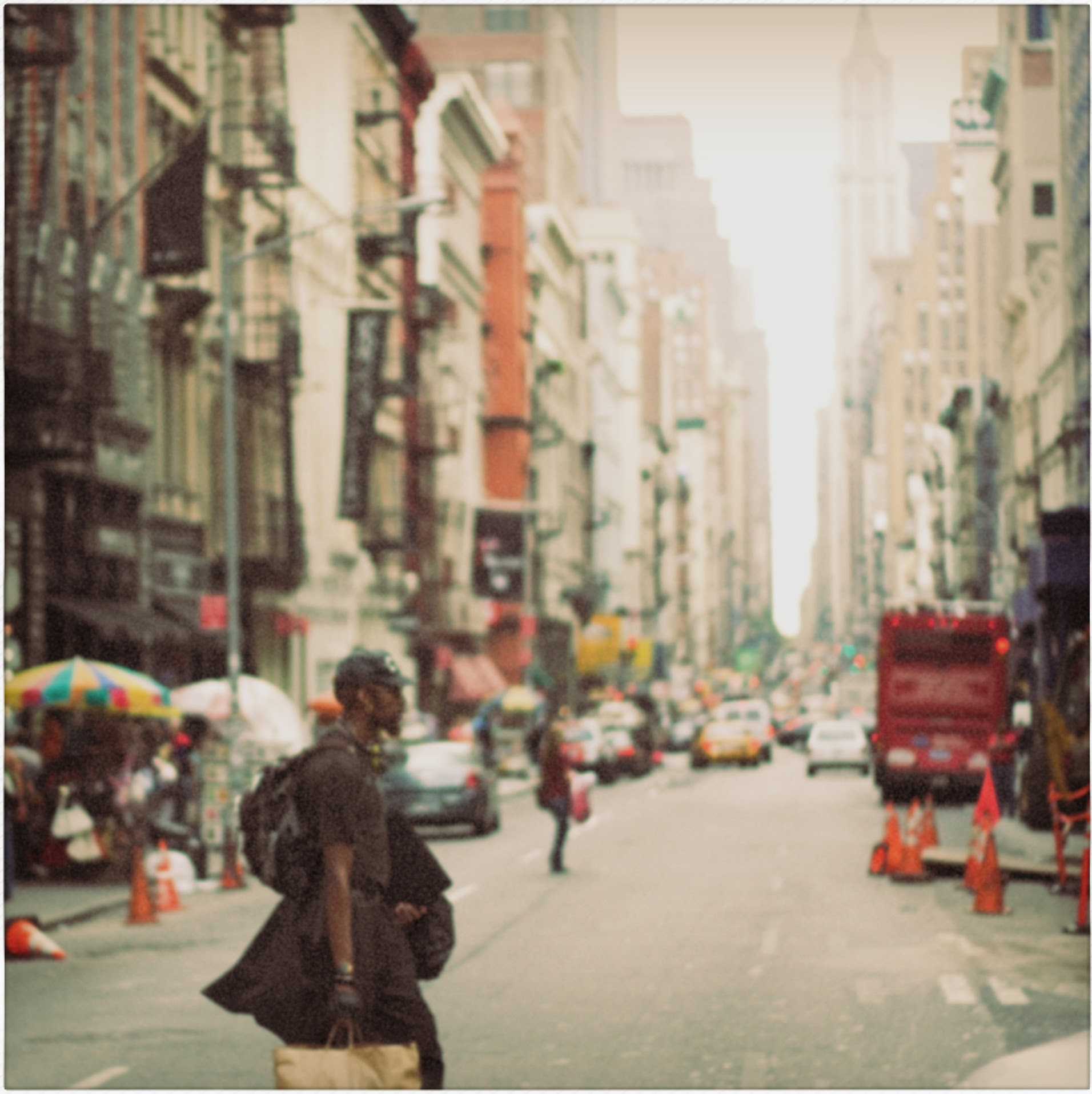 The 26 year old model, Lyoka Tyanereva, is a relatively new face in the modeling world. She was born in St. Petersburg Russia. As one of those faces that can go either way: edgy or girlie; young or old, she has been gaining a lot of attention lately. Recently she has appeared on the covers of Italian Marie Claire and Flair and well as Spanish Marie Claire.
3 comments:

Perfect Autumn outfit for window shopping with a huge cup of Pumpkin Spice Latte.
Or maybe what I'll wear to the Fitz & The Tantrums concert tonight!

I have had a bad day celeb wise. First I find out Justin Bieber may have a kid, and then I realize Lady GaGa shot an interview at my old school and a ton of people I know are in it.
Tomorrow could be better when Erika and I see Jessica and Ashlee Simpson!
4 comments:
Newer Posts Older Posts Home
Subscribe to: Posts (Atom)