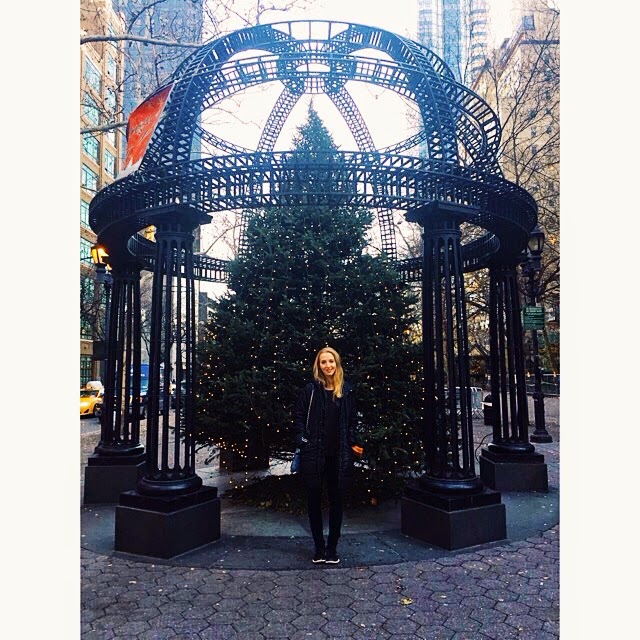 Christmas in New York: People come from all over to take that fabled walk down Fifth Avenue; to gaze at the magnificently decorated windows and marvel at the sparking string lights that seem to wrap every signpost and street lamp. Even the most jaded New Yorkers have to crack a smile at the witticisms of every department store’s theme(s) of the season. As my last adventure before leaving the city for the holidays, a friend and I decided to dedicate an entire day to strolling down Madison and 5th Avenue to witness the beautiful madness for our selves. 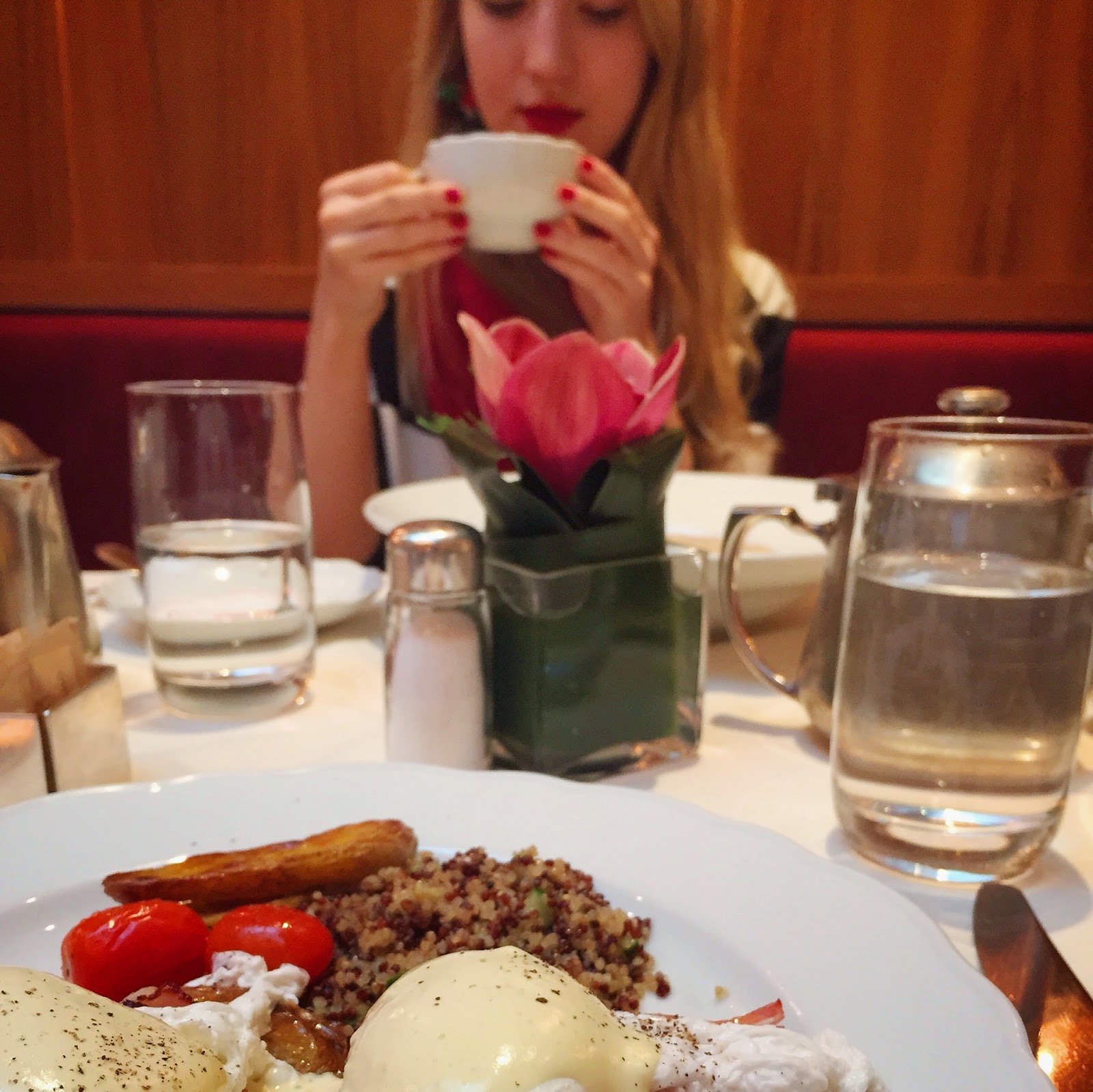 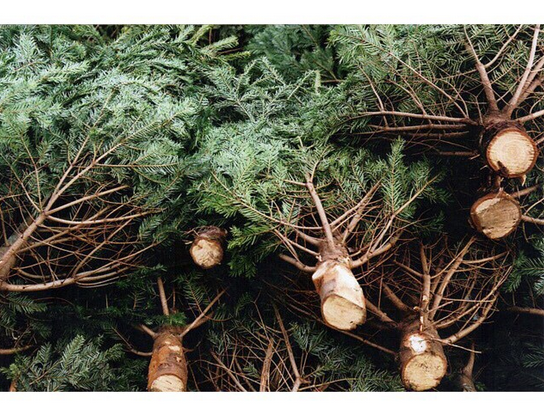 We started the morning over coffee and breakfast at Sant Ambroeus on the Upper East Side. Stuffed to the brim (pastries may or may not have been involved here) we fought every urge to wonder into each store that struck our fancy.

Nonetheless, we eventually made it down to Barneys where the ‘Baz Dazzled’ fanfare was in full swing. The theme for this year was a collaborative effort between the legendary film director Baz Luhrmann (With movies like The Great Gatsby and Moulin Rouge under his belt, you know that man has a petulance for over the top), his costume designer wife, Catherine Martin, and Barney’s own Dennis Freedman. 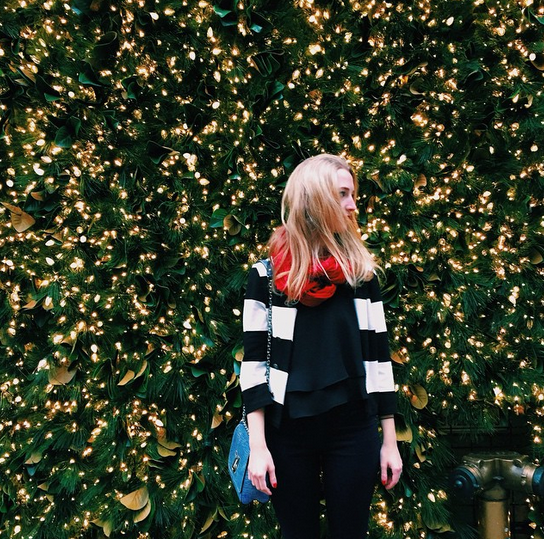 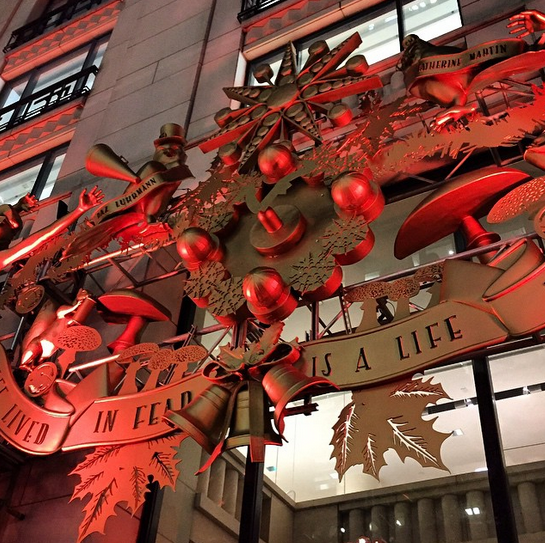 My first glimpse of Barneys’ 2014 display came a few weeks before Thanksgiving as I was walking home from a friends’ apartment late one evening. They had just finished assembling the golden arch of candy canes and woodland creatures. Centered above the main entrance on Madison Avenue was a crest of sorts with an inscription reading ‘A Life Lived in Fear Is A Life Half Lived.’ A nice sentiment to begin with, but this motto really struck a chord when paired with the final product. Baz’ magical world was full of mythical creatures, breathtaking ice skaters and sinister-looking mechanic snow owls. Windows in constant motion; the perfect reflection of an entirely different kind of character: the holiday shopper in their ever-moving states of hysteria. 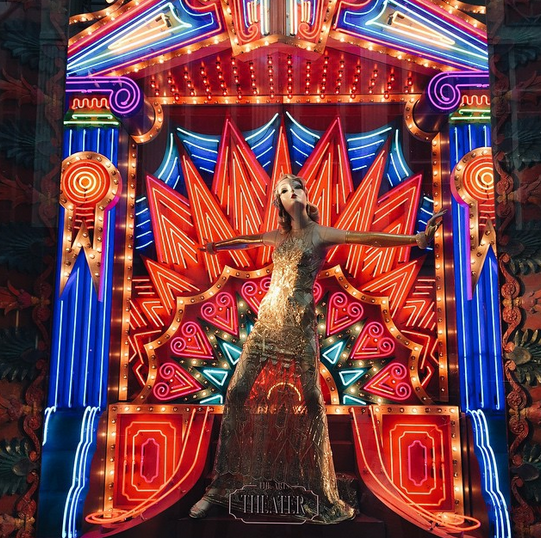 Bergdorfs theme of the year was simple. ‘Inspired.’ This single (albeit vague) word was the starting point for David Hoey and his team of visual merchandisers. They chose to take this concept and work it around a celebration of the arts. Hoey described the end result as an “Eight-lesson course in art appreciation.”

The main windows took on artistic endeavors such as literature, architecture, film, dance, and theatre. Simple enough. But as is to be expected with Bergdorfs, there was an added visual twist.

This twist came in the form of the unusual materials that were used to create each display. For example, the literature presentation was constructed entirely out of soft fabrics while the architecture window was made up on paper and old blueprints. The overall effect was bewitchingly pretty and is sure to linger on in the minds of anyone who has the luxury to see it. That is of course, if you can actually get past the throngs of tourists pressing their fingers and noses against the glass long enough to witness the spectacle. 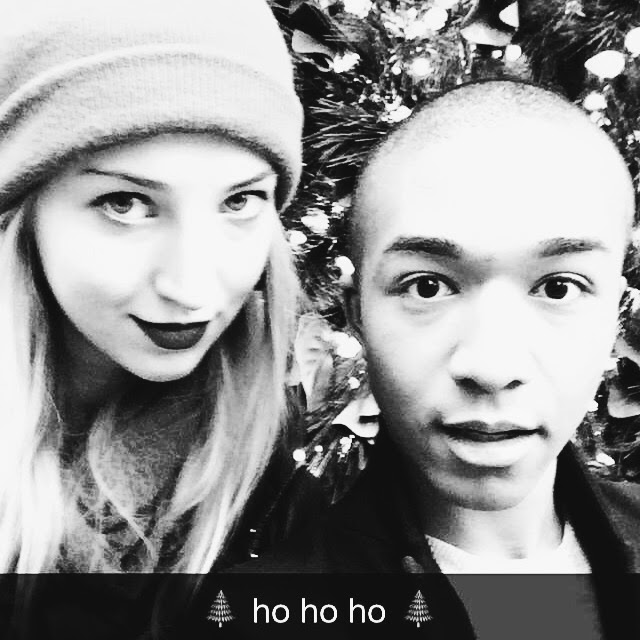 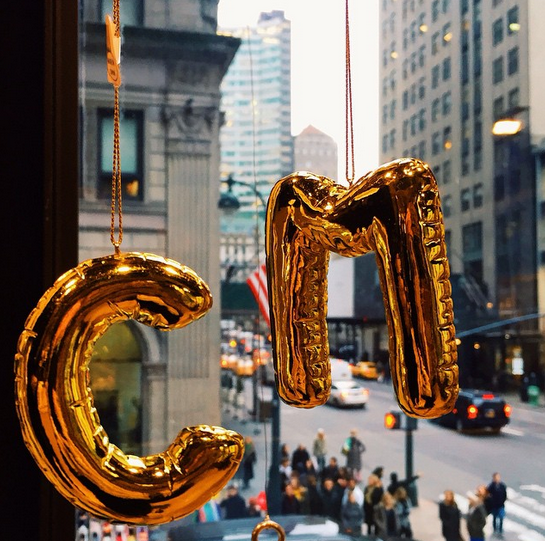 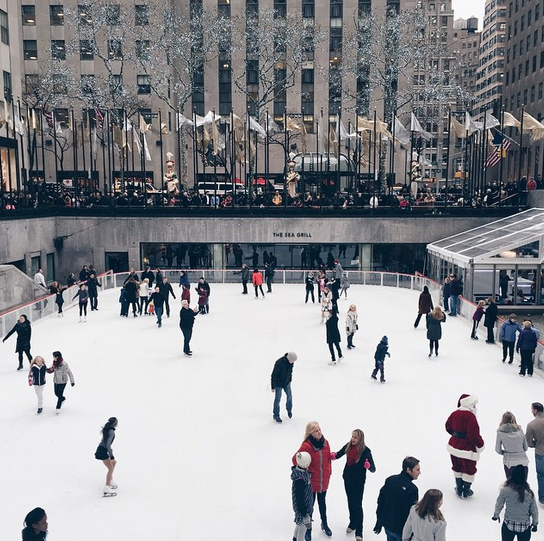 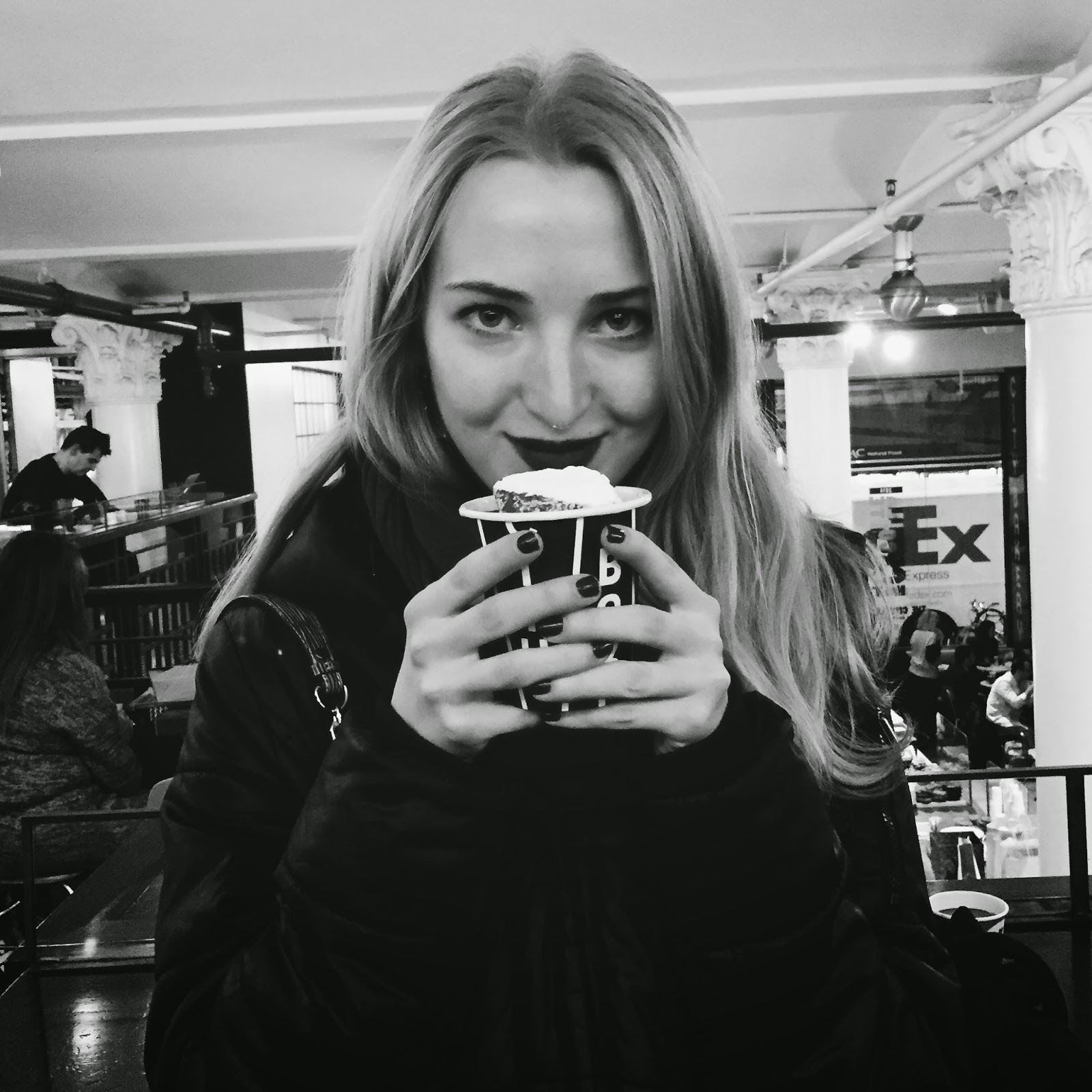 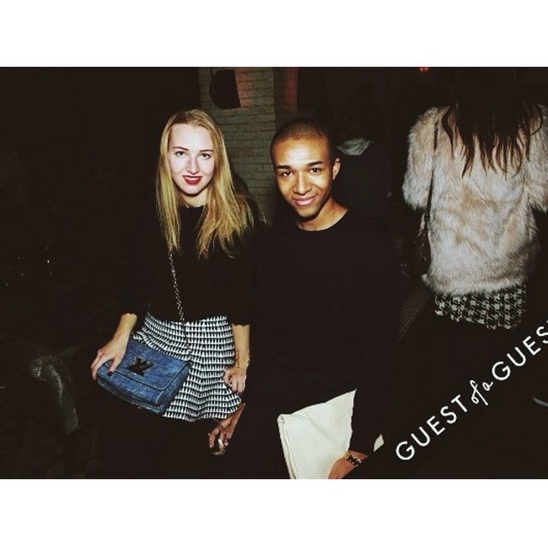 In the run-up to Christmas, the New York party circuit is positively brimming with social events. It’s as if the city was trying to reach its yearly quota before everyone packs up and heads down to warmer locations for the remaining tail end of 2014. One particularly eventful evening about a week ago had me running all over town from a book party to a fried chicken restaurant to C21’s newest outpost in FiDi.

The first stop of the evening was the newly refurbished Ludlow Hotel lobby hotspot, Dirty French for the launch of Gypset Living. The third book of Julia Chaplin’s Gypset series, published by Assouline, features the homes of eclectic personalities from around the globe. Not one to miss out of the opportunity for a themed party, the dimly lit hotel was quite a scene, filled with fascinating, downtown personalities such as Carolyn Murphy, Sean MacPherson, and Phil Winser. 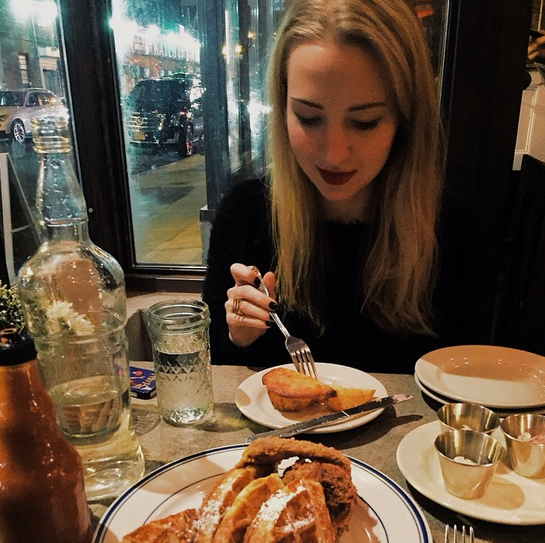 Upon exiting the hotel, we discovered that Sweet Chick, a Williamsburg-favorite fried chicken and waffles spot, had opened a Manhattan location right next door. This was clearly cause (especially after a few cocktails) for celebration! Besides, being late to the next event was but a small sacrifice for a taste of The General (fried chicken with general tso's sauce, rice and broccoli waffle). 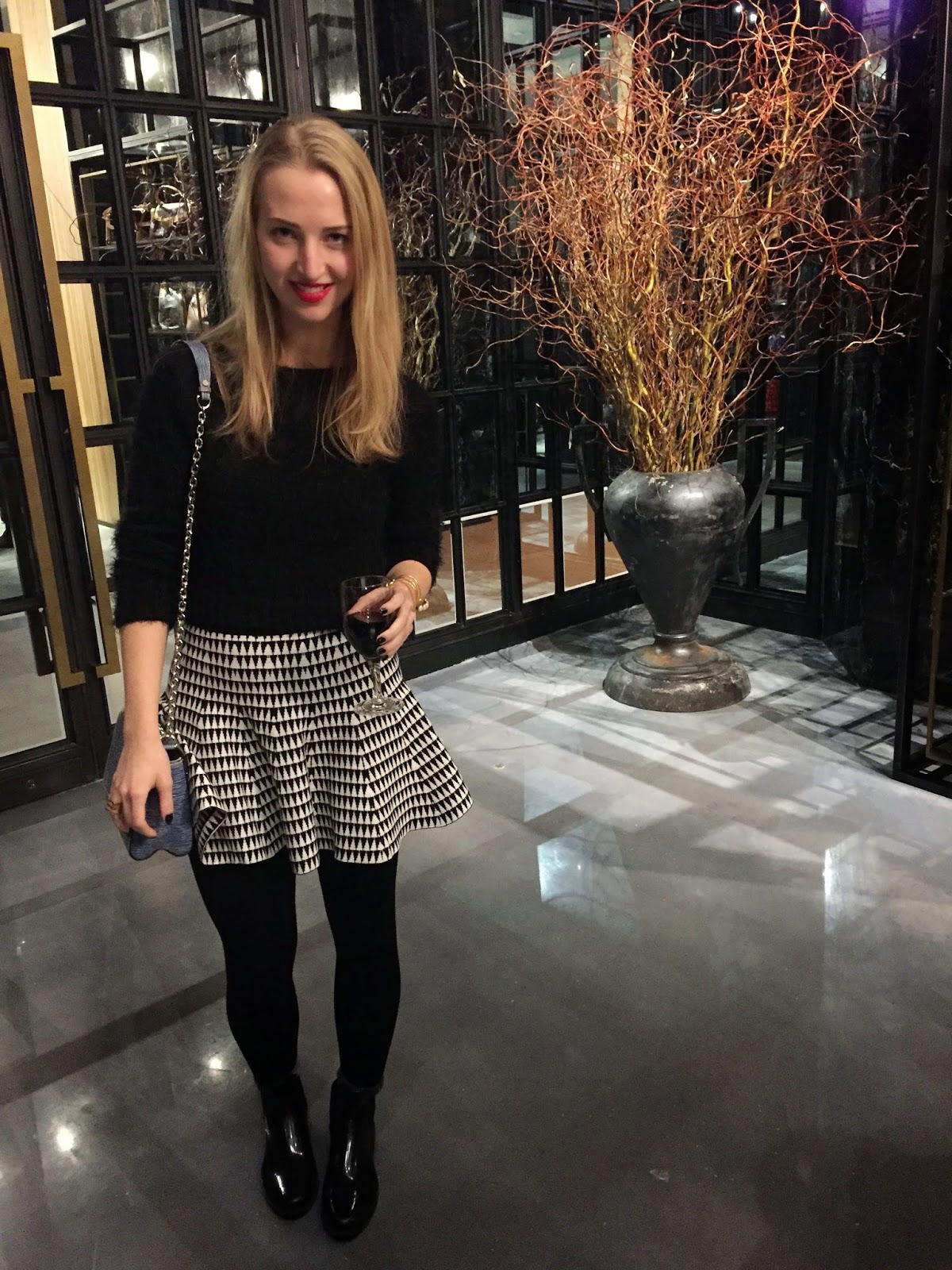 Next up was the LXR & Co. party celebrating their newest outpost at C21 Edition, Century 21’s first high-end concept store. For years I’ve had a tendency to shy away from Century 21. My prejudice was based on my belief that they mainly aim to target those mass quantity shoppers who constantly look as though they’re ready to bite anyone who might comes between them and a bargain (more power to them, but it’s not something I want to deal with).

However when I arrived at C21 (technically a separate store, but it is adjacent to NY’s massive Century 21 outpost) I was happily proven wrong. LXR & Co. is a vintage luxury boutique that specializes in beautiful pieces from the likes of Chanel and Louis Vuitton. With music by The Misshapes and various arts & crafts tables set up for party-goers to create customized accessories, the night was anything but a bust. I would gladly return to the store- something I’m glad I learned in time for last minute holiday shopping. 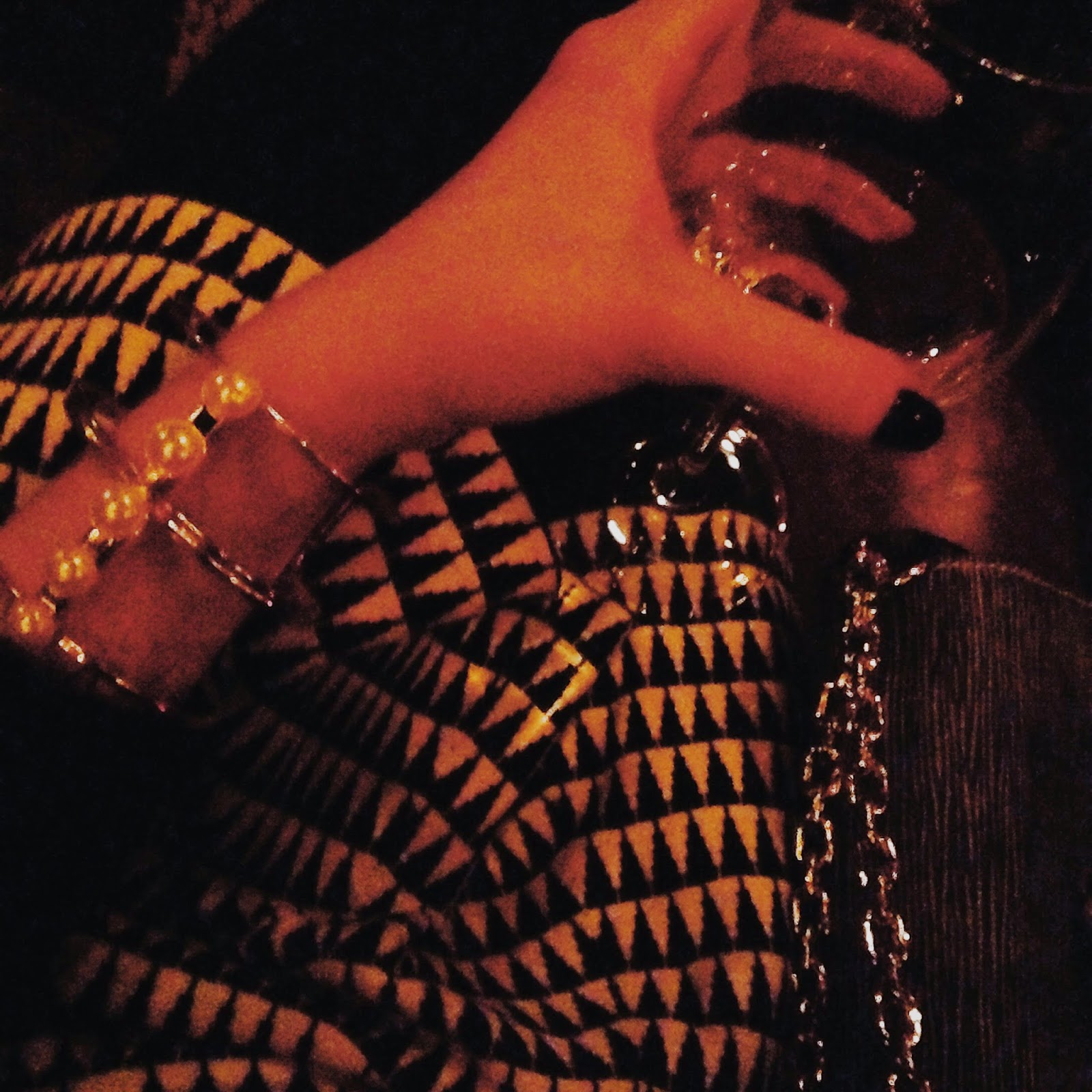 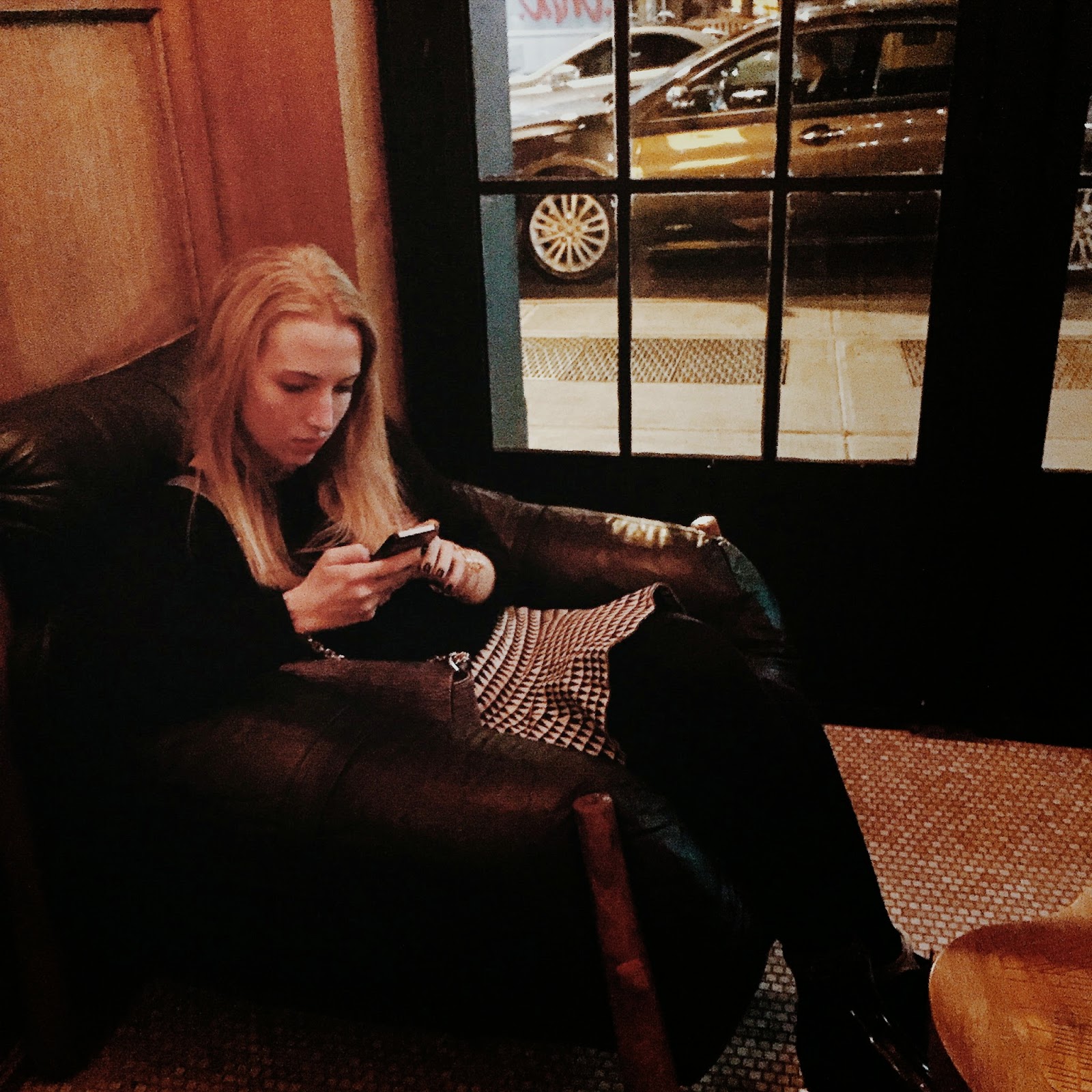