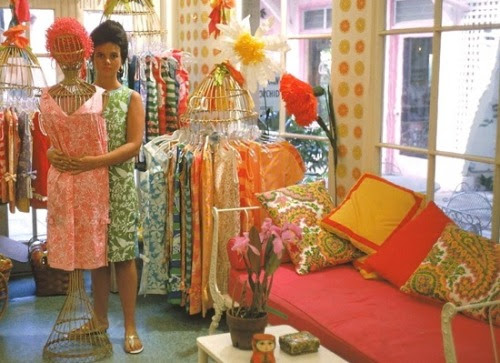 In my mind, Lilly Pulitzer is synonymous with two things: summer and sororities. As a born and bred New York, I have a tendency to rebuff all things that aren’t black. However, as someone who has spend the majority of my summers in the Hamptons (or the island of Ralph Lauren and Tory Birch), I’ve developed a bit of a soft spot for her preppy prints which have the power of evoking that early-summer sunny disposition… even in the midst of a rainstorm. 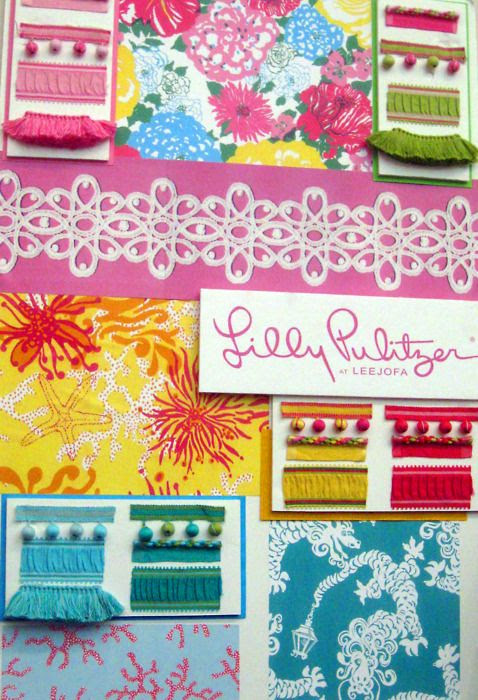 Sadly, the world lost a piece of that lit-from within personality when Pulitzer passed away a few weeks ago at the age of 81.  Her story has been rehashed many times, but it’s non-the-less impressive considering her unique initiation into the industry and the lasting legacy she is sure to leave.

Born to a wealthy family on Long Island, Pulitzer grew up with some of America’s most prominent future socialites including the likes of Jackie Kennedy and C.Z. Guest (Jackie was the first to bring Pulitzer’s clothes into the public eye when she donned a signature Lily print for a spread featuring the first-family published in LIFE magazine.) Pulitzer went on to marry Peter Pulitzer (of those Pulitzers) in ’52 whom she settled with in Palm Beach and went on to have three kids with before they were divorced in ’69. Somewhere along the way, Lilly dealt with bouts of depression, which her doctor attributed to her lack of purpose as a stay at home mom. After spending time in a mental institution, Pulitzer tried to deal with her illness by finding new ways to occupy her time. 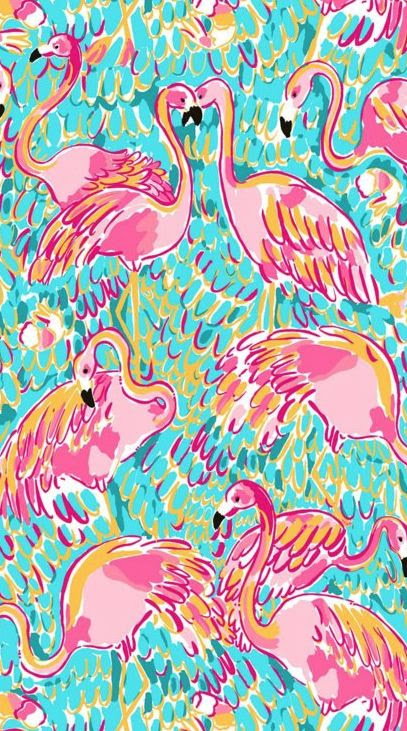 Her quest for fulfillment led her to take over a juice stand in Palm Beach, FL. What started as a fun hobby for the wealthy wife of a citrus farm owner turned into a lucrative career path. In attempts of concealing a few of the many stains she acquired on the job, Pulitzer started having her own dresses made with specially printed fabrics that were loud enough to make any accidental splashing appear as if it have been a part of the fabric. 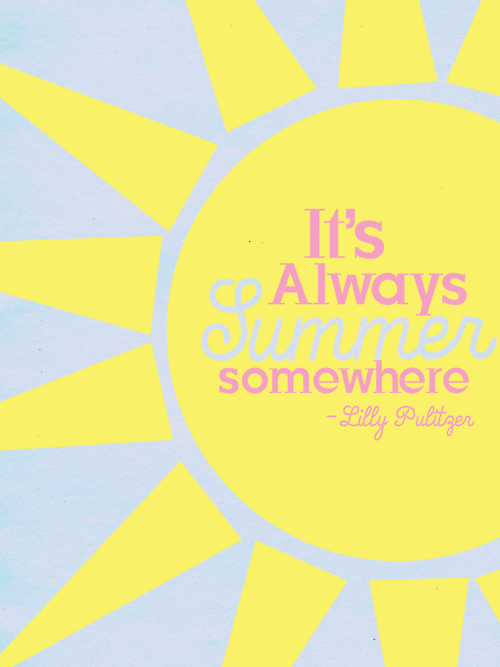 Her whimsical prints and beachy aesthetic have since inspired thousands of women to dance barefoot in the sand. That famous motto of hers, “life’s a party, dress like it!” goes hand in hand with her carefree lifestyle that she was able to share with anyone who walked into one of her stores or bought one of her dresses. Although at some point her company (in my mind at least) took a wrong turn and proceeded down the southern university town rout (one of the most common look for a girl at my North Carolina high school, for example, was a Lilly Pulitzer skirt, a Michael Stars top, one or two strands of pearls, and tan boat shoes. #notchictothenextlev). When done right, however, a Lilly dress has the same potential allure as do thoughts of summer vacation. When a woman buys a Lilly dress, it’s not the garment she’s after- it’s the Lily Pulitzer way of life. 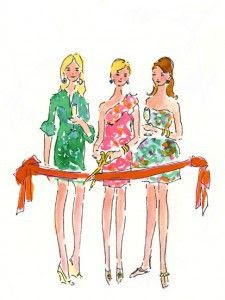 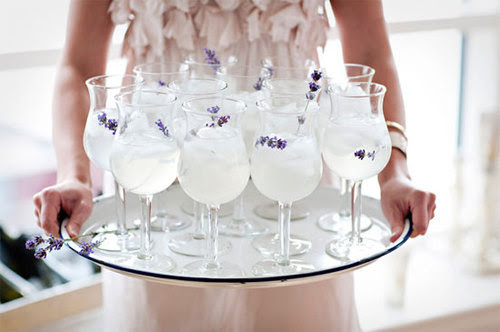 Spring has officially come to New York City, and everyone seems to have called in sick to enjoy this gorgeous weather. Personally, although I can only imagine how beautiful the Highline looks right now, I prefer somewhere a little less stressful to enjoy the sun's first outing of the season (even in the best of spirits, New Yorkers can get pretty nasty when it comes to vying for one of those coveted built-in chaise lounge spots up there.) Instead, I went way uptown to the upper-west portion of Central Park to take in the sun and peacefully The Sun Also Rises by Ernest Hemmingway (//Ralph Lauren's inspiration for his SS13 collection).

A few feet away from my own towel was a group of twenty/thirtysomethings having a very tumblr-esq picnic. Naturally my first instinct was annoyance- how dare they disturb my antisocial reading time!!- but this quickly morphed into mesmerization when I saw their curious looking drinks. After awhile it got the best of me and I had to ask them what it was exactly that they were drinking? 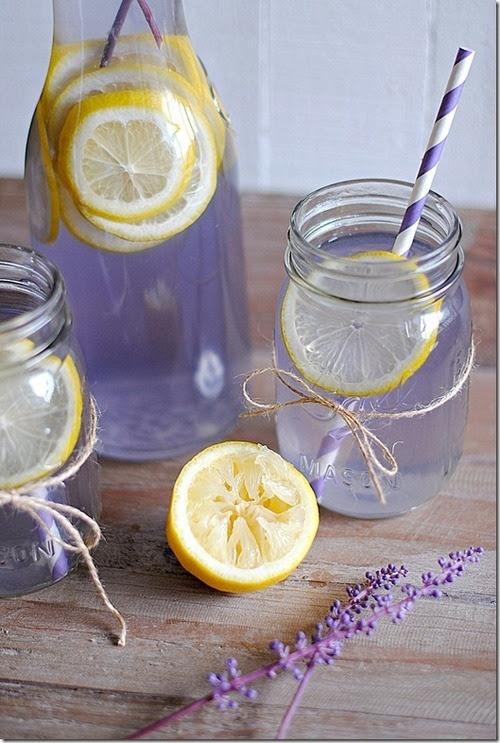 Lavender lemonade. I vaguely remember reading about it for the first time in a Vanity Fair interview with Taylor Swift. Honestly, I had no idea what was actually in this, but if it tasted nearly as pretty as it sounded, I knew I had to try it. Besides, when the weather gets to be in the low 80s like this, all I really want to do is relax on a roof/park/sidewalk and enjoy happy hour with a few friends.

Taking to the internet to satisfy my craving (dangerously easy access at all hours… especially when it comes to those 2am hankerings for fries) I found that, surprisingly, there aren't many options in the Manhattan area for this concoction. In fact, I could only find one: Cafe Fornant in Hell's Kitchen. While I'm sure it's a perfectly charming spot, I was in no mood to go to Hell's Kitchen (is one ever?) Instead, I decided to utilize the internet and the Whole Foods down the street in attempt to make my own version. I don't have my own kitchen yet (on a side note: I'm moving into my first solo NYC apartment in a month!!) but thankfully I found a simple-enough recipe on Joy the Baker (below, slightly modified) that called for little more than a pitcher, a friends stove, and a grocery store.

1 -over medium heat, mix 2 cups of water with the sugar (and nectar). Bring to a boil and stir.
2 - remove from heat. stir in lavender and honey.
3 - cover and let seep for 10 minutes. Strain out lavender (push buds into the bottom of the strainer to      get it all out)
4 - mix the rest in a large bowl and combine everything in a large pitcher. To give it the gorgeous lavender color (let's be honest, most of the reason we want to drink this is because it's pretty) I mix in a few drops of blue and red food coloring - chill in refrigerator.
5- **serve in mason jars on a rooftop in Nashville, SoHo or the W.Village over ice and garnish with lavender and sliced lemons.** 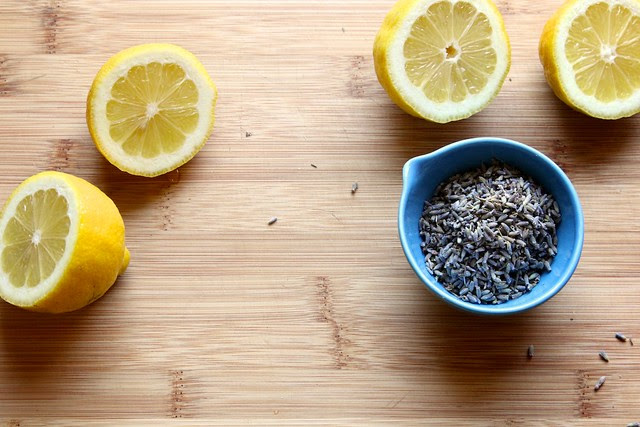 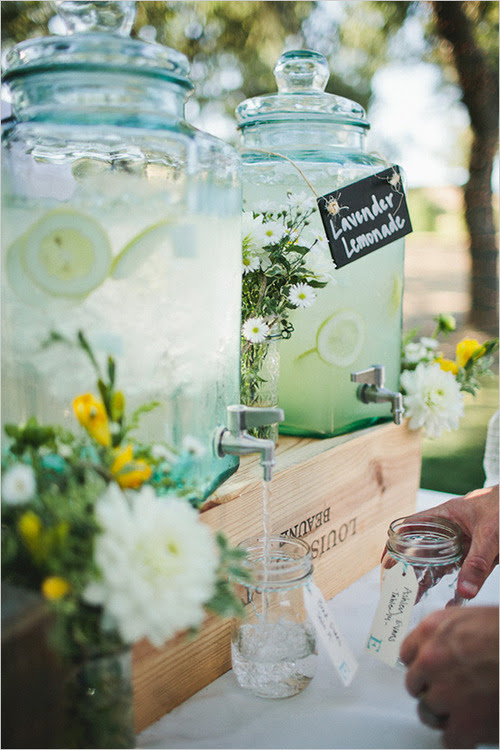