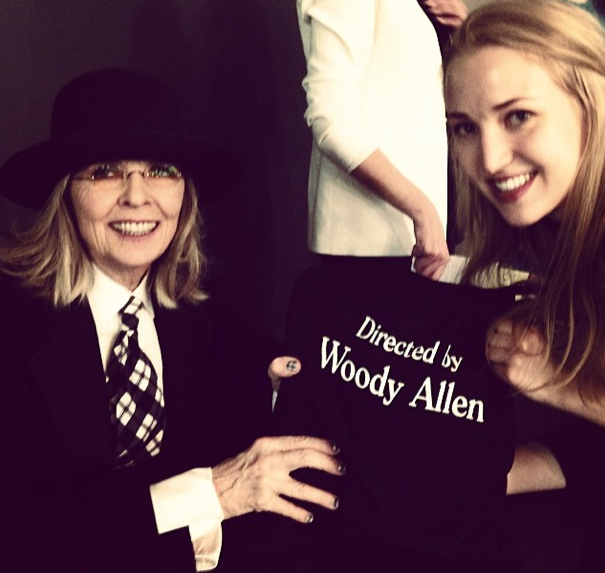 It’s not everyday that one gets the chance to encounter a personal icon. When I heard about an opportunity to do just that on a recent afternoon, I was immediately hit by a wave of adrenalin- I needed to be there. It was with that mindset that I ended up at Barnes & Noble in Union Square last week, four hours early for a scheduled talk with Ms. Diane Keaton.
As my glutes began to get sore from sitting for so long, I took a look around the room and realized that I was something of an anomaly in the crowd. With the exception of one or two others, the group’s median age was largely 40-plus. I suppose this was to be expected as the majority of Diane’s greatest films were released in the ‘80s and ‘90s, long before I was even considered. And yet, here I was, a relatively average teenager, visibly more excited than anyone in the room.
Considering this fact as I subtly attempted to stretch without risking the loss of my seat, I began wondering why I felt this personal connection to Diane. Why not someone like Meryl Streep (whom for the record I also admire, but don’t feel the same kind of attachment to)? It’s difficult to translate my feelings into comprehensible words, but this personal (one sided) relationship with Diane, while hard to explain, is easier to understand in terms of her two spheres of existence in my mind: Diane Keaton the personality and Diane Keaton the representative. 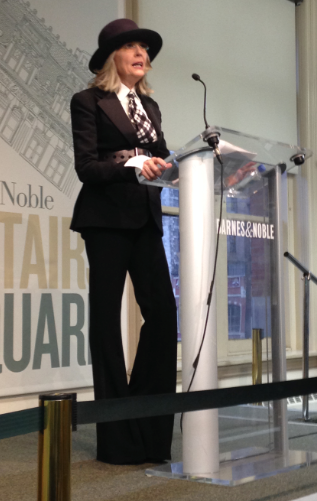 I didn’t grow up watching her movies. Like most of my obsessions, it manifested itself quickly and extremely, resulting in a number of days spent binge-watching nearly all of her films. Before this my only experience was with her name. I had previously heard it tossed around with cliché hyperboles like ‘legend’ and ‘royalty,’ etc. etc. Despite my knowledge of these pre-existing titles, the first time I saw her on screen (in Manhattan Murder Mystery) I’d felt that I had finally been let in on some inside knowledge or discovered a hidden gem. But this is all part of her rare allure. One of Diane’s many skills is her ability to connect with audiences on that personal level- whether she is speaking to a crowd or performing a monologue, it feels like she is talking to you directly.
The first thing one notices about Diane is her unique style. I have yet to see anyone work a pantsuit with that kind of pizzaz or bravado. To appear in public at 68 (or any age for that matter) looking as chic as Diane does every day is an enviable achievement in and of itself. She continues to inspire designers and stylists with her unique quirks such as the constant presence of her signature wide-brimmed chapeau or her more recent preference for plaid applique nails.
Her ‘it is what it is’ attitude is a breath of fresh air in traditionally fickle industry, especially when it comes to the aging process. While she is still human and faces insecurities like the rest of us, it’s her laissez faire approach to those everyday issues that is most inspiring. 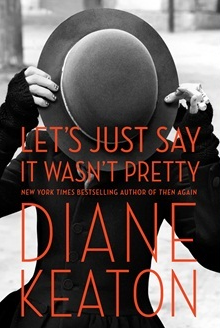 Her candor is another one of those admirable qualities she possesses in spades. Diane Keaton is nothing if not blunt. It’s hard to say whether or not her policy for honesty has developed, as she has gotten older but these days she is truly an open book. After reading from her newest novel, Let’s Just Say It Wasn’t Pretty, she announced that she would be taking questions – any and all that we might have.
Delivering on that promise, she answered more than a few absurd queries. My personal favorite came from the requisite gay fan-girling in the back. In a moment of sheer absurdity he asked Diane what her favorite Beyonce song was. After a moment of dismay, she broke out into the chorus of ‘Love On Top.’ So that happened.
Another topic she was bravely open about was her love life. While I can’t say that aspect of her life that has particularly fascinated me over the years (beyond how it related to her working relationship with Woody Allen) it was interesting to see how she handled the subject. She admitted to having had an unrequited crush on Jack Nicholson for many years, but is grateful nothing ever happened as the two are now very close friends and neighbors. Keaton has been a part of many highly publicized and talked about relationships over the years, but has chosen never to marry. “I never found a home in the arms of a man,” she explains. 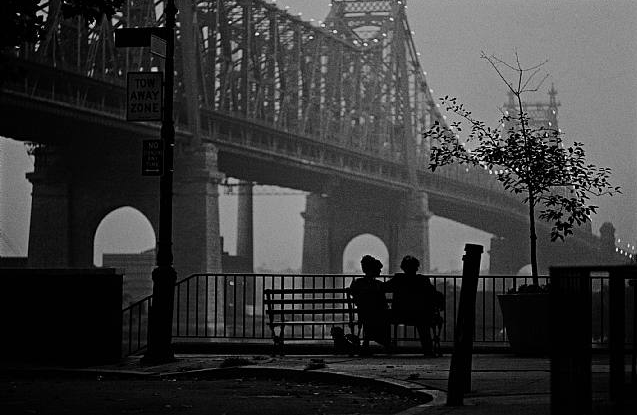 My particular affinity for Diane Keaton goes beyond her celebrity, even beyond her personality. In my mind Diane Keaton represents the spirit of my New York, albeit one I haven’t actually experienced myself. Thinking of Diane induces a wave of nostalgia for the New York that Woody Allen immortalized in the opening lines of Manhattan, “to him, no matter what the season was, this was still a town that existed in black and white and pulsated to the great tunes of George Gershwin.”
Looking at a picture of her or even hearing her voice makes me long for rainy autumn afternoons spent roaming down Second Avenue. I suddenly and inexplicably start to miss that lukewarm coffee from the ambiguous corner deli and the relaxing feeling of tucking into a slice of cheesecake at a sleepy diner after a long day.
Those things may exist in real life, but it’s not really the physical actions that carry any meaning. It’s about the emotions they stir up inside. These emotions are the same ones that I feel when I watch Diane on screen, especially in a Woody Allen production like Annie Hall or Manhattan. Though she is no longer a New Yorker by geography, she remains the epitome of New York to those who still idolize New York out of proportion.
2 comments:

Terry Jones, i-D’s creator and editor, who started the publication as a punk fanzine in the early ‘80s, has gone to great lengths to maintain the founding principles as the media landscape shifts. 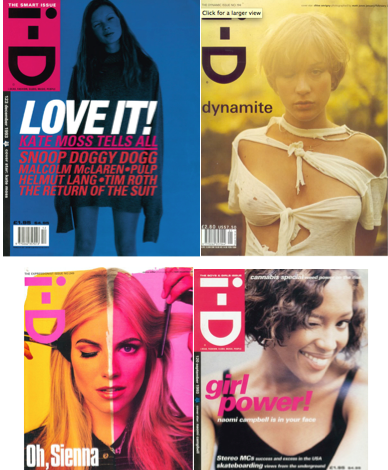 Ironically, i-D has long been the most popular choice for offbeat fashion magazines. Efficiently working to stay connected with the streets (“real people” in “real clothes”) rather than becoming another industry rag, i-D has made a name for itself by contextualizing trends for a more diverse audience. Terry Jones, i-D’s creator and editor, started the publication as a punk fanzine in the early ‘80s. Since then Jones has gone to great lengths to maintain the founding principles as the platform continues to transform. 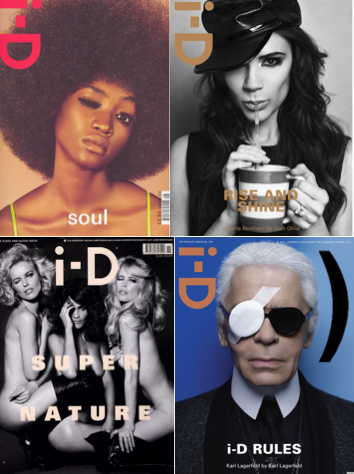 I was recently assigned a project where I was to choose any publication and trace its evolving aesthetic. While I will say the fact that i-D has only been around for thirty years (as compared to Vogue’s 100+) may have played a role in my decision, I was mainly attracted to their unique method of documenting rather than forcefully creating. Their steady development acts as a social marker for the times and their covers play out in a similar fashion.

Tracing the covers from 1980 to pre-spring 2014, the most recent featuring Ms. Edie Campbell offers a fair representation of not only what was happening in the fashion world, but the whole of pop culture. From the exposed curves of ‘80s-era bombshells to a pre-pubescent Kate Moss and her dangling limbs circa 1993, i-D was the first magazine (along with now-defunct The Face) to truly hold up the mirror to what it saw. 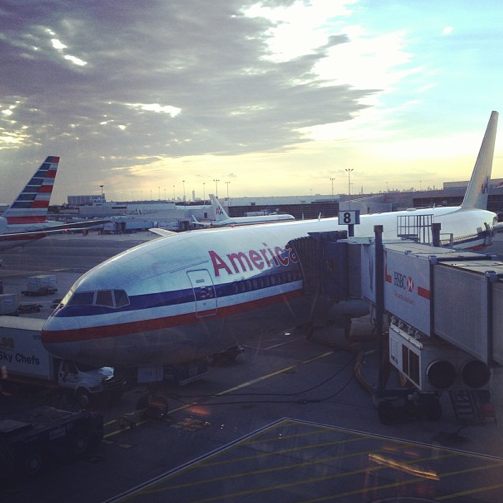 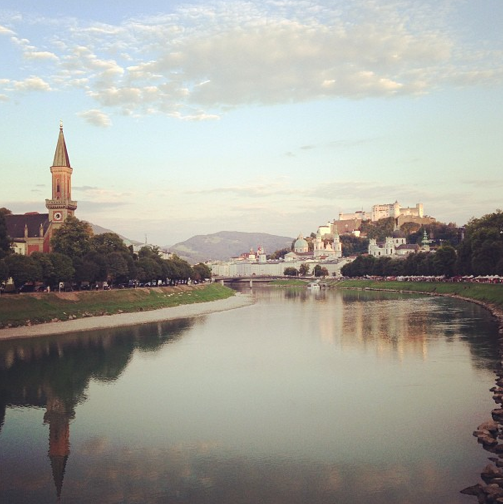 It’s hard to believe how quickly summer is approaching. As these last few weeks of spring come to a close and my fingers and toes finally defrost after that brutal winter, I’ve made Salzburg, Austria my chosen home base before heading back over to Martha’s Vineyard for some manual labor (although with the beach and friends to keep me company, it’s really not too shabby of a deal).

Salzburg is a bit of a sleepy, storybook town. It’s less than a three hours drive from Vienna, but despite their proximity and heritage these are two entirely different cities. Just a couple of steps off of the main avenue you’ll be met with a maze of side streets and quiet storefronts that will make you feel as if you were the first to have made this wonderful discovery.  The private homes, reminiscent of the fairytales you read as a child, are incredibly ornate, often painted in pastel hues featuring every shade of the rainbow. And perhaps the most charming feature of all are the townspeople themselves who center their livelihoods around the glittering Salzach River that splits Salzburg down the middle. 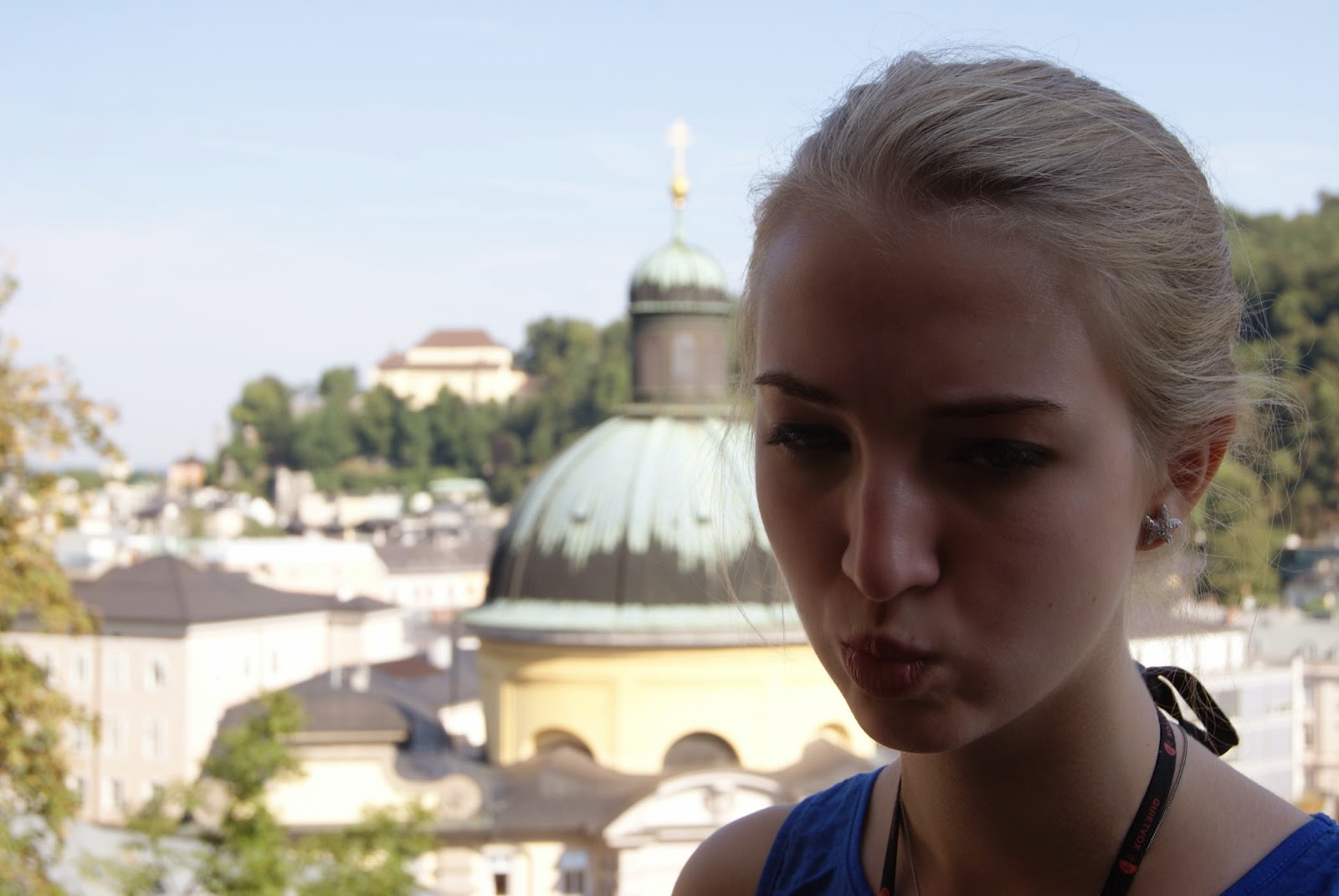 The most common draw for tourists is the sound of music: be it in the form of the many classical composers who have called Salzburg their hometown or the famous Von Trapp family who served as inspiration for the 1965 musical. As someone who has seen this film more than her fair share of times I was eager to see some of the filming locations. Way too excitedly, I decided to embark on one of the many ‘Sound of Music’ tours the city has to offer. 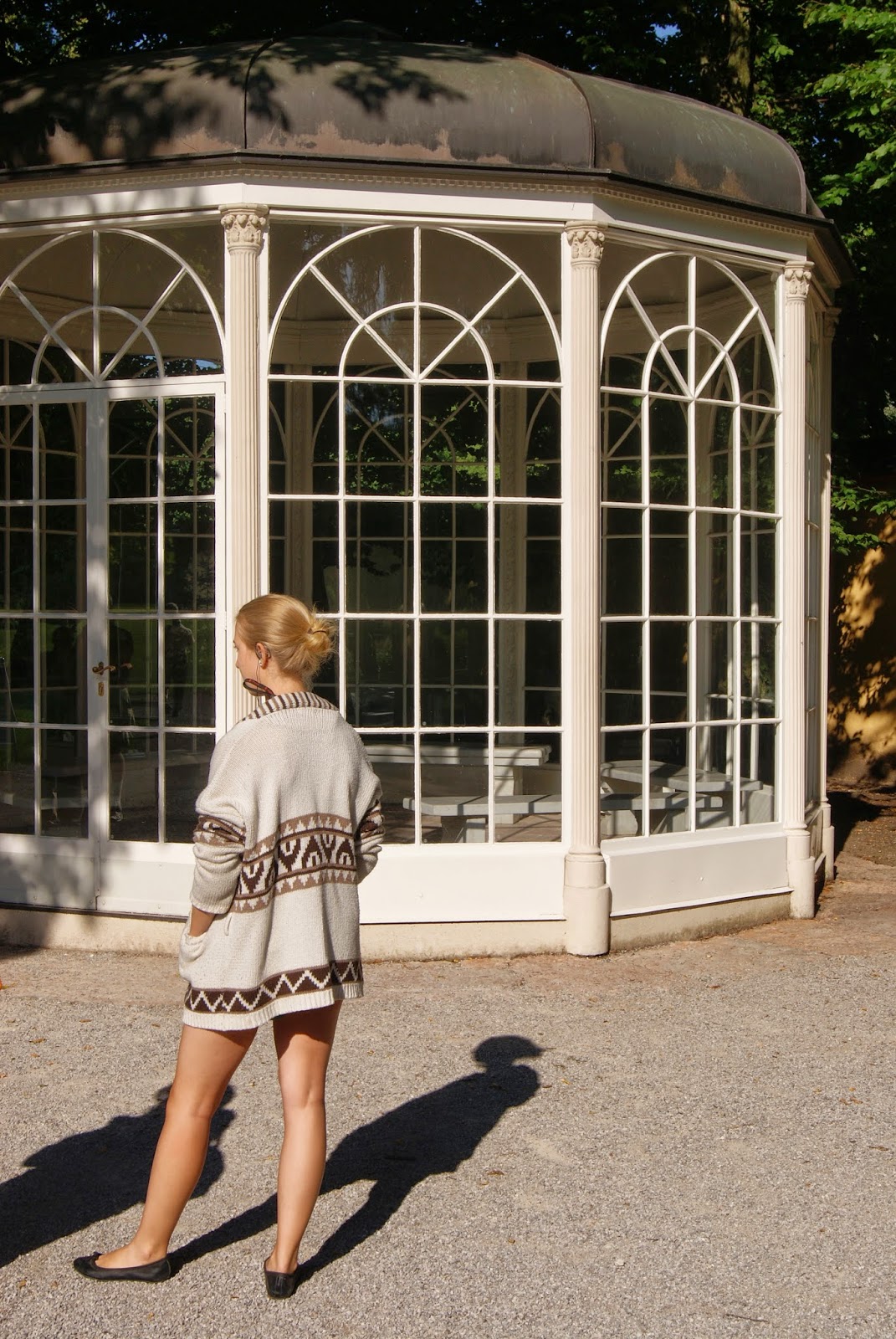 Despite the fact that the tour guide was a 70-year-old who couldn’t climb stairs due to a “bad hip” and constant professions that she hadn’t actually seen the film since the ‘80s, I was definitely geeking out. We went to the actual gazebo where Liesl and Rolf sang ‘I Am 16 Going On 17’ and the long path leading to the house where Maria would ultimately find her true calling. The best moment by far though, happened at the nunnery who had originally sent Maria away. Located at the top of a very steep and winding set of stairs (meaning no guide to accompany us), the nunnery, which is still in operation, was available to visitors. What with my complete lack of manners or sense of social cues, I forgot we were meant to keep quite once inside. To my delight, I was shushed and lectured (I think that’s what she was doing, it was all a mess of raspy Austrian babble to me) by one of the praying nuns. Just like Maria! I can die fulfilled now. 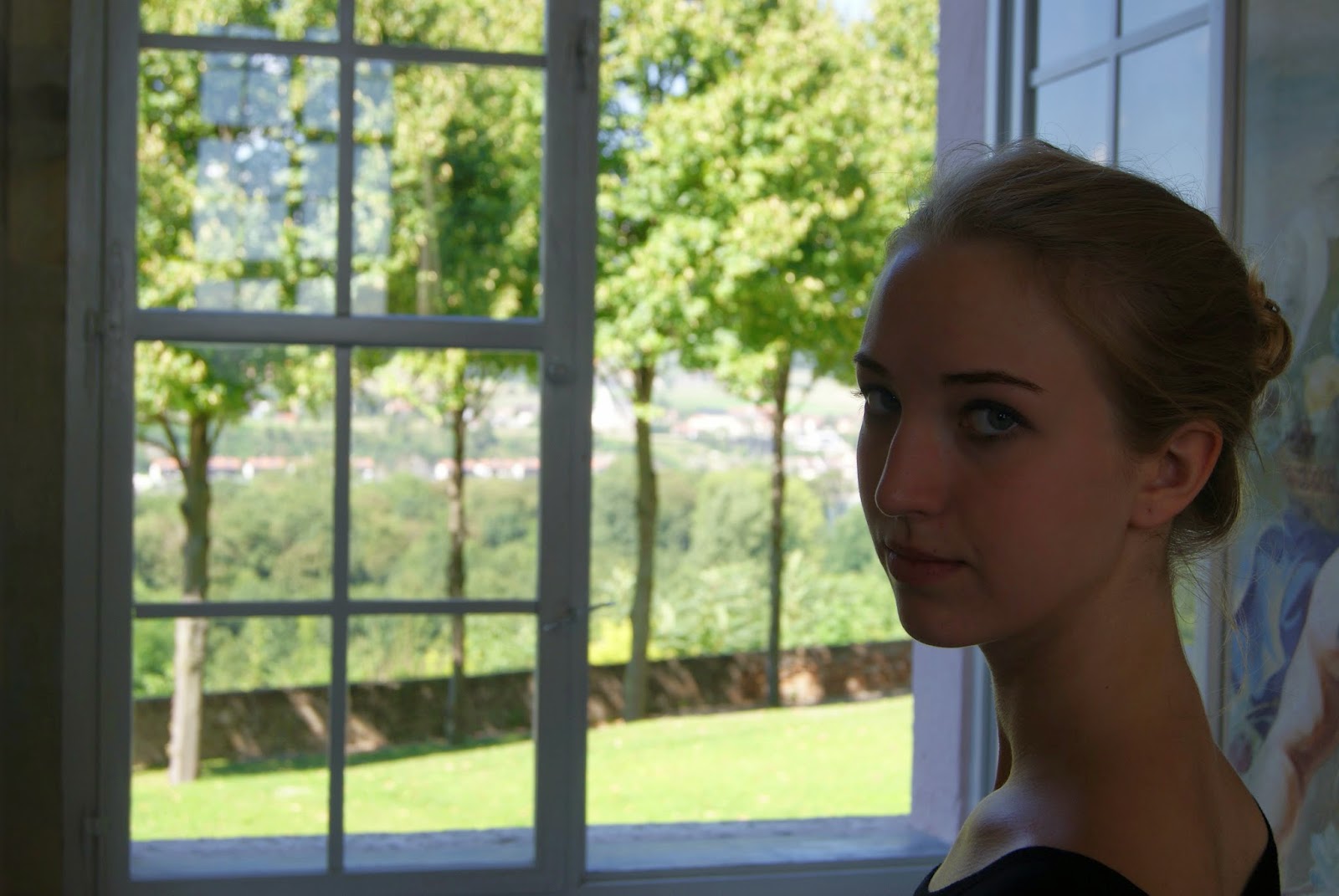 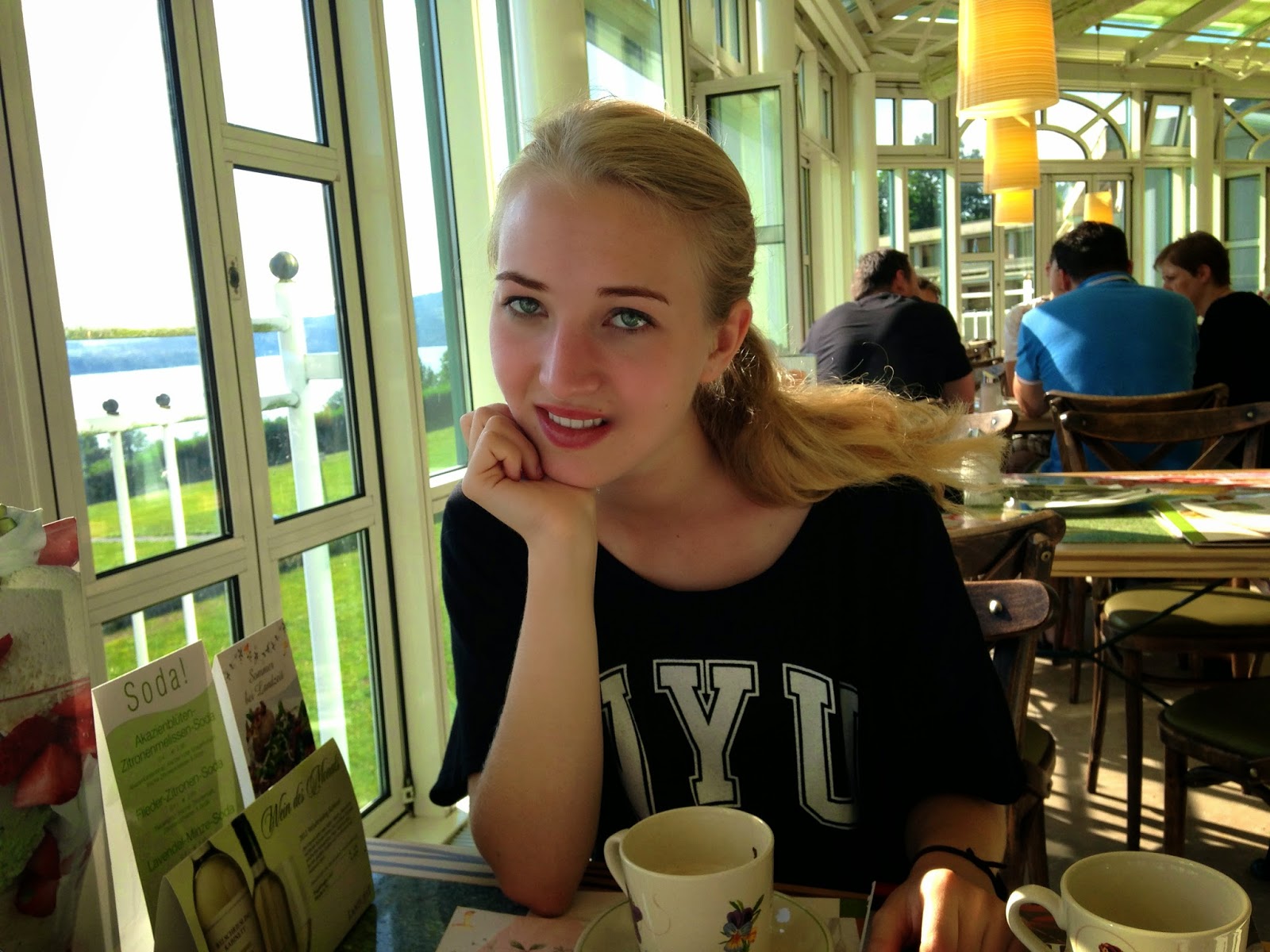 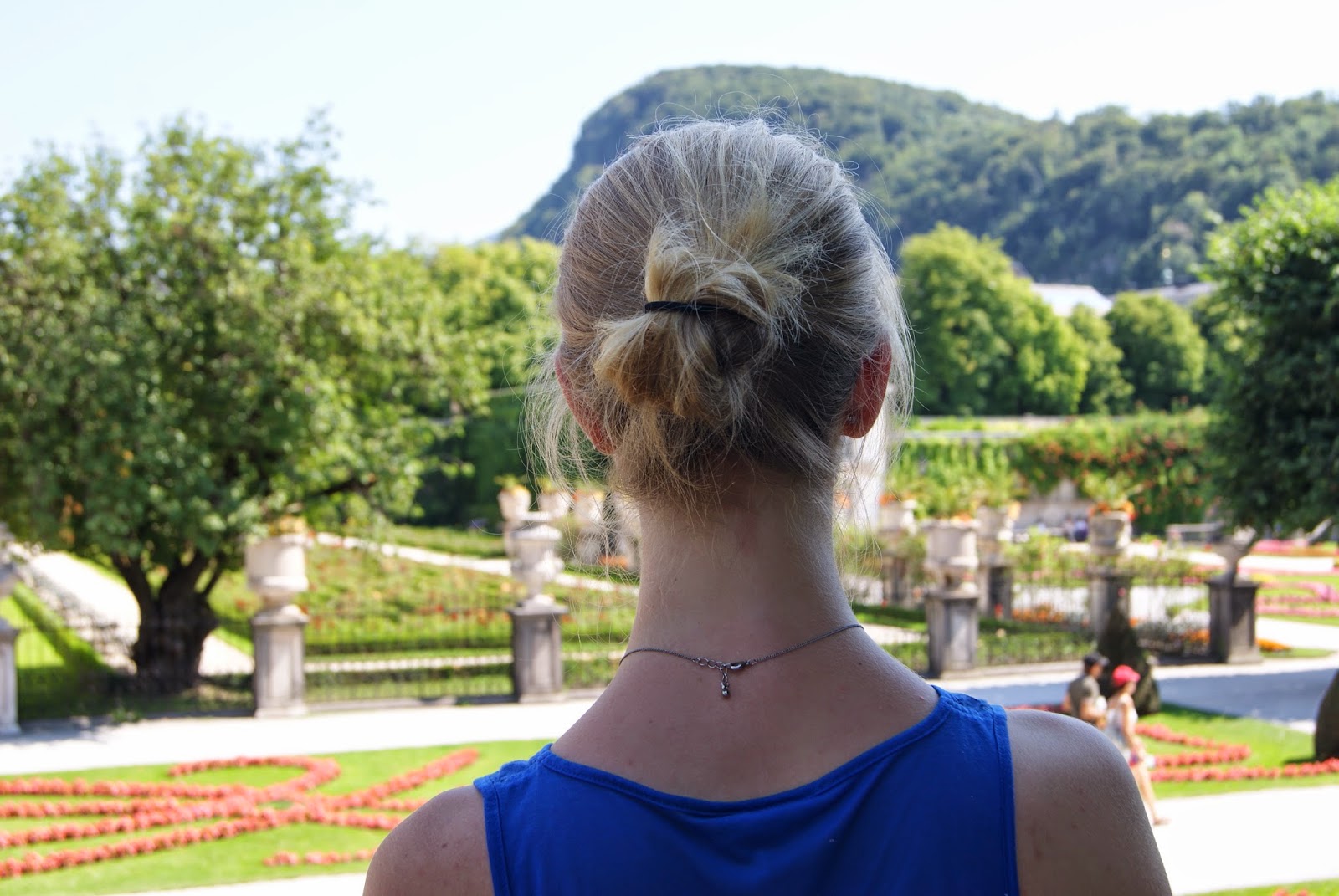