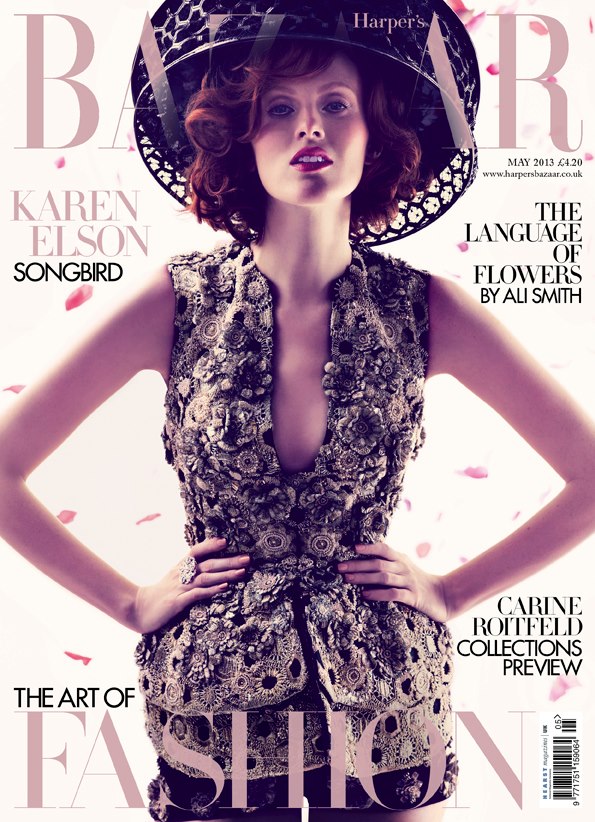 Her skin the color of an alabaster canvas serving as the perfect contrast to her signature flaming red mane, Karen Elson is every photographers dream. Not only do her dramatic features perfectly compliment a selection of rich jewel tones and extraordinary silhouettes, but her impressive portfolio certifies her as a full-blown force in the industry.

Scouted almost 20 years ago off of the streets of her small town in the English countryside, Elson was quickly sent to London where she was put straight on the high-fashion fast-track. Within a year of her discovery she had scored the cover of French Vogue; no small feat for a girl who had spent her adolescence being mocked by classmates for her diminutive frame. Proving her longevity in an industry where a girl’s career can be as short as a single season, Elson became known for her understanding of the story behind the image and her willingness to sacrifice herself in the name of creating a spectacular photograph. 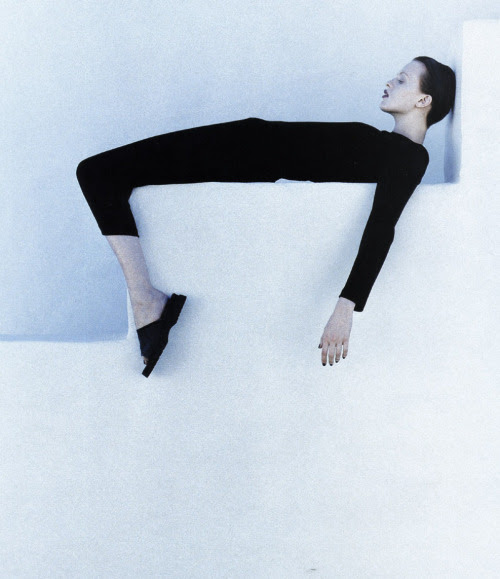 In particular, Elson has only graced the pages of Harper’s Bazaar a hand full of times. Though rare, her work with the magazine is powerful; she has been cast as everything from an androgynous athlete scaling a set of white-washed walls (June 1997) to a romantic flower-child on the cover of the magazine's UK counterpart in the May 2013 issue.

Unrelated to her modeling career, it is worth noting that during the time she spent as Jack White’s wife, she embarked on a musical path of her own, releasing her first solo album, ‘The Ghost Who Walks,’ in 2010. Her seductive voice could have easily be used as the mood-defining soundtrack at many of her past photo shoots, and it seems as if she has drawn inspiration straight from portraying a
‪mystical, woodland–themed ‪ character in many of her past editorials.

Out of the spotlight, Elson has been undergoing many changes in her life, including the recent split from her husband, and father of her two children, Scarlett and Henry Lee, Jack White (of The White Stripes). After enjoying married life in Nashville, Tennessee for six years, they called it quits in June 2011. ‪The ‪ two remain amicable, and even celebrated their highly-publicized break-up with a "divorce party." 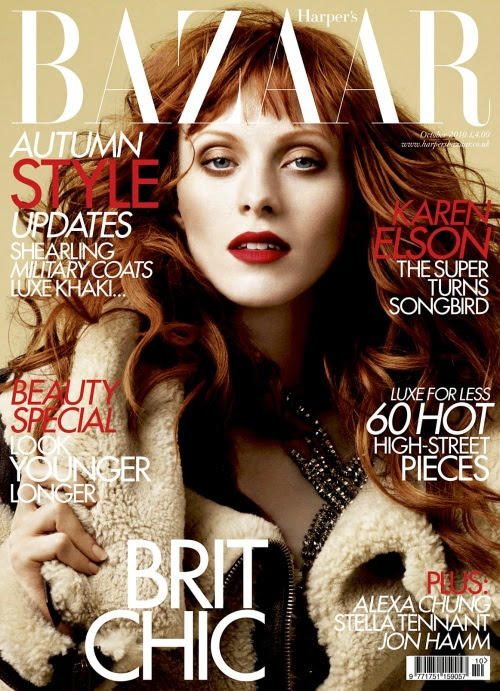 
Though Elson is still relatively new to the publication, it’s fair to make the claim that she represents the archetype of the Bazaar girl. Much like Elson, Bazaar’s power lies in its ability to appeal to the modern woman. While the idea of buying Bazaar could be considered a luxury purchase in and of itself, the magazine’s strong suit is that their content is accessible.

Bazaar’s editors regularly feature pieces which most people could only ever dream of purchasing, but they are presented in such a way that it doesn't alienate the reader. Unlike its competitors, Bazaar doesn’t talk down to readers and has gained a loyal following because of this. Similarly, Elson represents a kind of accessible glamour that fits in with the Bazaar brand. She possesses a kind of ethereal beauty one can only attribute to good genes, yet publicly embraces her flaws. Throughout her body of work she has shown she isn’t afraid to stray from her glamorous image in order to elicit emotion. With this kind of mindset on both sides of the camera, there are truly no ends as to what they can create.
9 comments:
Newer Posts Older Posts Home
Subscribe to: Posts (Atom)