Adventures in Wining and Dining 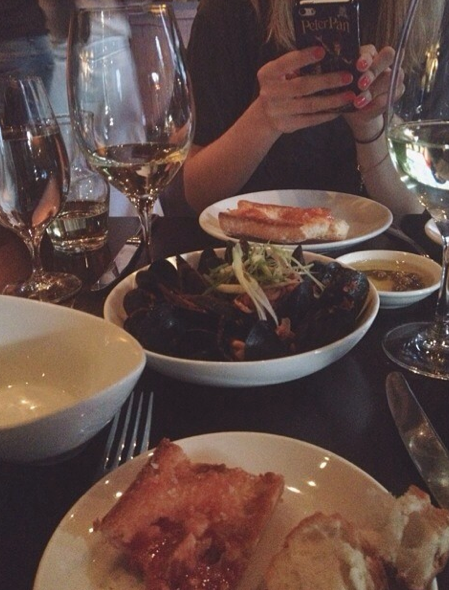 It’s no secret how much I love food. I mean, I work part-time at an indie food magazine and my most visited websites after Fashionista and Tumblr are Eater NY and Joy the Baker…

In some strange way I find trying new restaurants around Manhattan to be a productive activity. Granted, it makes no logical sense but at least it gets me out of the house. As such (mostly due to my obnoxious Instagram feed full of photos of me looking down at various plates of food) I’ve become the go-to among friends looking for recommendations. Here I'll share a few with you all: 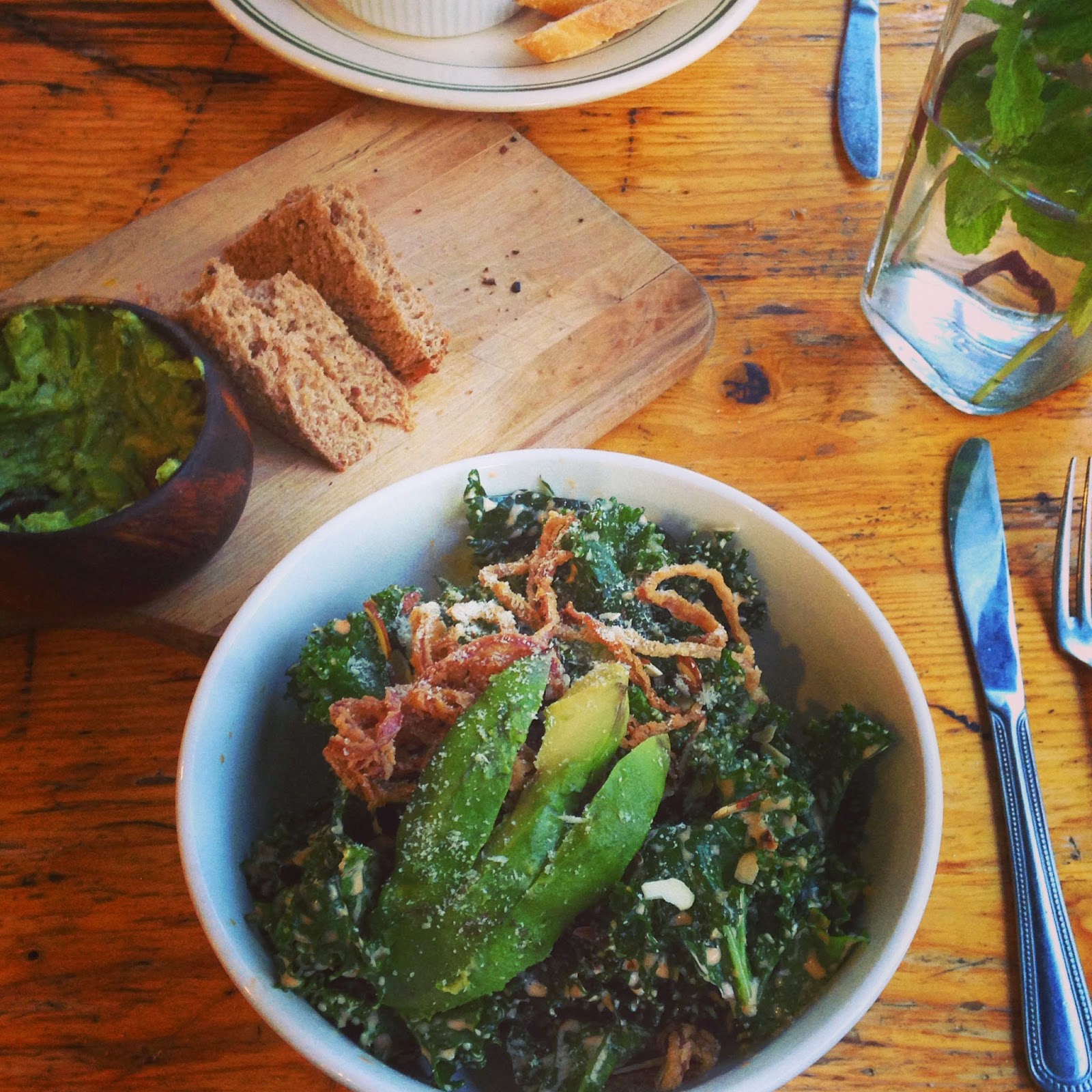 I've always been someone who's never felt truly satisfied after eating a salad. No matter how big or how many ingredients were added, I'm left wanting more. That changed after trying the spicy kale ceasar salad at The Butcher's Daughter. Something about the combination of avocado, almond parmesan and toasted nuts hit all my cravings. You also have to try the avocado toast and at least one of their special juices (for added annoyance, make sure to instagram it!) It's a favorite of supermodels like Chrissy Teigen, Karlie Kloss and even Taylor Swift. 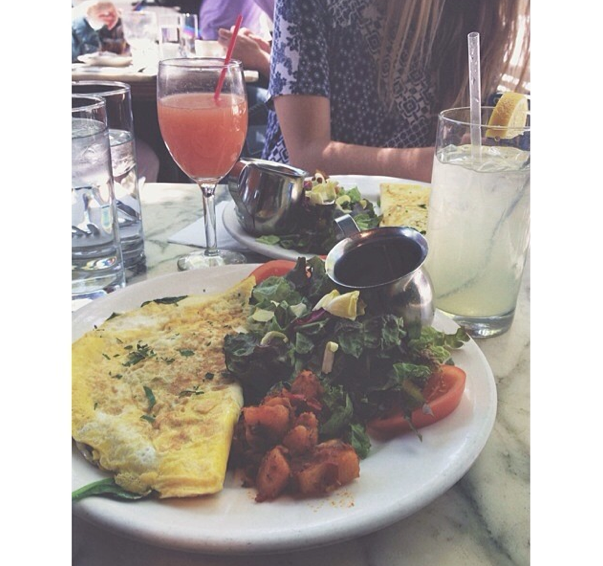 For a brunch away from the 'ladies who brunch' crowd, Edgar's Cafe on the Upper West Side has a  load of great options (especially in the egg and cocktail fields). 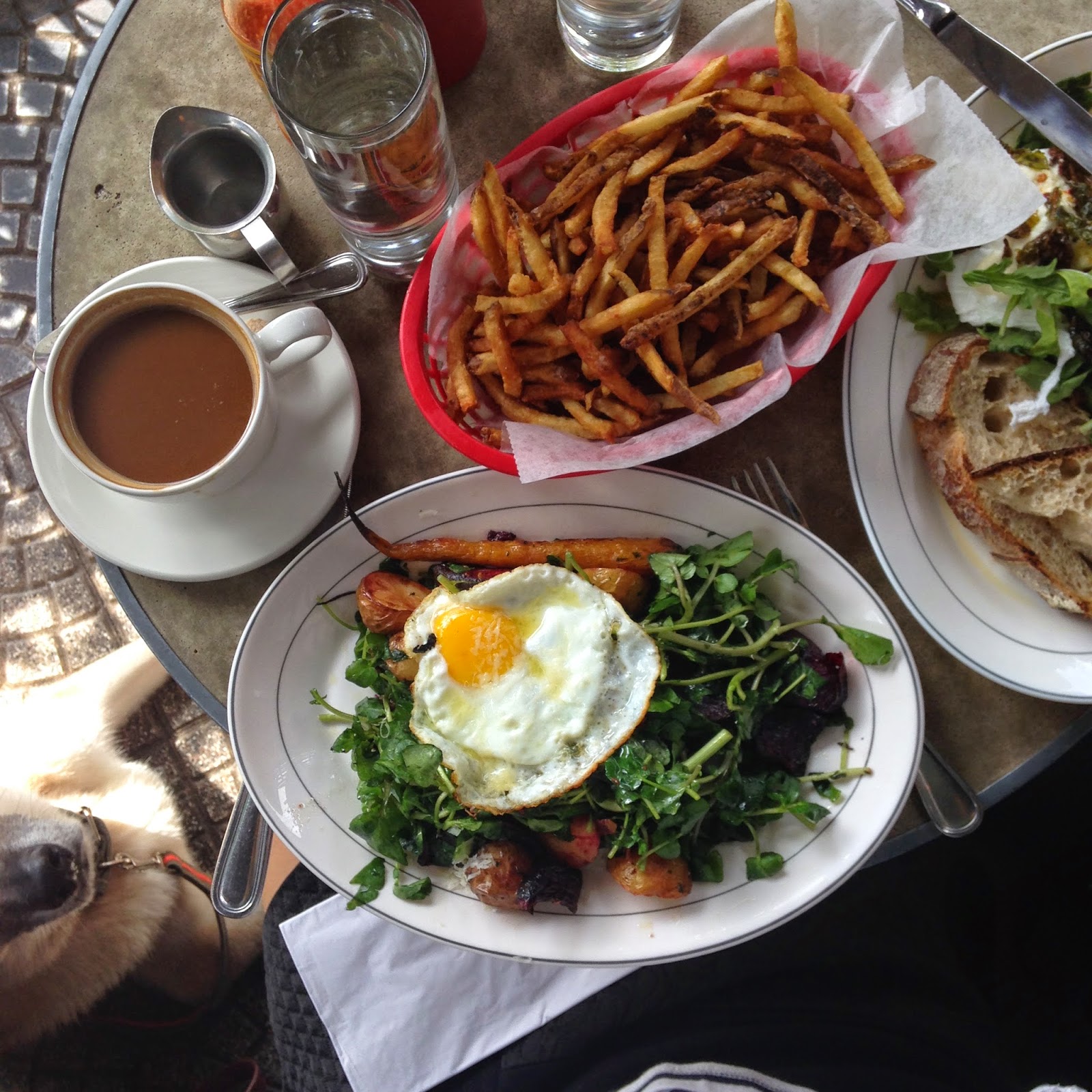 Cafe Colette in Williamsburg has a distinct neighborhood brasserie feel to it, which is a welcome respite from the overly-trendy/ironic beards capital of Williamsburg. Plus I made a ton of new four-footed friends being seated outdoors next to the doggie-biscuit bowl (like Bandit here)! 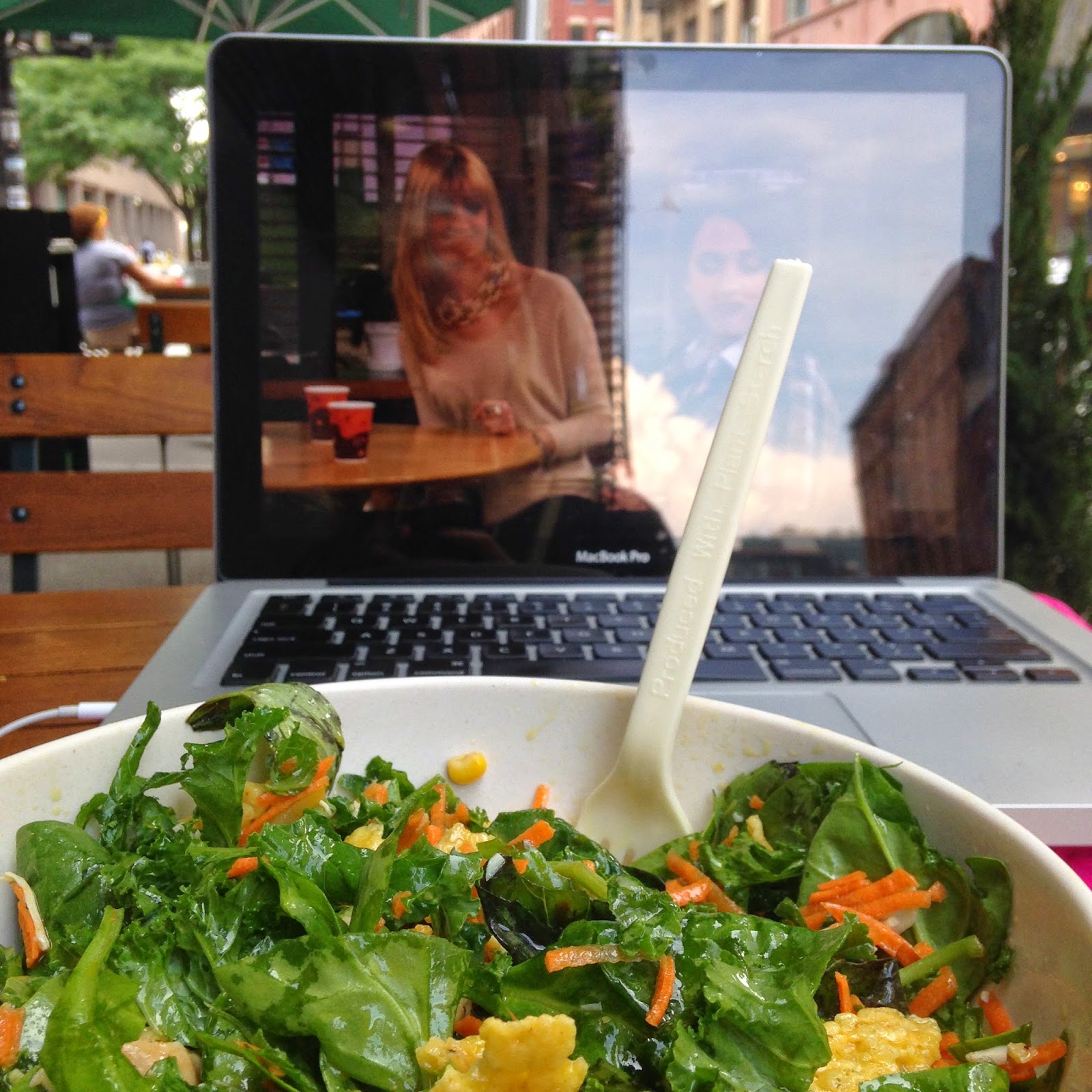 My new favorite spot for a quick dinner in between classes? Sweetgreen, for one of their amazing (and mostly healthy) salads. It's nothing fancy, but oh so yummy. Clearly a great spot for binge-watching (like with 2 Broke Girls, above) outside before it gets to chilly. My absolute favorite place for brunch: The Smith. Mainly for their their special Vanilla Bean French Toast with Caramelized Bananas. I tried to make them at home once based on this recipe which was yummy, but nothing like the real thing. And I am still wishing I'd never found out what was actually included in it... (if you remain blissfully ignorant of the calories, they don't count, right?)