Frejia Beha Erichsen and Chrisitan Brylle as Patti Smith and Robert Mapplethorpe, VMAN.
The commute between 63rd and 3rd, and 25th and 10th, was the only time to read this summer- meaning that in three months I have read a total of two books (Just Kids and Something Borrowed)
Just Kids, a memoir written by Patti Smith, was a touching story about her atypical relationship with Robert. Patti is most known for her music, but surprisingly the book barely touched on her music at all. Robert was a beautiful trainwreck and Patti was his emotional rock. Although they didn't end up together in the end, Patti was still the one on the phone with him while Robert lay on his deathbed. They moved in together after a chance meeting in a book store when they were still teenagers. They stuck together through a robbery in Brooklyn, finacial issues at The Chelsea Hotel, and even when Robert came out to Patti. Its probably one one of the weirdest and most beautiful love stories of our generation.
PS- I am seeing Patti in concert for the first time on Friday at the Escape to New York Music Festival. It's also my first music festival! 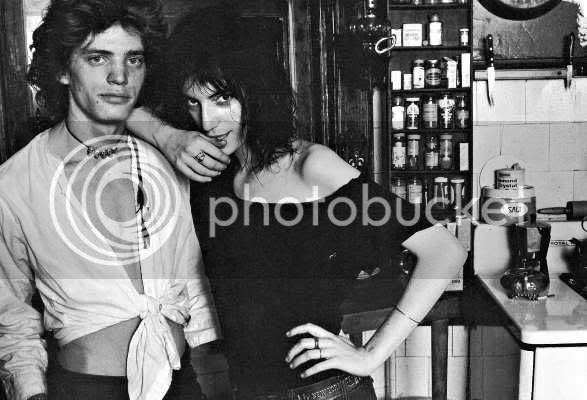 amazing spread of photo!
I love Patti, always been a huge fan... it's so awesome you're going to see her in concert.. take photos if you can, have fun!